“Word of the Year” Contest Tracks Popular History of Japan

For three decades now, an annual ritual has seen the year’s most popular Japanese buzzwords compiled into a list by the publisher Jiyū Kokumin Sha. The long list for 2014 was announced last week. Looking back over the complete 30-year history reveals the preoccupations of the period, offering a scenic route through the changing zeitgeist for newcomers to Japan and nostalgia to anyone with long-term Japan associations.

Around 60 words have won the top prize over the years, partly because the contest was originally split between “new” and “popular” words and partly because there have often been multiple winners even after the two were combined in 1991. (Last year, for instance, there were four cowinners.) Although social trends and business provide some of the words for the longer lists, champions tend to come from the worlds of politics, sport, and entertainment.

Charismatic politician Koizumi Jun’ichirō became prime minister in 2001. One measure of his impact is that a Koizumi lexicon won the “word of the year” grand prize that year. This collection consisted of a total of six terms associated with the verbally dexterous Liberal Democratic Party leader, including his slogan of seiiki naki kaikaku (reform without sanctuaries) and the phrase waidoshō naikaku (“wide show” cabinet), commonly used to describe his media-friendly administration that brought politics to general interest “wide show” television programs. 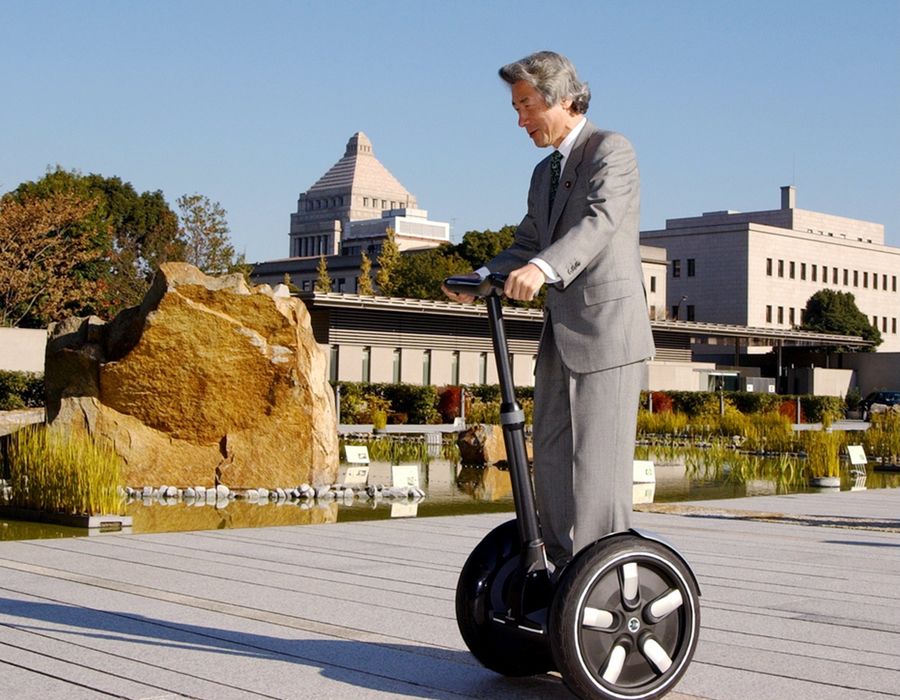 Prime Minister Koizumi travels to work on a Segway, a gift from US President George W. Bush, on December 16, 2005. © Jiji.

Four years later, the selection of Koizumi gekijō (Koizumi theater) reflected the prime minister’s continued ability to orchestrate political drama for media gains. In 2005, he had called an election in the face of opposition by members of his own party to privatization of the postal services. By fielding his own handpicked “assassins” to run against many of these rebels, Koizumi captured media interest with the “theater” of the internal LDP struggle—deflecting it from wider issues concerning privatization, some would say—and ultimately emerged victorious.

However, when Koizumi was first mentioned in a prize-winning term, it was in a dismissive summary of options for LDP leader in 1998: bonjin, gunjin, henjin (mediocre, militaristic, crackpot). Koizumi was the “crackpot” in that list, having not fully honed his media image, and the “mediocre” Obuchi Keizō went on to become both leader and prime minister. In the same year, the American political analyst John F. Neuffer declared that Obuchi had the pizazz of a “cold pizza,” a comment on his limited appeal that made the top-ten shortlist.

The following year was better for Obuchi. He became known for ringing up magazine writers and even startled members of the public who had previously sent him email. His way of introducing himself, “Hello, this is Keizō,” and then clarifying with, “This is Obuchi,” gained him a man-of-the-people reputation. It also brought him a winning word in 1999, bucchihon, a portmanteau of Obuchi and terehon (telephone), for his out-of-the-blue phone calls. 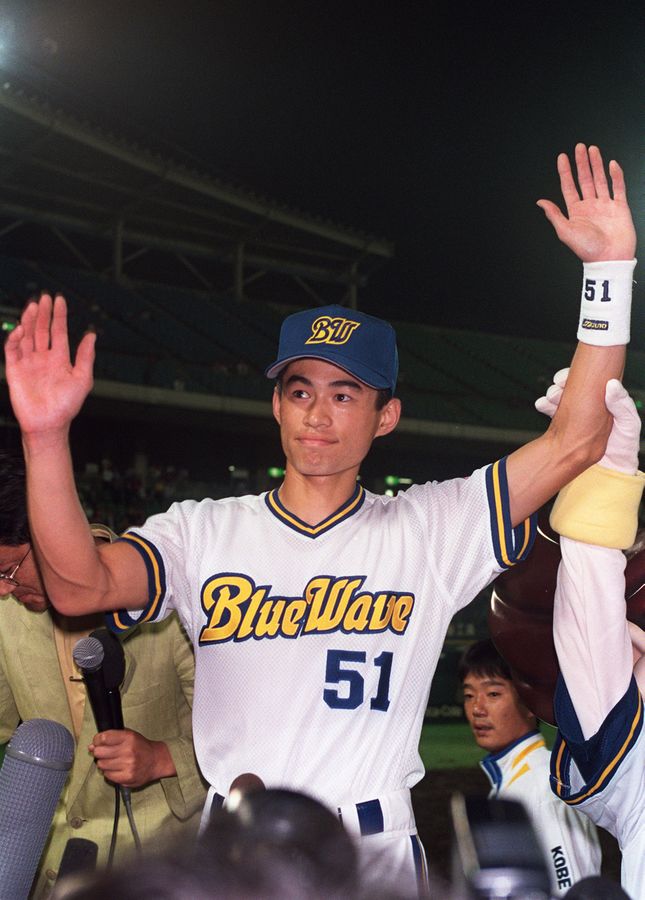 When it comes to sport, the champion terms often simply refer to athletes who have had a particularly successful year, as in 2007’s Hanikami ōji (Bashful Prince), the nickname of new golf star Ishikawa Ryō, or back in 1994 when Suzuki Ichirō’s emergence on the baseball scene led to talk of the Ichirō kōka (Ichirō effect). Meanwhile, swimmer Kitajima Kōsuke’s 2004 Olympic gold medal double was commemorated in his excited, slangy chō kimochi ii (I feel super good), which he memorably gasped to a reporter after one victorious race.

At first glance, the soccer winners offer a barebones history of the game in Japan with J-rīgu (J-League) in 1993, its foundation year, followed by Wārudo Kappu(*1) (World Cup) in 2002, when Japan and South Korea were joint hosts, and the women’s world champions Nadeshiko Japan in 2011. But 2002 also paid tribute to the village of Nakatsue in Ōita Prefecture, which shot to fame through its enthusiastic welcome of the Cameroon national team, building a friendship so strong that villagers actually supported Cameroon against Japan in a 2010 World Cup match.

The very first “new word” prize in 1984 went to Oshindorōmu (Oshindrome), coined to describe the phenomenal popularity of the biggest of the NHK morning dramas, Oshin. The “syndrome” hooked the nation to the serial about the perseverance in the face of hardships of a Japanese woman born at the turn of the twentieth century. And television fared strongly in last year’s contest too, with two winners coming from dramas and one from a television commercial.

Among the more unusual winners was Tama-chan, a bearded seal named after the Tamagawa, the Tokyo-area river where it was discovered. Bearded seals are rarely found very far south of Hokkaidō, and even less frequently far inland; the hullabaloo surrounding Tama-chan’s activities was commemorated in 2002’s winning words. The seal was seen intermittently in the area until 2004 before disappearing from view.

Ephemeral though they often are, buzzwords can be a fun way of getting to know the language and country better. Those who wish to see the full lists (in Japanese) can find them at the prize’s dedicated page.

(*1) ^ Written Ｗ杯, there is some disagreement about whether this is pronounced daburyū-hai or wārudo kappu, although the latter is more common.