The Japan Sports Agency is launched as an external bureau of the Ministry of Education, Culture, Sports, Science, and Technology with the aim of improving athletic performance ahead of the 2020 Summer Olympic and Paralympic Games in Tokyo. Suzuki Daichi, winner of the gold medal in the men’s 100-meter backstroke at the 1988 Seoul Olympics, is named head of the agency.

Times Higher Education announces this year’s World University Rankings (September 30 UK time). The University of Tokyo falls from 23rd to 43rd overall and from top to third-highest in Asia. Kyoto University is the only other Japanese university ranked in the top 200, dropping from 59th to 88th.

The B-1 Grand Prix, showcasing local dishes, is held in Towada, Aomori Prefecture. A team from Katsuura, Chiba Prefecture, wins for its tantanmen, a spicy ramen concoction. Over 300,000 people attend over the two days of the competition.

“My Number” legislation, under which all residents of Japan will be assigned 12-digit identification numbers for taxation and social security purposes, comes into effect with the aim of increasing efficiency.

Japan, the United States, and 10 other countries reach agreement on trade and investment rules for the Trans-Pacific Partnership. Domestic ratification of the agreement in each of the countries will confirm the creation of the world’s largest free trade zone, covering 40% of the global economy.

Ōmura Satoshi is named among the three winners of the 2015 Nobel Prize in Physiology or Medicine for the discovery of the microbe avermectin, which became the basis for treatment of river blindness and other parasitic diseases in the developing world. Ōmura is the third Japanese winner of the medicine Nobel after Tonegawa Susumu in 1987 and Yamanaka Shin’ya in 2012.

Kajita Takaaki shares the 2015 Nobel Prize in Physics with Arthur McDonald for the discovery that neutrinos have mass. Kajita studied the subatomic particles at the Super-Kamiokande neutrino detector in Gifu Prefecture. He follows the trio of Akasaki Isamu, Amano Hiroshi, and Nakamura Shūji, who won the 2014 physics prize, and is the eleventh Japanese physics winner.

In a cabinet reshuffle, Prime Minister Abe Shinzō retains 9 out of 19 ministers including Deputy Prime Minister Asō Tarō and Chief Cabinet Secretary Suga Yoshihide. Katō Katsunobu is appointed to the newly created position of minister for promoting dynamic engagement of all citizens. 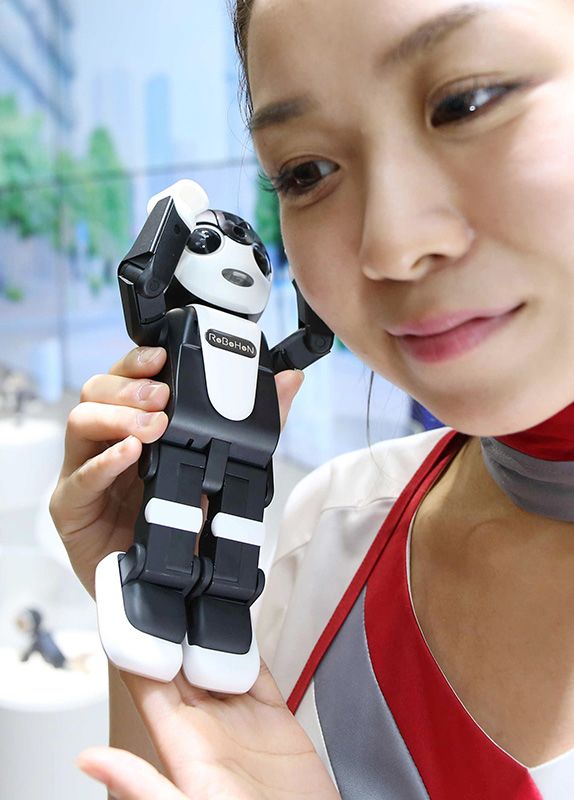 Robohon, Sharp’s new combination robot/smartphone, was on display at CEATEC in Chiba. Photo from October 6, 2015. (© Jiji)

Japan’s biggest electronics and IT exhibition CEATEC is held at the Makuhari Messe convention center in the city of Chiba. A record-low 531 companies take part as many traditional electronics firms choose not to attend, but with the exhibition shifting its focus to the Internet of Things, Rakuten and other companies in the service industry are a notable presence.

UNESCO accepts two Japanese nominations for its Memory of the World program: memoirs and drawings by former soldiers held in Siberian labor camps after World War II and archives from the temple of Tōji in Kyoto. Documents submitted by China relating to the Nanjing Massacre are also accepted, drawing criticism from Chief Cabinet Secretary Suga over the fairness of the decision.

At the Rugby World Cup in England, Japan defeats the United States 28–18, following victories against South Africa on September 19 and Samoa on October 3. Despite this best-ever performance, it finishes third in Pool B based on points difference and does not progress to the knockout tournament.

Toyota announces plans to reduce sales of vehicles powered entirely by gasoline to almost zero by 2050. By promoting the use of hybrid and fuel cell vehicles, it aims to reduce carbon emissions from its cars by 90% by 2050 compared with 2010 levels, in addition to eliminating emissions during the manufacturing process.

After a Yokohama condominium building sold by Mitsui Fudōsan begins to tilt, it is discovered that some of the piles used to support the building did not reach the bedrock, and that construction data was falsified to conceal this. Asahi Kasei, the firm whose subsidiary conducted the piling work, announces on October 22 that it will check some 3,000 other sites where the company conducted similar work.

Japan is elected as a nonpermanent member of the United Nations Security Council for the eleventh time. It will represent the Asia-Pacific region for two years, beginning in January 2016.

Prime Minister Abe becomes the first incumbent Japanese prime minister to board a US aircraft carrier as he visits the USS Ronald Reagan, flying there by helicopter after a Maritime Self-Defense Force fleet review in Sagami Bay off Kanagawa Prefecture. 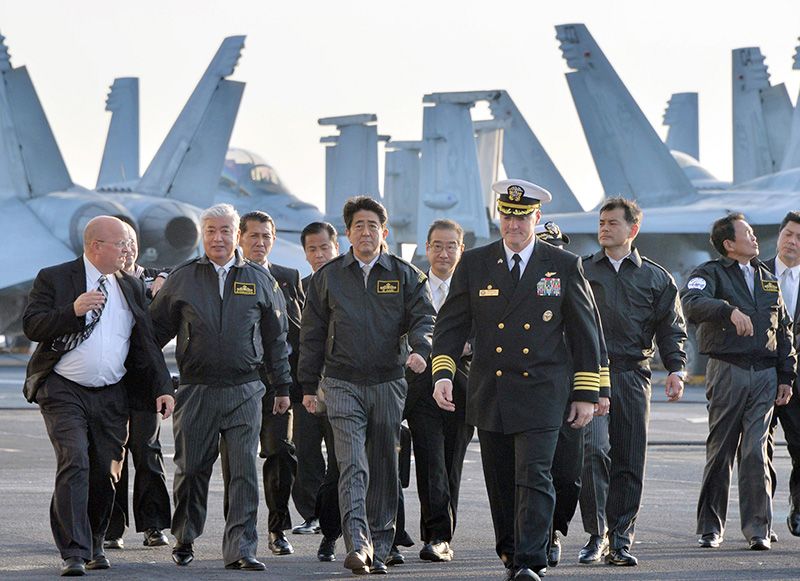 Prime Minister Abe (center) on board the USS Ronald Reagan in Sagami Bay off Kanagawa Prefecture on October 18, 2015. (© Jiji)

The national government starts work at Henoko in Nago, Okinawa Prefecture, as part of an ongoing plan to relocate the US Marine Corps Air Station Futenma from Ginowan. Due to the prefectural government’s cancellation of approval for land reclamation, it begins with necessary preparation work on existing land at Camp Schwab, Henoko. The prefecture objects and is likely to appeal to the Central and Local Government Dispute Management Council.

The Tokyo Motor Show opens at Tokyo Big Sight. A total of 160 companies from 11 countries take part in the biennial event, which features 76 world premieres and 68 Japan premieres. It will be held until November 8. 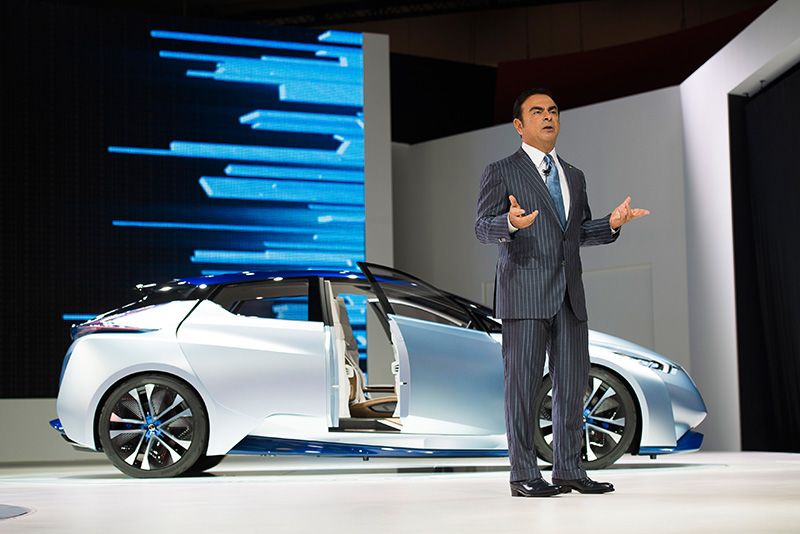 Nise—O Coração da Loucura (Nise: The Heart of Madness) by the Brazilian director Roberto Berliner wins the Sakura Grand Prix on the last day of the Tokyo International Film Festival, which opened on October 22.