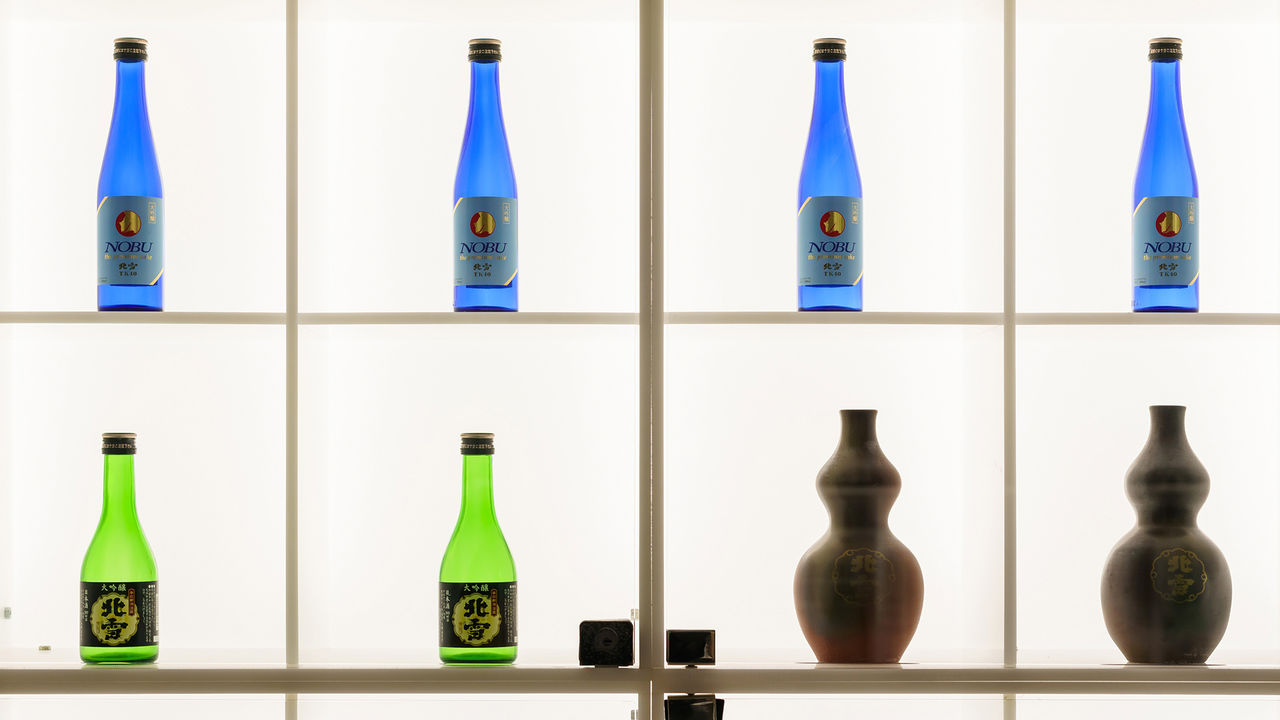 Apr 30, 2018
The climate, water, and rice on the island of Sado are all perfect for making sake. The Hokusetsu brewery has been in the business for over 150 years and today is carving out new fame as the sole supplier to the high-end Nobu chain of Japanese restaurants.

The Hokusetsu sake brewery boasts a history of more than a century and a half. It is based in a charming building in the southwest of Sado, an island in the Sea of Japan off the west coast of Niigata Prefecture.

After stepping through the entrance curtain, I talk to brewer Chikuzen Yoshimi. Despite the traditional Japanese atmosphere and relatively remote location, she tells me that a surprisingly high 20%–30% of the brewery’s sales are exports. “They all go to the same restaurant chain, though,” she adds. 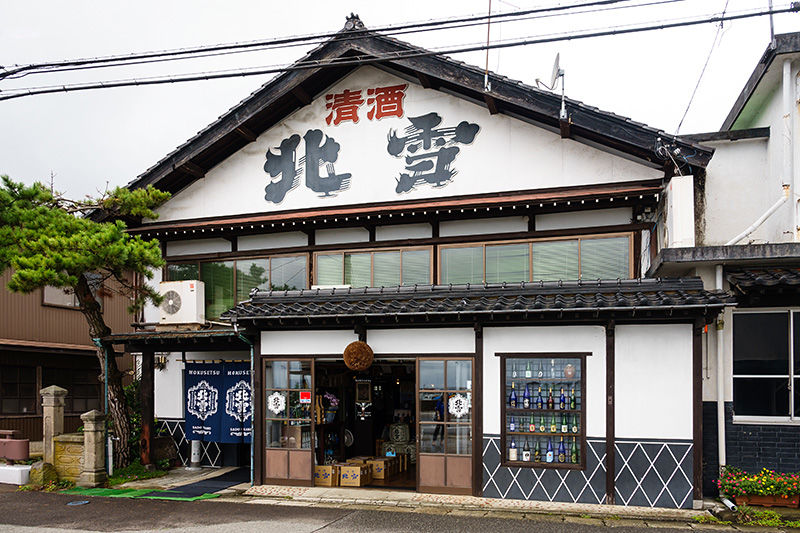 The brewery building includes a shop at the front. Farther inside are the brewery itself, tanks, and a storage area.

Hokusetsu’s foreign buyer is the Nobu chain of Japanese restaurants, which are popular dining spots for celebrities around the world. The company was founded by chef Matsuhisa “Nobu” Nobuyuki and Hollywood star Robert De Niro. Their relationship goes back around 30 years and has even led to small film roles for Matsuhisa. Rock musician Yazawa Eikichi recommended the brewery to the chef after falling in love with the sake when he received it as a gift from a fan. 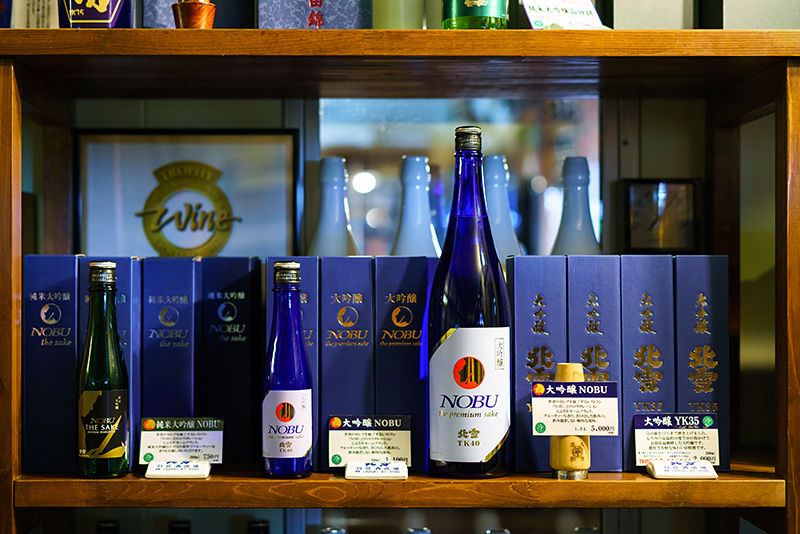 Hazu Fumio, the Hokusetsu company president, first met Matsuhisa in 1994. This was in the establishment named after the chef, which was then the hottest venue for Japanese cuisine in Beverley Hills, California.

At the time, the export business was unknown territory for Hokusetsu. Matsuhisa asked for an exclusive deal. He wanted to monopolize the brewery’s exquisite taste for his own restaurants, although he only had two then: Matsuhisa Beverly Hills and Nobu New York City. In return, he promised that the restaurants would not sell any other kind of sake. Struck by the chef’s personality and determination, Hazu immediately shook on the deal.

“There wasn’t much of a foreign market for sake then,” Hokusetsu director Nakagawa Yasuo recalls. “It was generally served hot overseas, and the best sake [almost always enjoyed chilled] didn’t go for export. This was when our relationship with the Nobu chain began. Now it’s important for us to brew a product that matches the high quality of Nobu’s cuisine.” 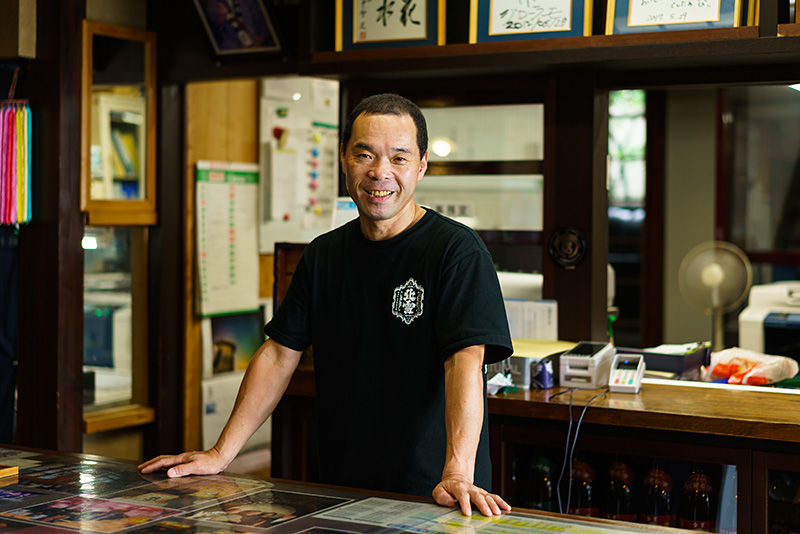 Hokusetsu director Nakagawa Yasuo is all smiles as he chats about his brewery’s export success.

The Nobu group has grown to comprise more than 40 businesses, including not just restaurants but hotels and fully serviced residences as well. This has contributed greatly to Hokusetsu’s bottom line. As the friendship between Hazu, Matsuhisa, and De Niro has deepened, the actor is now said to refer to Sado affectionately as “Sake Island.” 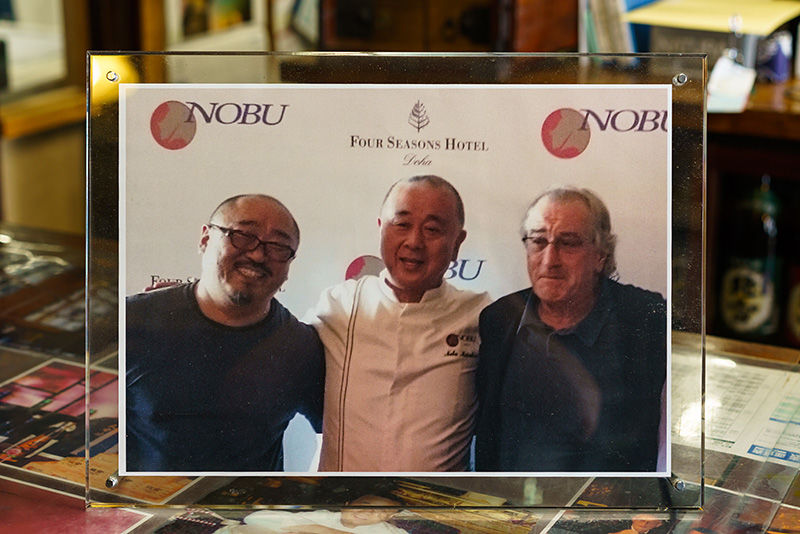 Chikuzen wanted to see where the sake she made was drunk, so she made a trip to Nobu in New York. “I felt nervous in such a high-end restaurant, but when the staff heard that I worked for Hokusetsu, they looked after me really well.  I was so touched that Nobu treated our little island brewery as a valued partner. Watching the customers happily enjoying their sake, I felt tears rising to my eyes.” 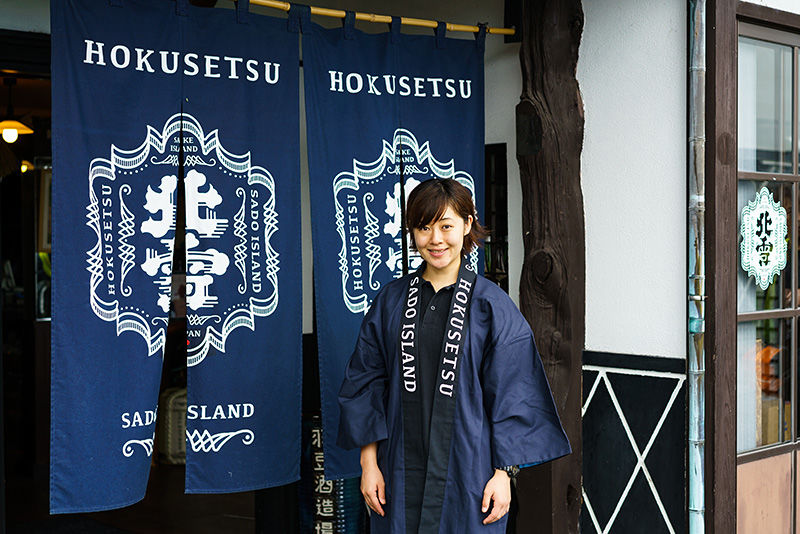 As in its relationship with Nobu, in its brewing Hokusetsu stresses the importance of cooperation. There is also a strong pride in its Sado background. 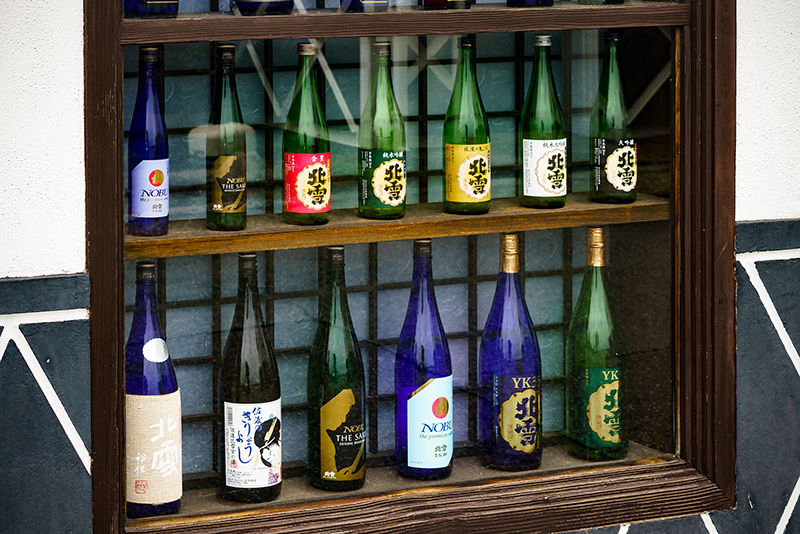 “Sado’s water and climate are excellent,” Nakagawa says. “And most importantly, there are good people here. Locals tend to be calm in nature and show a unified spirit when something needs to be done. This emphasis on harmony is a strength in craftsmanship.”

Sado’s brand of teamwork can be seen in the village festivals that take place on the island and the strong sense of community in its settlements. Hokusetsu has close associations with the island’s farmers, who grow varieties of rice particularly suitable to sake brewing, such as Koshitanrei and Gohyakuman-goku. 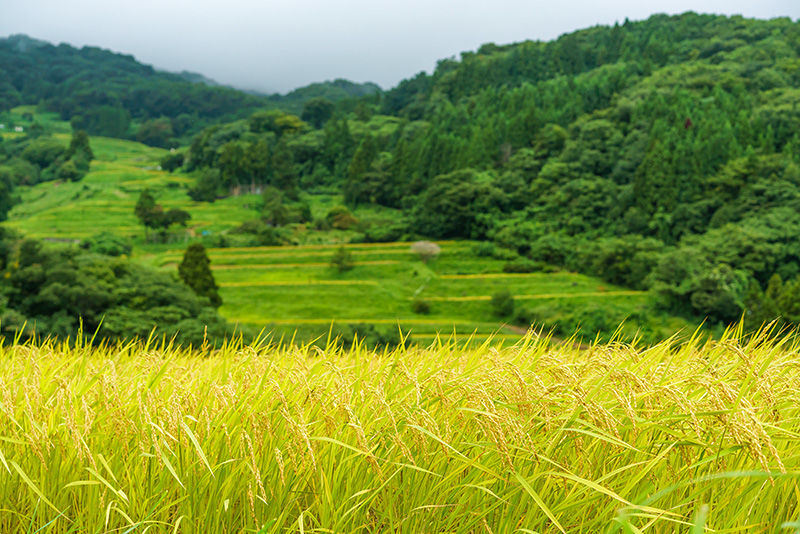 For Chikuzen, the crested ibises in these farmers’ paddy fields testify to the quality of Hokusetsu sake. The extinction crisis the birds once faced is thought to have been caused partly by the use of pesticides. Now there are 300 crested ibises on Sado. As she notes proudly, they do not fly to fields where a lot of pesticides and chemical fertilizers have been used. 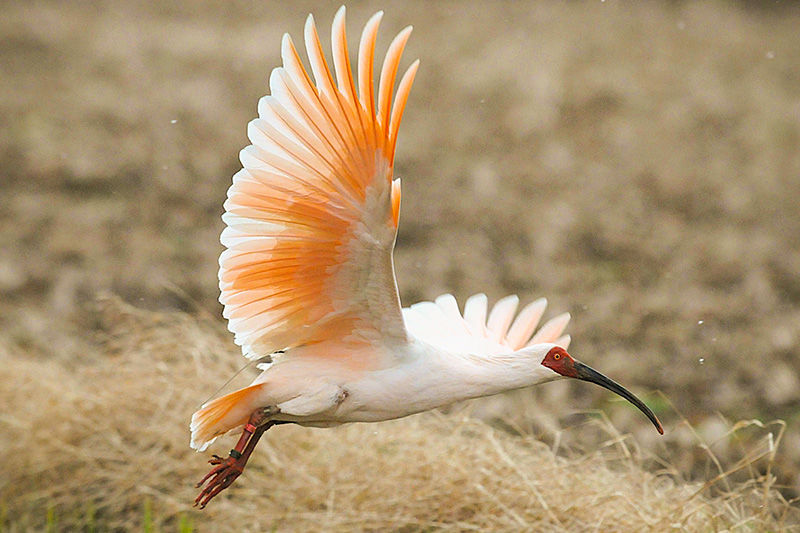 Local history and techniques also come into play in a method of storage. In the past, sake was stored in unused tunnels of the island’s gold mine. This shielded the drink from the harmful effects of ultraviolet rays and maintained the product at a temperature of 10ºC all year round. Today Hokusetsu also sells a stronger drink, the distilled rice shōchū Kinsetsu Kirara, which is matured in a mine tunnel.

In its standard storehouse, the brewery uses ultrasound and music as part of production. The vibrations mix alcohol and water together, speeding the maturing process and providing a smoother flavor. The scientific proof of the method’s effectiveness only came recently, but in the heyday of the Kitamaebune shipping route in the Edo period (1603–1868), it was said that sake that had been shaken around onboard a ship had a better flavor. This traditional saying encouraged the rapid uptake of the new technique. 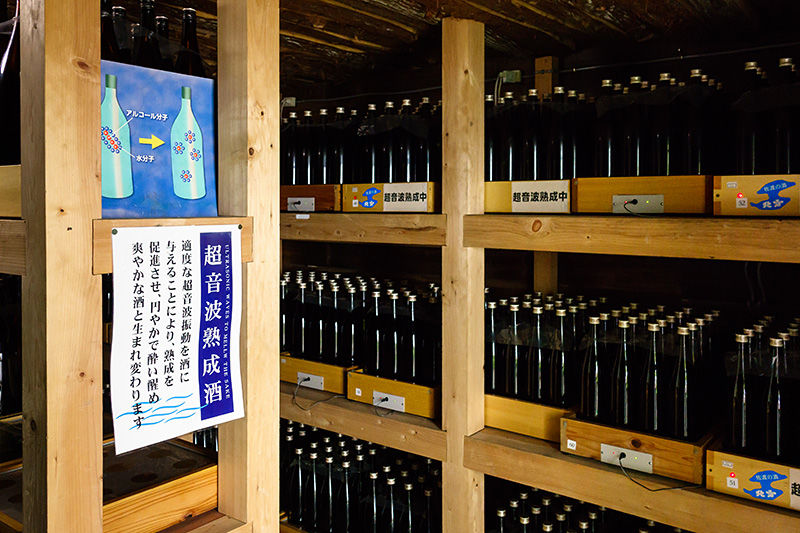 Sake maturing with the help of ultrasound waves.

An island brewery faces hurdles including the cost of transporting materials in and products out. Hokusetsu has worked to make the best of the individuality its location provides.

It also tries new things. The recent installation of a centrifuge for straining made possible a fruitier ginjō fragrance and a fuller flavor. In search of new tastes, the brewery is testing out rice from further afield. Using Hyōgo Prefecture’s celebrated Yamadanishiki brand, polished to just 35% of the kernel, it developed the YK35 series. Brewed using a slow, cold fermentation process, the series has won several awards. Just as Nobu has grown, Hokusetsu’s sake has made great progress. 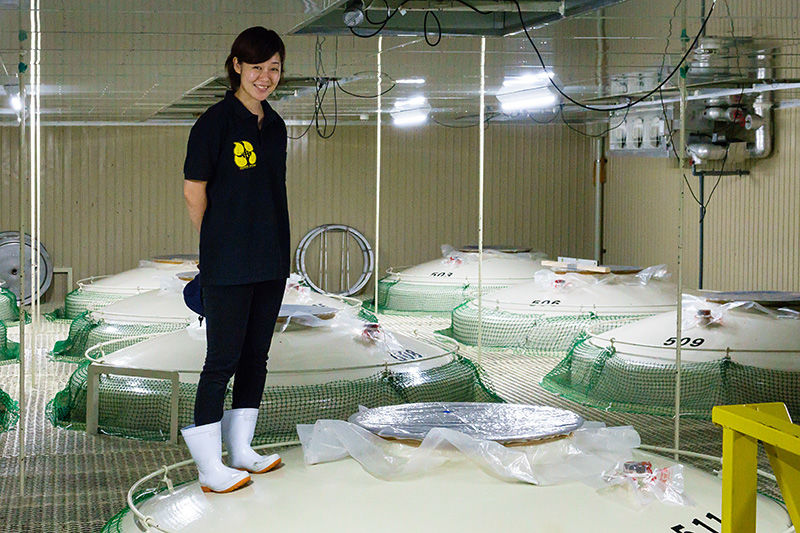 Hokusetsu is sold at a single expensive chain of restaurants overseas, but in Japan it is easy and cheap to enjoy. It is particularly beloved in its native Niigata Prefecture, where it is often available at izakaya pubs. At the brewery itself, it is possible to sample several varieties for free. For sake fans, it is certainly worth a visit. 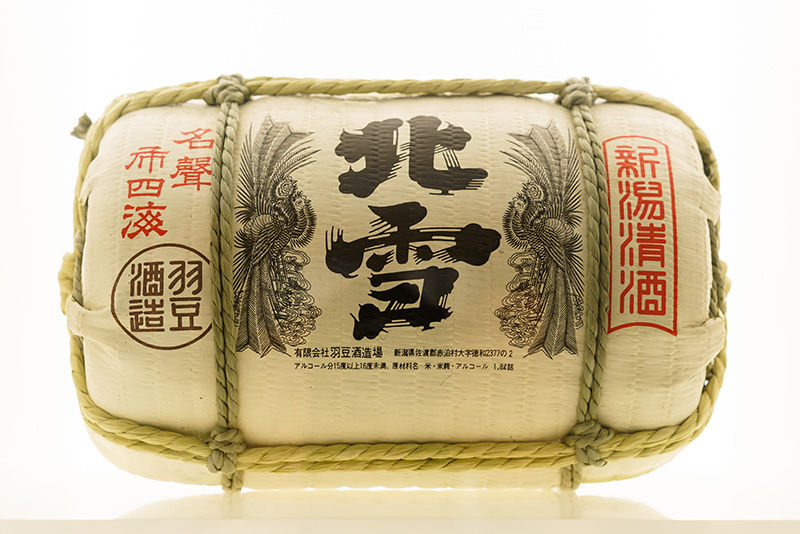 (Originally published in Japanese on December 26, 2017. Reporting and text by Aoki Yasuhiro. Photographs by Miwa Noriaki.)