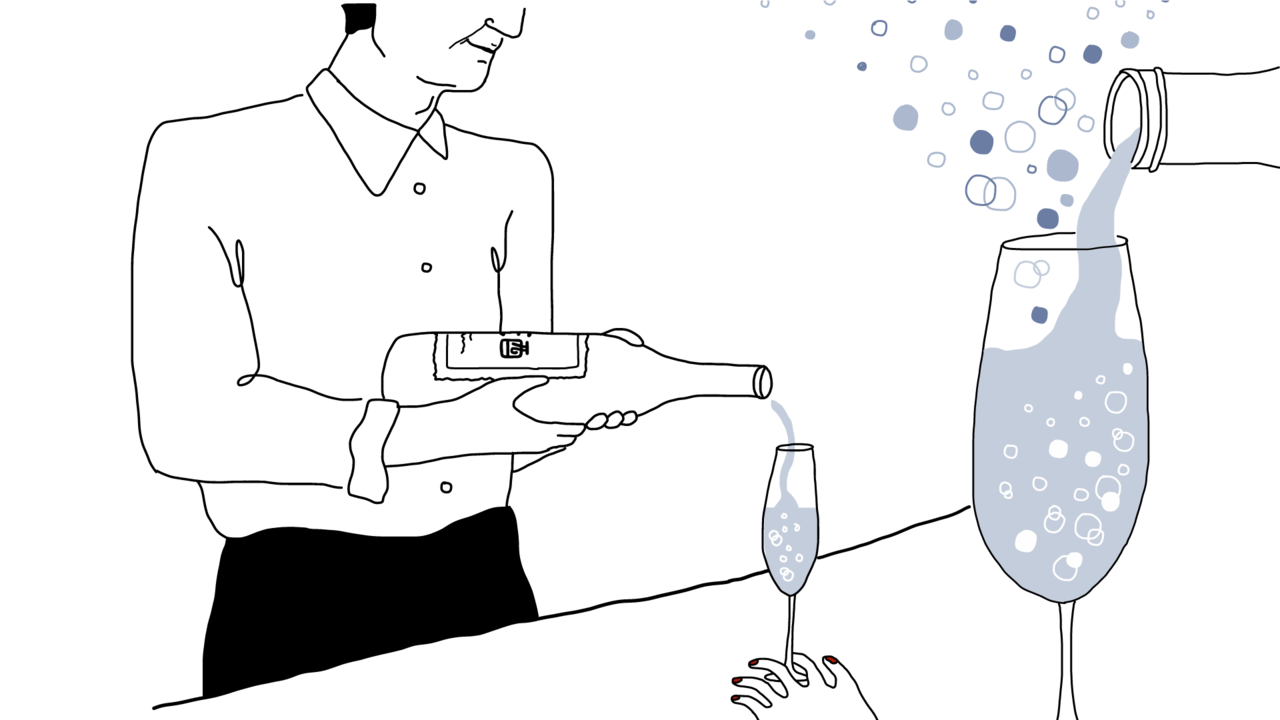 Know Your “Nihonshu”: The Many Faces of Sparkling Sake

Culture Jun 20, 2018
Joe’s initiation into the world of nihonshu continues at a Tokyo sake bar, where Kaori (who knows her nihonshu) introduces him to a popular newcomer, sparkling sake.

JOE Whew, it’s really hot out. I know we’re at a sake bar, but I think I’d like to start with a nice refreshing beer, if you don’t mind.

KAORI I get it. A day like this calls for something cold and . . . shuwa-shuwa!

KAORI It’s the sound of tiny bubbles popping. I think “fizzy” is how you say it in English. Beer and champagne have it. And so does sparkling sake.

JOE Sparkling sake, huh? Intriguing. Do they have it here?

BARKEEPER We certainly do. Several varieties, in fact.

KAORI Barkeeper, meet Joe. He’s a university student here, and his new outside interest is nihonshu.

BARKEEPER Well, in that case, let me give you each a different variety to taste. Enjoy!

JOE In these stemmed glasses, it looks a lot like Champagne.

BARKEEPER The long, slender wine glasses are called flutes. They enhance the visual effect of the bubbles rising to the surface, and they also hold the carbonation longer.

KAORI Mmm, mine is fruity and really drinkable. It’s not heavily carbonated, and it’s pretty light-bodied.

BARKEEPER It’s only 5 percent alcohol, about the same as beer. Your typical nihonshu is about 15 percent. So, it’s a good drink to start out with.

JOE Mine is quite fizzy, which I like. It’s got a zingy texture and a kind of lemony smell. What a perfect summer drink!

BARKEEPER Yours is 15 percent alcohol, which is about average for nihonshu

JOE You wouldn’t know it; it’s so refreshing. And I have to say, I would never have guessed that this was brewed from rice!

KAORI They both go down so easy! We should probably slow down.

BARKEEPER How about something to eat? I recommend the salmon sushi bites and the deep-fried aji [Japanese horse mackerel].

JOE Mine goes great with the fried fish—something about its dry, crisp aftertaste.

BARKEEPER Ready for something a little different? Here, give this a try, Joe.

BARKEEPER It’s nigori-zake. They use a coarse filter, so some sediment from the moromi gets through.

KAORI Moromi is the mash. It’s a soupy, fermented mixture consisting of rice, water, kōji mold culture, and yeast. It’s what they press and filter to get the sake. With conventional nihonshu, they use a fine filter to produce a clear liquid—that’s what they mean by seishu. With nigori-zake, they use a coarser filter that allows fine particles through, creating this milkiness, or cloudiness—nigori.

BARKEEPER I see you know your nihonshu!

JOE Interesting! What gives it the fizz?

BARKEEPING This is called kassei nigori. Kassei means “active” or “living.” What they do is bottle the sake without pasteurizing it, while the yeast is still active. The live yeast produces carbon dioxide, so you get a natural fizz. Now this one.

KAORI This is also milky in color, but it seems more bubbly than Joe’s.

BARKEEPER When they bottle this sake, they add some moromi that isn’t fully fermented, so the yeast keeps fermenting and producing carbon dioxide in the bottle. It actually builds up a certain amount of pressure, so you need to be careful when opening it.

There are a number of different methods for carbonating sake. Sometimes they add the carbon dioxide gas under pressure, after filtration. In recent years, brewers have been experimenting with various techniques, and excellent new products have been appearing one after the other.

A Sake for Every Occasion

KAORI This last one is quite deep in flavor but really well balanced—sugar, acid, and umami. And I think the strong carbonation acts as a kind of appetite stimulant. In fact, I think I’m ready for something more substantial. How about a meat dish?

BARKEEPER Shall I sear some steak?

JOE I’d go for that!

JOE So, sparkling sake really runs the gamut—from light and refreshing to something full-bodied that you can pair with beef.

KAORI There’s more to nihonshu than you thought, right?

JOE Umm, nothing. I mean—I’m looking forward to our next lesson . . . sensei!

(Originally published in Japanese. Banner and illustration by moeko) 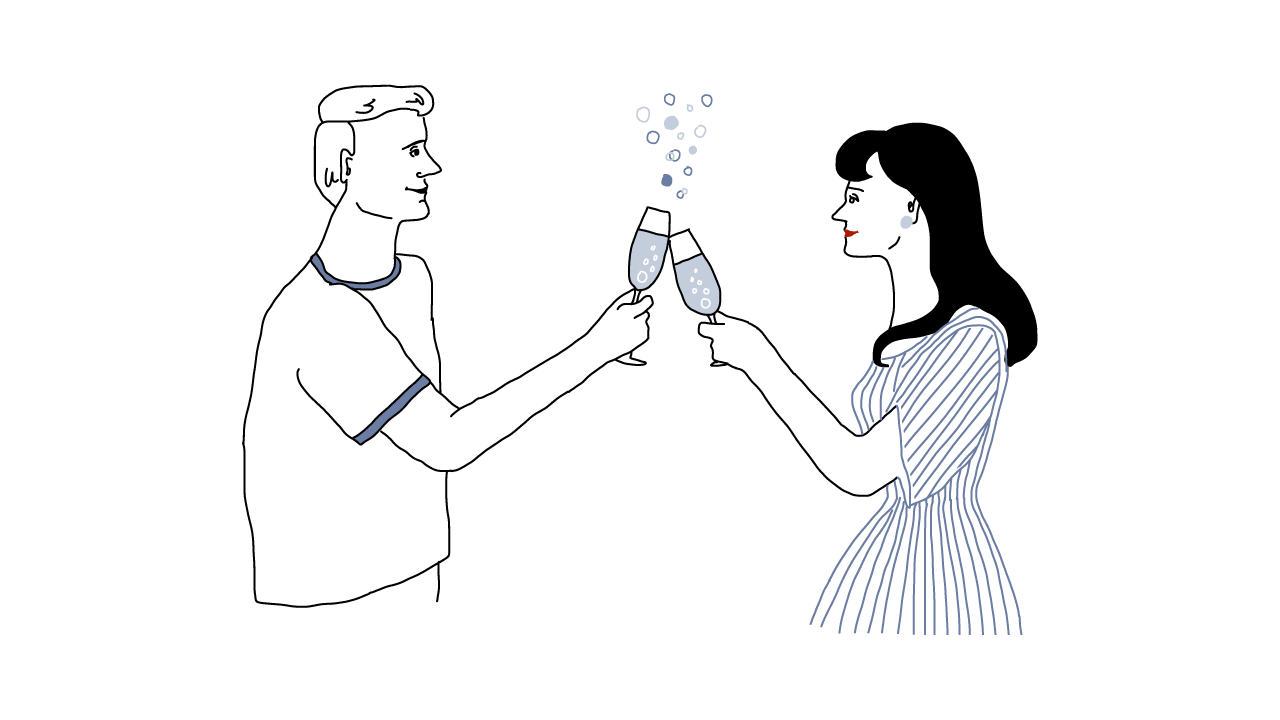