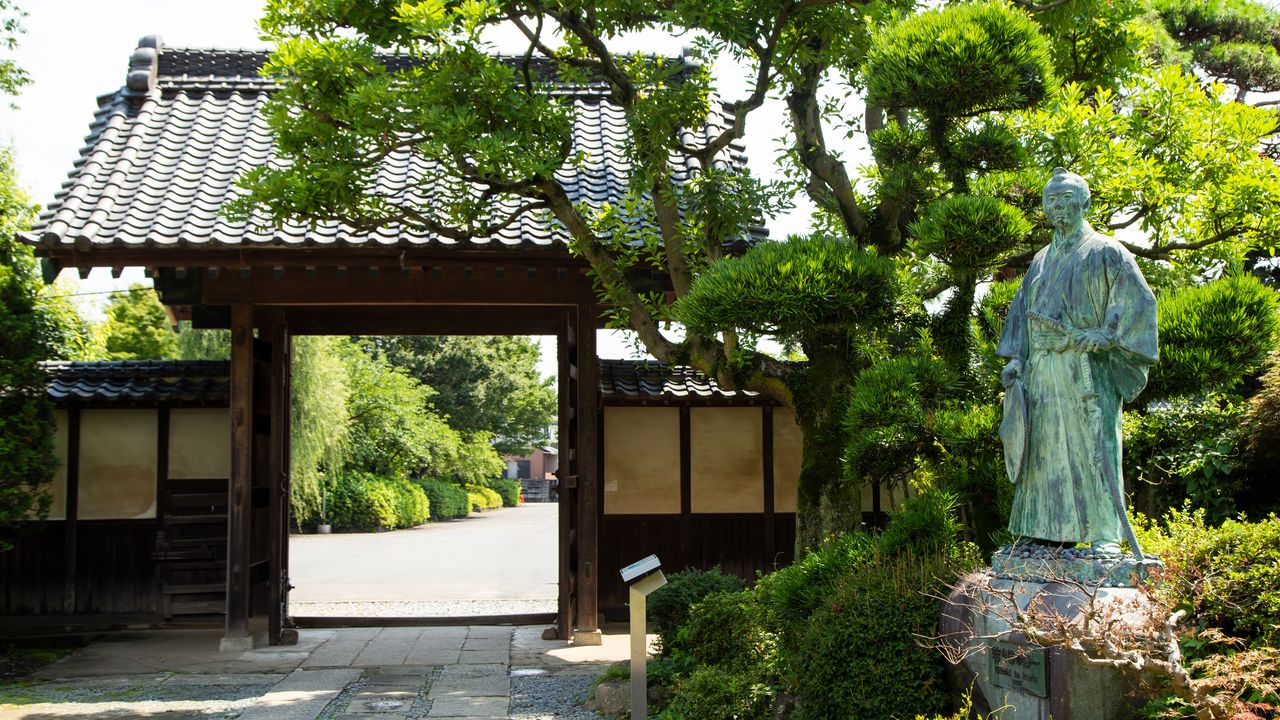 Business Master and Mentor: The Birthplaces of Shibusawa Eiichi and Odaka Junchū

Travel Oct 24, 2019
The new ¥10,000 note, scheduled for a 2024 release, will feature a portrait of the “father of modern Japanese capitalism,” Shibusawa Eiichi. We visited sites connected with Shibusawa in his birthplace, Fukaya, in northern Saitama Prefecture.

A Cradle for Ambition and Business Acumen

Shibusawa Eiichi used the pseudonym Seien (literally “Blue Pool”), apparently bestowed by his teacher, Odaka Junchū, in reference to a beautiful spring at the rear of Shibusawa’s home.

The spring is no longer there, but behind Nakanchi—the former Shibusawa residence—is a garden that bears this nickname, Seien Kōen. The park extends around a kilometer alongside the Shimizu River, providing a place for city residents to rest and relax. 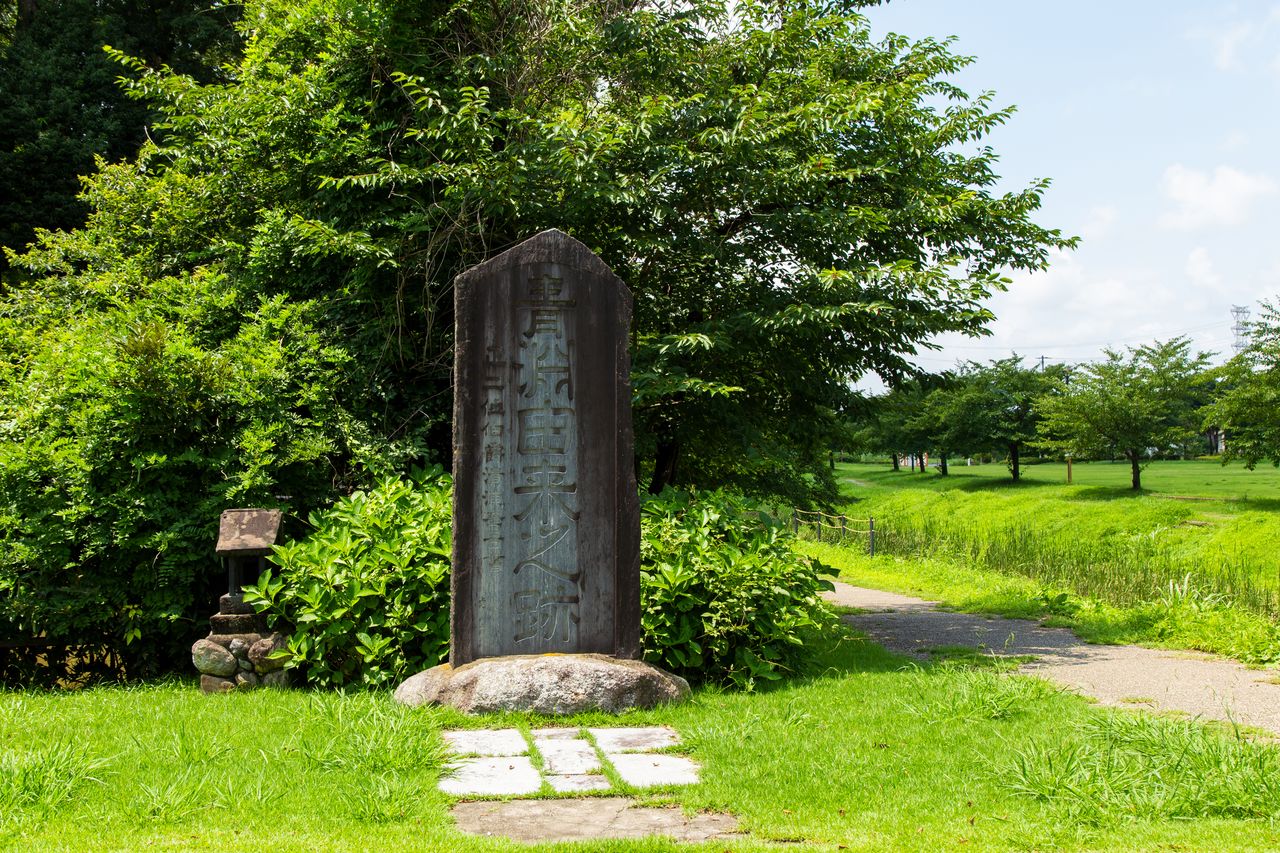 A stone monument in the southwest of the garden explains the origin of the name Seien. The inscription is calligraphy by the twenty-third prime minister of Japan, Kiyoura Keigo, with whom Shibusawa was on good terms. 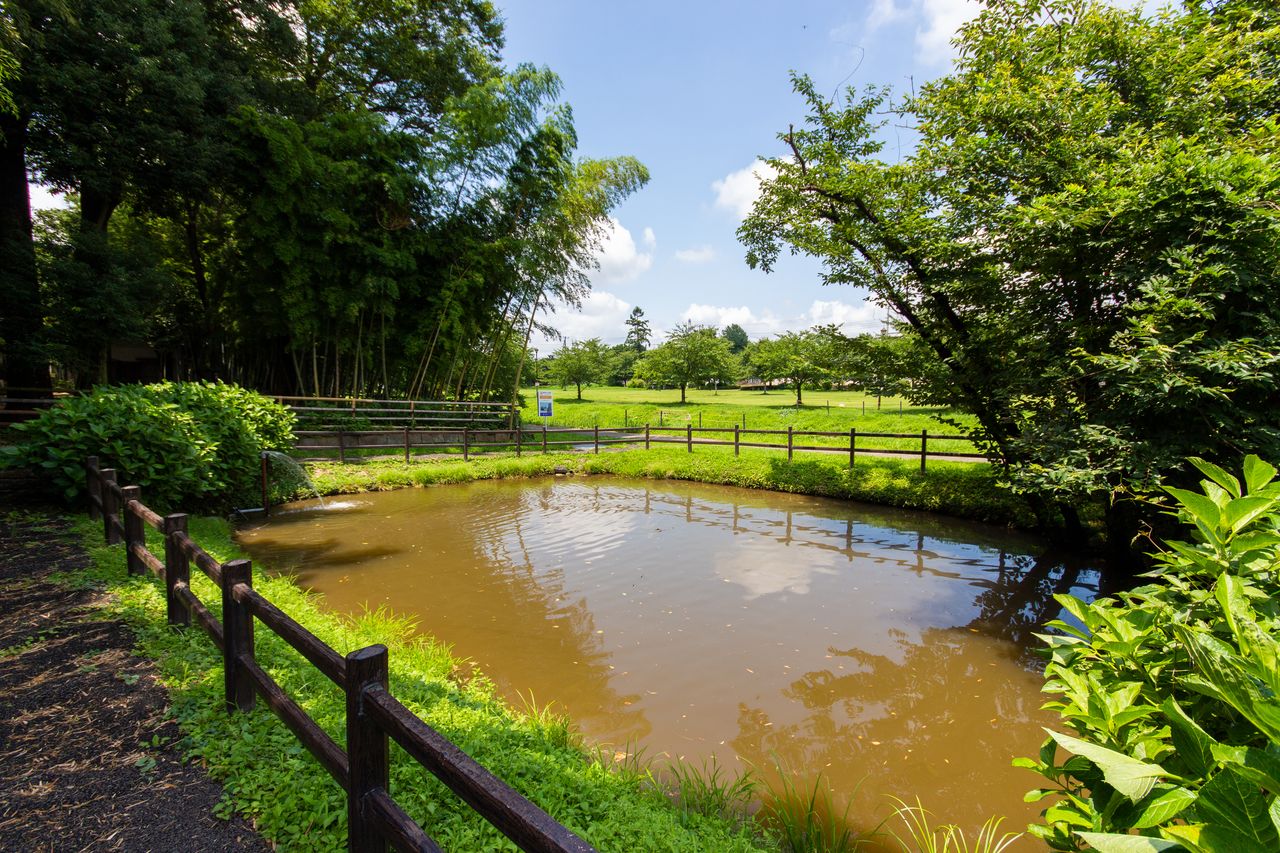 Seien Pond, which was constructed at the time the park was created. Once there was an attractive spring in the vicinity. 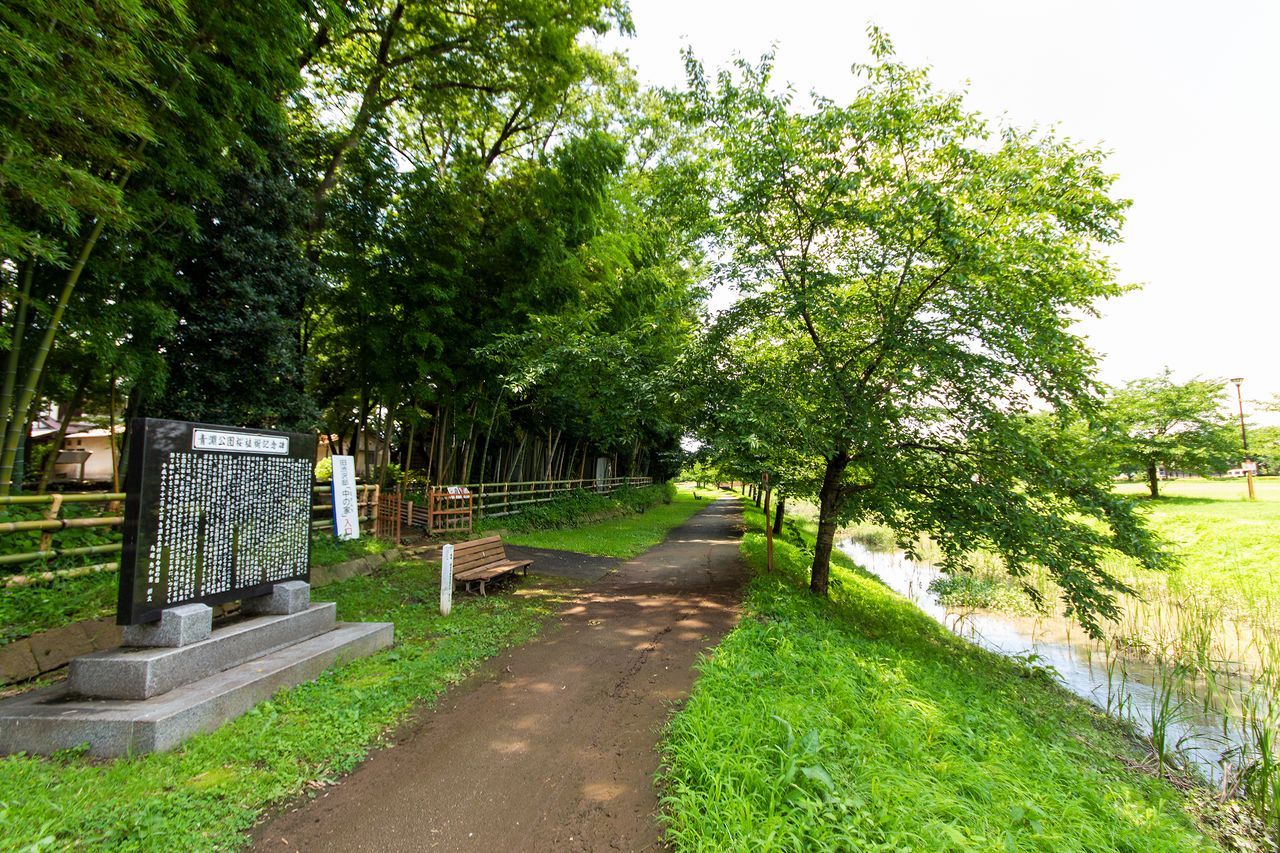 The rear garden of Nakanchi is directly accessible from the park. The entrance is near a stone monument describing the planting of cherry trees in Seien Park.

The Shibusawa family pioneered the Chiaraijima area towards the late Warring States period (1467–1568). A branch of the family settled in this area, and the house where Shibusawa was born was named Nakanchi (meaning “Middle House”) due to its central position. Nearby homes of relatives were designated “Eastern House,” “Far Western House,” and so on.

Nakanchi’s residents engaged in agriculture, but they were also important local figures, and were therefore granted myōji taitō (the rights to bear a surname and to wear a sword), ordinarily available only to the samurai class. Aside from crop farming, the family also cultivated silkworms and produced and sold indigo for fabric dyeing. In addition to the main house, a separate building that was used for sales still stands on the expansive property, and there are four large storehouses. No doubt Shibusawa developed his business sense thanks to his wealthy farming family that operated diverse businesses. 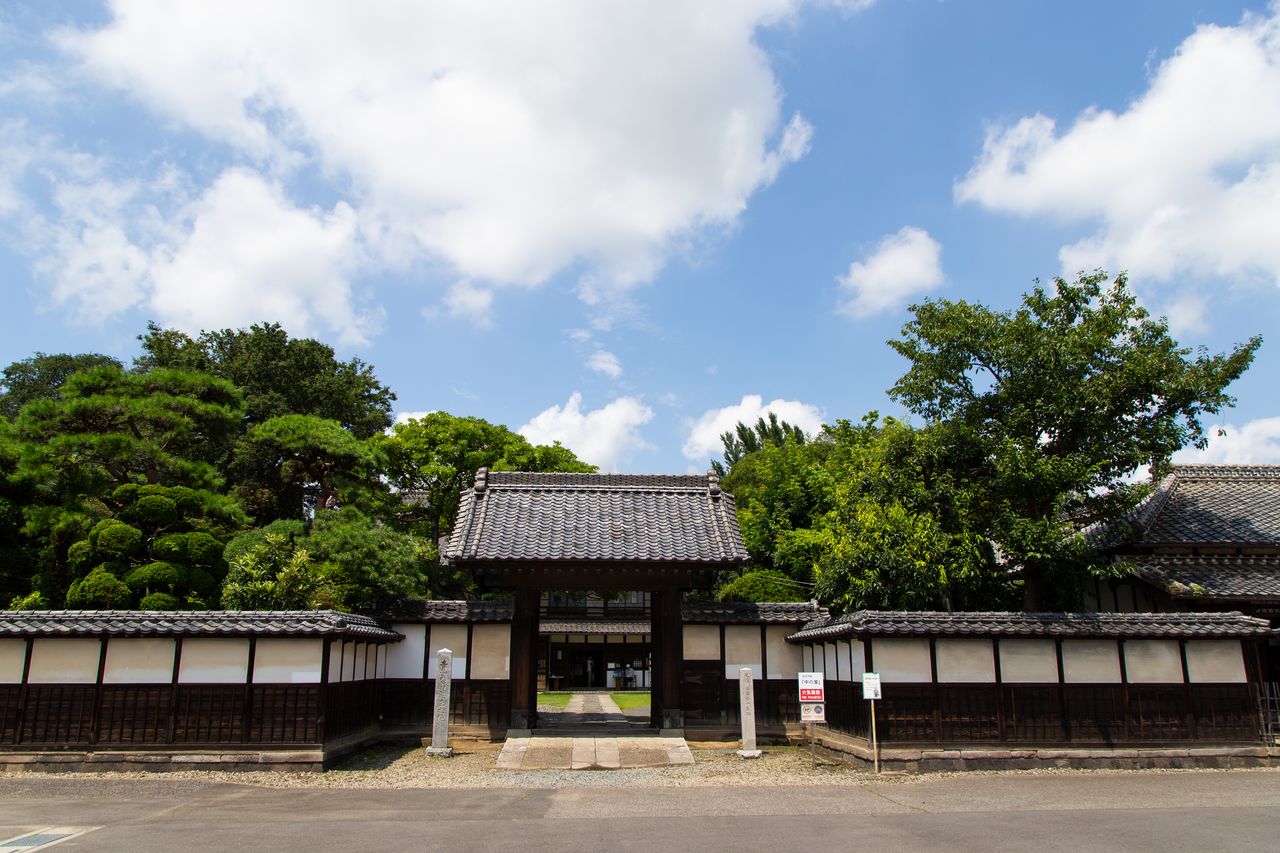 The main entrance features an auspicious yakuimon roofed-gate, a common feature for samurai residences. The gate door is made from a single plank of Japanese zelkova. 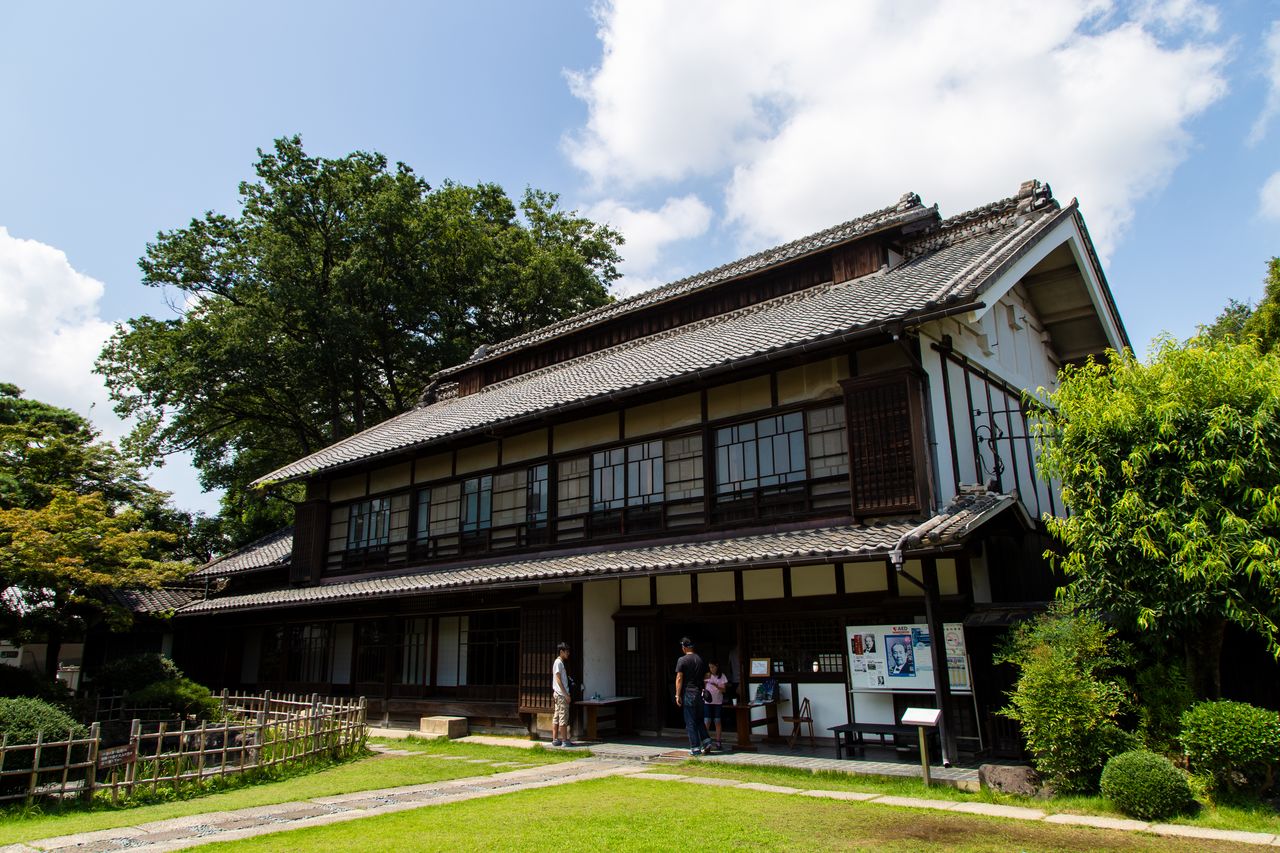 The large roof of the magnificent main house has a rooftop opening typical of silkworm farmers’ houses. 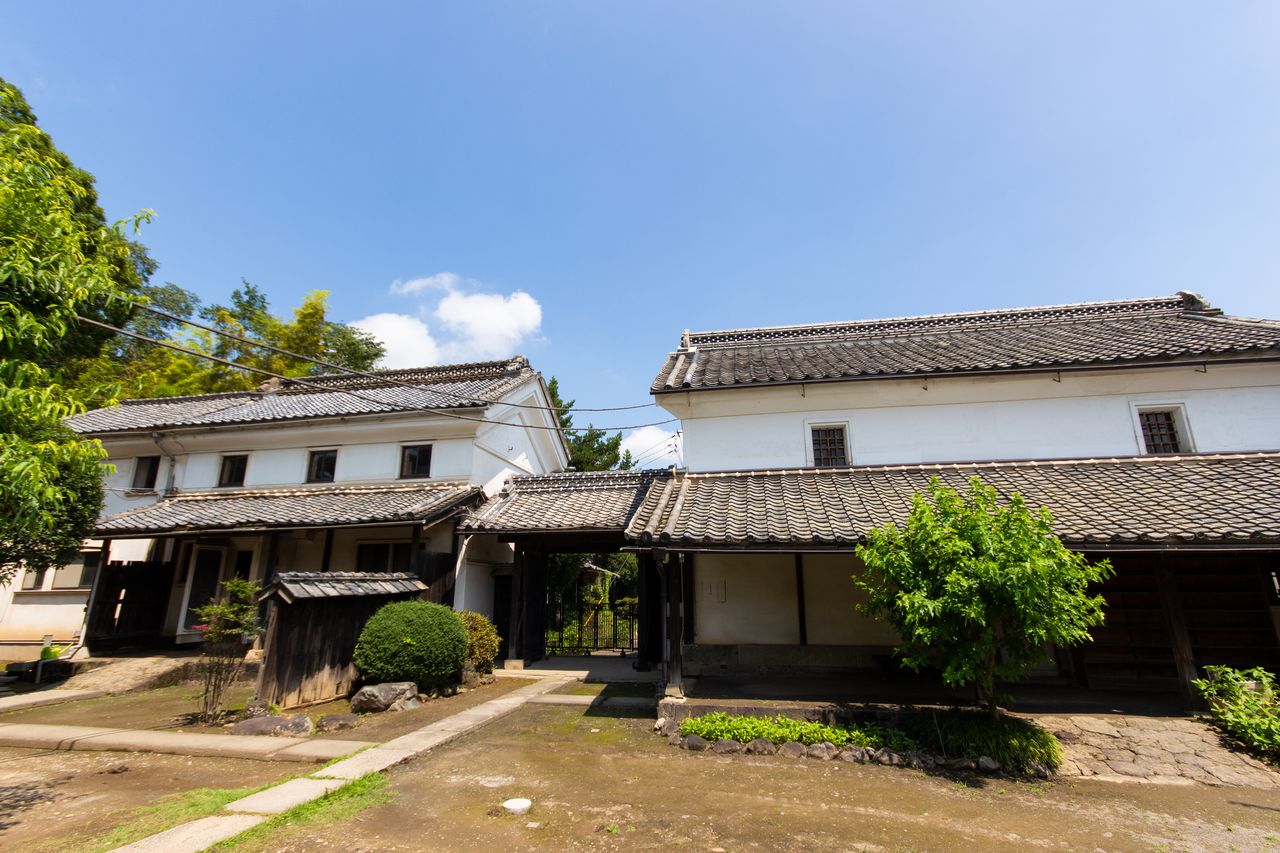 Earthen warehouses, each as large as a house. The right-hand warehouse stored rice and the one on the left was used for production and storage of indigo.

Shibusawa was the eldest son in his family, but at the end of the Edo period, he left the family business to become a retainer for Tokugawa Yoshinobu (1837–1913), the last of the Tokugawa shōguns. In 1867, he traveled to France, and upon his return, he was invited to work in the Ministry of Finance of the new Meiji government. Consequently, when his younger sister Tei married, her bridegroom, Ichirō, took the Shibusawa surname and became family head. Ichirō was a conscientious man who worked to ensure that the family’s businesses prospered. He was well-regarded, later becoming town mayor and a member of the prefectural assembly. The present house was built by Ichirō in 1895. A spacious room in the rear of the house was much-loved by Shibusawa, and he used it as a living room when he returned home.

In his later years, Shibusawa moved to Asukayama in what is now Kita, Tokyo, but he frequently visited Nakanchi, and he usually attended festivals at the local Suwa Shrine, no matter how busy he was. Shibusawa’s Asukayama home was destroyed during the firebombing of Tokyo in World War II, but the living room at the rear of Nakanchi still offers a unique glimpse into how he spent his private life. 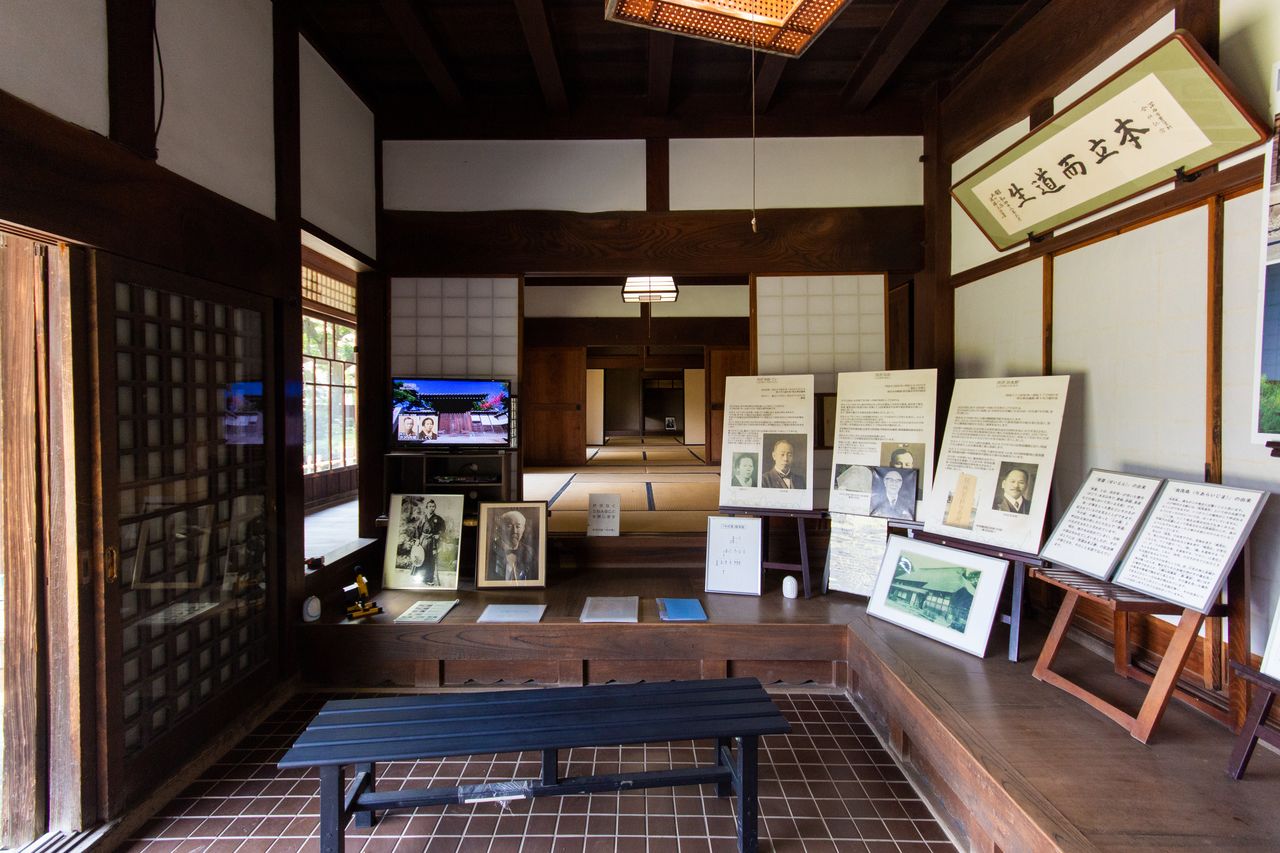 A display of historical materials in the entrance to the main house. A guide is available free of charge for group bookings of 10 persons or more. 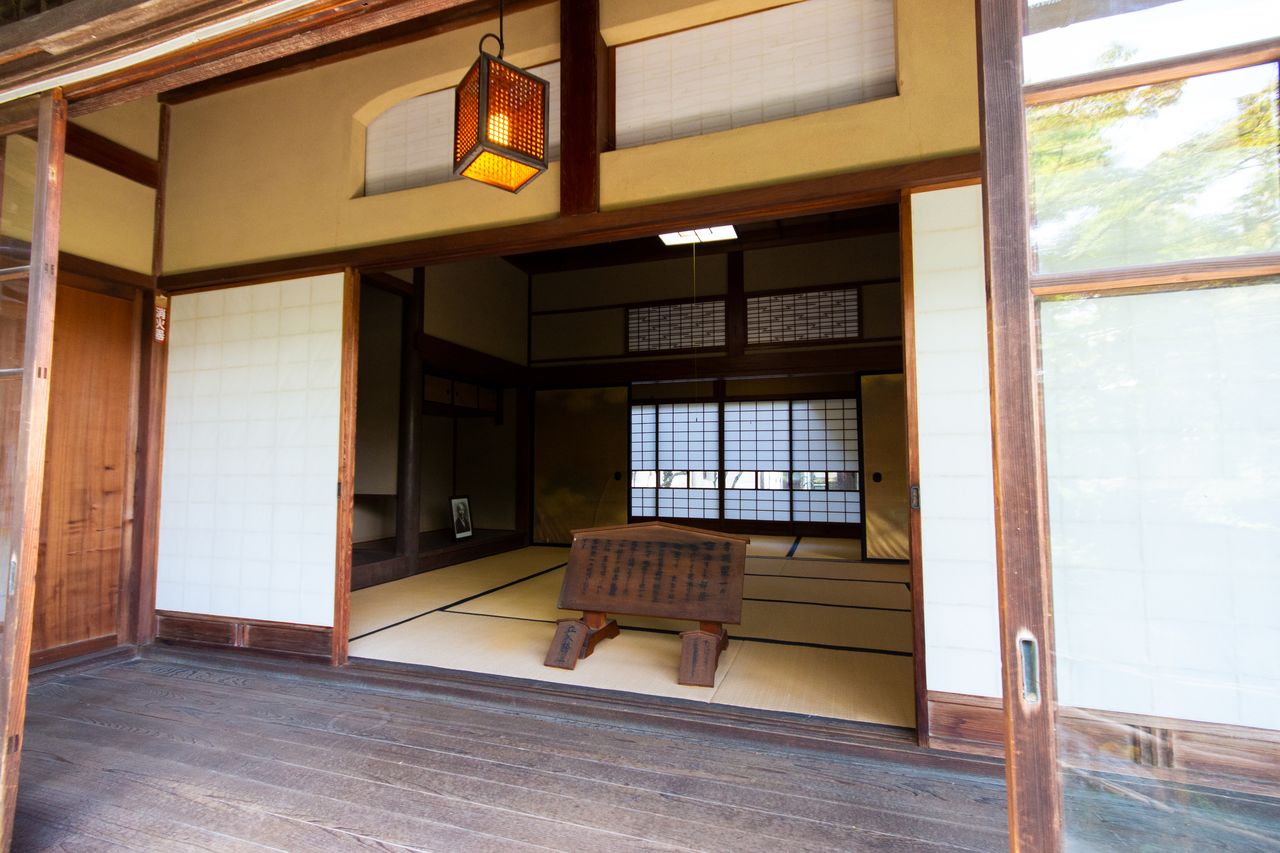 Beyond the veranda lies the formal Japanese kamizashiki room created for Shibusawa. To allow for peaceful relaxation, a second floor was not built above this room. 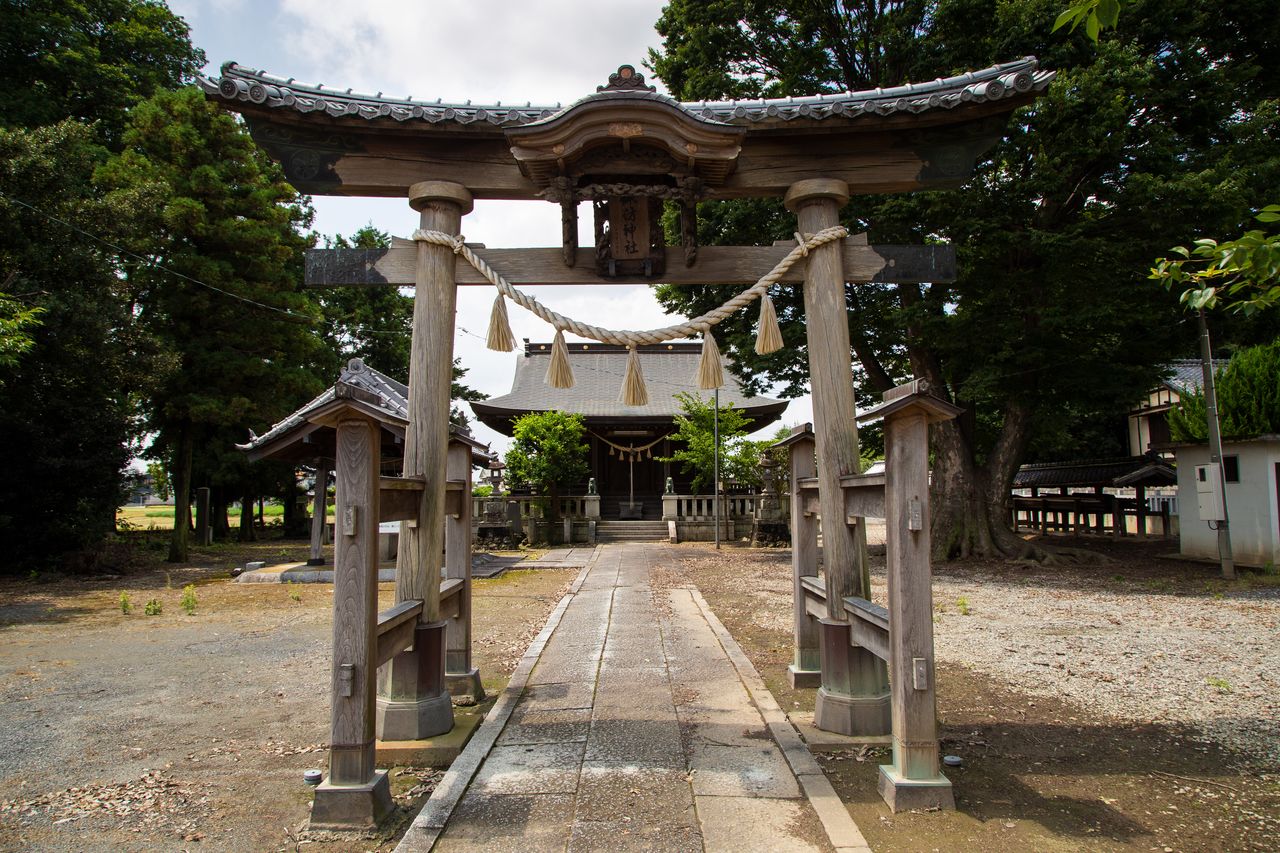 Shibusawa donated to the construction of the hall of worship at the Suwa Shrine located five minutes’ walk from Nakanchi. A stone monument in the shrine grounds commemorates Shibusawa’s seventy-seventh birthday.

The garden at the rear of Nakanchi has attracted more visitors in recent years. This is because it contains a relocated memorial to Shibusawa Eiichi’s son-in-law Heikurō (1847–1868), who died at a young age in the Boshin War, an 1868–69 civil conflict between Imperial and shogunate forces. Heikurō has recently gained fame as a “late Edo-period hunk,” drawing history fans, and in particular women, to the garden, while his photo has gone viral online.

Shibusawa Eiichi married Chiyo, who was Odaka’s younger sister. Heikurō was Chiyo’s youngest brother, and therefore Shibusawa’s cousin and also brother-in-law. Prior to his tour to France as a shogunate retainer, Shibusawa, who had no heirs, adopted Heikurō to be his successor. Heikurō was a warrior and a scholar, studying sword arts in the Shintō Munen-ryū school, and also writing traditional haiku and waka poetry. While Shibusawa was away in France, Heikurō joined the Shōgitai group of former Tokugawa retainers opposed to the new Meiji government, and later joined the Shinbugun army. In May 1868, the Shinbugun clashed with Meiji forces at Hannō, in present-day Saitama Prefecture. Facing defeat, Heikurō committed suicide. Upon hearing the news of Heikurō’s death, Shibusawa is said to have been distraught. 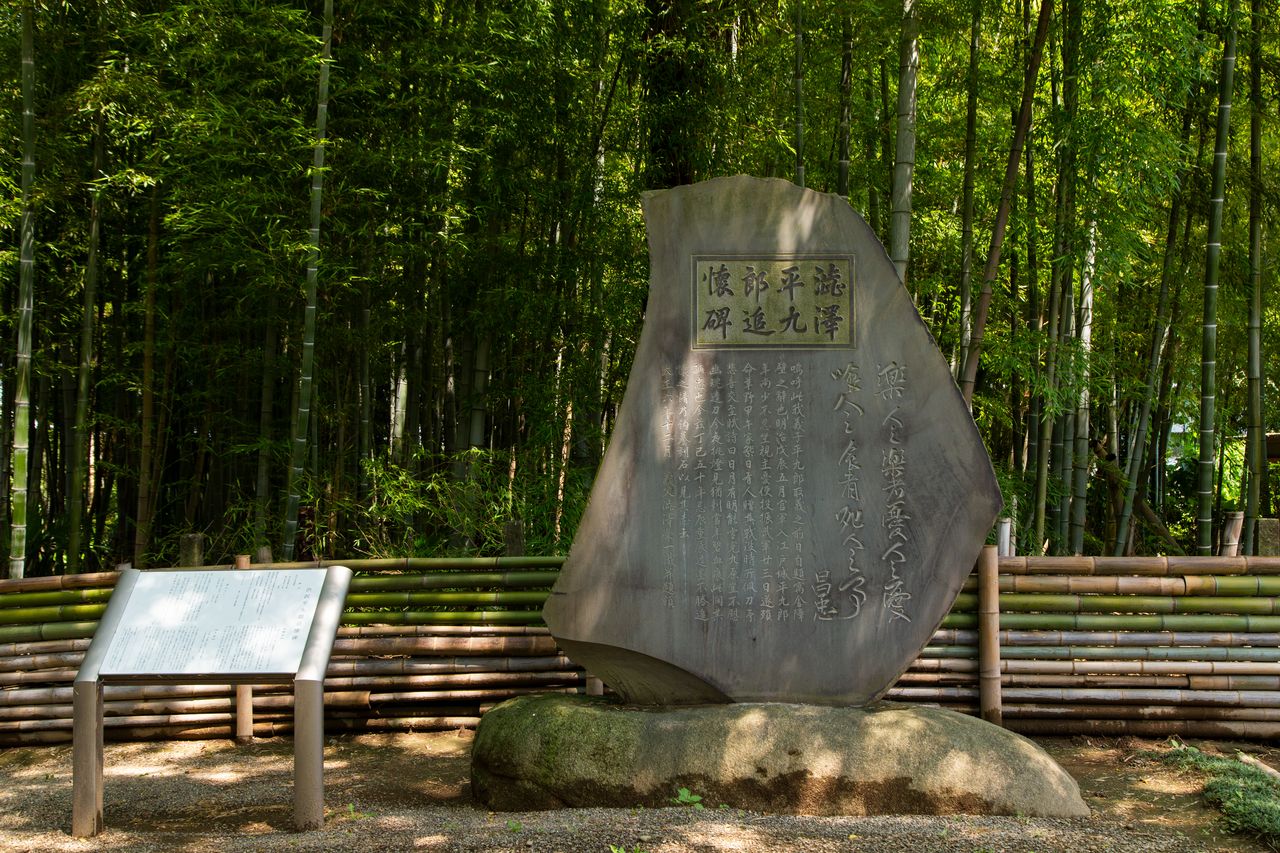 A monument for Heikurō was erected at the Shibusawa family grave in Yanaka, Tokyo, on the fiftieth anniversary of his death. It was relocated to Nakanchi in 2014. The memorial stone is inscribed with a poem composed by Heikurō and a eulogy from Shibusawa Eiichi. 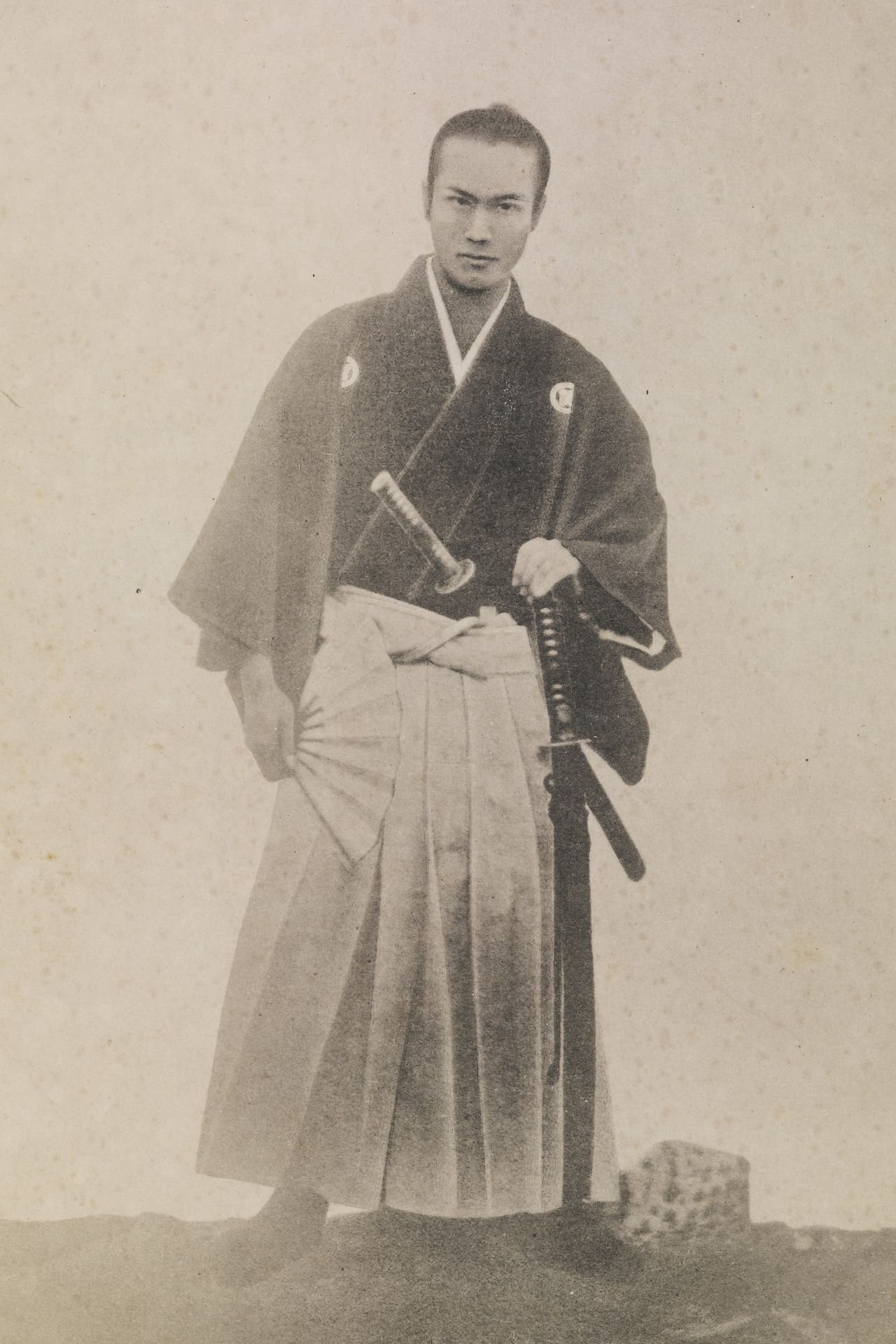 Odaka Junchū, who instructed Shibusawa Eiichi in the Analects of Confucius, was born in a house 10 minutes from Nakanchi on foot, in Shimotebaka. The former residence, where Heikurō was also born and raised, is now open to the public. 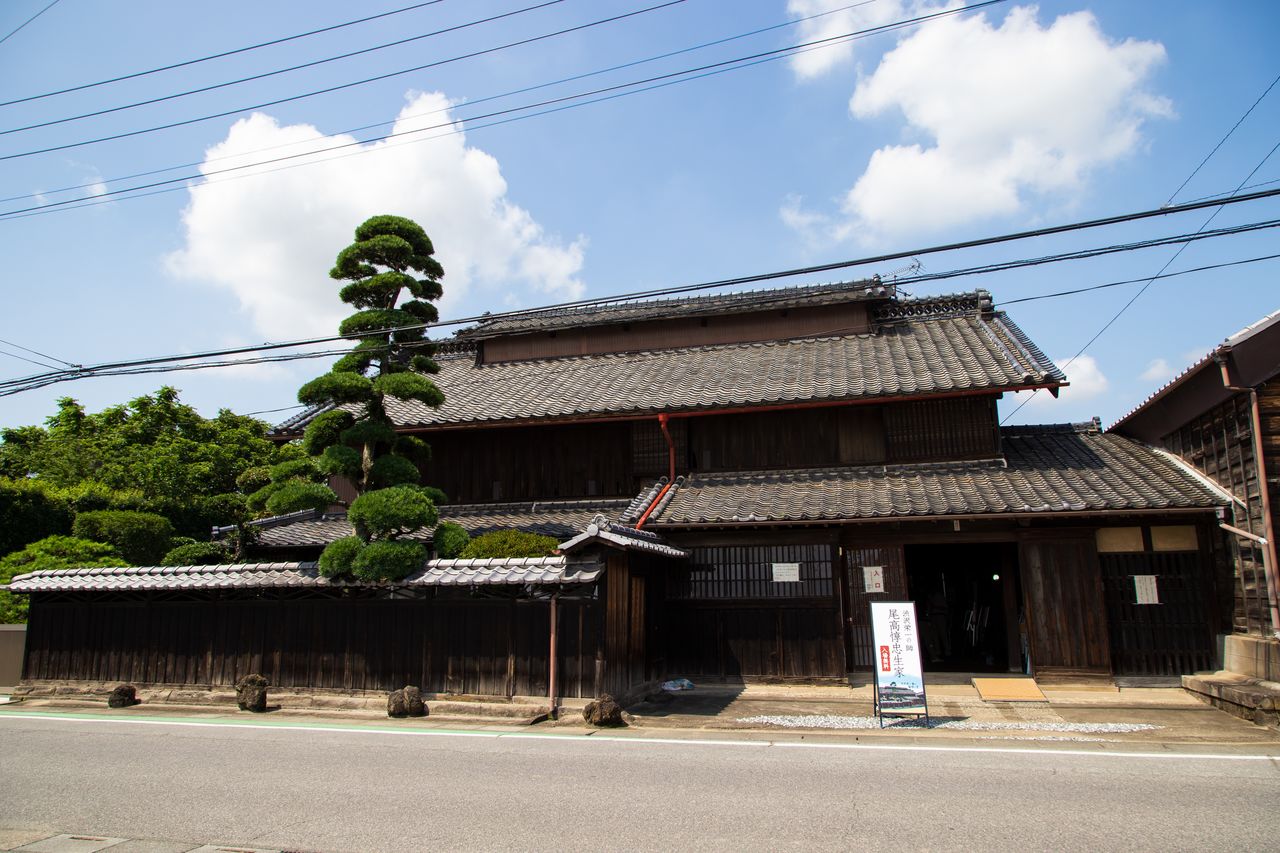 The home where Odaka Junchū was born, probably built by his great-grandfather in the late Edo period.

Shibusawa developed his love for the Analects of Confucius during childhood, when he frequently visited this house to study them under Odaka. During Shibusawa’s adolescence, the two fervently discussed sonnō jōi political philosophy, which revered the Emperor and aimed to expel Westerners from Japan.

Following the Meiji Restoration, Odaka became the first manager of the government-owned Tomioka Silk Mill, established by Shibusawa, thereby contributing to the modernization of Japan. At a time when Japan had just opened itself to the world, French specialists were employed as instructors at the Tomioka Silk Mill. The mill struggled to find female workers willing to work under the foreigners, due to their unfamiliar appearance and language. In an attempt to dispel rumors, Odaka employed his own daughter Yū as the first female factory worker.

A calligraphy scroll on display reads “Shutsuran shōja.” “Shutsuran” refers to fabric dyed using indigo being bluer than the indigo, and alludes to a training environment that produces students who will outshine their teacher. This name was apparently chosen by Odaka, himself a teacher. Odaka has been credited for his enormous influence on Shibusawa Eiichi’s development, yet he always maintained respect for his pupils. Visiting his birthplace imparts a sense that the achievements of Shibusawa were especially thanks to his ties with his mentor. 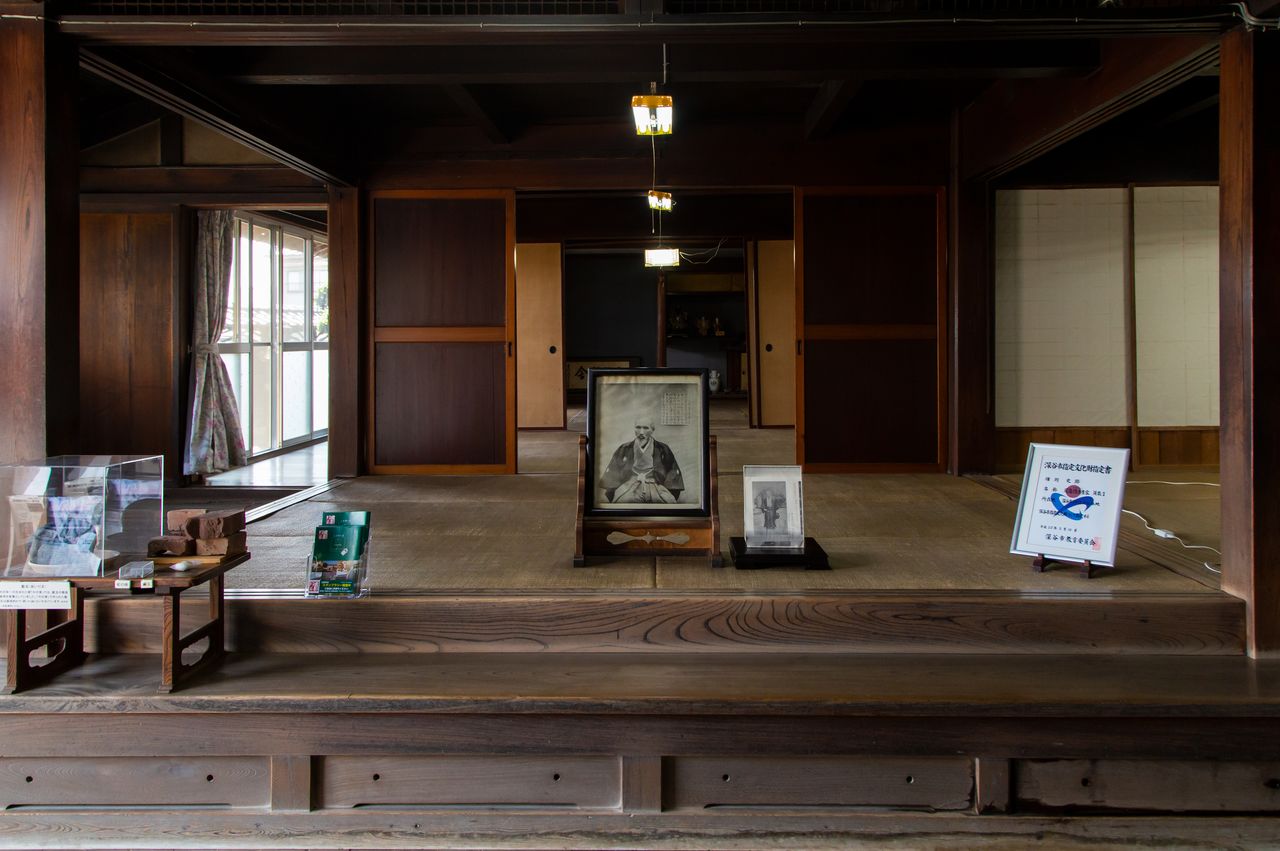 A film is shown that portrays the relationship between Shibusawa and Odaka, in addition to other materials on display.

(Originally published in Japanese. Banner photo: A statue of a young Shibusawa Eiichi in the garden of Nakanchi.)