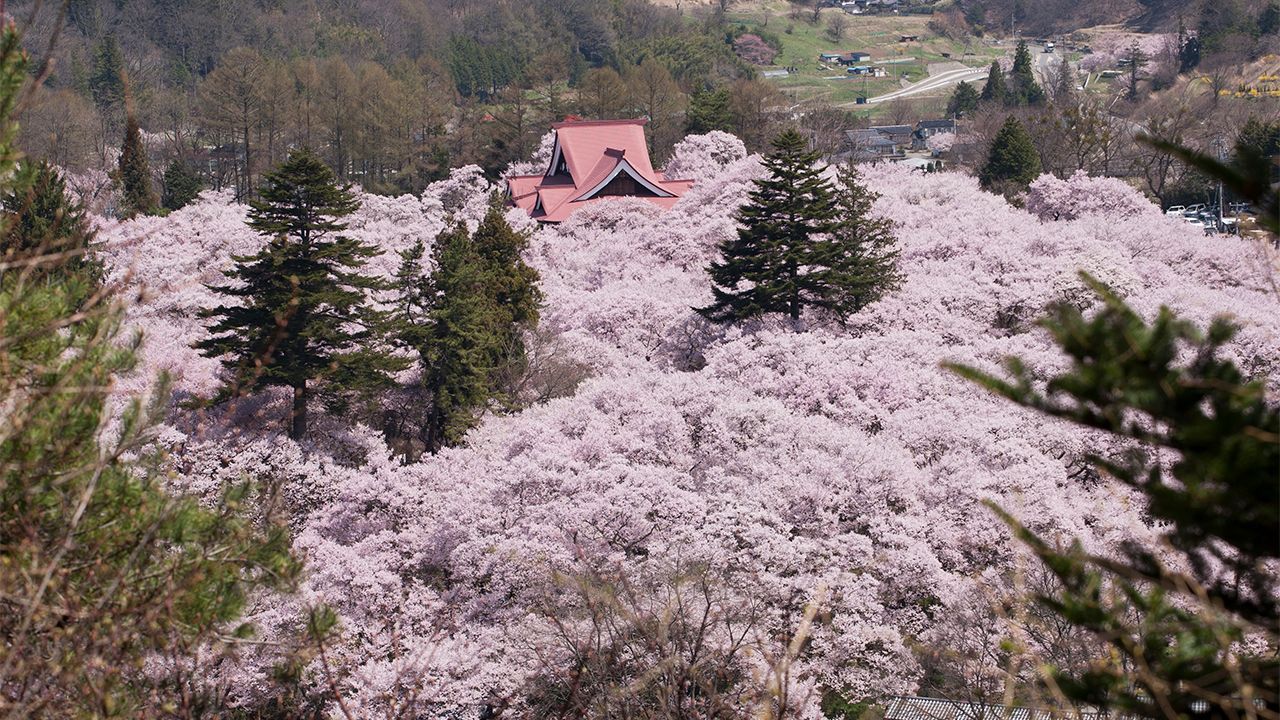 Travel Feb 19, 2020
The 1,500 cherry trees in Takatō Castle Park are a unique variety called takatō kohiganzakura. The blossoms are slightly smaller and are a deeper pink than somei yoshino. When they blossom all at once, the entire park turns pale pink. This is one reason that the sakuras here have long been referred to as the best blossoms this side of heaven.

There are references dating from the Edo period to horses within the castle grounds being hidden from view behind the profusion of pink petals. The castle was destroyed in 1871 when the feudal han system was abolished, but many former retainers—sad to see their erstwhile headquarters fall into disrepair—transplanted the cherry trees from the riding grounds to other areas of the park. The trees are looked after today by local residents, who drafted a sakura charter to protect Takatō’s cherished assets.