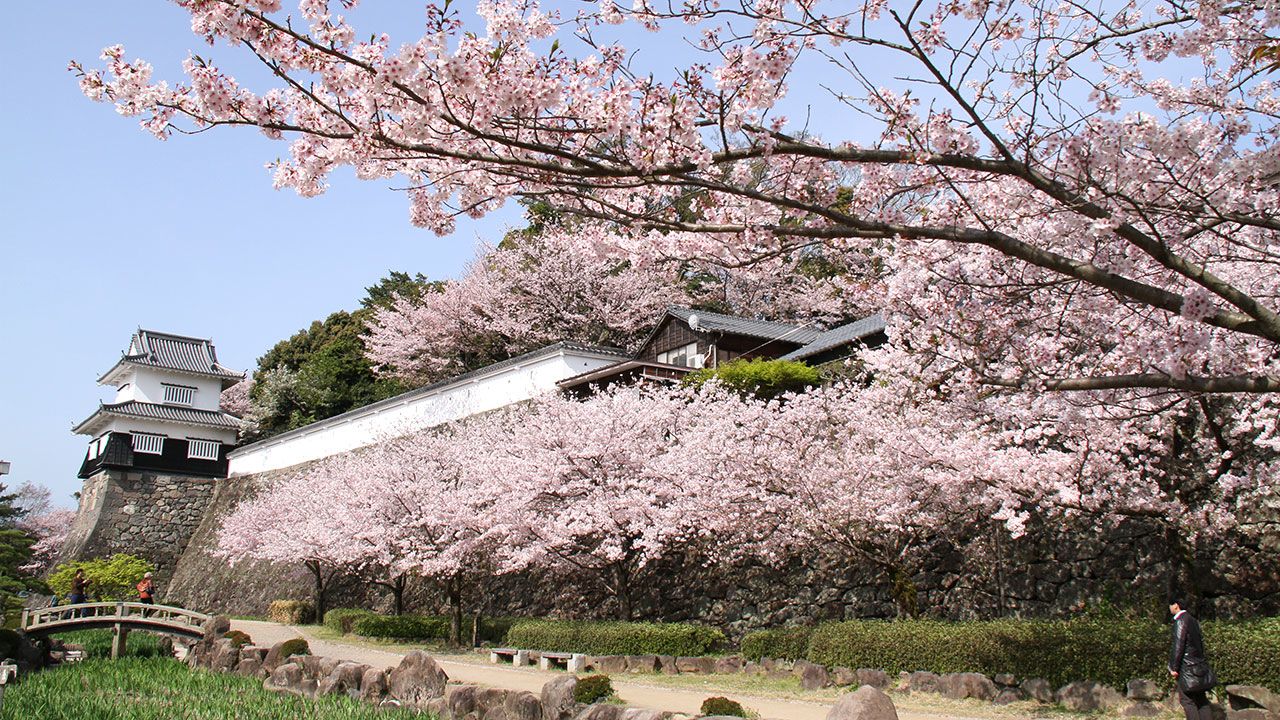 Travel Jan 21, 2020
Ōmura Park is the site of Kushima Castle, the historical abode of the Ōmura clan, and home to some 2,000 somei yoshino and 20 other varieties of cherry trees, including the ōmurazakura—designated by the national government as a natural monument. Night-time viewing of illuminated cherry blossoms is also popular.

Ōmurazakura is a variety of yaezakura discovered in 1941 that has a large number of petals, ranging from 60 to many as 200 per blossom. It blooms slightly later than somei yoshino from early to mid-April. The park is also famous for its approximately 300,000 Japanese irises that flower from late May to mid-June.

Ōmura Sumitada was a sixteenth-century lord of Kushima Castle who became the first daimyō to be baptized and who also dispatched a mission to Europe. Although not part of UNESCO’s “Hidden Christian Sites in the Nagasaki Region” World Heritage site, the park features many relics from the days when Jesuit missionaries were active in Nagasaki.