Enjoying Life One Day at a Time: A Grandma and Her Cat (Photos)

Culture Lifestyle May 17, 2012
Ihara Misao lives a peaceful life in the countryside with her beloved cat, Fukumaru. Her granddaughter Miyoko recently published a charming collection of photographs of the two inseparable friends that has struck a chord with people all over Japan. 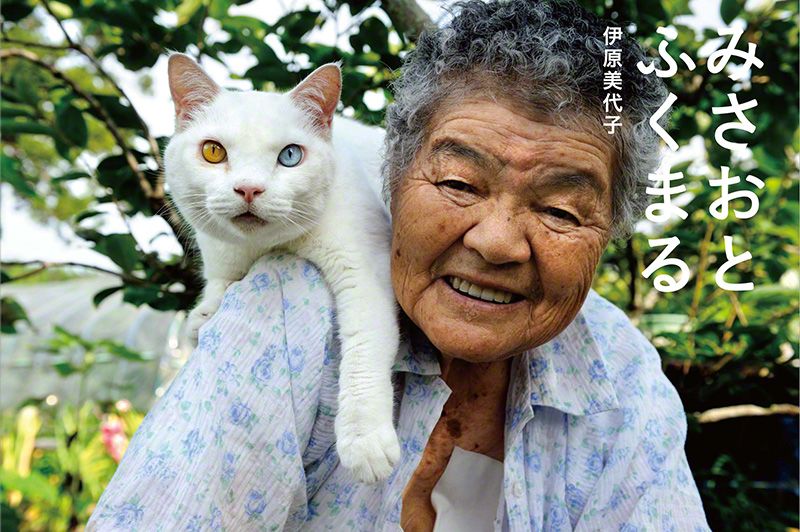 Misao to Fukumaru (Misao the Big Mama and Fukumaru the Cat), a collection of photographs chronicling the ordinary daily life of an elderly woman and her beloved cat Fukumaru, might seem an unlikely bestseller. But perhaps it is precisely the tranquility of Misao’s peaceful rural life that has appealed to so many busy residents of Japan’s crowded and ultramodern cities.

The photographer responsible for capturing the bucolic lives of Ihara Misao and her feline companion is Ihara Miyoko. The identical family name is no coincidence: Miyoko is Misao’s granddaughter, and the pair live together. Miyoko, now 30 years old, wanted to photograph her grandmother to compile a permanent record of her life. Back in 2003, three years after she began her project, a stray cat happened to give birth to a white male kitten in a barn on the Ihara property. The cat was soon adopted into the family and became Misao’s inseparable companion. Suddenly, Miyoko had two lives to capture with her camera.

“Partly because they are both hard of hearing, my grandmother and Fukumaru are always looking into each other’s eyes. They’re really close,” Miyoko says. “Fukumaru is so happy and contented at my grandmother’s side. When I take a picture of the two of them together it’s like I’m photographing myself as a little girl.”

Some of the photos of 87-year-old Misao at work in the fields or relaxing with her eight-year-old cat might seem to have been taken deep in the countryside. But in fact Misao and Miyoko live on the Bōsō Peninsula in Chiba Prefecture, not far east of Tokyo.

The photos of this rural—yet not too remote—setting show Misao planting and weeding under the open sky, and enjoying a way of life that has vanished from Japan’s urban centers. Miyoko’s pictures show a slower, simpler mode of living: enjoying the subtle seasonal changes in the landscape over the course of the year, planting seeds, growing flowers and vegetables, and living off the land. And her photos also clearly convey the affection between the two companions that transcends the power of words.

“When I see the way my grandmother is living her life, I really feel that she has a kind of strength that my generation simply can’t match. She gets up with the sun, and goes to bed when it sets. She loves her cat and the vegetables in her field like her own children. If her vegetables come out well, she’s happy. She doesn’t have to worry about questions like ’what is the point of my work?’ Her way of life fills me with admiration and a sort of envy.”

The years spent taking photos of Misao and Fukumaru have brought home to Miyoko the preciousness of everyday life. In an instant the scene in front of her eyes passes away and becomes the past. Although each new day may seem to resemble the one that came before, every moment is unique and fleeting. Miyoko’s sense of the impermanence of life was heightened by the earthquake and tsunami that struck Japan on March 11, 2011. The disaster gave her a stronger sense than ever that she needs to record the life around her for posterity. Since then, she has been taking more photos than ever.

Today, Misao and Fukumaru live happy and comfortable lives in the beautiful Japanese countryside. But who can say whether this simple way of life will last another hundred years? Miyoko continues to chronicle her grandmother’s life, in the hope that one day she will pass these precious scenes on to her own grandchildren and the rest of their generation.

Profiles of Misao and Fukumaru

Ihara Misao
87-year-old resident of Chiba Prefecture. Has farmed the land since marrying into the Ihara family in 1964. She loves nothing better than relaxing in the sun.

Ihara Fukumaru
Eight-year-old white cat. Normally weighs 5.6 kg, but bulks up to around 6 kg in winter. An “odd-eyed” cat, with one yellow eye and one blue, born to a stray cat in a barn on the Ihara family’s land. Hard of hearing since birth. His name comes from Ihara Misao’s wish that the god of “good fortune” (fuku) will come and smooth out everything like a “circle” (maru). 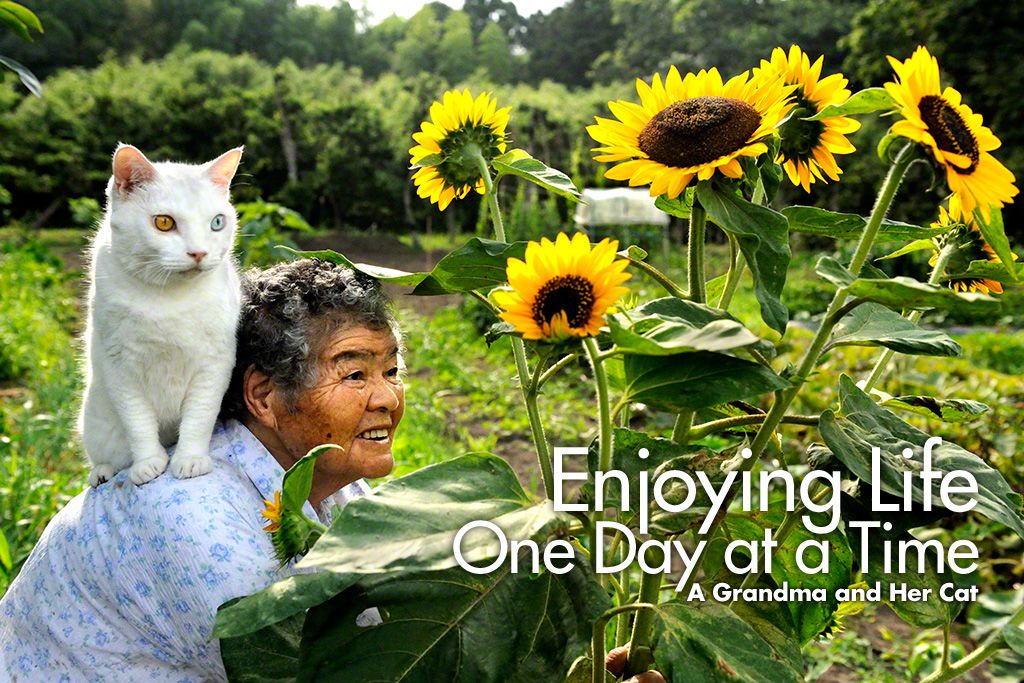 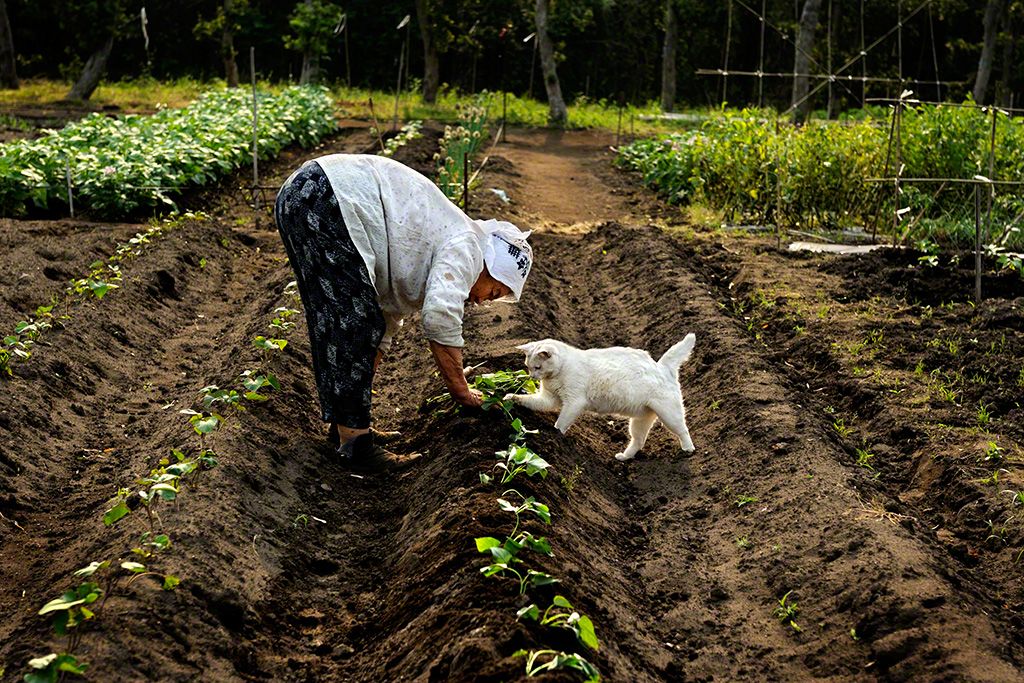 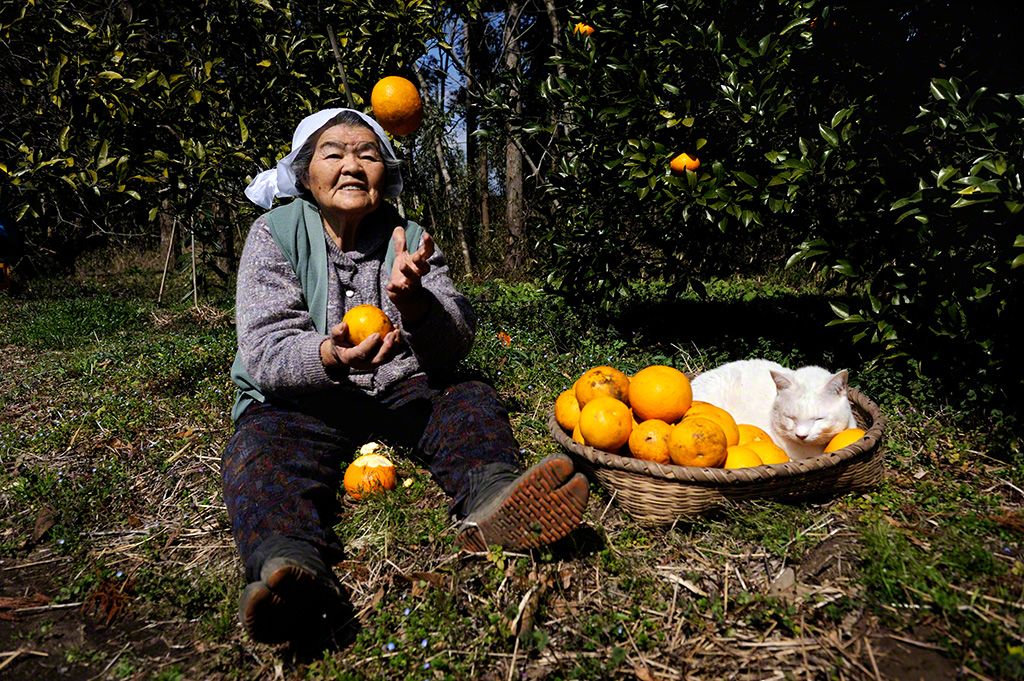 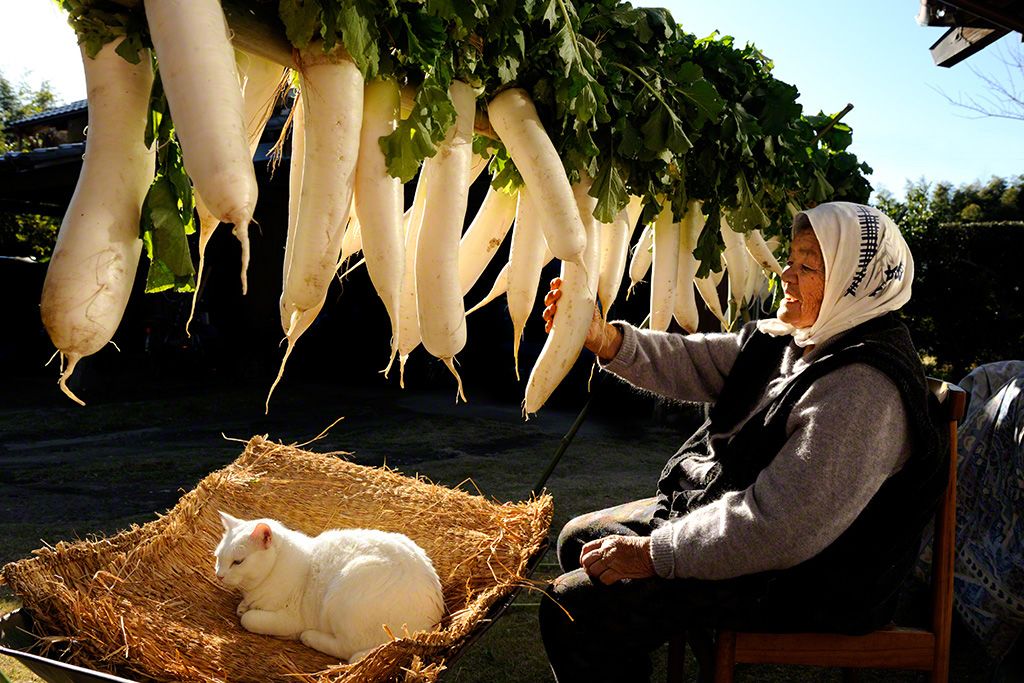 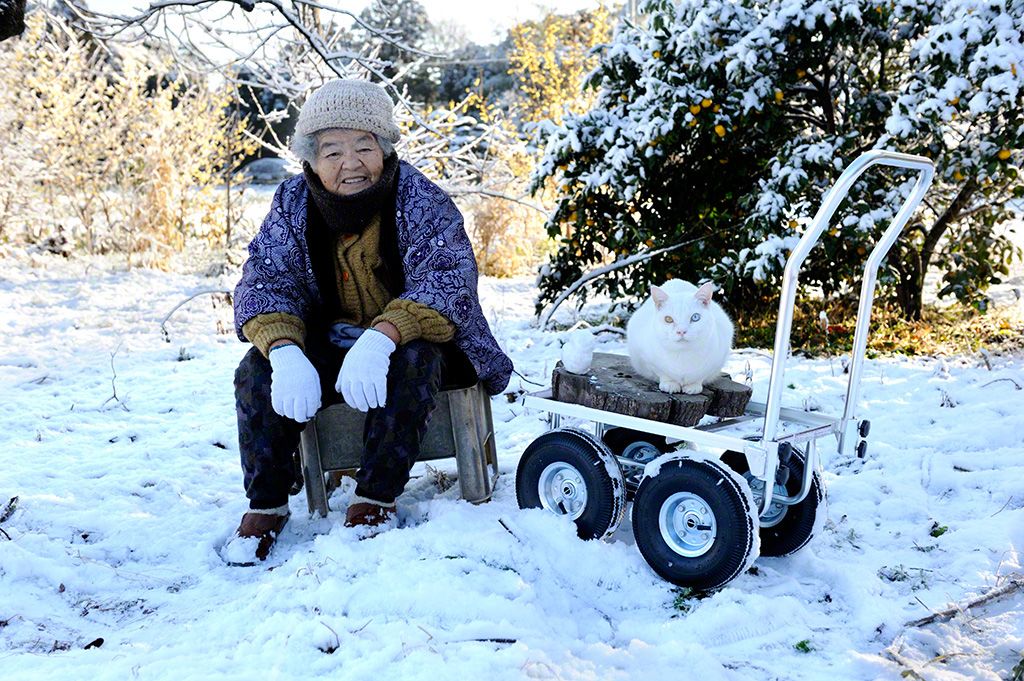 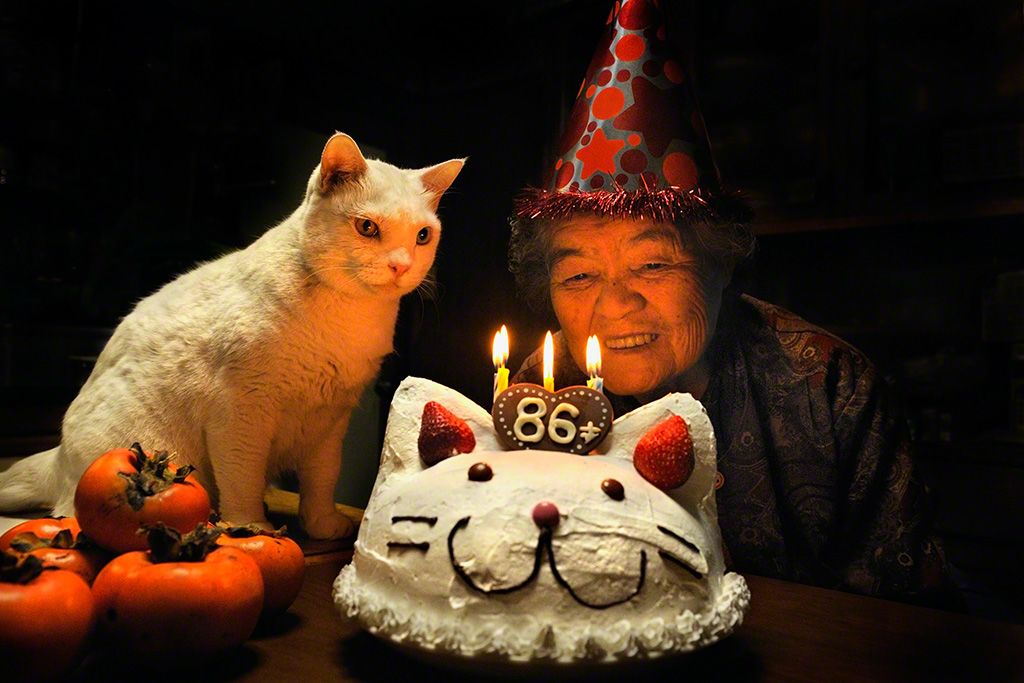 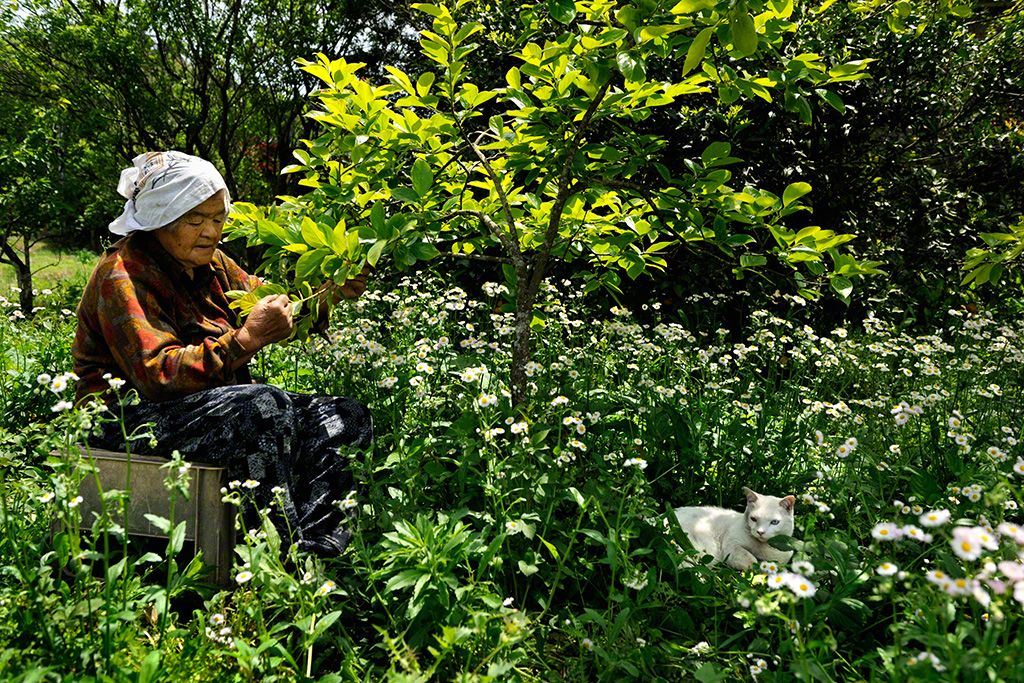 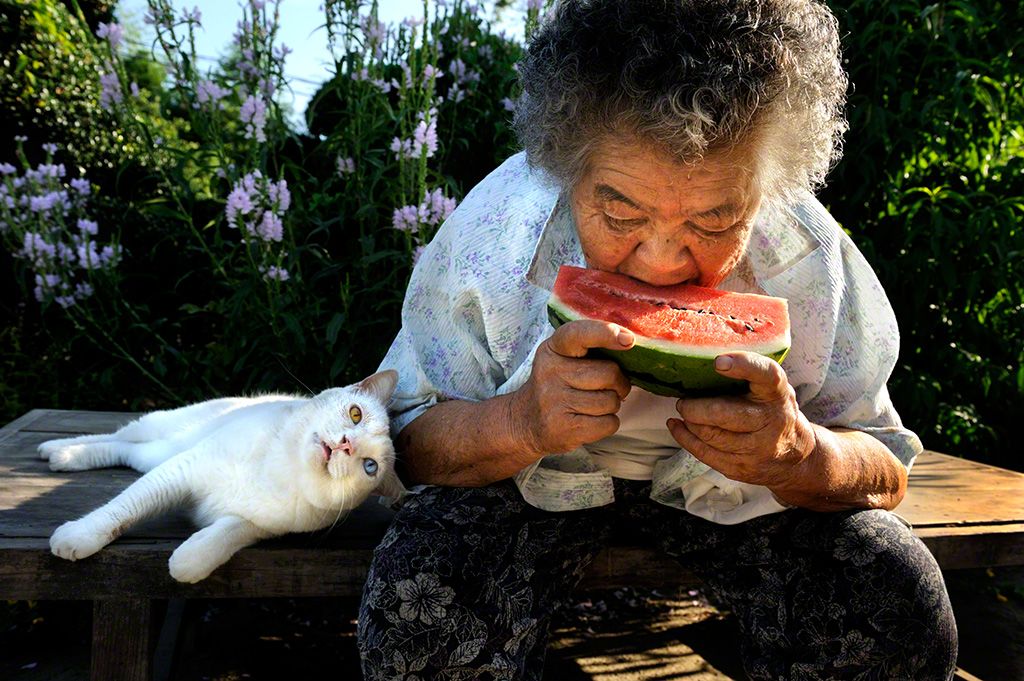 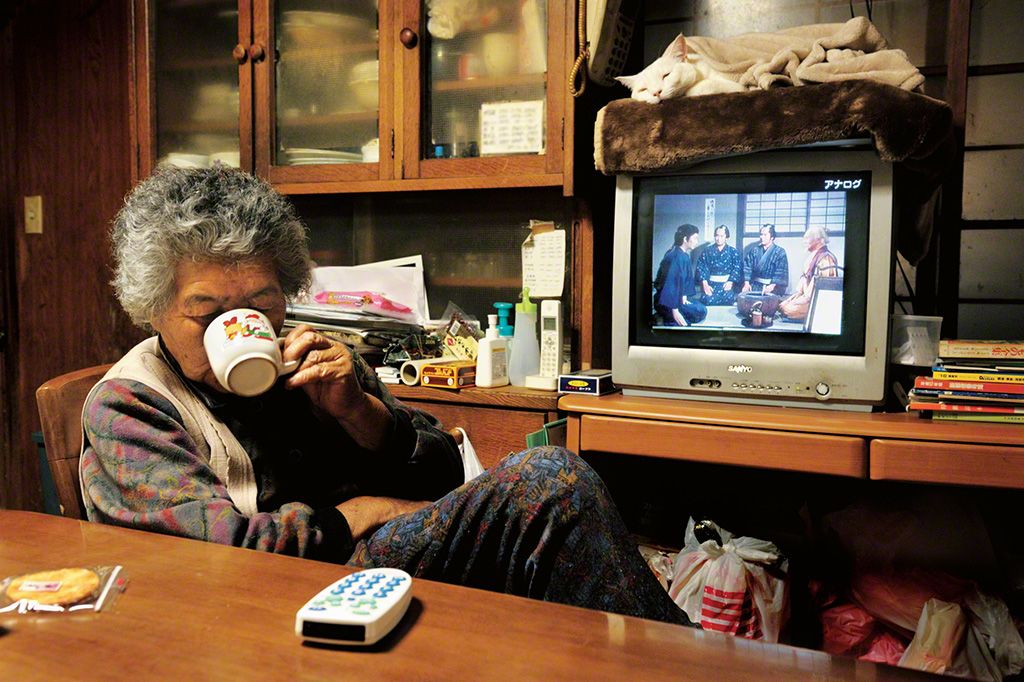 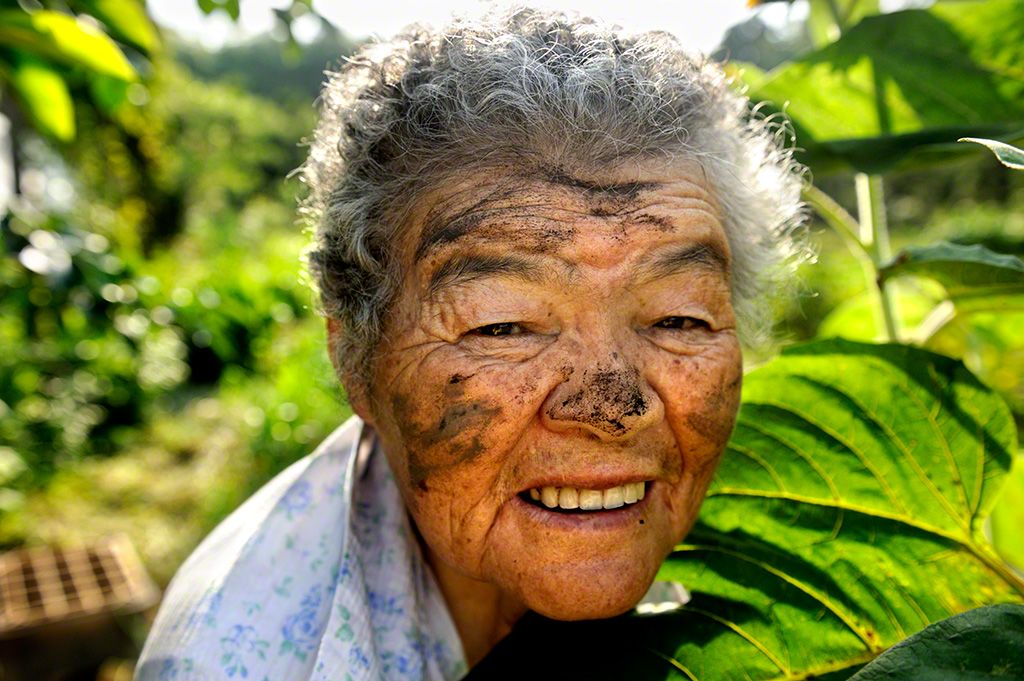 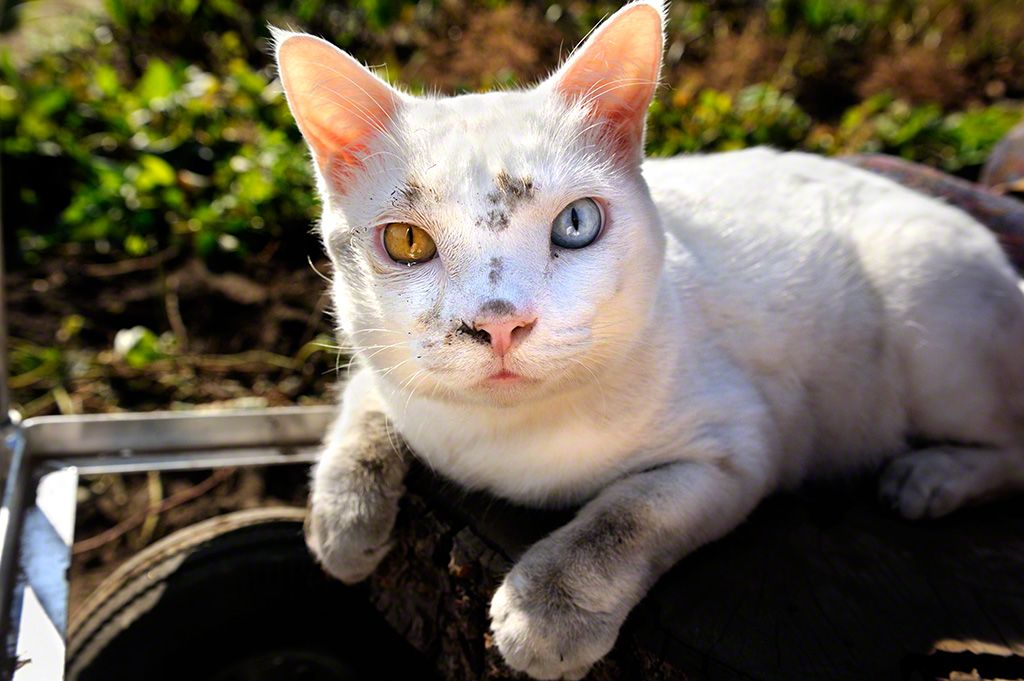 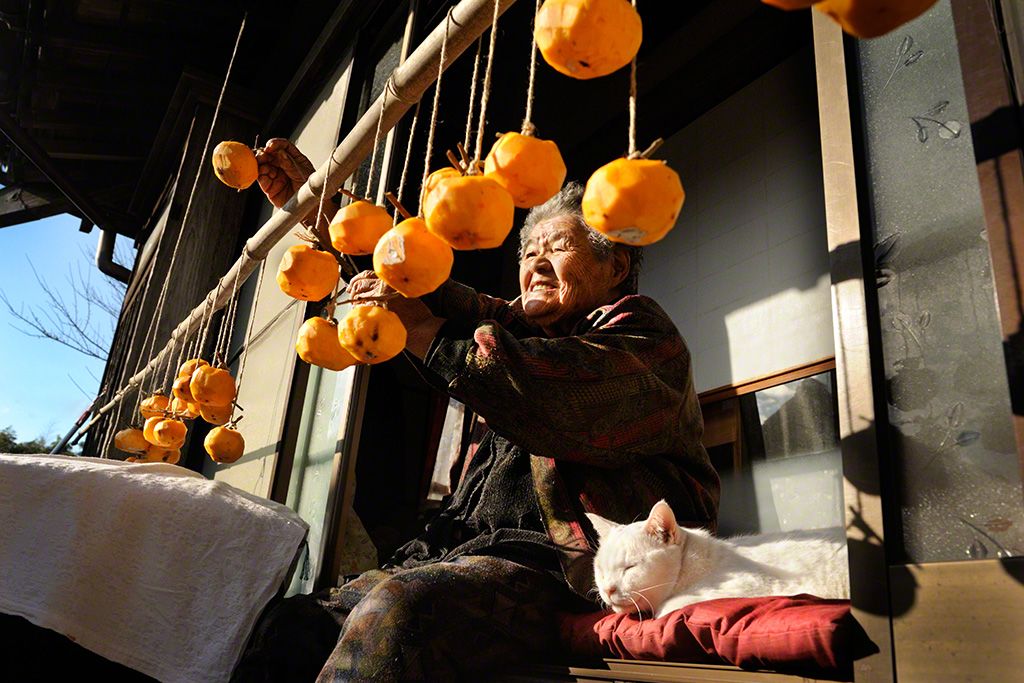 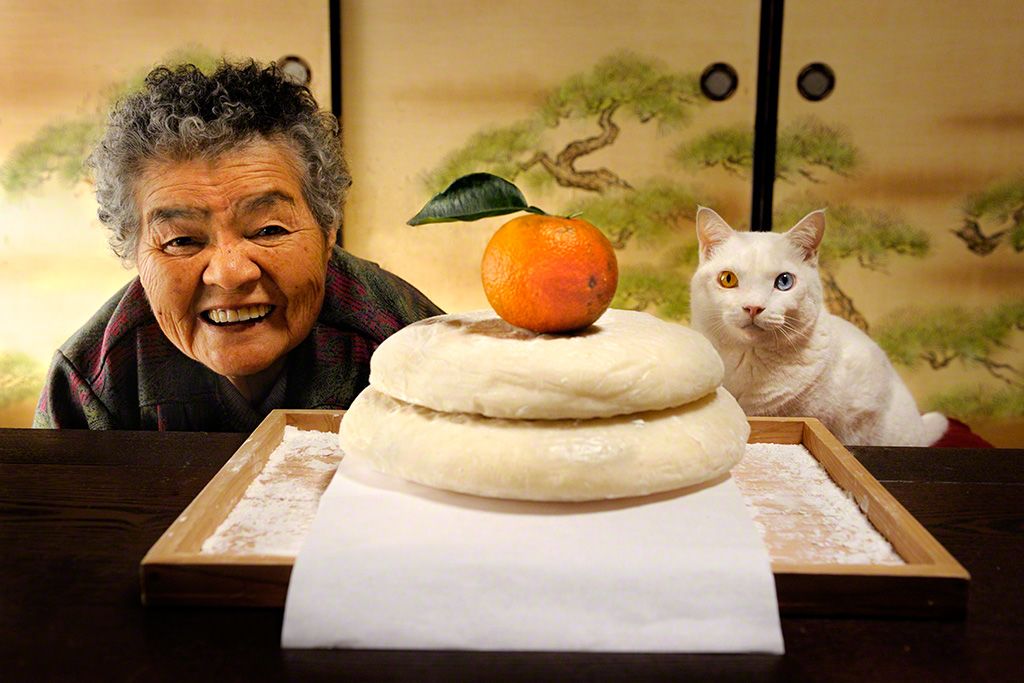 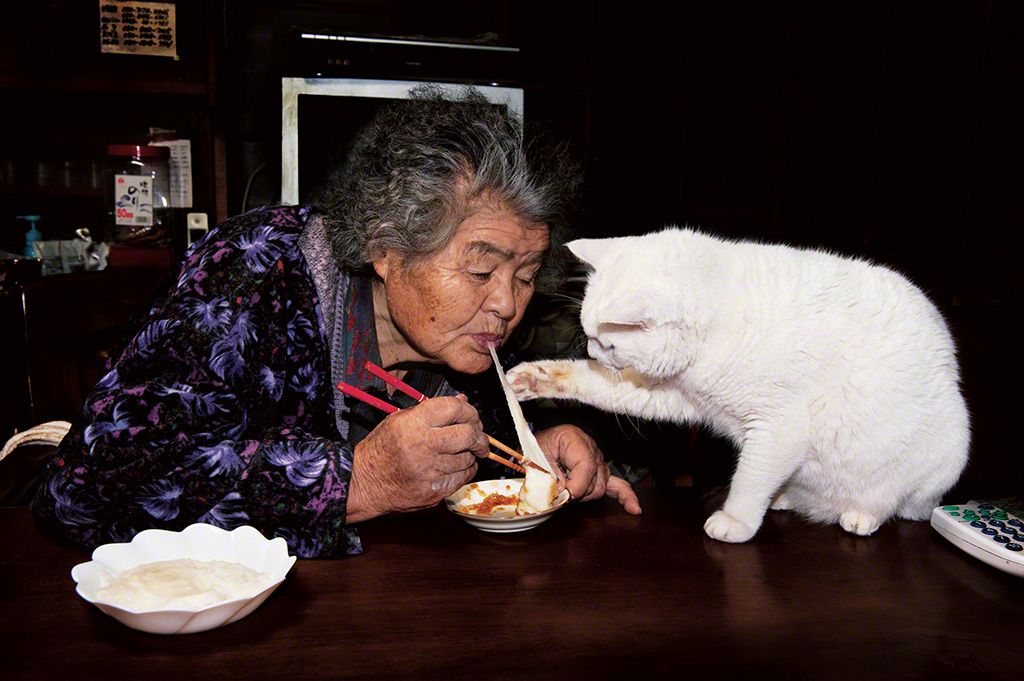 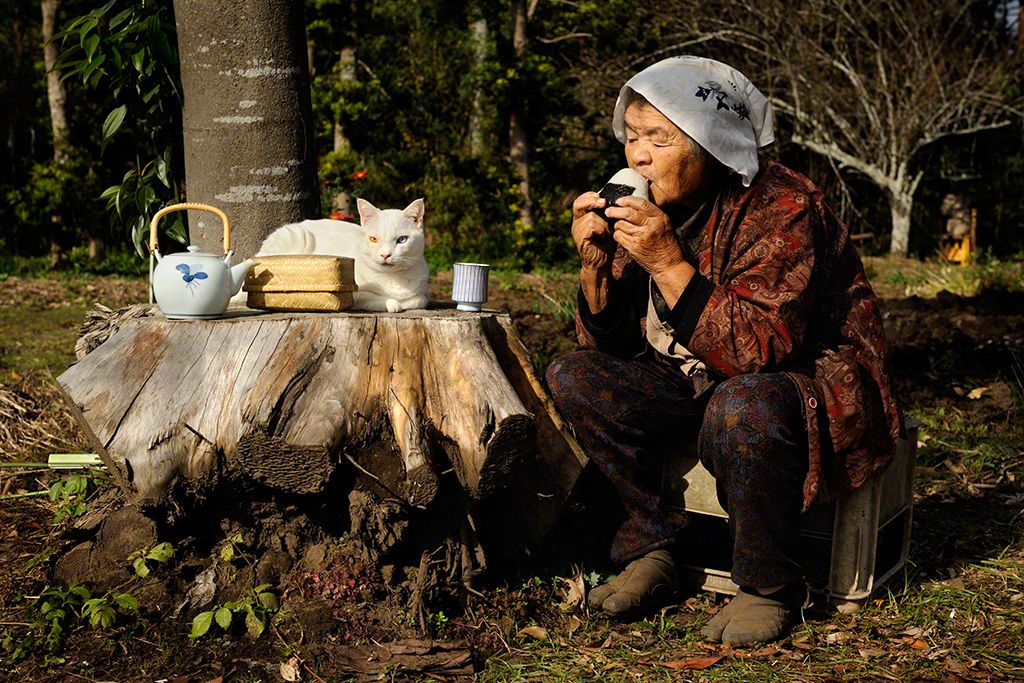 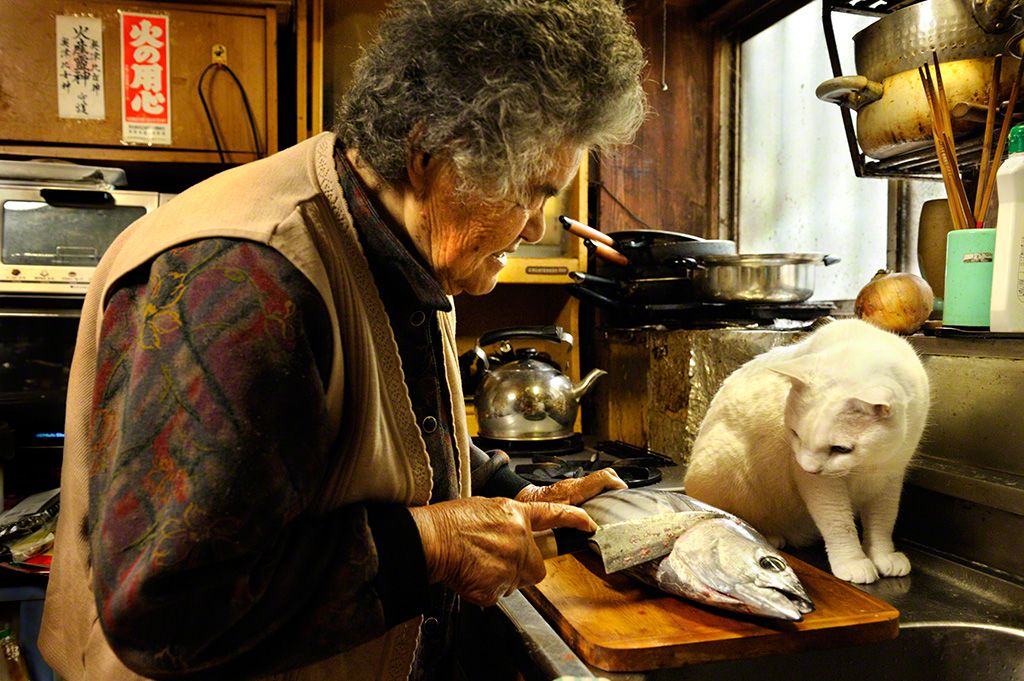 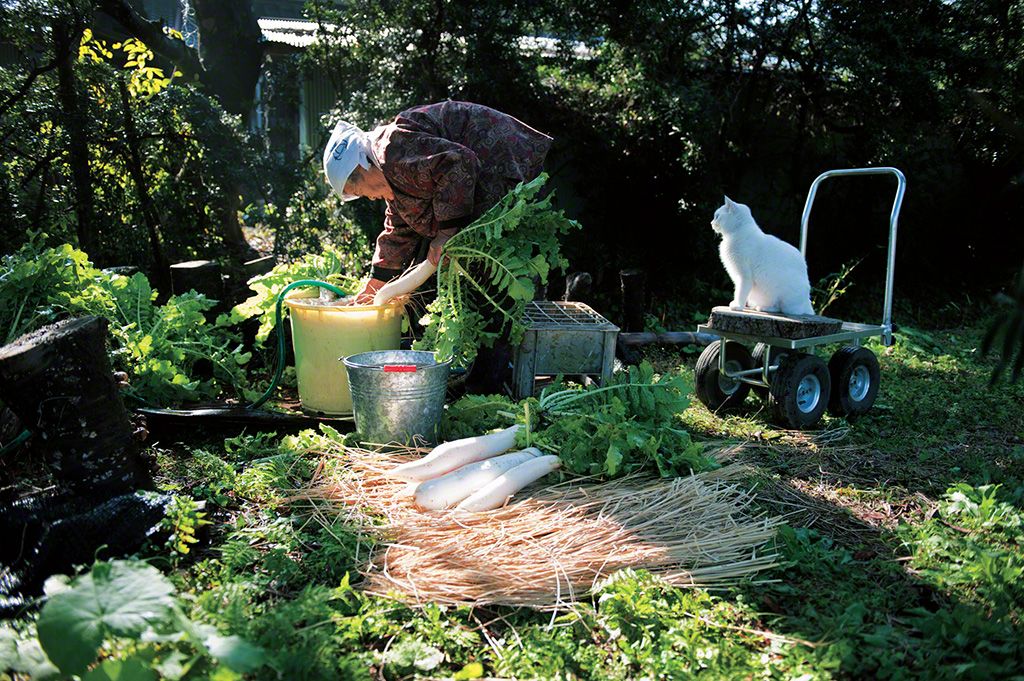 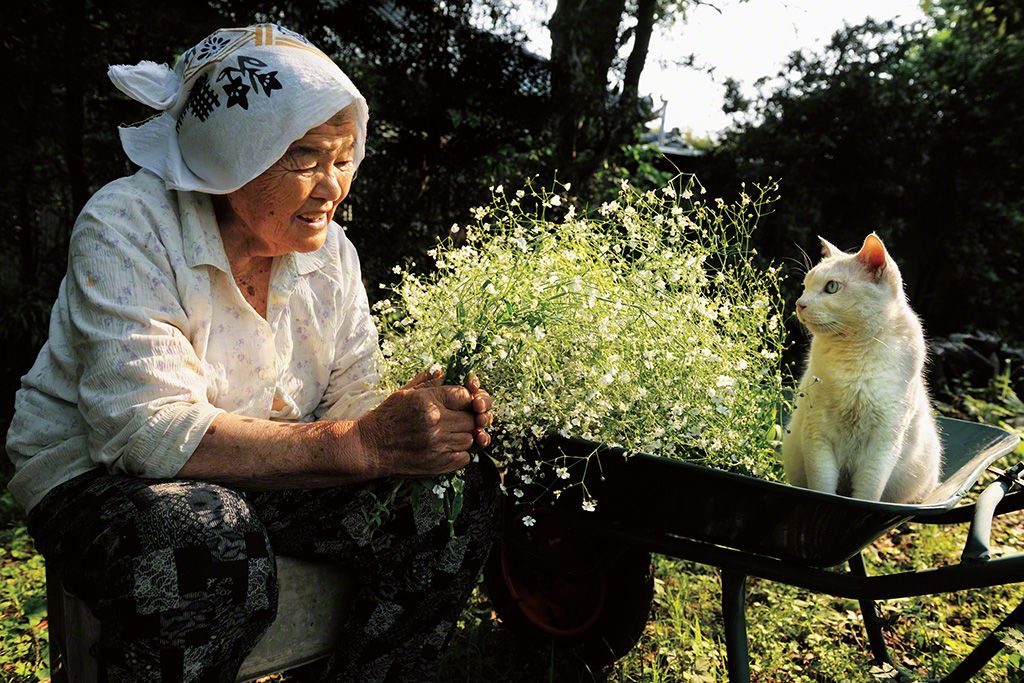 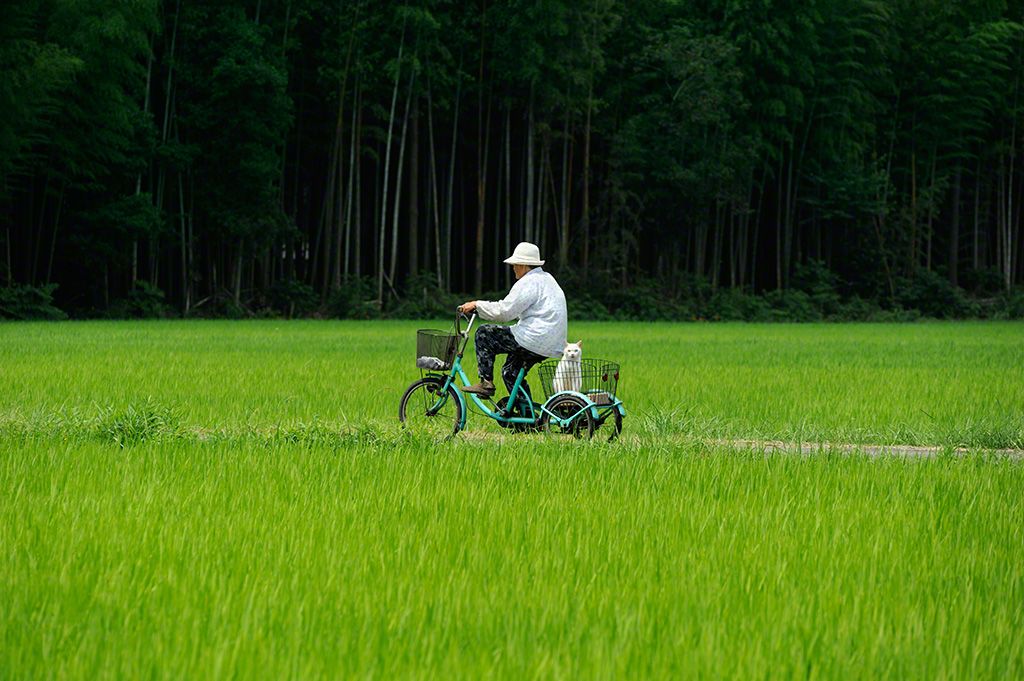 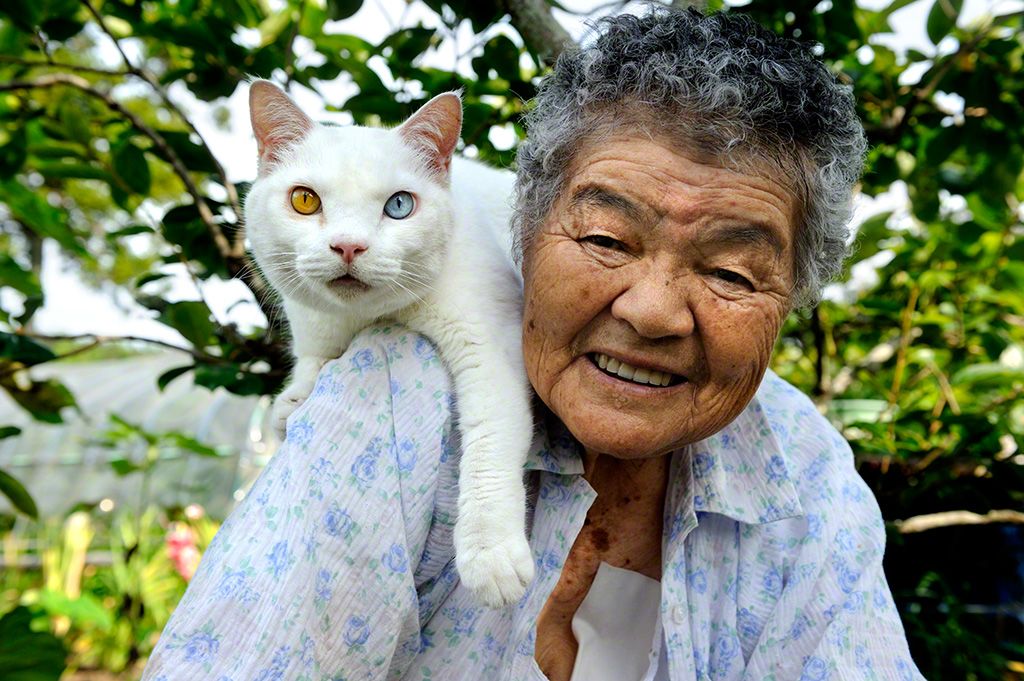