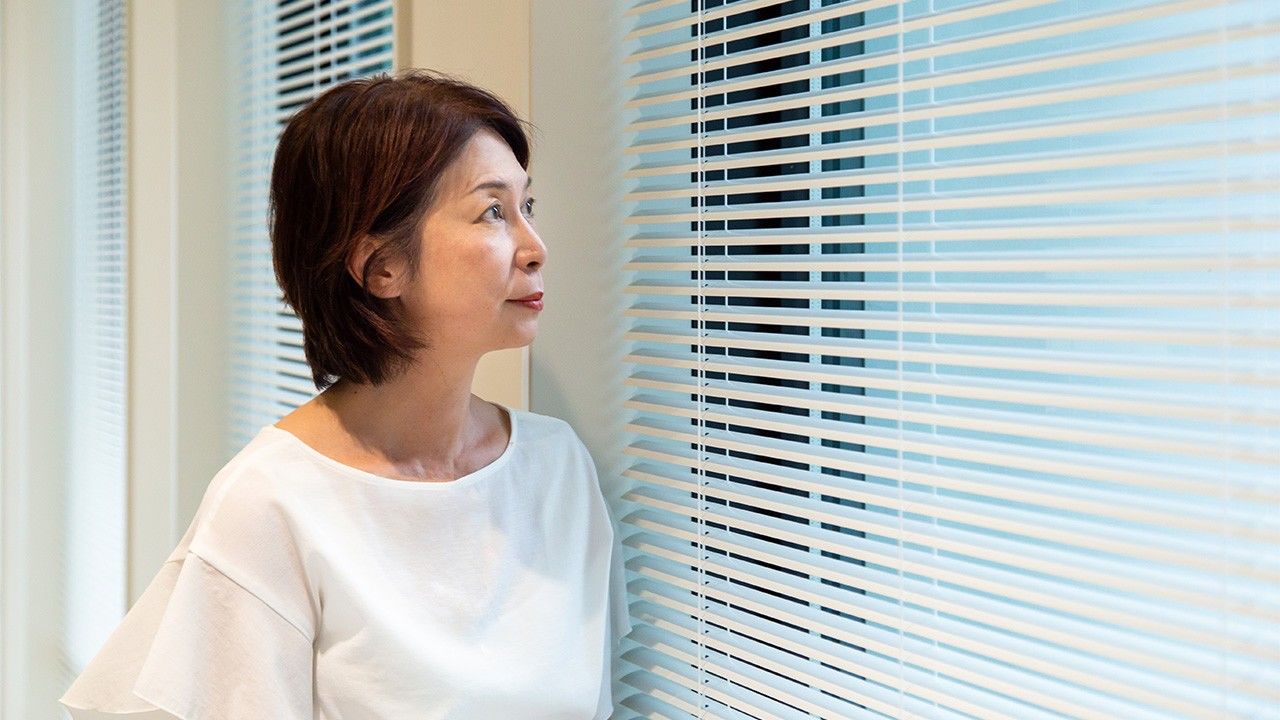 Setting Stalkers on the Road to Rehabilitation

Society People Oct 17, 2019
Kobayakawa Akiko, president of the NPO Humanity, has counseled more than 500 accused stalkers. In the process, she has become convinced of the need to integrate therapy and counseling into Japan’s response to the stalking problem. We sat down with her to discuss the limits of Japan’s Anti-Stalking Act and the promise of a groundbreaking new treatment program. 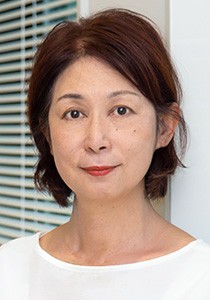 In Japan, it took the murder of a 21-year-old woman in broad daylight just outside a suburban train station to convince society of the need to take stalking seriously. On October 26, 1999, after months of harassment and threats from a man she had briefly dated, university student Ino Shiori was stabbed to death while walking into JR Okegawa station in Saitama Prefecture. Ino had been to the police more than once, but they had refused to take action. Public outrage over the police response triggered an inquiry and disciplinary action against the officers involved. The Okegawa incident also led to the enactment of the 2000 Anti-Stalking Act, which authorized police to deal with stalking (defined as repeatedly approaching or following a specific individual against his or her wishes) by issuing a warning and by arresting any person who ignores such a warning.

Unfortunately, the carnage continued, often amid charges of police neglect. In November 2012, 33-year-old Miyoshi Rie was stabbed to death in Zushi, Kanagawa Prefecture, after complaining of relentless harassment via email (which was not explicitly covered by the 2000 law). In October 2013, a high school student in Mitaka, Tokyo, was killed by a former boyfriend at her own home, not long after seeking police intervention. And in a May 2016 incident in Koganei, Tokyo, 20-year-old singer Tomita Mayu was stabbed repeatedly by an obsessed fan, sustaining critical injuries. She, too, had sought help from the police, telling them that the fan’s increasingly hostile and threatening comments on Twitter made her fear for her life.

The Anti-Stalker Act was revised twice in an effort to close legal loopholes and ratchet up enforcement. The definition of stalking was expanded in 2013 to include email harassment (in response to the Zushi killing), and again in 2016, to cover communications via social media (in the wake of the Koganei incident). But even if a perpetrator receives the maximum penalty of two years in prison or a ¥2 million fine, there is little to prevent him or her from striking again with renewed hostility. Many victims live in fear of such a recurrence.

“The Anti-Stalking Act is focused on preventing a first offense,” explains Kobayakawa Akiko, a counselor specializing in stalking. “A police warning issued under the law can serve as a deterrent to some. But once someone has crossed the line and engaged in intimidation or assault, they should be taken into custody immediately. The question then becomes how to prevent that person from becoming a repeat offender.” This is where the current system falls short.

From Victim to Therapist

Kobayakawa began providing services on behalf of stalking victims in 1999. The direct impetus was not the Okegawa incident, which also happened to occur that year, but Kobayakawa’s own traumatic experience with a stalker.

Kobayakawa had gone into business as an art importer in 1994. A man she knew had asked to join the management team, and when she told him no, he began tailing her and phoning her dozens of times each day. “At one point he barged into the office and went on a rampage,” recalls Kobayakawa. “One of my employees was hurt as a result. But when I went to the police, they told me, ‘Come back when he does something serious, like setting the office on fire.’ That was when I decided I needed to take matters into my own hands.”

Kobayakawa located a private security firm, which assigned bodyguards to protect Kobayakawa and her business from the stalker. Through such drastic action, she was able to prevent any further incidents of violence. Still, the man continued stalking Kobayakawa for several years thereafter, and even today she remains uneasy, imagining his seething resentment. “I’m still in the habit of glancing behind me from time to time,” she says.

Galvanized by the experience, Kobayakawa decided to launch a nonprofit service to assist stalking victims who might lack her resources. “At the beginning, it was all about protecting the victims,” she says. “After all, the stalkers were the ‘bad guys.’ But when I started talking to stalkers at their victims’ request, I saw that they were suffering, too. Often they had been hurt by a romantic attachment that they couldn’t let go of and were caught in a cycle of self-destructive behavior. I quickly realized that stalking was a kind of addiction involving a fixation on a particular person.”

Kobayakawa defines a stalker broadly as anyone “who repeatedly initiates unwanted contact with a specific party out of an obsessive interest in or desire for contact with that party.” The “spurned lover” envisioned by the drafters of the Anti-Stalker Act is the most common type and is responsible for the majority of incidents, including the murder cases described. However, similar interactions can occur between a parent and an adult child. Kobayakawa has also dealt with stalkers motivated solely by animosity.

When a victim of stalking comes to Kobayakawa, she begins by using information from the client to assess the perpetrator’s emotional state and determine the danger he or she poses. At the initial stage, stalkers are generally still seeking attention and understanding from the target. At stage 2, grievances and feelings of resentment take over, and the perpetrator shifts to complaints and verbal attacks. Kobayakawa labels this stage “dangerous.”  If the situation continues to escalate, it reaches the “poisonous” stage, where acts of violence are apt to occur. The key, she says, is to stop the stalking before it reaches the third stage. Kobayakawa has had considerable success with Gestalt therapy, a technique in which she is trained. “It’s a school of therapy that emphasizes healthy boundaries between the self and others,” she explains. 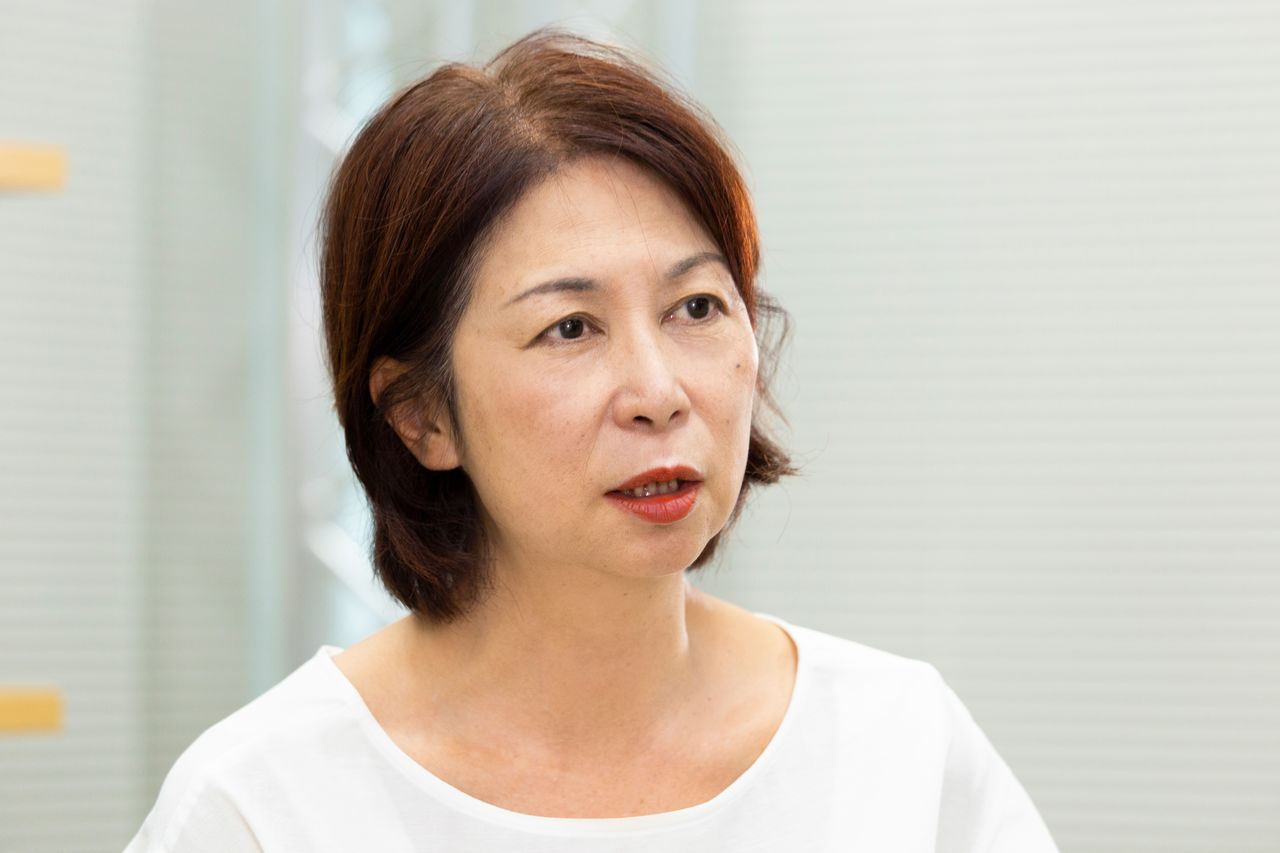 “Certainly a warning from police under the Anti-Stalking Act can be very helpful,” she says. “But if handled or timed poorly, police intervention can actually exacerbate the problem. That’s why I think that law enforcement needs to coordinate with mental health providers. Any individual who receives a warning should also meet with a psychiatric social worker or qualified counselor. To be honest, it would be even better if they had an opportunity to get counseling before the police got actively involved.”

Kobayakawa believes that many serious incidents could be averted if stalkers had access to such support. Miyoshi Rie, the victim in the 2012 Zushi incident, consulted with Kobayakawa in 2011, after a former boyfriend, Kozutsumi Hideto, was arrested for sending her threatening emails. Kobayakawa offered to meet directly with Kozutsumi, but Miyoshi would not give her consent. The stalker was indicted and convicted on charges of intimidation but received a suspended sentence. In March the following year, he resumed his email harassment. Miyoshi went to the police and begged them to re-arrest Kozutsumi, but they took no action. Miyoshi was killed in November 2012. Kobayakawa still wonders if she could have prevented the murder had she succeeded in getting Miyoshi’s permission to meet with Kozutsumi. “It’s going to haunt me for the rest of my life,” she says.

Although Kobayakawa claims considerable success with the stalkers who agree to be counseled by her, about 10% of them are simply unable to turn over a new leaf. But there is hope for hard-core stalking addicts. Dr. Hirai Shinji of the National Hospital Organization Shimofusa Psychiatric Medical Center uses the “conditioned reflex control technique” (CRCT) to treat a wide range of compulsive behaviors, including drug abuse, alcoholism, and pathological gambling. CRCT is essentially a 13-week course of brain training, administered on an in-patient basis, by which addicts learn, step by step, to control their impulses and stop undesirable behaviors. When Kobayakawa met Hirai in 2013, he told her unequivocally that he could “cure” stalkers using the same technique.

Kobayakawa was skeptical, but she was dealing with an intractable case and decided it was worth a try. The patient, a woman in her twenties, was desperate and had begun to voice suicidal thoughts. At Kobayakawa’s recommendation, the woman checked into Hirai’s addiction treatment program. By the time she checked out, she was completely free of her obsession.

Kobayakawa says she has since referred more than 20 “dangerous” or “poisonous” stalkers to the program, and almost all of them have been rehabilitated. In one case of successful cooperation with the criminal justice system, the attorney for a man indicted for intimidation acted on Kobayakawa’s advice and successfully applied for bail on the condition that his client check into the Shimofusa Psychiatric Medical Center, with Dr. Hirai as his guarantor. A police officer escorted the man to the medical center. The man, who was convicted but given a suspended sentence, was able to start a new life, completely cured of his fixation.

“The healthcare community as a whole has yet to embrace the idea of stalking as a mental illness—specifically, an impulse-control disorder—that requires medical treatment,” says Kobayakawa. It’s still widely regarded as something that can be managed through counseling alone. Stalkers rarely view their behavior as a disease, either. I think we need to foster a shared understanding of stalking as a psychiatric disorder. With that as a basis, I’m hoping we’ll see some changes in the criminal justice system, including court-ordered treatment.”

The rise of social media has made it easier than ever before to act out on stalking impulses. In 2018, the number of confirmed stalking cases surpassed 20,000 for the sixth straight year, according to the National Police Agency. Kobayakawa sees a growing number of victims—many of them junior high school and high school students—who have never once met their stalkers face to face. “I also get the feeling that social media has the effect of speeding up the escalation to ‘poisonous’ stalking,” she says.

Kobayakawa feels that schools need to start educating young people about cyberstalking. “Teachers should be prepared to respond quickly and appropriately when a stalking incident occurs,” she says. She envisions school instruction incorporating simulated situations, based on actual case studies, to help young people resist stalking impulses and steer clear of risky interactions.

At the same time, with social media providing ever-growing opportunities for stalkers, Kobayakawa is convinced of the need for widespread application of therapy centered on CRCT. “This is a truly groundbreaking treatment, and I’d like to see it become the gold standard everywhere.”

(Originally published in Japanese based on an interview by Itakura Kimie of Nippon.com. Photos by Hashino Yukinori.)