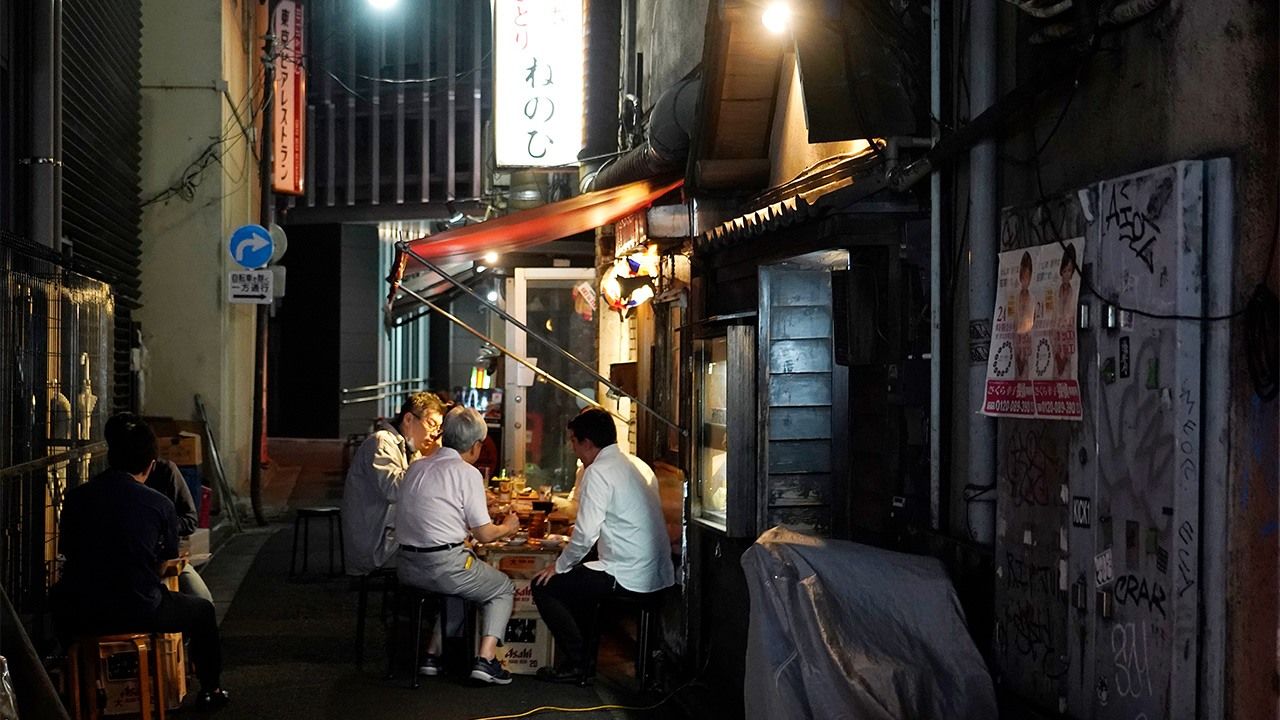 A Prescription for Loneliness: Overcoming the Isolation of Japan’s Middle-Aged Men

Society Culture Lifestyle Family Work Sep 3, 2020
Okamoto Junko called Japan’s middle-aged men “the loneliest people in the world” in a 2018 book. In this interview, she warns against their growing isolation during the COVID-19 crisis. 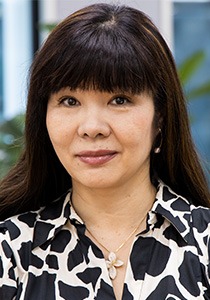 Communications strategist. Worked as an economics reporter at Yomiuri Shimbun and a consultant at Dentsū Public Relations before becoming the president and CEO of Glocomm. Completed her degree in political science at Waseda University and her master’s degree in international relations at Cambridge University. Former visiting scholar at the Massachusetts Institute of Technology. Writer of Sekai ichi kodoku na Nihon no ojisan (The Loneliest People in the World: Japan’s Middle-Aged Men)

Before the spread of COVID-19, the world was starting to recognize another severe threat: the contemporary pandemic of loneliness. The understanding that social isolation may have a more considerable impact on mental and physical health than smoking or obesity, with a high risk of leading to death, has been spreading among some people, mainly in the West, who see a pressing need for action.

“There are as many medical studies demonstrating the negative effects of loneliness as there are stars in the sky,” says communications strategist Okamoto Junko. “For example, there are results that show it can increase risk of heart disease by 29 percent, that it is as bad for health as smoking 15 cigarettes a day, and that it increases risk of Alzheimer’s by 2.1 times. Vivek Murthy, who was surgeon general in US President Barack Obama’s administration, published an article based on observations across the United States in which he stated that loneliness was the common factor in all kinds of social issues, from abuse, bullying, and poverty to alcohol and drug addiction. In 2018, Britain appointed its first minister for loneliness, leading the way in beginning efforts to tackle the problem.”

The decline in the birthrate and increased urbanization are factors in the “disease” of loneliness spreading more easily to men and women of all generations. However, a tendency to pride and poor communication skills means that older men especially can easily become isolated. In her book Sekai ichi kodoku na Nihon no ojisan (The Loneliest People in the World: Japan’s Middle-Aged Men), Okamoto stated that loneliness was particularly a problem in Japan. During the social distancing of the coronavirus “new normal,” there is a strong possibility of Japan’s ojisan (middle-aged men) becoming further cut off.

The Idealization of Solitude

Why is loneliness so much more likely to affect middle-aged Japanese men? Okamoto says that Japanese culture and values are major factors.

“When my book came out two years ago, many male readers responded negatively. There’s a persistent belief that being alone is a virtue, and that it’s how people live. ‘What’s wrong with it?’ they asked. They see it as an escape from conformity and dependence on others to stand on their own two feet. But the Japanese word kodoku can mean both ‘loneliness’ and ‘solitude,’ so the two become confused. I was using it to mean loneliness—namely, the hopeless, long-term isolation where people cannot make connections when they want to and realize they have nobody to turn to in trying times.”

Some recent Japanese bestsellers have idealized solitude, but Okamoto suggests that their big sales reflect how many people are isolated. “It seems to me that readers want the reality of the loneliness they feel to be assessed positively rather than negatively.” 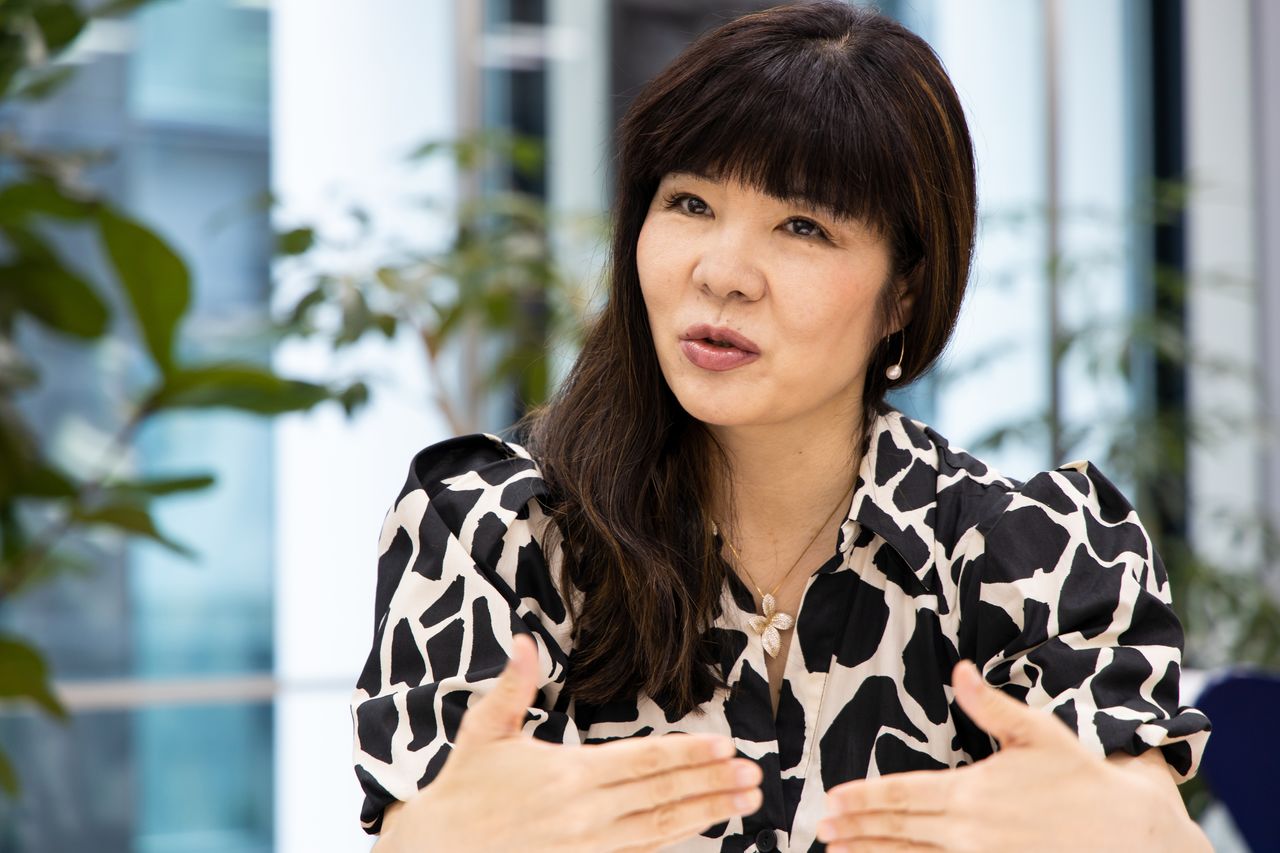 Okamoto Junko says that many men do not want to accept their feelings of loneliness.

Another factor is the shared background of many in Japan within what is considered a “high-context culture” in which people are expected to understand each other without statements being made explicitly. Okamoto notes the common belief in the idea of ishin denshin, or communicating without words, which undermines the ability to put one’s ideas into language. Middle-aged men tend to spend long hours in conformist corporate environments where communication often comes only in the form of orders from above. As they depend on their workplaces, they do not know how to connect with people outside them, facing the risk of isolation.

Polls by Gallup and others show how the quality of workplace communication has a clear effect on a company’s productivity. “But Japanese companies—particularly large ones—have not sufficiently appreciated the importance of interchange between employees. By international standards, Japan’s companies have a low employee engagement index, based on such factors as sense of contribution, motivation, and commitment, and the country has the lowest productivity in the G7 economies.”

Workers’ strong sense of belonging is not accompanied by commitment. “They really feel like they’re forcibly assigned to their positions and made to do jobs they don’t want to do, so there’s not much of a connection to their company or colleagues. Instead, it’s like they’re birds in cages, dependent on their employers,” Okamoto says. “They can’t flap their wings freely while they stay, but take the cage away and they don’t know what to do with themselves. Japan mass-produces these kinds of people.”

After retirement, husbands who spend their time idly at home may be seen as in the way by wives, giving rise to disparaging phrases to describe them like sodai gomi (oversized garbage). “While they say they hated their jobs, there are huge numbers of men in their sixties and seventies in particular who found meaning in their lives through being recognized for their work and in the feeling that they were needed. As their wish for validation was fulfilled in the company structure, they have a sense of hollowness after leaving the organization. They thought they could spend their retirement having fun and doing what they liked, but then they realize they have no interests and nothing to do. In an age where people are living to ninety, spending decades in hopeless isolation is cruel.

“In less urban areas of Japan, there are men who get involved in the community through festivals and other activities, but in the big cities older hikikomori are not uncommon. Meanwhile, there are many women of the same age who are active, and 95 percent of those who gather at city meeting halls are female. Ask them, ‘Where’s your husband?’ and they’ll usually say he’s either at home or the library.”

Nonetheless, Okamoto says it is not only middle-aged men who risk becoming isolated. The huge social problem for Japan of hikikomori, or people living in seclusion from society, crosses all generations, and an increasing number of women are also finding it difficult to make connections.

Further Isolated by Distance and Technology

Okamoto has given communication coaching to around 1,000 company presidents and executives. She says that Japan has little communication know-how and few opportunities to learn how to improve such skills.

“Boosting solidarity through better communication, rather than just top-down transmission of information, leads to better employee morale and improved productivity. Yet Japanese corporate executives default to expressionless reading from a script. If there’s no emotional engagement, there’s no improvement in team spirit, and the message isn’t successfully conveyed.”

The COVID-19 crisis has sped up adoption of working from home, and the growing number of online meetings are a further hindrance to interaction. “People understand a message through the whole body and not just the words spoken. To properly convey information remotely, you need to rely more on facial expressions and gestures than when in the same room, and not just stick to reading a script. There’s room for concern that online discussions could lead to more one-way communication from outspoken older men, but in fact, many in this cohort are uncomfortable with talking in these settings. While there’s encouragement to work from home, a lot of people are still going to the office . . .”

Okamoto bemoans the communications issues that are obstacles to overcoming loneliness. “If these middle-aged men could build relationships between themselves, they’d feel less isolated, but at the moment, they can’t even go drinking together. I also often hear them saying that while they’d like to listen to women, they’re not interested in what men their own age have to say.”

Social capital has become a much-discussed concept as one way of measuring the well-being of a society. It represents the extent of trust networks and social ties established through such actions as volunteering or taking part in regional activities. In a social capital ranking calculated by the Legatum Institute in 2019, a British think tank, Japan came 132nd out of 167 countries, which was lowest among all the G7 members.

“In Western countries, between private individuals and families and public bodies like national and local authorities, there is an important third set of social groups, and this is where Japan is weak,” Okamoto says. “A typical example would be nonprofit organizations, which play a major role as a social safety net and create all kinds of opportunities for volunteering. They are also popular workplaces that bring together talented employees. In the United States, there are an estimated 1.5 million NPOs providing around one in ten of all jobs, while Japan has just 50,000 certified NPOs. There’s little appreciation here of their work, and the cultural grounding isn’t there for easy individual participation.”

While systems acting as a basis for mutual support are weak, Okamoto says the point of greatest concern is the attitude in society of looking out only for number one.

“I’ve sensed recently a growing tendency to think that as people are essentially all alone, they should just take responsibility for themselves and not worry about others. Problems like loneliness and poverty are dismissed as coming down to personal responsibility. A society is built on support for others, through actions like donations and volunteering, but we seem to be losing concern for and tolerance toward more vulnerable people. At the time of the Great East Japan Earthquake, there was a recognition of the value of social ties and supporting each other, but in the COVID-19 pandemic we seem to be moving toward a focus on building solitary resilience.”

“We need to boost social capital, but there’s little hope of government efforts in that direction, while local authorities have limited budgets, even if they are so inclined,” notes Okamoto.

“A more realistic solution lies in setting up fragile, ‘cobweb-thin’ safety nets as a form of local infrastructure. There should be all sorts of places people can meet up. Rather than staying completely isolated, it would be better to value loose connections and microcommunities. There’s no need for places with the kind of close ties as in companies and families. Temples, cafés, sentō bathhouses, sports gyms, and barbers that offer the chance for a little conversation can be enough to keep loneliness at bay. The ideal is a society that builds loose connections, so nobody ends up in a situation where they barely exchange a word with anyone for months or even years.”

Then, if someone helps bring men together into conversation, so much the better. “Before the pandemic, I used to recommend snack bars as powerful local infrastructure for making connections. Alcohol made conversation flow more easily, and the female proprietor acted as an intermediary facilitating talk between middle-aged men who felt they wanted to chat with her rather than each other.”

Okamoto says that human contact has its troublesome aspects, but individuals must come to terms with this and gain the strength to overcome some level of friction with others.

“We don’t want a society where people hide away in shells like hermit crabs, damaging each other’s shells, too. During the pandemic, though, meeting up is seen as a crime in itself. It feels like a challenge to the fundamental human desire to make connections. There needs to be thorough consideration of how to deal with this issue.”

(Originally published in Japanese. Interview and text by Itakura Kimie of Nippon.com. Banner photo: Company workers get together after the lifting of the COVID-19 state of emergency at an izakaya in Yūrakuchō, Tokyo, on May 29, 2020. © Jiji.)