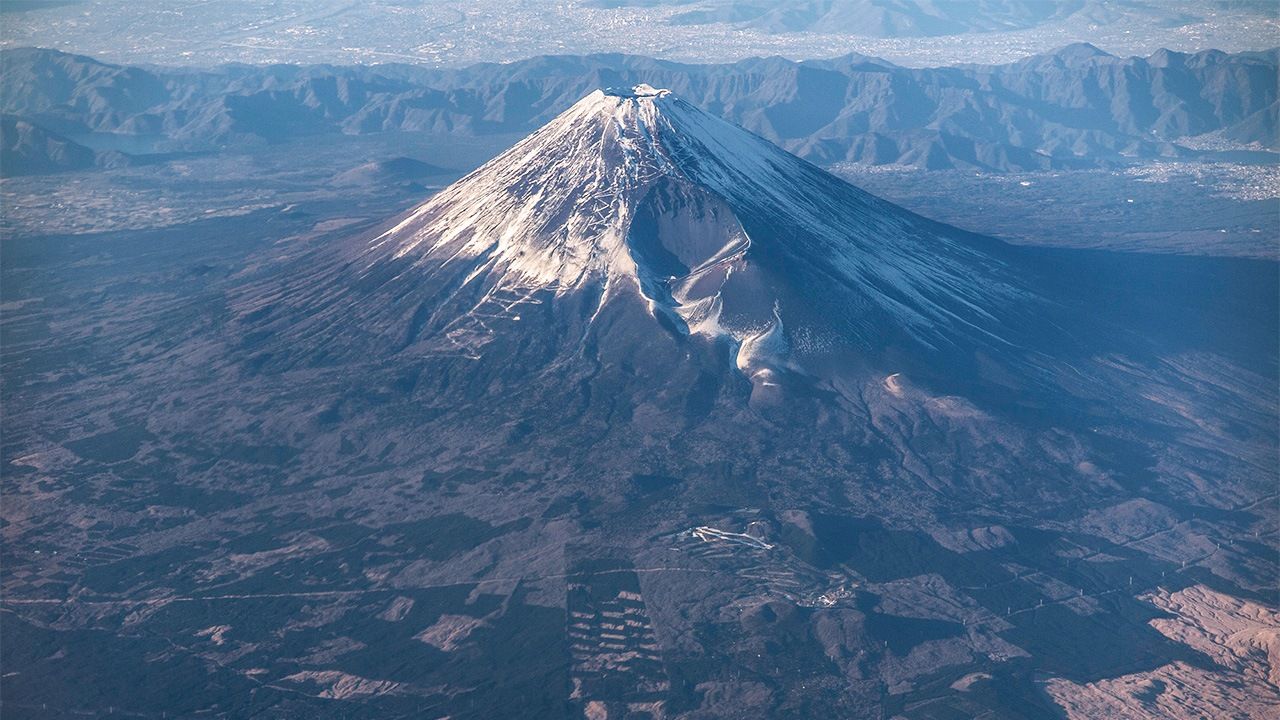 Society Apr 3, 2019
Mount Fuji remains an active volcano, even over 300 years since its last eruption.

Mount Fuji is a Japanese icon, and at 3,776 meters the country’s tallest peak. Its elegant symmetry, spreading outward like a hand fan from summit to base, is the result of repeated occurrences of volcanic activity, a reminder that Fuji is an active volcano to this day. This fact holds true despite over 300 years of quiescence since its last eruption in 1707. Here is a summary of the mountain’s volcanic activity through the ages.

The area around Mount Fuji has been volcanically active for millions of years. Approximately 700,000 years ago, what is now referred to as the Komitake volcano becomes active where present-day Mount Fuji stands. The Komitake summit is now located on the north slope of Mount Fuji.

The mountain becomes what is referred to as the Kofuji (old Fuji) volcano at this stage of development. This period is distinguished by explosive eruptions which discharge large volumes of scoria (porous rock), volcanic ash, and lava. Ultimately, a peak 3,000 meters above sea level is formed.

Eruptions during this time primarily take the form of lava flows. Lava flowing down the southern flank of the peak reaches as far as Suruga Bay, on the western side of Izu Peninsula.

A new period of activity commences after some 4,000 years of dormancy, continuing to the present. The mountain is now referred to as the Shinfuji (new Fuji) volcano. Eruptions take a variety of forms during this period, including lava flows, pyroclastic flows, scoria, volcanic ash, sector collapses, and lateral blasts.

An eruption on the northeast flank of Mount Fuji in the spring of 800 spews out great quantities of volcanic ash. The Ashigara road, a key artery of the time, is buried under many discharges of volcanic ash and debris.

An eruption at the Nagaoyama area on the northwest slope of Mount Fuji causes a lava flow that buries many houses. Lava flowing northwest from Fuji splits a huge lake known as Senoumi, resulting in present-day Lake Shōji and Lake Sai. The Aokigahara Forest (the sea of trees) will grow on this lava field over the next thousand years. The eruption continues without pause for two months at its peak. The Jōgan Earthquake follows in 869, with its epicenter in the waters off the Sanriku coast of northeastern Honshū. The resulting tsunami is responsible for significant damage along the Tōhoku coasts.

An eruption on the southeast slope of Fuji (the Hōei crater), gives off black smoke, cinder, atmospheric vibrations, volcanic lightning, falling ash, and other particulate matter. Great amounts of volcanic ash land in distant Edo the same day, and damage from the eruption extends as far as the Bōsō Peninsula, beyond the city and what is now Tokyo Bay.The eruptions continue intermittently for the next two weeks, burying households and fields in villages near the base of the mountain. Many people in the area starve to death as a consequence. The Hōei Earthquake (estimated 8.6 on the Richter Scale) occurs 49 days prior to this eruption.

(Ancient archives and other documents show records of 17 eruptions of Mount Fuji—including the three above—since an eruption of the Shinfuji volcano in 781.)

Volcanic gas emitted from the southeast flank of the summit crater, believed to have been instigated by the Tōkai Earthquake of 1854. Activity ceases in the 1960s.

Compiled by Nippon.com based on “History of Eruptions of Mount Fuji,” published by the city of Fuji, Shizuoka Prefecture; the Cabinet Office’s “Disaster Information Website,”; “Historical Volcanic Activity of Mount Fuji,” from Japan Meteorological Agency; and websites of municipalities in the Mount Fuji region.

(Translated from Japanese. Banner photo: The gouged portion of Mount Fuji to the lower right of the summit is the Hōei crater, a remnant of the eruption of 1707.© Pixta.)