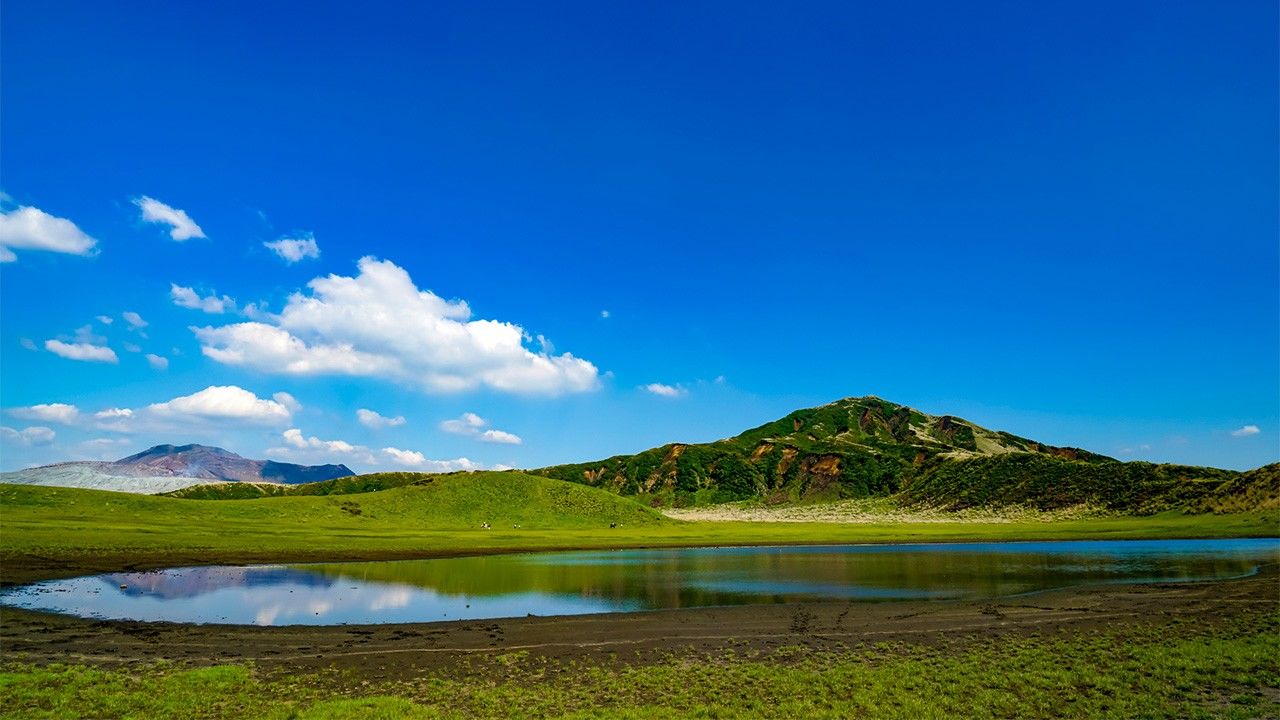 Mount Aso: One of the World’s Largest Calderas

Society Travel Apr 24, 2019
Mount Aso has one of the largest calderas in the world, formed through four huge eruptions that occurred between 90,000 to 270,000 years ago.

Mount Aso is not actually a single mountain. The huge caldera, which measures 25 kilometers north to south, 18 kilometers east to west and 100 kilometers in circumference, is one of the world’s largest. The Aso Gogaku or “five Aso mountains” in its center are generally collectively referred to as Mount Aso. These five are Mount Taka, Mount Naka, Mount Eboshi, Mount Kishima, and Mount Neko. Although Mount Naka remains active, some 50,000 people live within the caldera.

Mount Aso has had four large-scale pyroclastic flows in the past—90,000, 120,000, 140,000, and 270,000 years ago. These huge eruptions caused the underground magma chambers to empty and the land to collapse, forming the giant caldera. Following that, volcanic cones formed in the center of the caldera and became the five Aso mountains that can be seen today. Mount Aso is a central meeting point for the row of volcanoes running east to west, including Mount Yufu, Mount Tsurumi, and Mount Unzen, and those running north to south, such as the volcanic island of Kuchinoerabujima, Sakurajima, and the Kirishima Mountains. 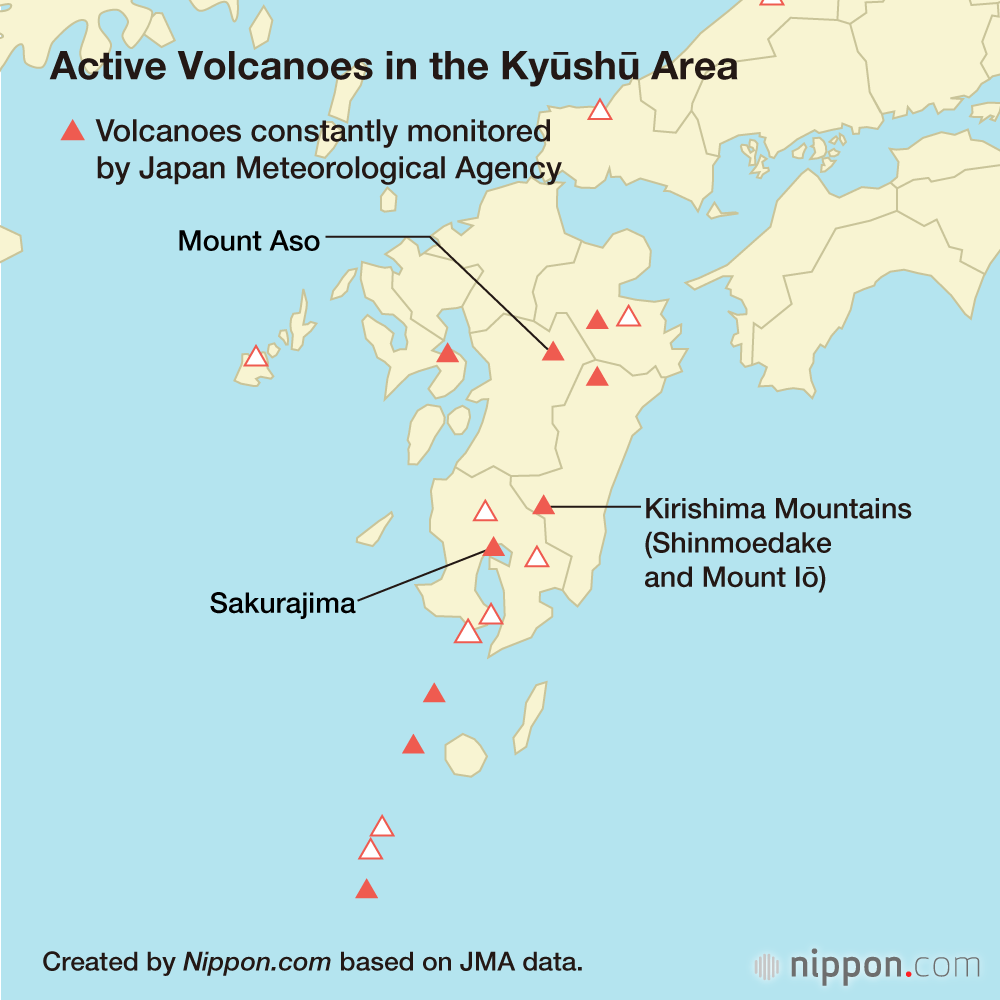 The oldest surviving records for eruptions on Mount Aso stretch back to the year 553; all have come from Mount Naka. There have been a repeated number of eruptions over the centuries. Mount Naka has seven craters, each referred to by number and since 1940, only Crater 1 has been active.

(Compiled by Nippon.com based on the websites for Japan Meteorological Agency, the municipality of Aso, Aso Volcano Museum, Aso Volcano Disaster Prevention Council, and Aso Geopark were used for reference. The timeline covers only recent main events and is not a complete list of all volcanic activity.)