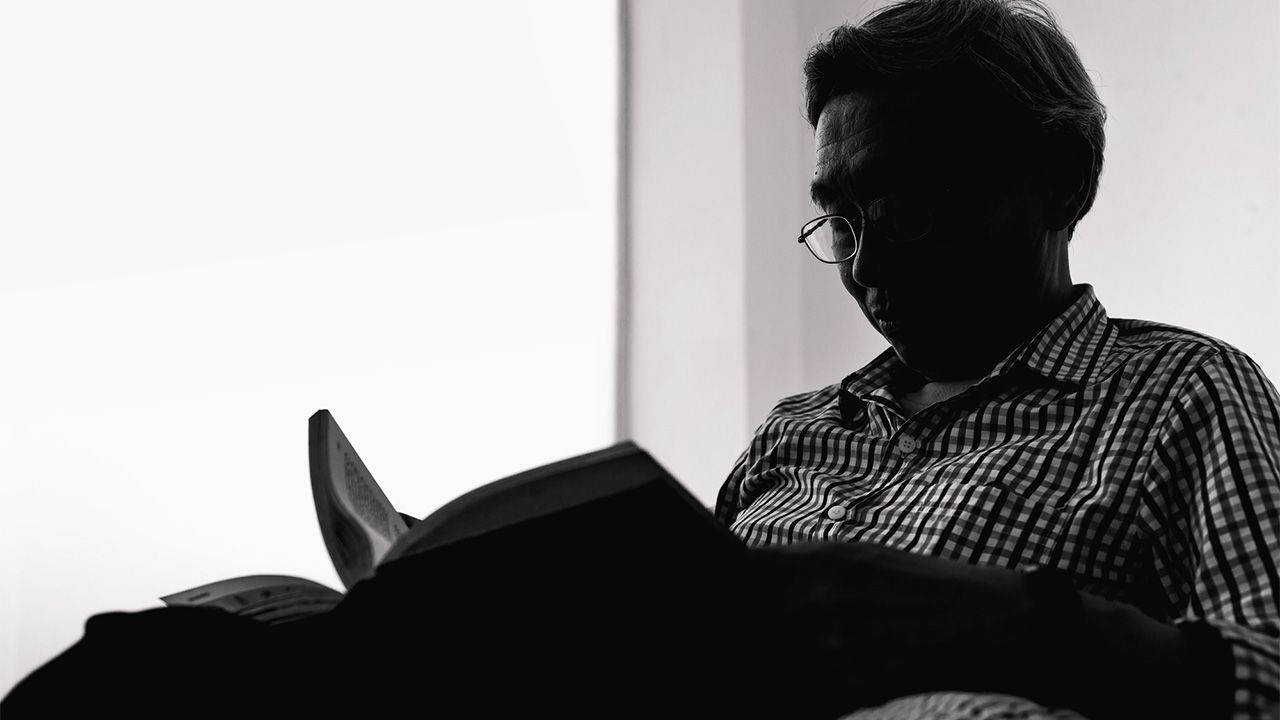 Society Jun 5, 2019
A Cabinet Office survey has revealed that there are an estimated 613,000 hikikomori or social recluses in Japan aged between 40 and 64.

A nationwide Cabinet Office survey looking into living conditions of people aged 40 to 64 estimated that 613,000 people in that range are living as hikikomori or social recluses. A similar 2015 survey found 541,000 hikikomori aged between 15 and 39. While the survey time periods and methods differ, together they indicate that there may well be one million people now living as recluses in Japan.

The recent survey was the first to gather data on hikikomori aged 40 and over. As well as people who never leave their room or house, the definition includes those who for six months or more have only gone out when they needed something for their interests or to pop to a local convenience store. There were 47 people who fell into this category and this figure was used as the basis for calculating the overall total.

At 76.6%, there were far more men than women. The most common answer (29.1%) for why people became hikikomori was due to quitting their job. Other reasons given were because of personal relationships, sickness, and inability to fit into their workplace. 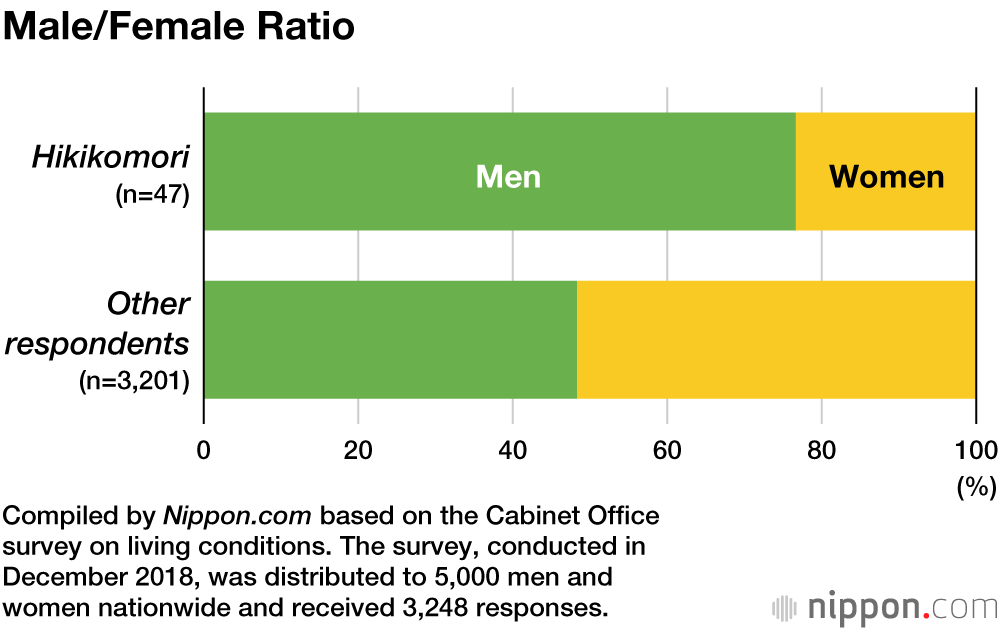 Over half answered that they had been hikikomori for more than 5 years, while 6.4% said they had been for 30 years or more and 12.7% for 20-29 years. There were more than a few cases where people became hikikomori in their twenties or thirties and then became long-term recluses. 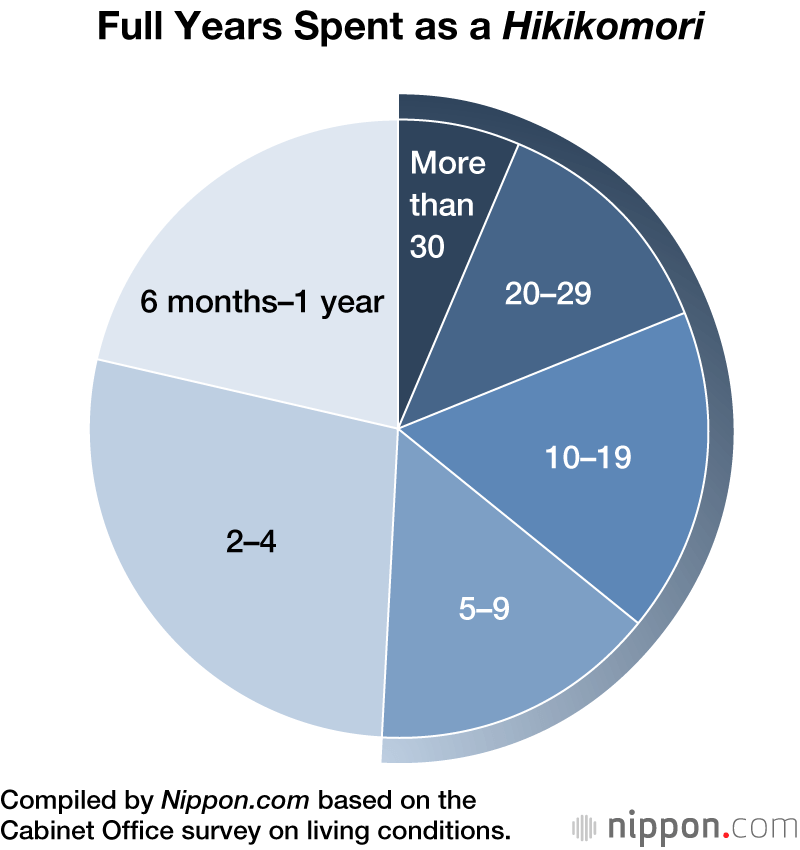 When asked what they did at home, the percentage of hikikomori who answered that they used the Internet or played computer games was actually lower than those who were not recluses. Despite the perception that hikikomori live in a virtual world, the reality is that overall they do very little in general. 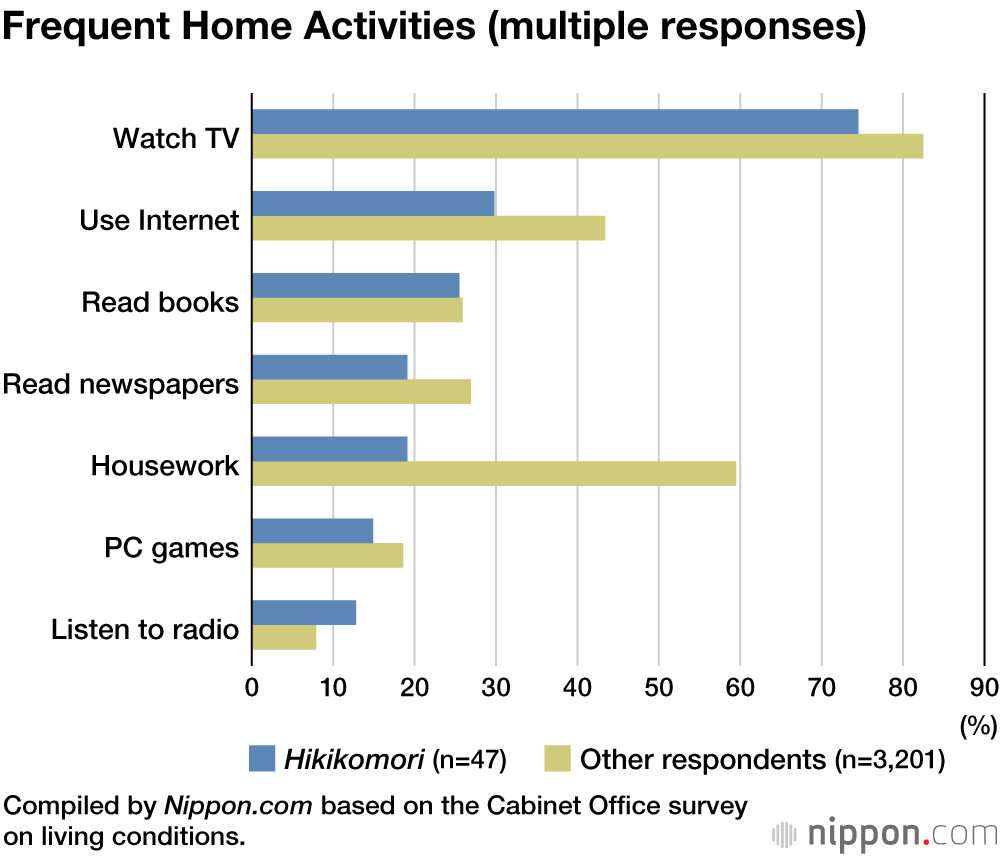