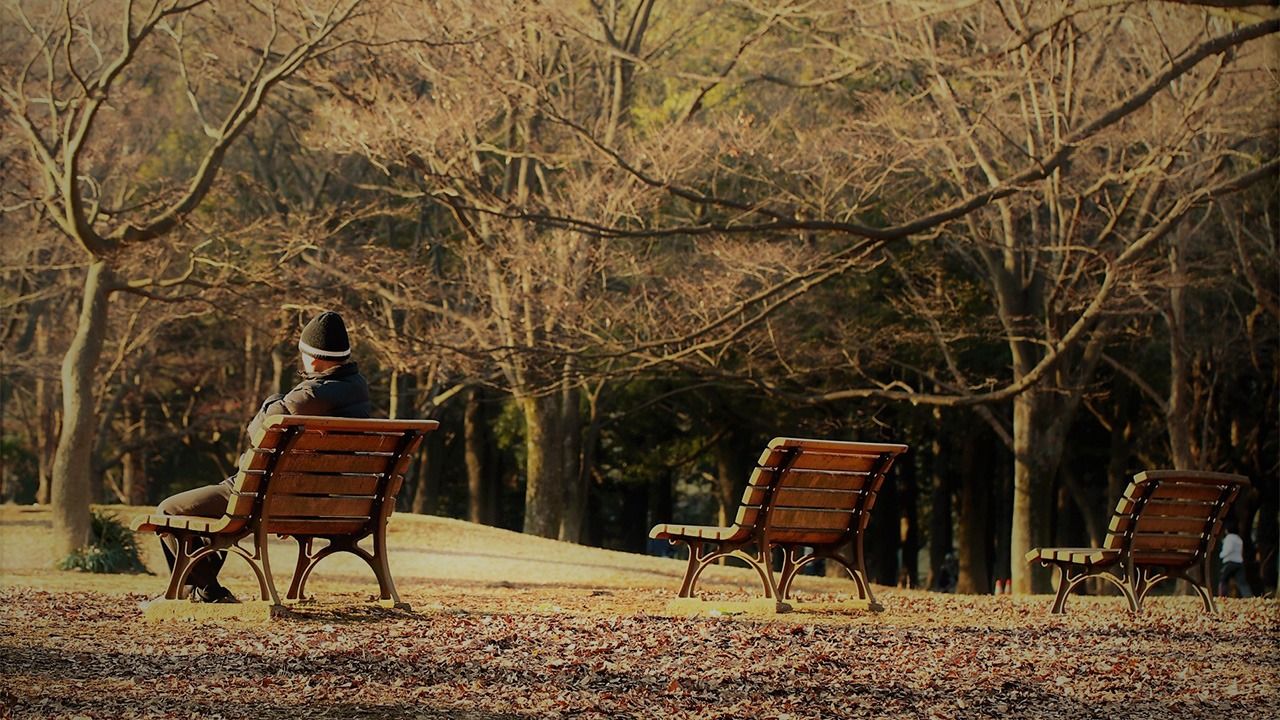 Society Aug 27, 2020
The number of homeless people in Japan has dropped to its lowest level yet of 3,992, according to a Ministry of Health, Labor, and Welfare survey, although this does not take into account some categories of people without fixed residence, such as those who live in Internet cafés.

The Ministry of Health, Labor, and Welfare regularly conducts nationwide surveys to estimate the number of homeless people so as to evaluate the effectiveness of laws and measures supporting their self-reliance. For these surveys, it defines homeless people as those who, without specific reason, have made a public park, riverside, roadside, station building, or other such facility their main place for daily living. Surveys are conducted by having local authority personnel patrol locations to gather data, meaning that the actual figures may well be higher. The methods have also been criticized for not taking into account other people without fixed residences, such as those who live in Internet cafés.

According to the January 2020 survey, the results for which were released by the ministry in July, the total number of homeless nationwide stands at 3,992, indicating a 12.4% drop from the previous year. This is the lowest figure recorded since the survey began in 2003. The overwhelming majority were men at 3,688, while women accounted for 168. A further 136 people’s gender could not be visually determined as they were wearing winter clothing. 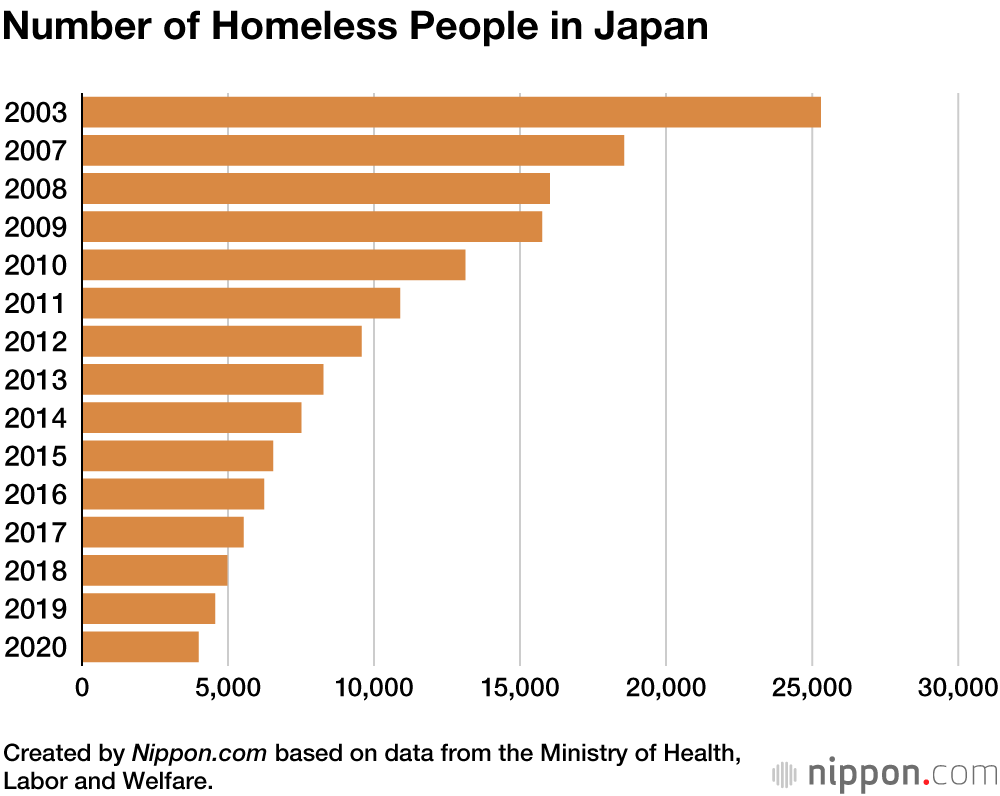 By city, Osaka had 982, higher than that for central Tokyo. The figure for central Tokyo and other major cities combined was 3,120, accounting for almost 80% overall. This was an 11.6% decrease from 2019. 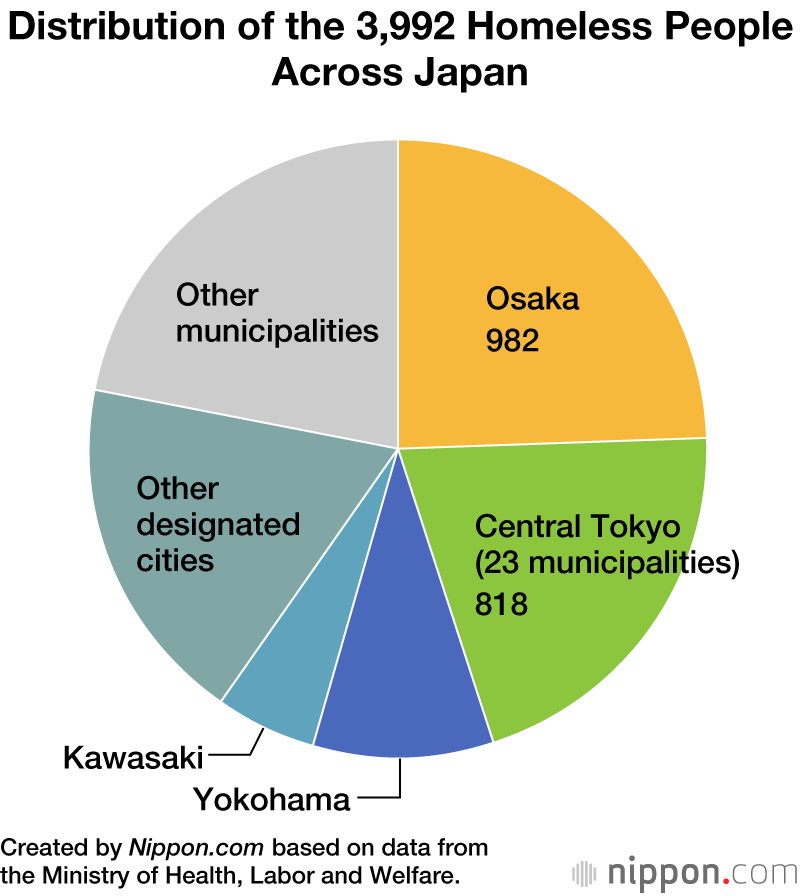 By prefecture, Osaka also had the largest number of homeless with 1,038, followed by Tokyo with 889 and Kanagawa with 719. Seven prefectures reported no homeless people: Aomori, Akita, Yamagata, Shiga, Tottori, Shimane, and Kōchi. Areas that saw the most significant decreases in numbers included Tokyo (down 237 people), Kanagawa (down 180), and Saitama (down 39).

There was no real change in the ratio of different locations where homeless people were observed, compared with that for 2019. The majority were located along riversides (1,020), followed by other types of facility (986), public parks (967), roadsides (796), and station buildings (223).