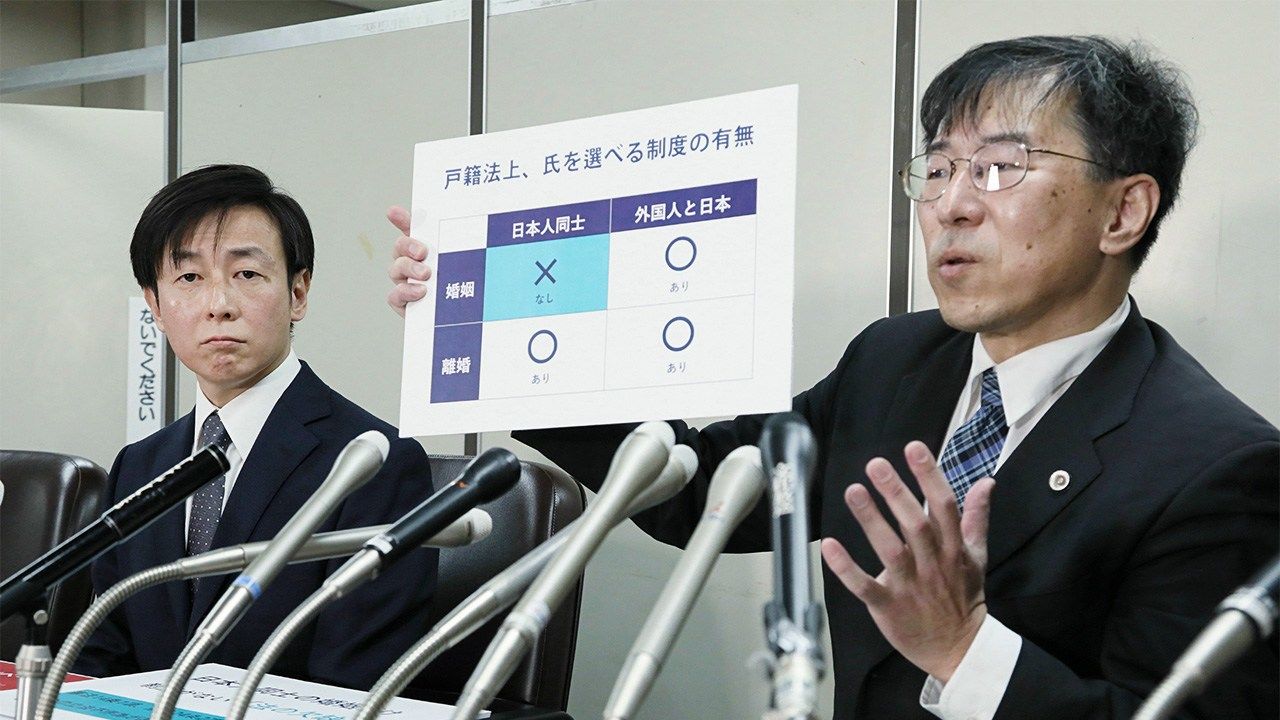 Society Dec 14, 2020
While Japanese law requires the majority of married couples to have the same surname, there is considerable backing for the right to different surnames among the general public.

Under Japanese law, married couples must have the same family name, with the exception of international marriages. However, in a recent survey, 35.9% of respondents said that while they personally would prefer to have the same surname as their partner, they thought it was fine for other couples to choose. A further 34.7% also answered in favor, saying that they would prefer to choose separate surnames and other couples should be free to choose too. The survey of 7,000 people under the age of 60 was conducted by Tanamura Masayuki’s laboratory at Waseda University together with a nongovernmental organization promoting the right of couples to have separate surnames. 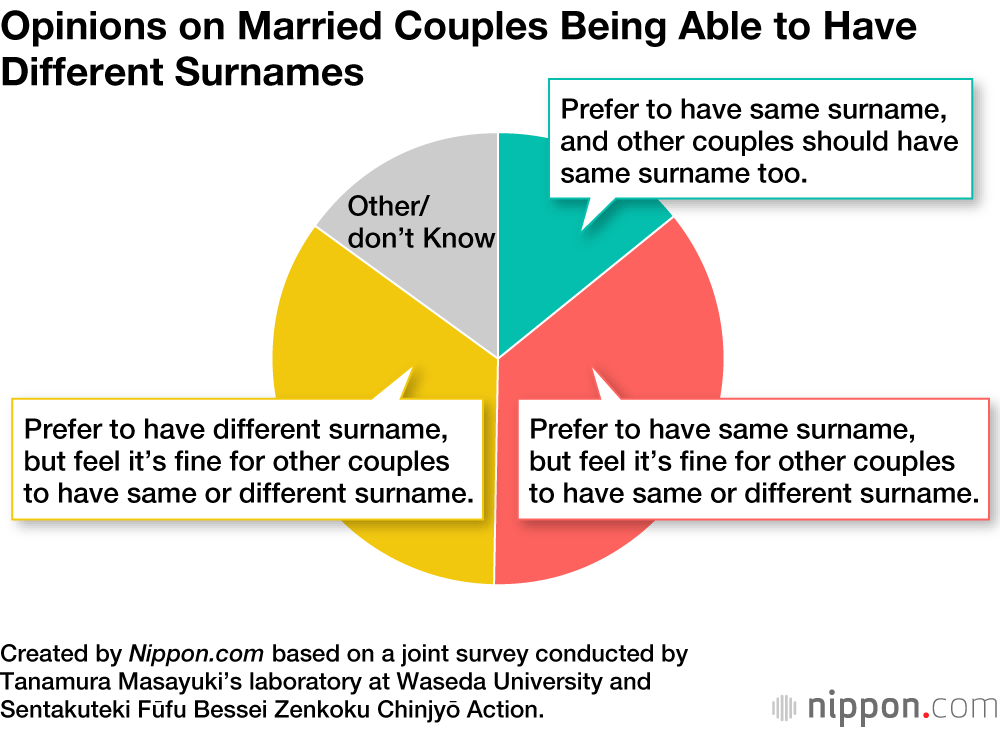 Men appeared to be more against the idea than women with 23.4% in their fifties, 20.5% in their forties, and 17.0% in their thirties not in favor of separate surnames. The ratio of women who were opposed, meanwhile, was less than 10% in all age groups.

It was also found that 1.3% of respondents had either given up on getting married or opted for a common-law marriage because there was no option to have different surnames. There were relatively high totals for men in their twenties (2.4%) and women in their fifties (1.9%). Both men and women showed a tendency to be more opposed to separate surnames the older their age group.

Have you chosen not to marry or opted for a common-law marriage because you couldn’t select separate surnames?

As stated on the Ministry of Justice website, a system allowing different surnames would allow couples to continue using their original surnames after marriage, if they so wished, rather than one partner changing, as required under current civil law.

In recent years, as women have become more engaged in society, the inconvenience and disadvantages caused by changing surnames are becoming more apparent and an increasing number of people have been calling for the introduction of an optional dual-surname system. In a 2015 ruling, the Supreme Court stated that the requirement for couples to have the same surname was constitutional, but also requested further Diet debate on this issue.

(Translated from Japanese. Banner photo: Cybozu President Aono Yoshihisa (left) and others hold a press conference after filing a lawsuit with the Tokyo District Court for an optional dual-surname system. Taken at the Judicial Press Club in Kasumigaseki, Tokyo, on January 9, 2018. © Jiji.)