Society Health Jan 13, 2021
Japan’s second state of emergency, initially announced for Tokyo and three surrounding prefectures, comes as the nation is recording far higher numbers of infections than in the first declaration in April and May 2020.

On January 7, 2021, the Japanese government announced a state of emergency for the prefectures of Tokyo, Saitama, Chiba, and Kanagawa that will run from January 8 to February 7. Due to the high risk of COVID-19 infection, bars and restaurants have been asked to shorten operating hours, while residents have been requested to work from home where possible and refrain from going outside unnecessarily after 8:00 pm. As of January 13, reports indicate that seven other prefectures, including Osaka and Aichi, are set to join the state of emergency.

This is the second time the government has announced a state of emergency due to the coronavirus. The first was declared on April 7, 2020, a day that saw Tokyo report 87 new infections. At that time, uncertainty about the newly emerged disease produced a strong sense of caution among the populace, and streets and train cars were far emptier than usual. However, nearly a year since the first reports of COVID-19, the once high level of alarm seems to have diminished. When the second declaration was made on January 7, 2021, Tokyo recorded 2,447 new cases. Comparing figures during last year’s state of emergency and the two months before the current one show a noticeable difference in scale. 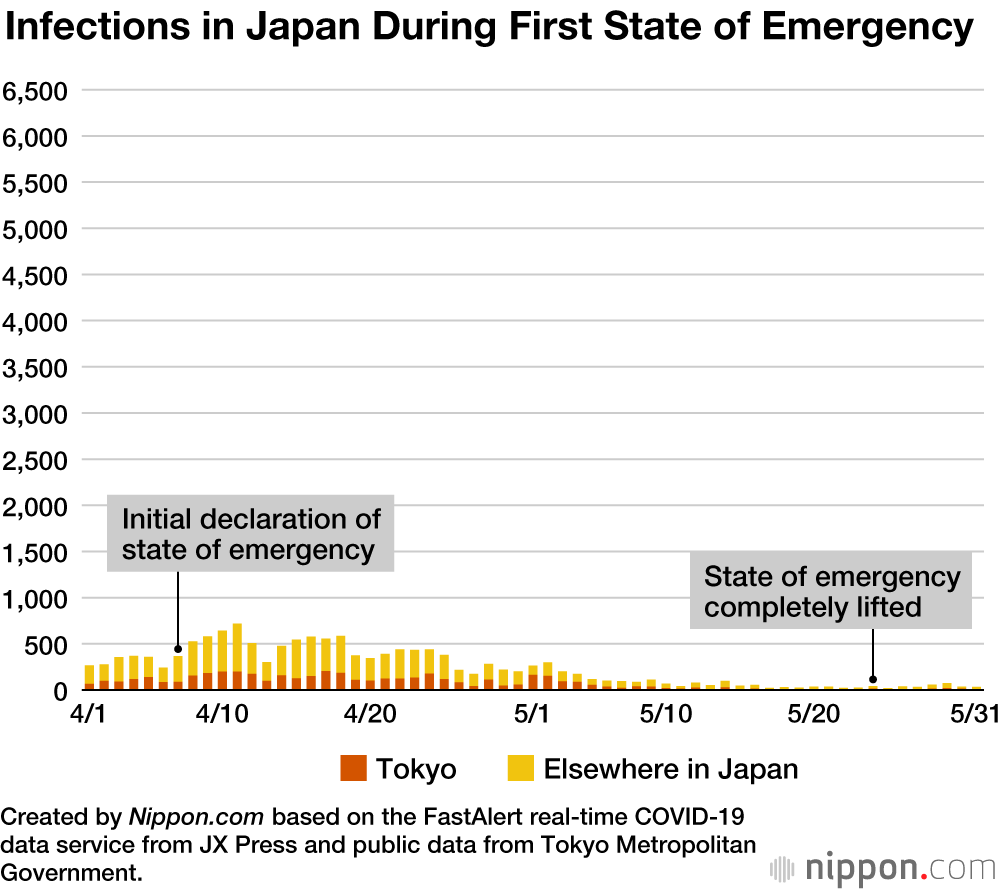 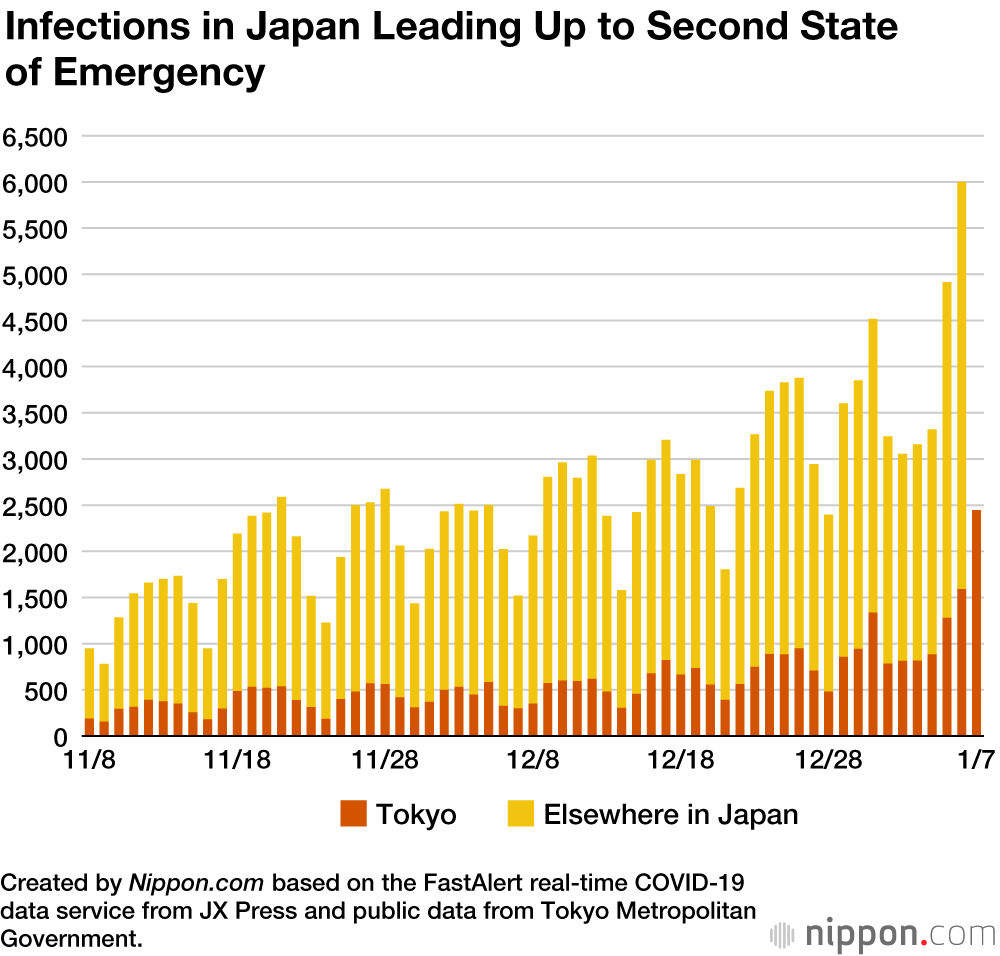 Highlighted items indicate events that took place during the state of emergency.

(Originally published in Japanese. Banner photo: A largely deserted platform at Shibuya Station, Tokyo, one week after the announcement of the first state of emergency in April 2020. © Jiji.)