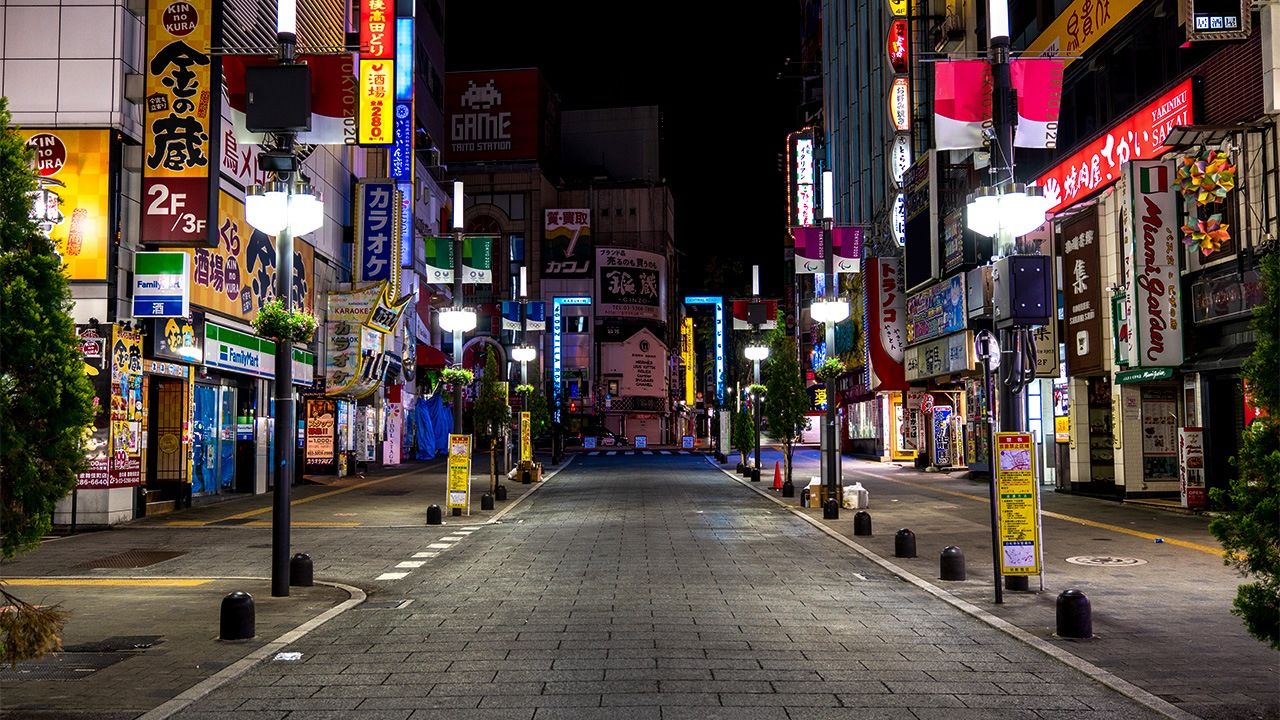 Record Number of Restaurant Bankruptcies in Japan in 2020

Economy Society Jan 29, 2021
Japan’s restaurant industry is struggling due to the COVID-19 pandemic, and one survey found that it had suffered the highest number of bankruptcies on record.

There were 842 restaurant bankruptcies through 2020 in Japan, according to the private credit research company Tokyo Shōkō Research, a rise of 5.3%. This is the highest number on record, surpassing the 800 cases in 2011, the year of the Great East Japan Earthquake. 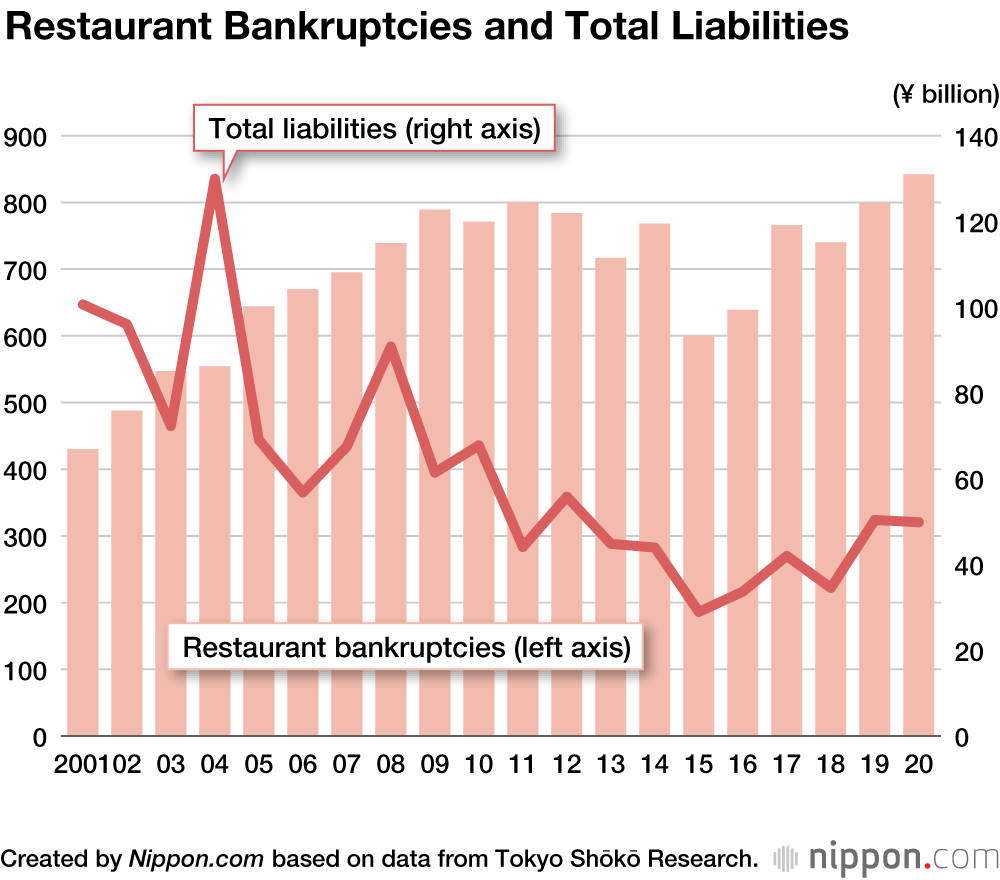 The rise in bankruptcies was caused by restrictions on people going out at night and the shortening of restaurant business hours in order to prevent the spread of COVID-19. On April 7, 2020, the government announced a state of emergency in seven prefectures and this was expanded nationwide on April 16. Although the state of emergency was lifted the following month, people became more reluctant to eat out, due to the need to remove masks, and avoided meeting up to dine together.

By type of restaurant, the highest number of bankruptcies, 201 cases, was in the category of “specialty cuisine,” including traditional Japanese washoku, Chinese, and yakiniku grilled meat barbecue. There were 174 bankruptcies in the category, much exceeding the previous highest number of 141 cases in 2012. (Under Japan Standard Industrial Classification, the izakaya category includes pub-style restaurants, bars, and beer halls. Some restaurants in the “specialty cuisine” category are essentially izakaya.)

The survey examined restaurant bankruptcies involving total liabilities of more than ¥10 million. This excluded small private businesses and also, regardless of scale, businesses that closed voluntarily before reaching the stage where it was impossible to repay loans. Thus, the number of bankruptcies does not reflect the true severity facing the food service industry. The second state of emergency in 2021 is a further hit after the loss of sales in what would usually be the busiest period with year-end and New Year parties. The research company predicts a likely acceleration in bankruptcies and voluntary closures in the food service industry with its many small and micro-businesses.