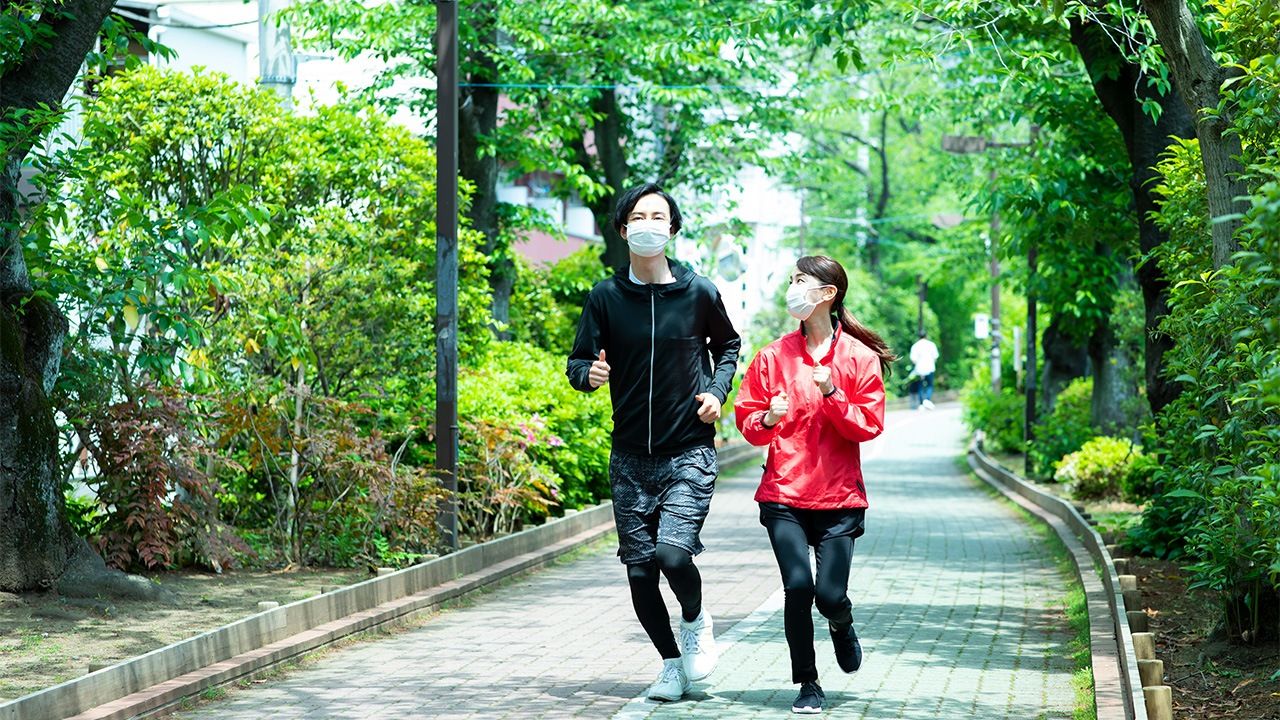 Sports Health Lifestyle Society Mar 15, 2021
Despite efforts to implement cluster-containment measures, many people in Japan are avoiding sports facilities, while others feel it is difficult to exercise while wearing a mask.

A survey conducted in Japan by the Sasakawa Sports Foundation has revealed that the spread of COVID-19 has had an effect on people’s exercise habits. As well as refraining from going out, people have become mindful of the three Cs: confined and enclosed spaces, crowded places, and close-contact settings.

The survey, which targeted 5,000 people aged 18 to 79 nationwide, assessed the rates that people took part in different sports activities for both the one-year period from February 2019 and the one-year period from February 2020 after the pandemic began. A comparison of the top 10 types of activity showed that apart from walking, where the rate stayed almost the same, there was a drop in all other activities. Meanwhile, the percentage of those who did not exercise increased by 3.9 points from 45.7% to 49.6%.

When asked what they were cautious about when exercising, the largest response with 64.5% was avoiding places where they were likely to encounter the three Cs, followed by 49.8% who took care to wear a mask and follow cough etiquette, and 45.4% who made sure they were aware of their distance from other people. The percentage of those avoiding the three Cs rose by 16.5 points since the question was previously asked in October 2020, indicating that people have become even more cautious since last autumn in the midst of the pandemic’s third wave.

For most activities, women showed that they were more conscious about taking care to control infection, including 56.0% saying they wear a mask and follow cough etiquette, compared to only 44.7% of men. 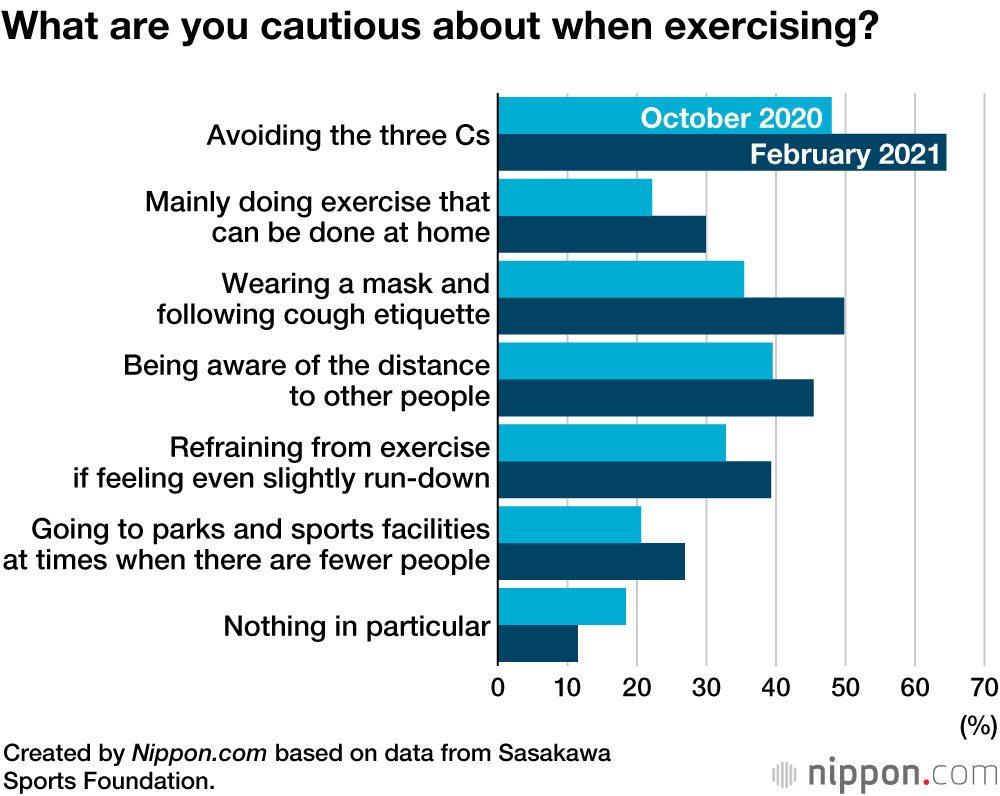