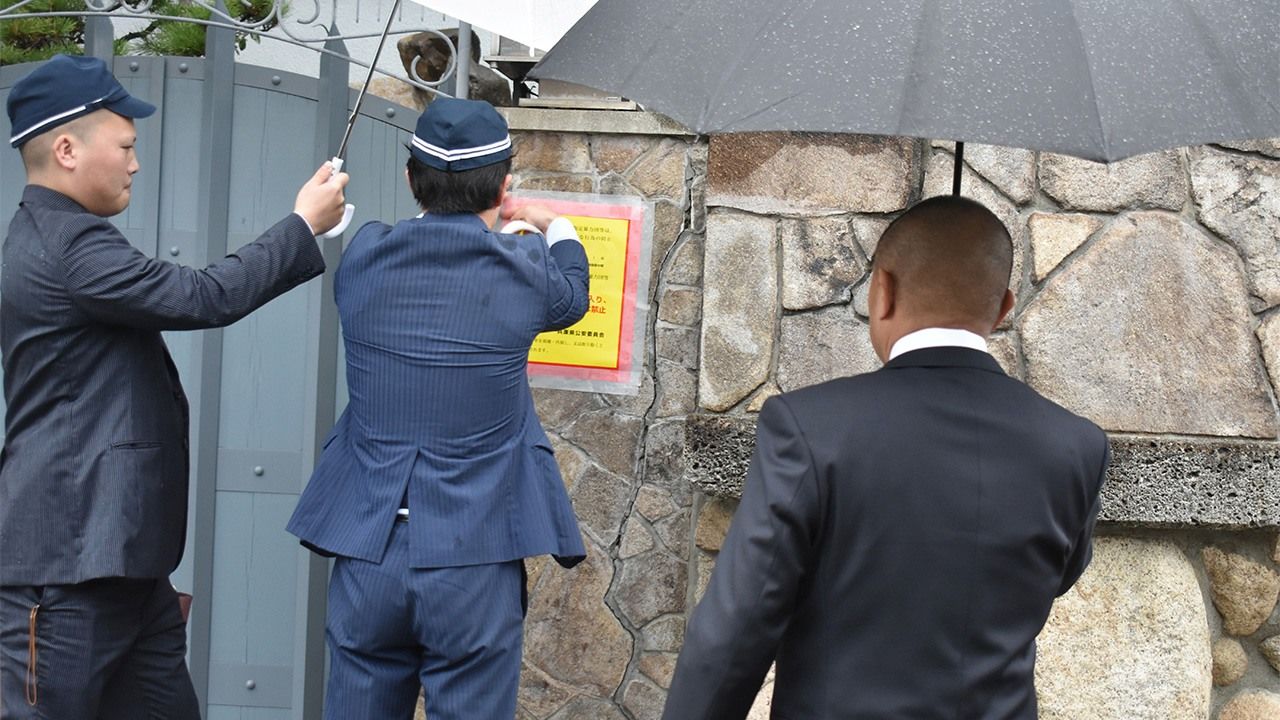 Society May 18, 2021
Tougher legislation targeting organized crime in Japan has made it difficult for groups to maintain membership levels. The number of gangsters has plummeted over the last 30 years, falling to a third of what they were in the 1990s.

A 2020 National Police Agency report shows that membership in groups designated as bōryokudan, or organized crime gangs, fell by some 2,300 compared to 2019 to 25,900. This is the sixteenth consecutive year that numbers have decreased and marks their lowest level since statistics were first kept in 1958. Gang members fell by 1,100 to 13,300 and “associate” members by 1,200 to 12,600. 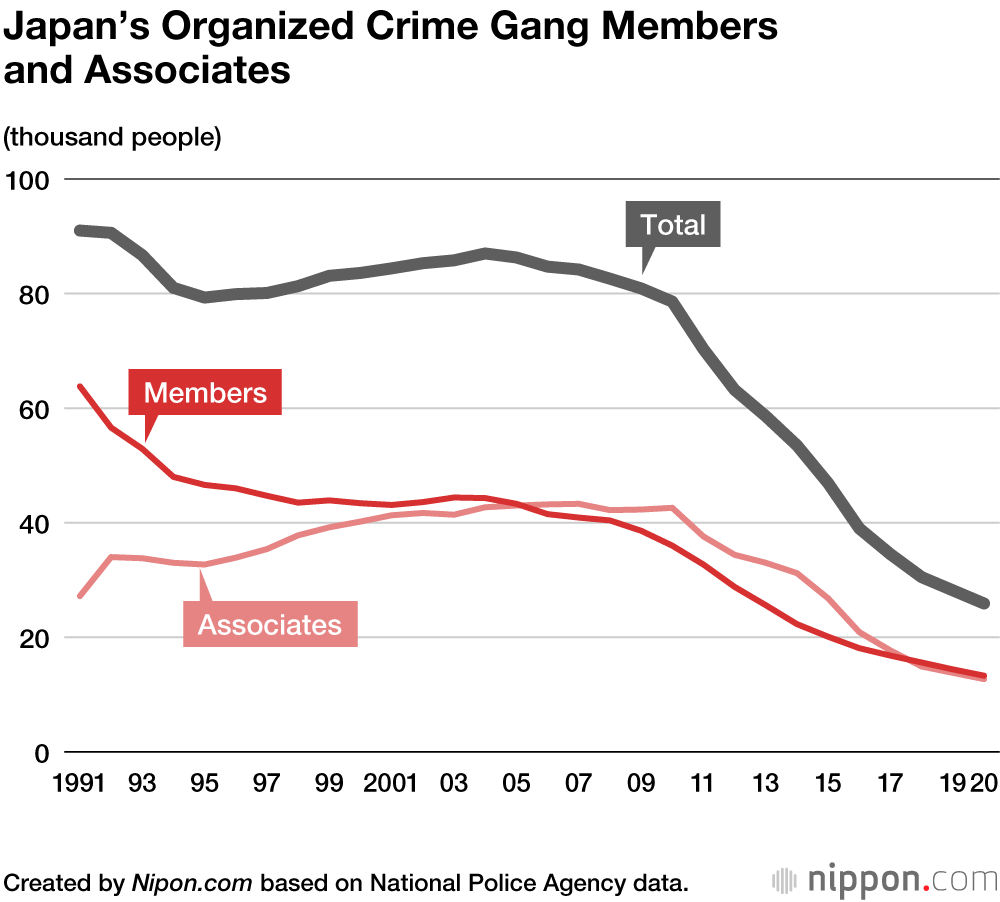 All the major organized crime gangs saw decreases, with overall members in the largest organization, the Yamaguchi-gumi, dropping by 400 to 8,200. The Sumiyoshi-kai shrank by 300 to 4,500 members, the Inagawa-kai by 100 to 3,300, the Kobe Yamaguchi-gumi by 500 to 2,500, and the Kizuna-kai by 120 to 490. The five main syndicates together have 18,600 members, or 71.8% of total gang enrollment. Crackdowns by police and antigang efforts at the local level have been credited with hampering the activity of criminal organizations.

Authorities, however, have struggled to quell a violent feud between the Yamaguchi-gumi and splinter group Kobe Yamaguchi-gumi that ignited when the latter organization broke away in 2015. There were 9 incidents related to the conflict in 2020, bringing the total since March 2016 to 82. Guns, which are strictly regulated in Japan, are often the weapon of choice of rivals looking to settle scores, with shootings occurring in the city of Okayama in May and Amagasaki in Hyōgo Prefecture in November. In all, 259 gangsters have been arrested in relation to the turf war.

(Translated from Japanese. Banner photo: Police attach a notice to the entrance of the Yamaguchi-gumi headquarters in Kobe, Hyōgo Prefecture, on January 7, 2020, identifying the property as belonging to an organized crime group. © Jiji.)