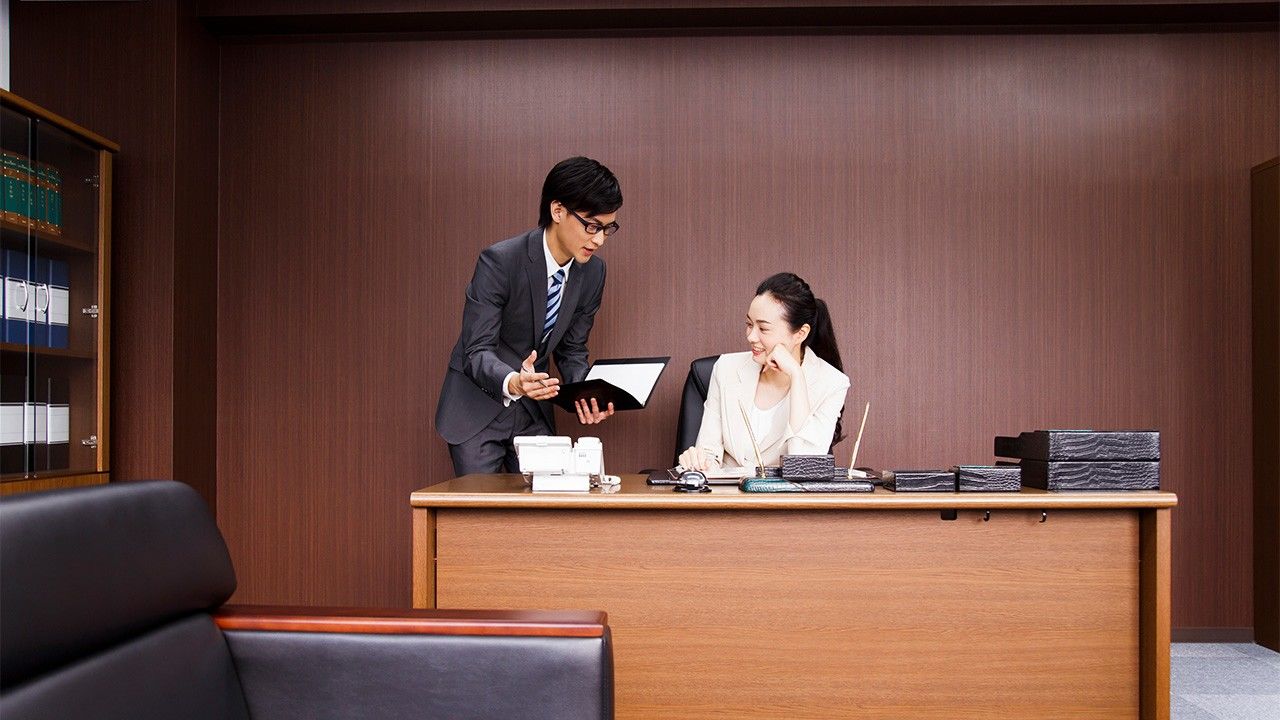 Less than 10% of Japanese Companies Have Female Presidents

Economy Society Work Jul 30, 2021
Women have the top job at less than 10% of Japanese companies, and more than half succeed to the position in a family business.

An analysis of 1.2 million companies across Japan showed that, as of April 2021, the percentage of female presidents increased by 0.1% from the previous year to 8.1%. While there has been a gradual, continuous increase totaling 3.5 points since 1990, the rate still remains less than 10%.

The majority of female presidents, at 50.8%, had succeeded to that role in a family business, compared to 39.5% of men. Women who had received internal promotion accounted for 8.3%, while this figure was 11.8% for men, and external recruits were 1.4% for women and 2.2% for men—an indication that there are fewer cases where women have had career-based appointments.

In the World Economic Forum’s Global Gender Gap Report announced in March 2021, Japan ranked 120th out of 156 countries, notably falling from 115th to 117th in the economy category. It also ranked below the world average for wage equality and the percentage of women in managerial positions. The government has set the “promotion of women’s participation and advancement in the workplace” as a key policy, but it seems it has not made sufficient efforts in the economic field. 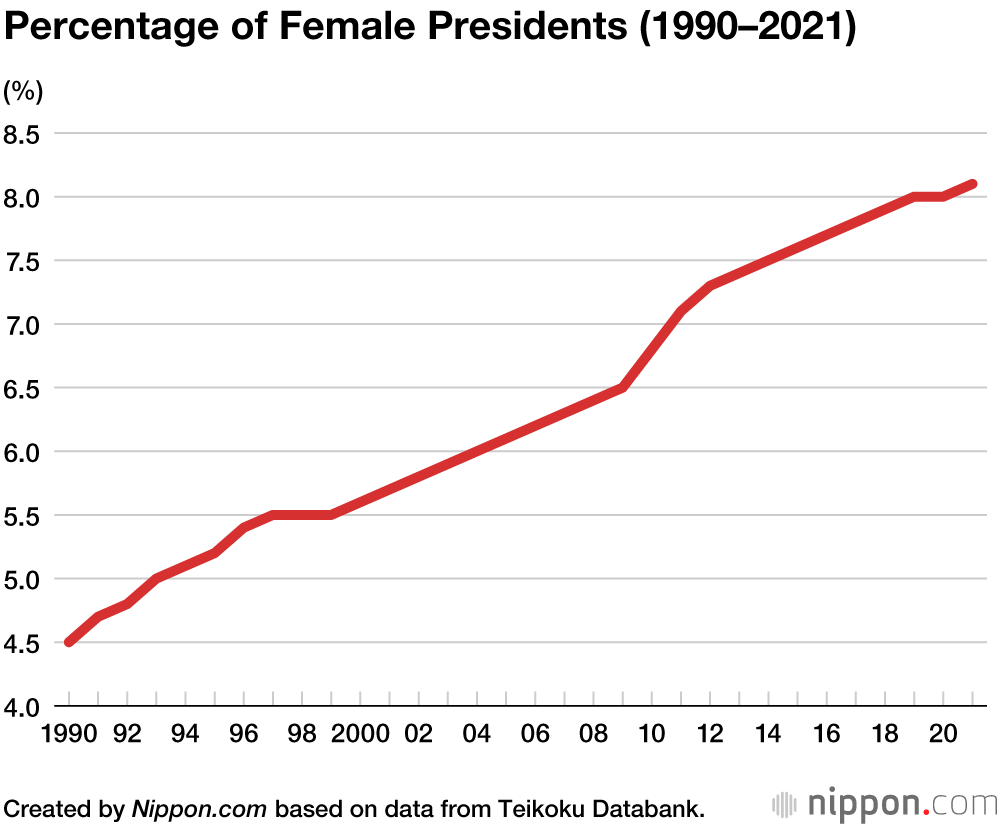 The highest percentage of female presidents, at 11.1%, were appointed at companies that had been established less than 10 years ago, followed by 9.5% at companies 10 to 19 years old and 8.3% at those set up 20 to 29 years ago, revealing the tendency for companies with shorter business histories to have a higher percentage of female presidents. The rate has risen over the last ten years though, no matter the age of the company, 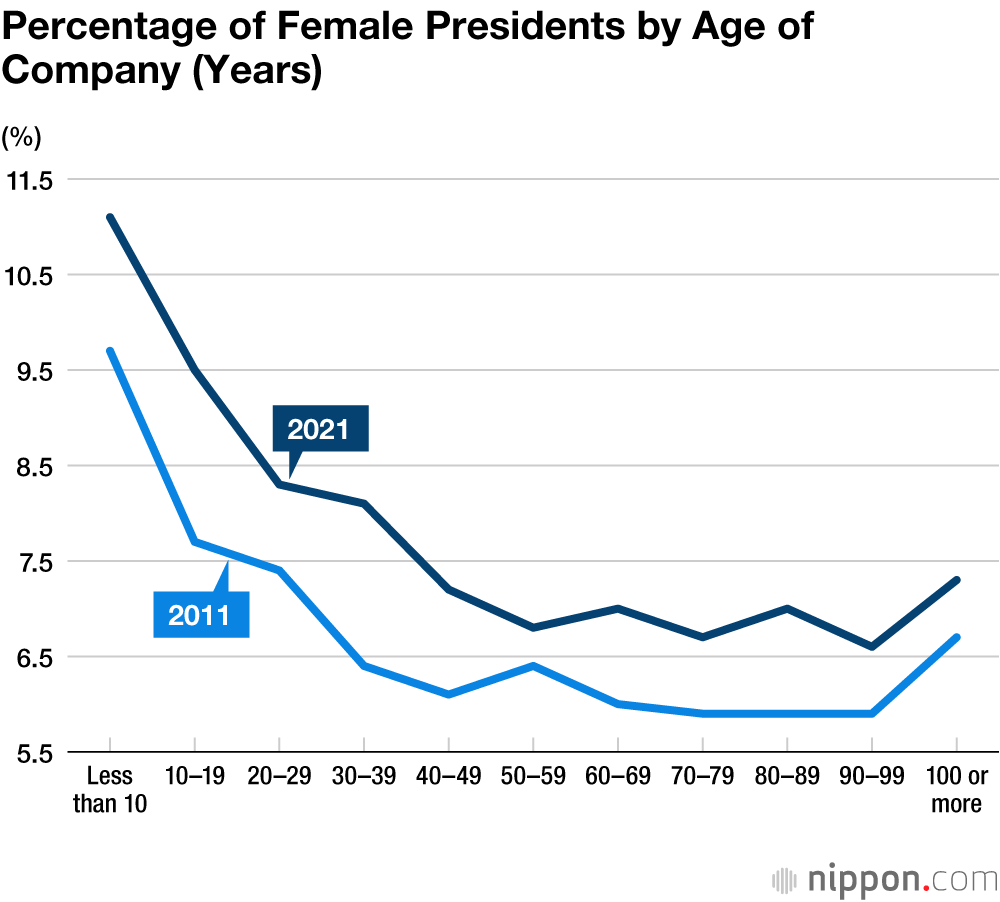 Graduates of Nihon University accounted for the highest number of female presidents, an increase of 10 women from the previous year to 246. Keiō University and Waseda University ranked second and third.