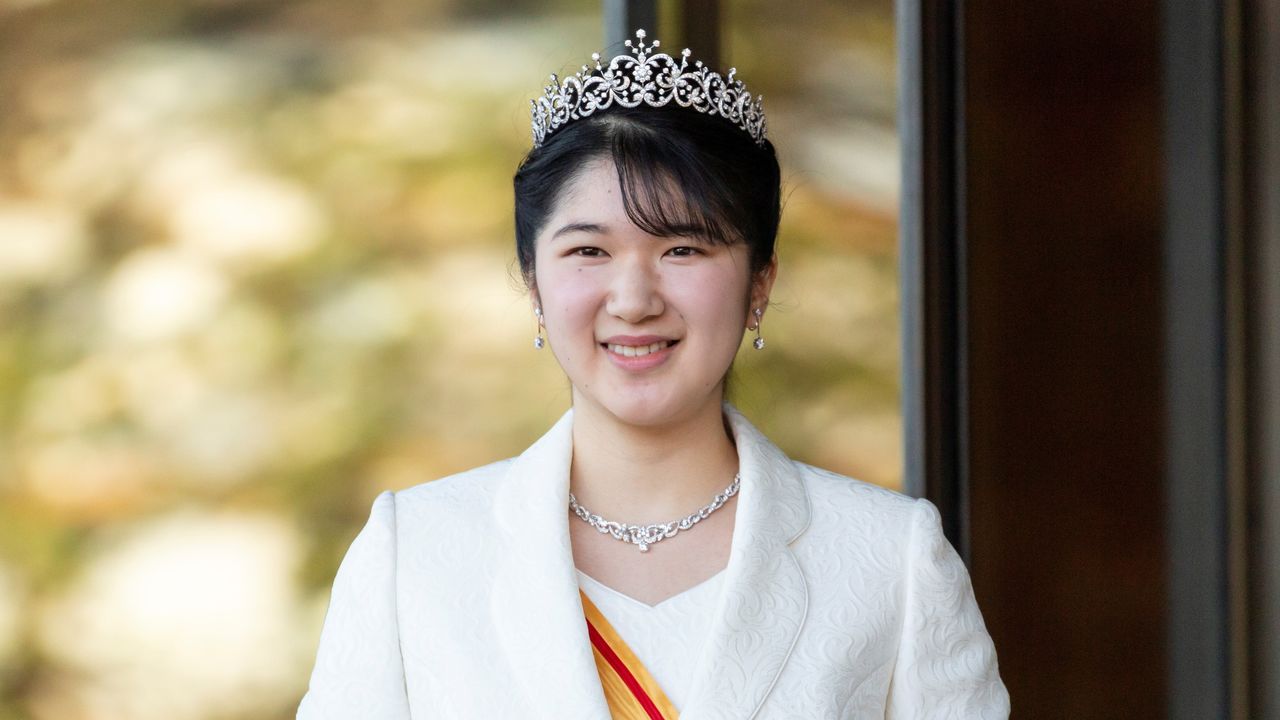 No New Tiara for Princess Aiko at Coming-of-Age Ceremony

Imperial Family Art Dec 6, 2021
In a break from tradition, instead of having a new tiara made to mark the occasion, Princess Aiko used her aunt’s tiara at her coming-of-age ceremony.

On December 1, Princess Aiko, the daughter of Emperor Naruhito and Empress Masako, turned 20 years old—the official age of adulthood in Japan. A celebratory ceremony was held on December 5 to mark her coming of age.

There is an imperial family tradition that when princesses turn 20, they receive a new tiara. In this case, however, while many Japanese people are struggling amid the COVID-19 pandemic, Princess Aiko instead borrowed the tiara of her aunt, Kuroda Sayako, the emperor’s younger sister, who left the imperial family when she got married in November 2005. 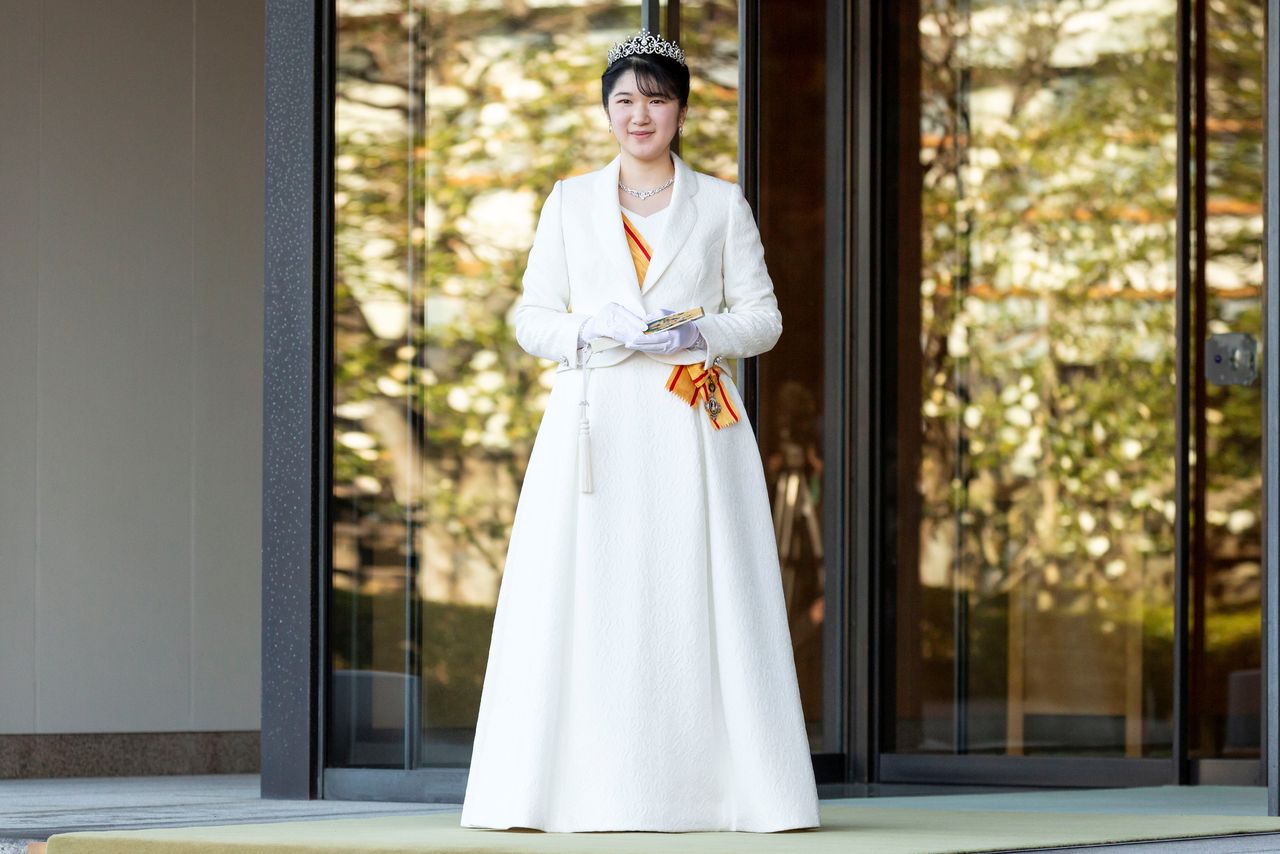 Princess Aiko greets the press on the occasion at a ceremony marking her coming of age at the Imperial Palace in Tokyo. (© Reuters; pool photo) 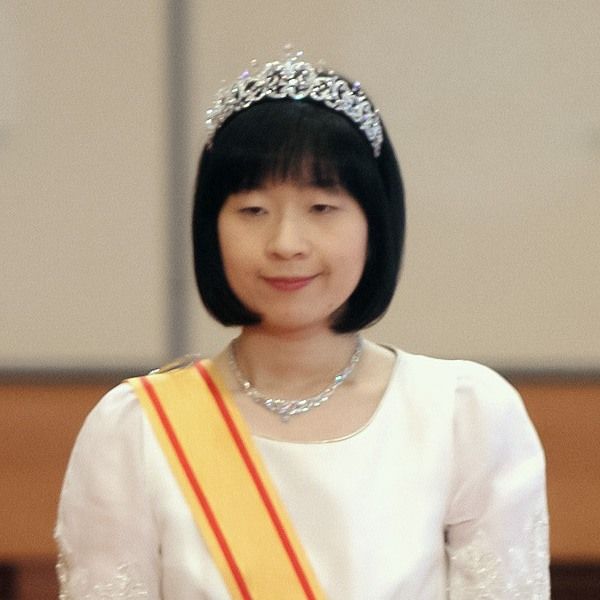 Princess Sayako at an official ceremony on November 12, 2005, shortly before her marriage to become Kuroda Sayako. (© Jiji)

Japanese princesses wear their tiaras at the most important official occasions, such as rituals and banquets. When Emperor Naruhito ascended to the throne on May 1, 2019, Empress Masako wore a tiara that has been passed down from former empresses. 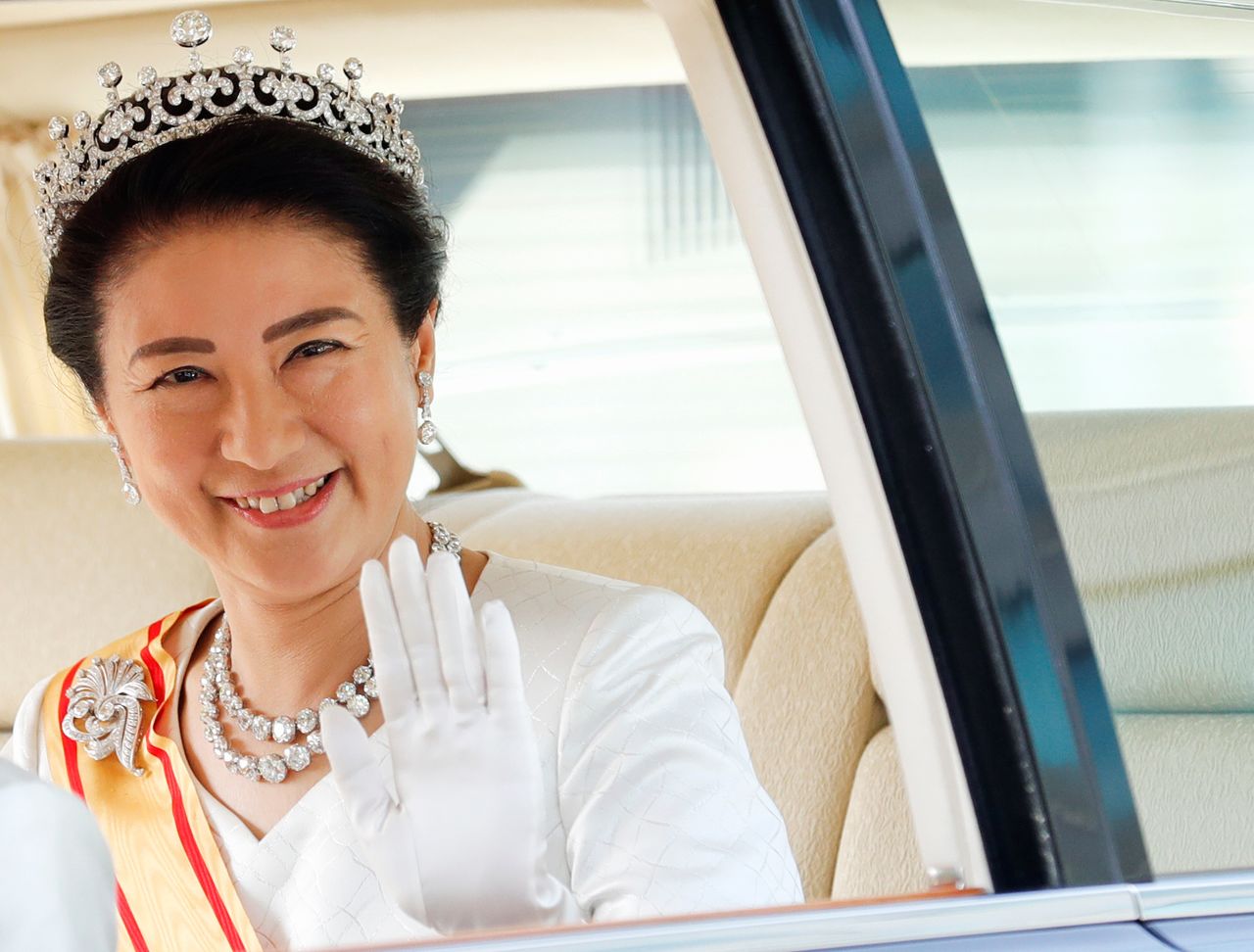 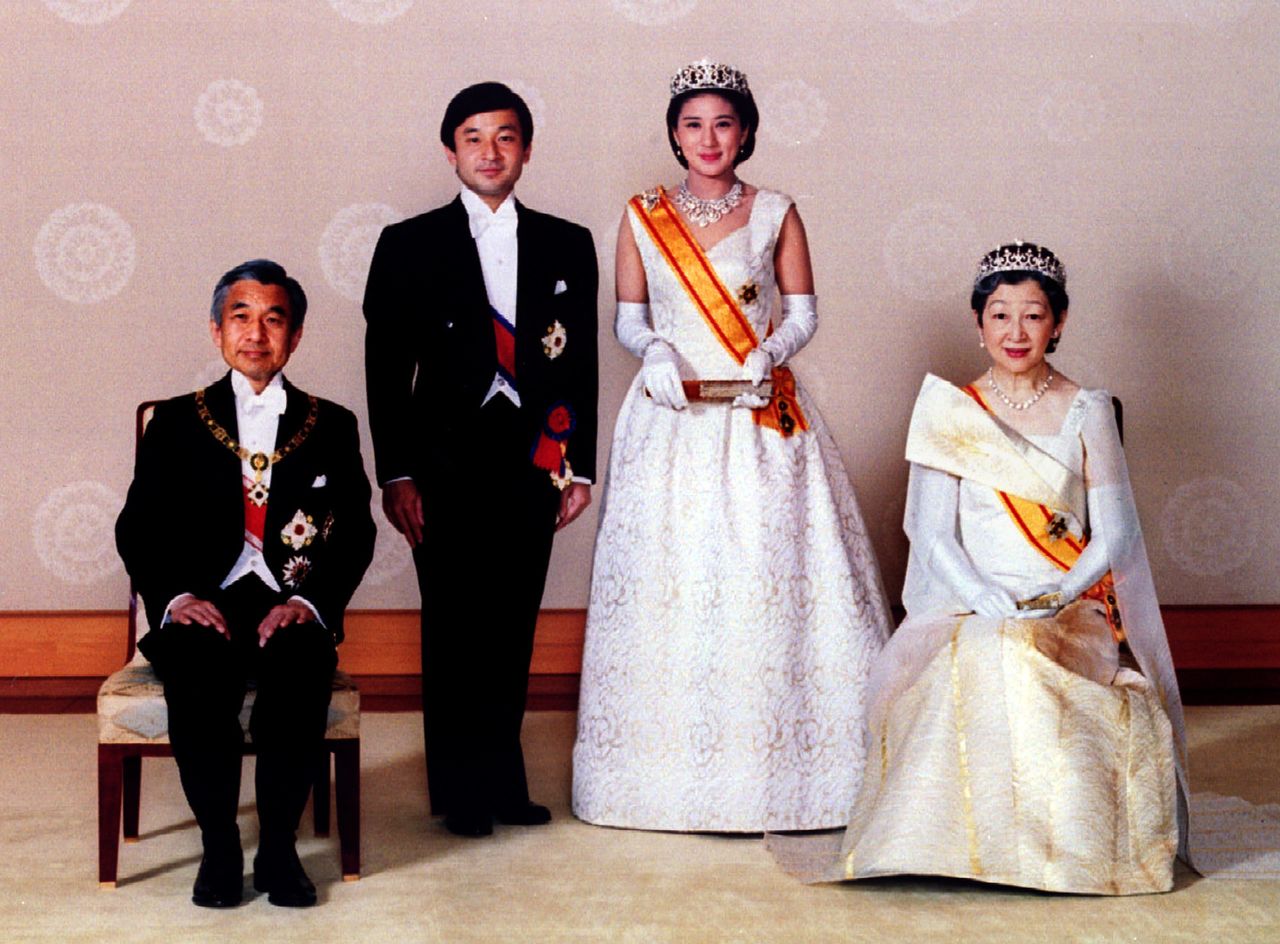 A commemorative photograph for the 1993 wedding of Crown Prince Naruhito and Crown Princess Masako (both standing). Empress Michiko is wearing the tiara that Masako uses today. (© Reuters) 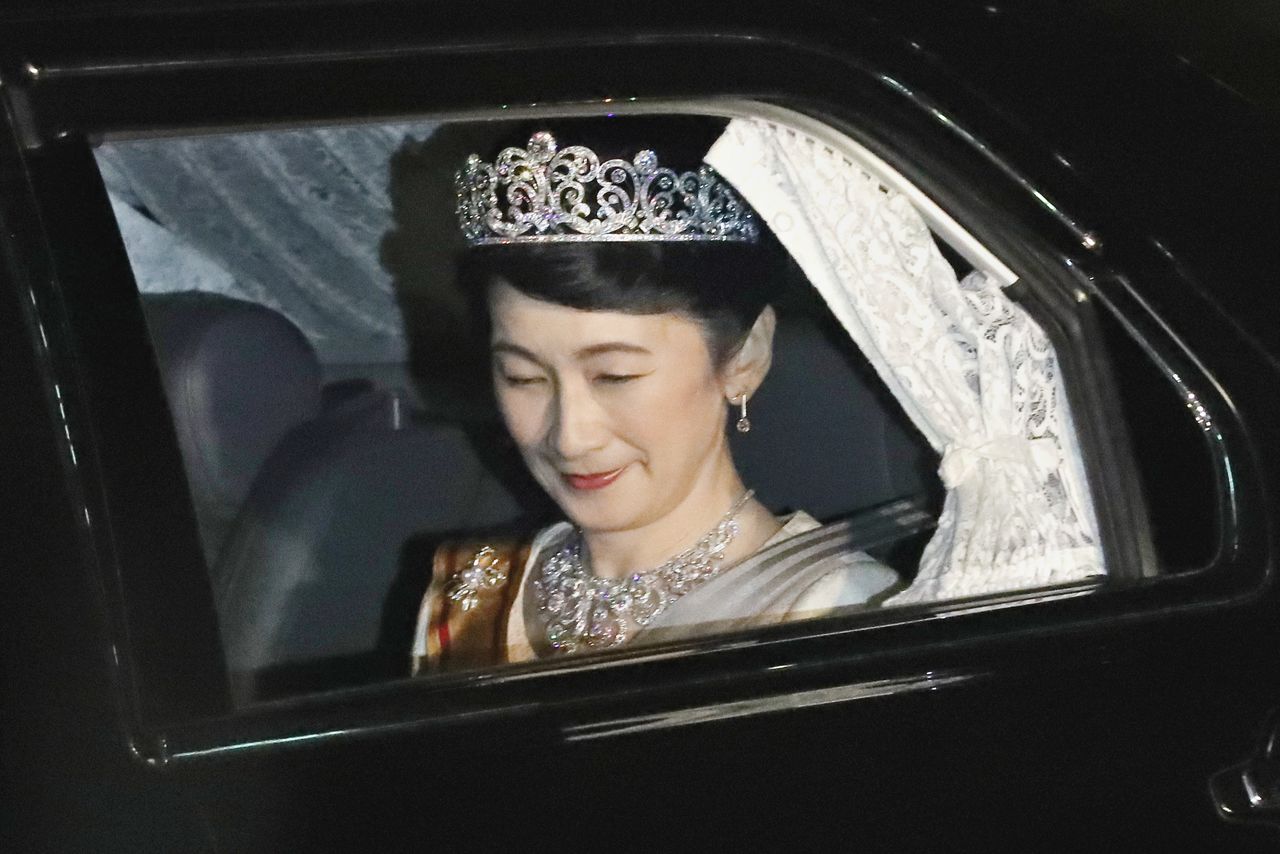 Crown Princess Kiko’s tiara was worn by Empress Masako when she was crown princess. (© Jiji) 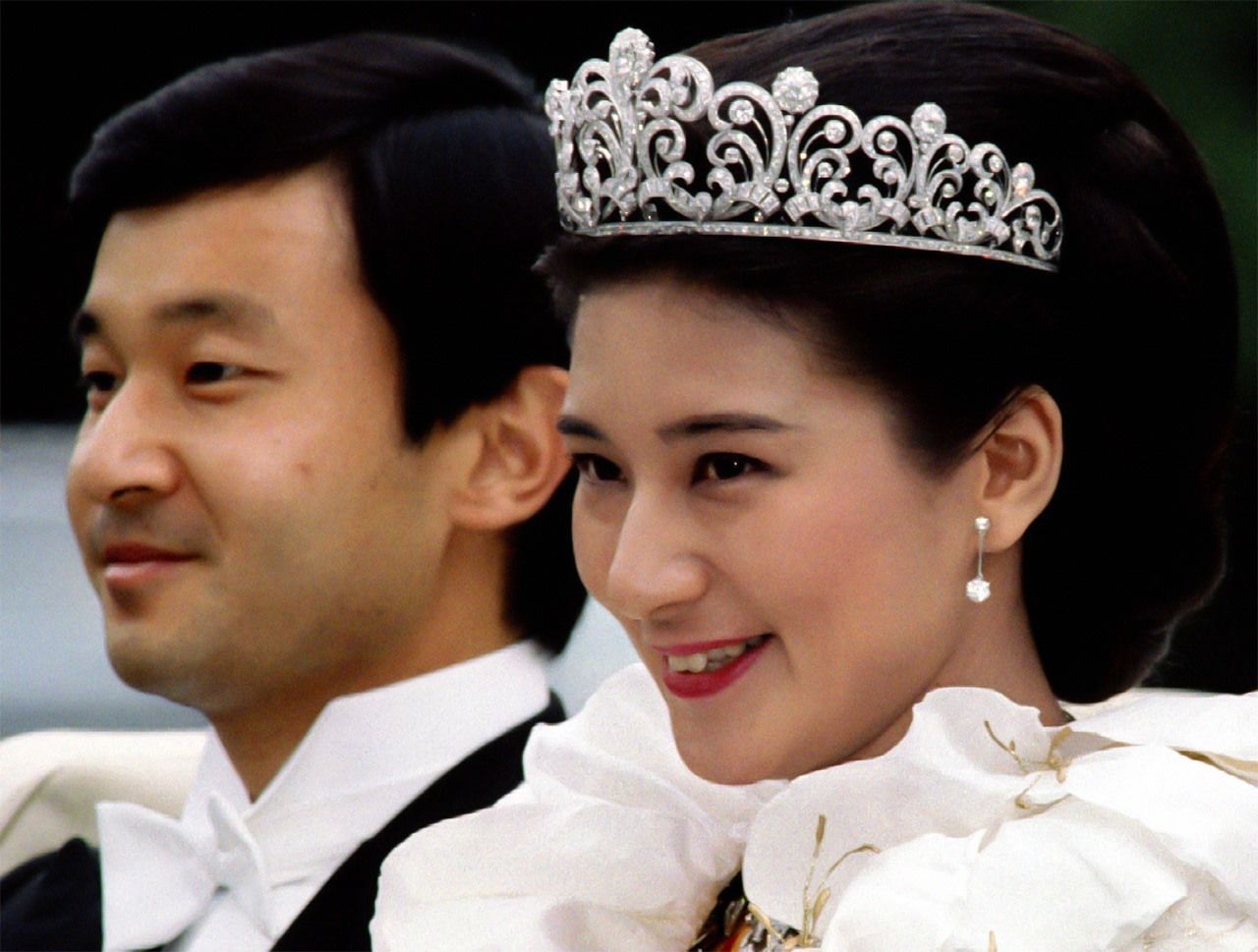 Then Crown Prince Naruhito and Crown Princess Masako at their wedding parade in June 1993. (© Reuters)

For many years, Mikimoto was the exclusive supplier of jewelry to the imperial family, but from 2003 Mikimoto and Wakō bid for the contract. Wakō made the tiara for Komuro Mako, the emperor’s niece, who left the imperial family after marrying in October. 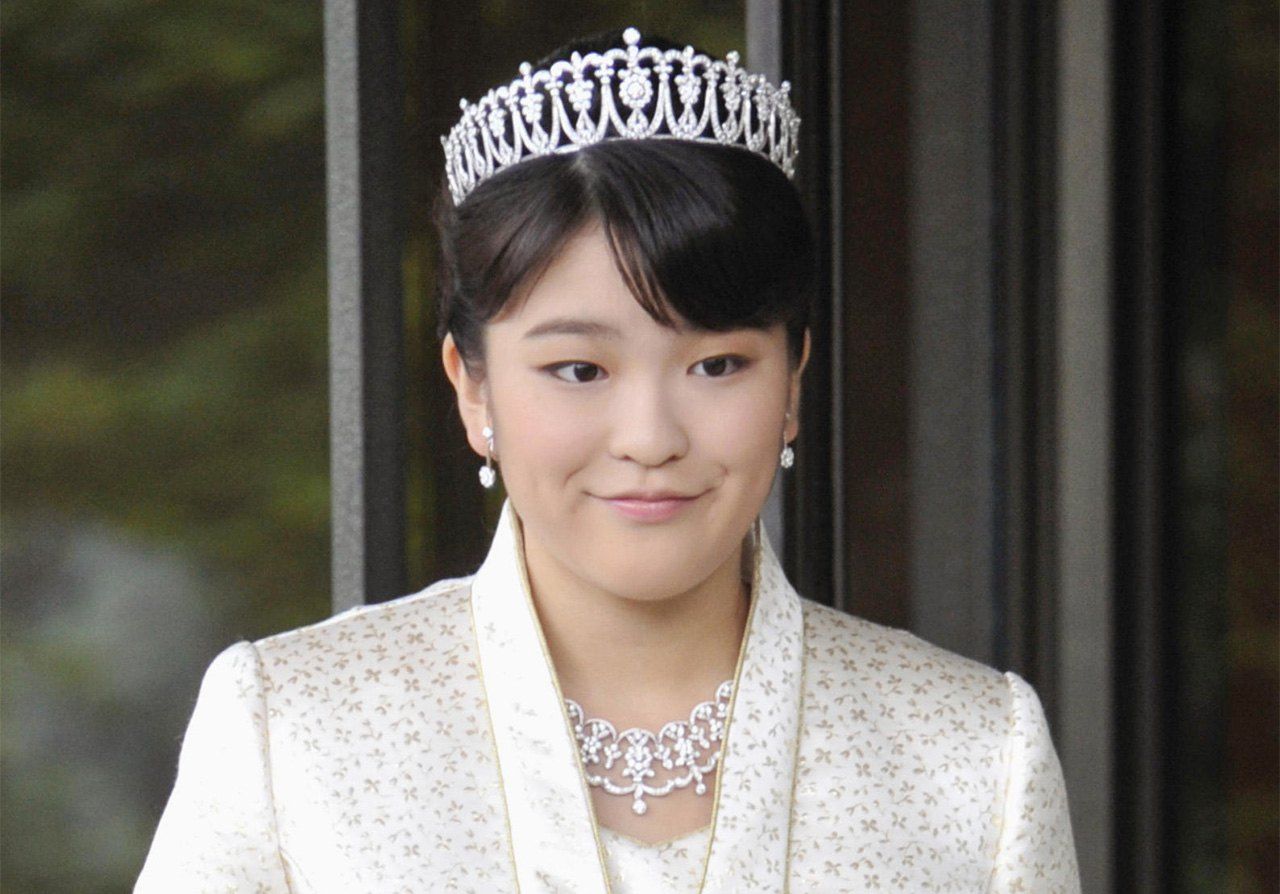 When Mako’s younger sister, Princess Kako, came of age in 2014, for the first time there was an open bid in which five companies submitted their tiara designs. In this case, Mikimoto won the bid. 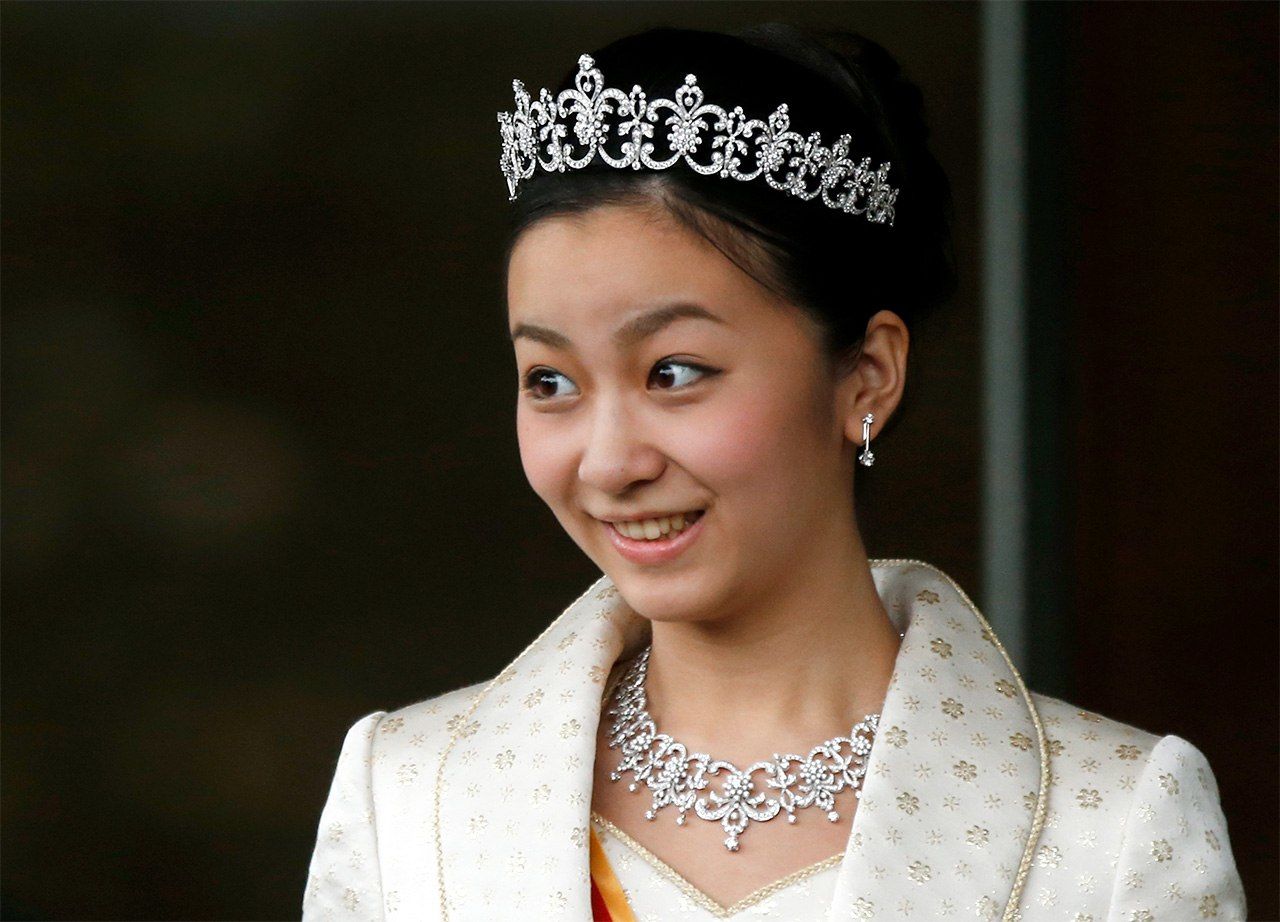 Princess Kako at her coming-of-age ceremony in 2014. (© Reuters)

Empress Masako and Crown Princess Kiko both have a number of tiaras that they wear on different occasions. 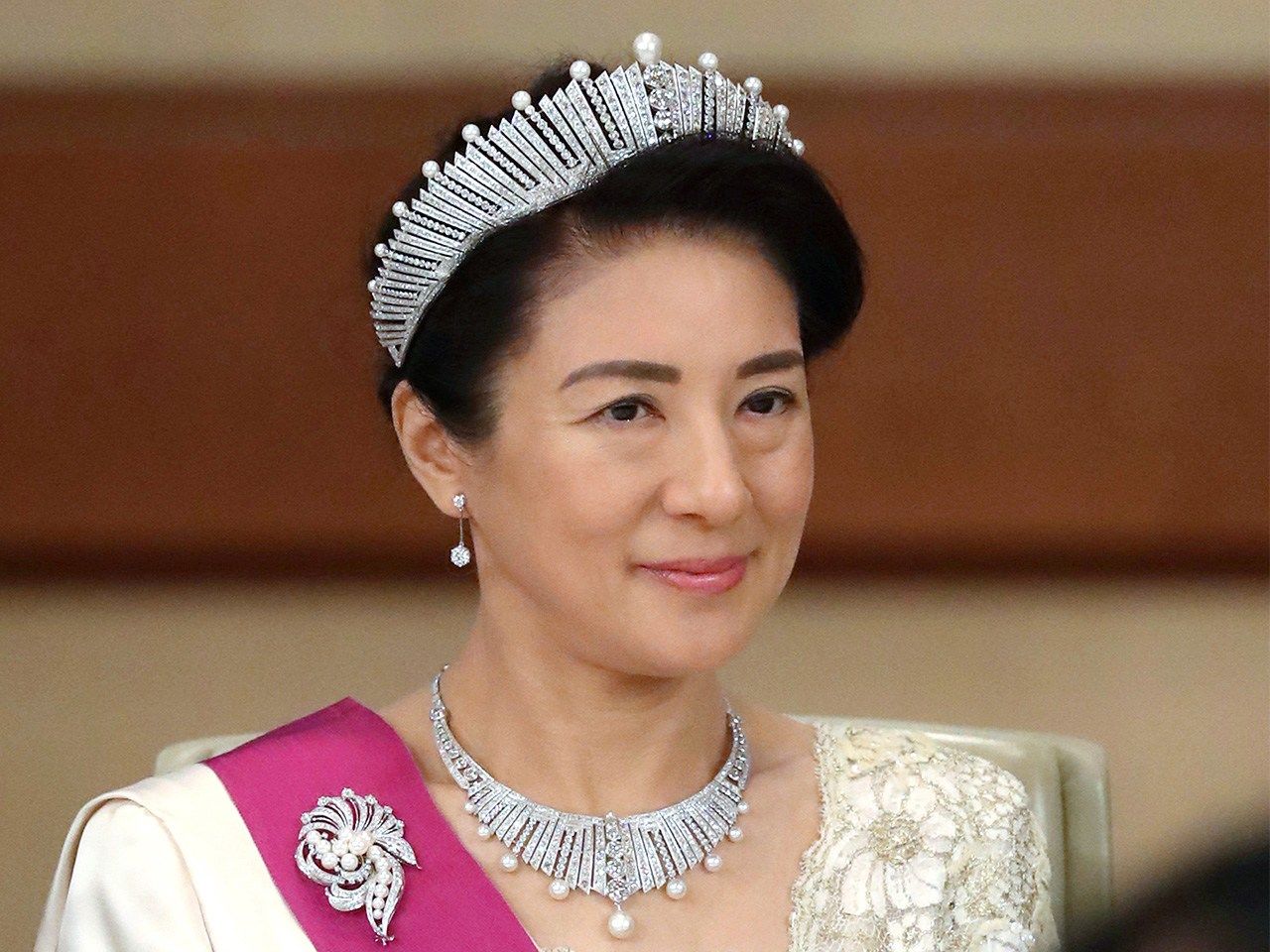 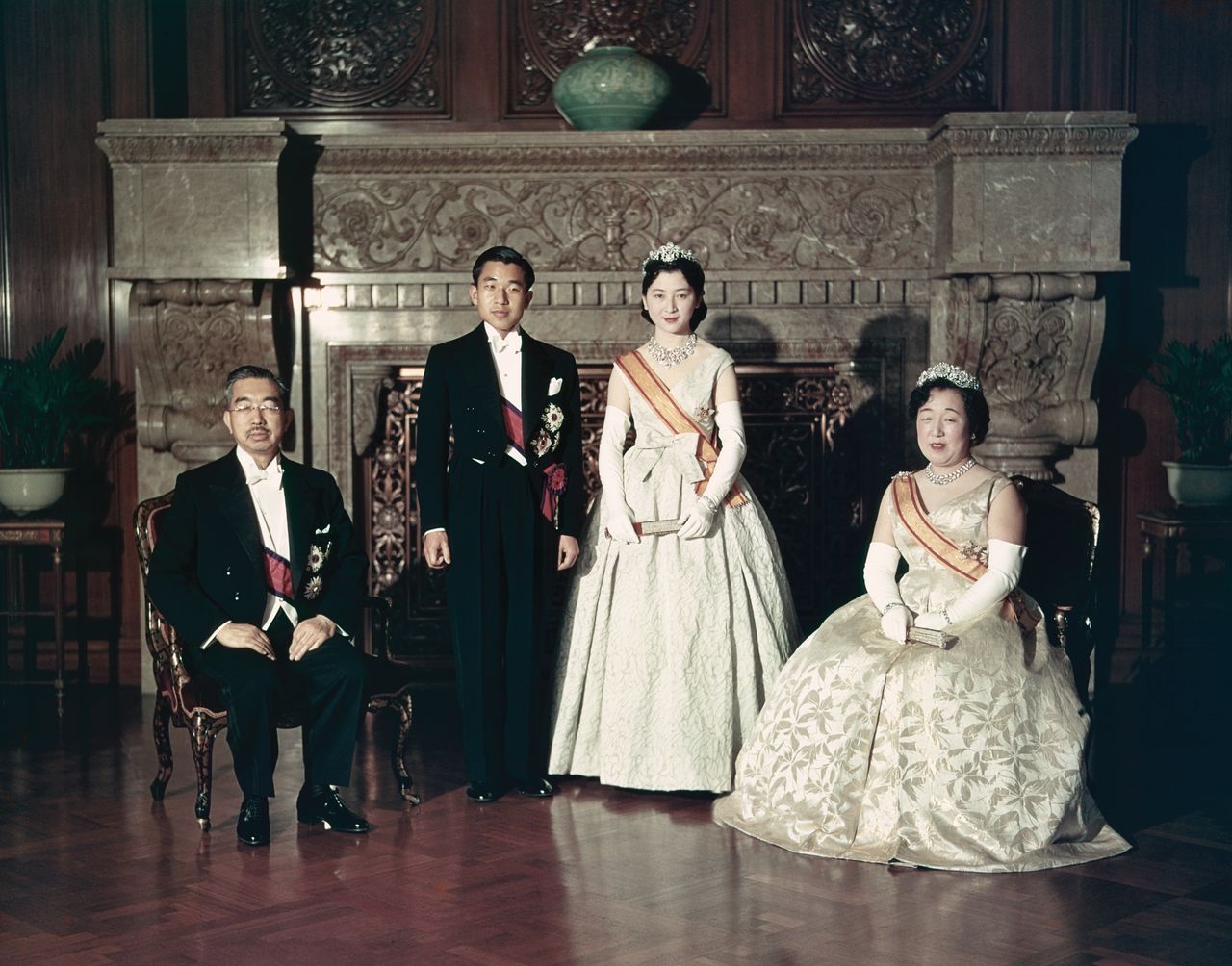 A commemorative photograph for the wedding of Crown Prince Akihito and Crown Princess Michiko, who stand between Emperor Hirohito (Shōwa) and Empress Nagako (Kōjun). Taken on April 10, 1959. (© Jiji)

(Originally published in Japanese. Banner photo: Princess Aiko wears a tiara borrowed from her aunt Kuroda Sayako at a ceremony to mark her coming of age at the Imperial Palace on December 5, 2021. © Reuters; pool photo.)