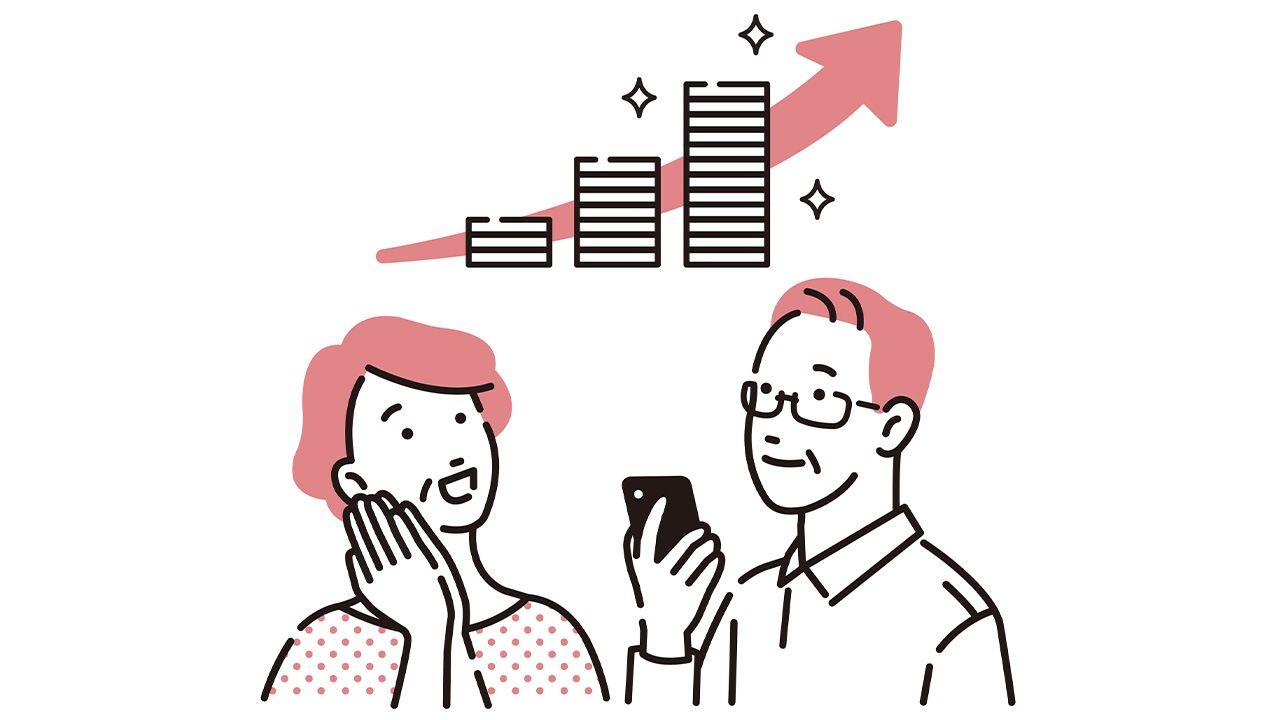 According to the Bank of Japan’s statistics on the flow of funds, the balance of household assets as of September 30, 2021 increased 5.7% compared to September 30, 2020, reaching a record high of ¥1,999.8 trillion. This one-year period coincided with various pandemic states of emergency that led to restrained consumption and increased cash and deposits. In addition, rising stock prices led to an increase in the balance of stocks and investment trusts.

Household financial assets have doubled in the 30 years since 1990, when they first surpassed ¥1,000 trillion, as they are now on the verge of reaching ¥2,000 trillion. Despite the government’s call for a “shift from savings to investment,” cash and deposits increased by 3.7% to ¥1,072 trillion, accounting for more than 50% of all assets. This reflects a safety-first way of thinking among those who have been diligently saving their money in nearly zero-interest accounts over the past thirty years despite stagnant salaries.

Against the backdrop of the global stock market boom, assets involving risk also increased, with stocks up 28.6% to ¥218 trillion and investment trusts up 24.0% to ¥90 trillion, but combined they still accounted for less than 20% of the total assets. Insurance and annuities increased by 1.1% to ¥539 trillion. 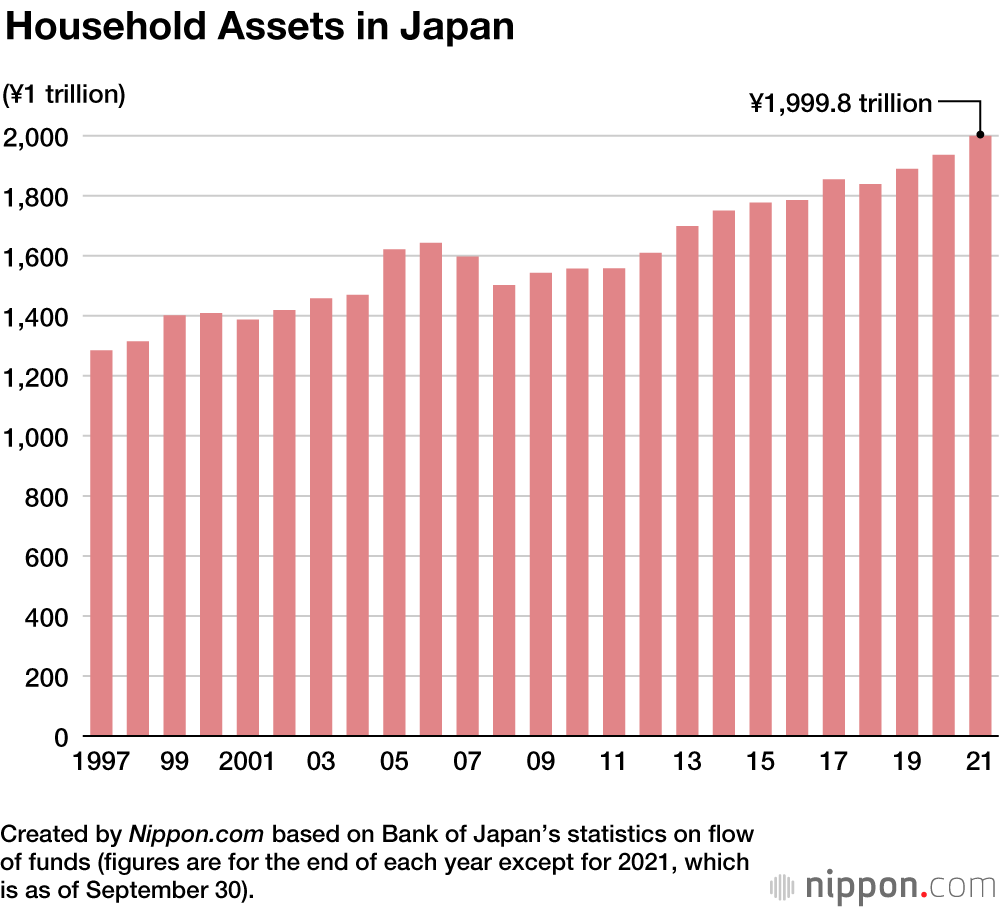