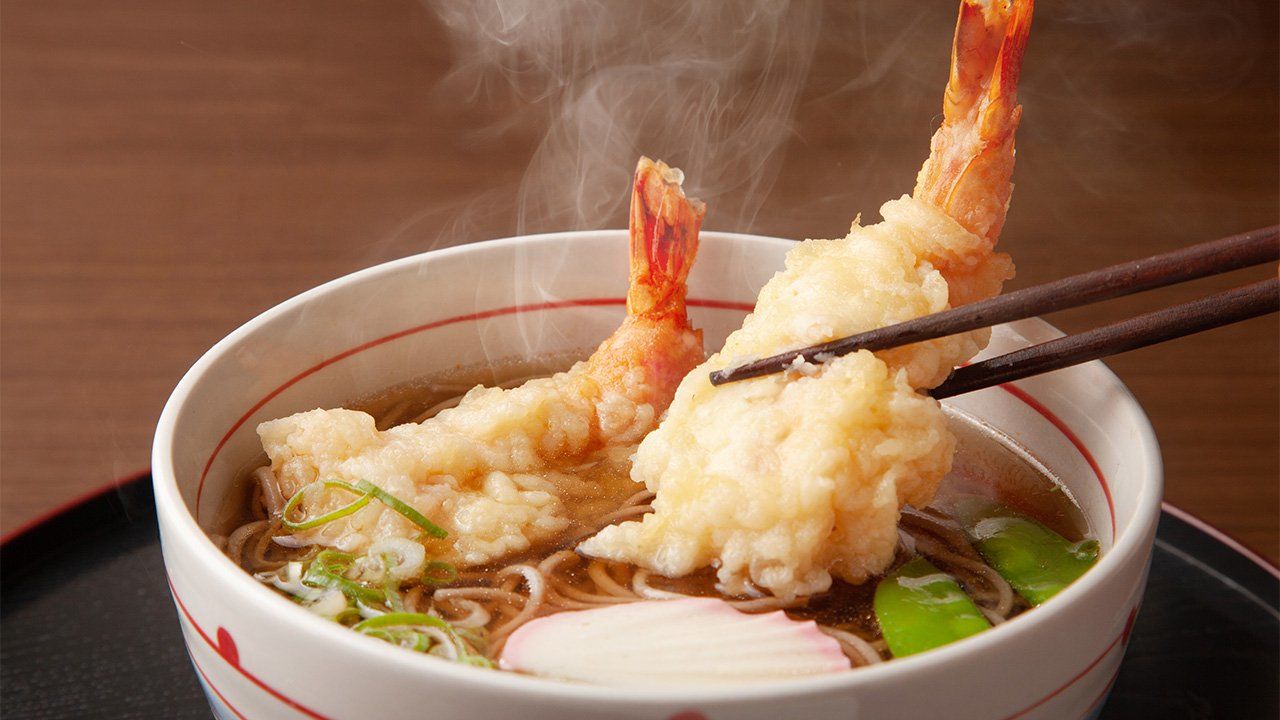 Food and Drink Lifestyle Culture Dec 24, 2021
A survey in Japan found that toshikoshi soba was the most popular food eaten on special occasions. Two out of three people said they enjoy it every year.

Of the different foods associated with various times in the Japanese calendar, a survey found that the Ōmisoka (New Year’s Eve) dish toshikoshi (year-crossing) soba was most popular, and is eaten by 66.7% of respondents every year. The buckwheat noodles symbolize longevity and lasting fortune. The auspicious New Year osechi ryōri and Christmas cake (typically a light sponge, often with strawberries) also have many devotees with 55.8% and 52.0%, respectively.

Ehōmaki sushi rolls, a Setsubun specialty popularized by convenience store chains since the 1990s, scored 44.1%. Other top 10 entries included the eel eaten on the traditional date of the doyō no ushi no hi (the day of the ox in late July or early August), ohagi sweets associated with the Higan weeks around the vernal and autumn equinoxes, nanakusa-gayu (seven-herb rice porridge) traditionally served on January 7, and kashiwamochi rice cakes filled with sweetened bean jam and wrapped in oak leaves, which are enjoyed on May 5 (traditionally Boys’ Day, but now the Children’s Day national holiday).

The poll was conducted by Recruit, asking 1,034 people across Japan aged from 20 to 69. Toshikoshi soba was popular with people of all ages, but especially with women from their thirties to their sixties, of whom around 75% said they ate it every year. Meanwhile, osechi found particular support among people in their fifties and sixties. 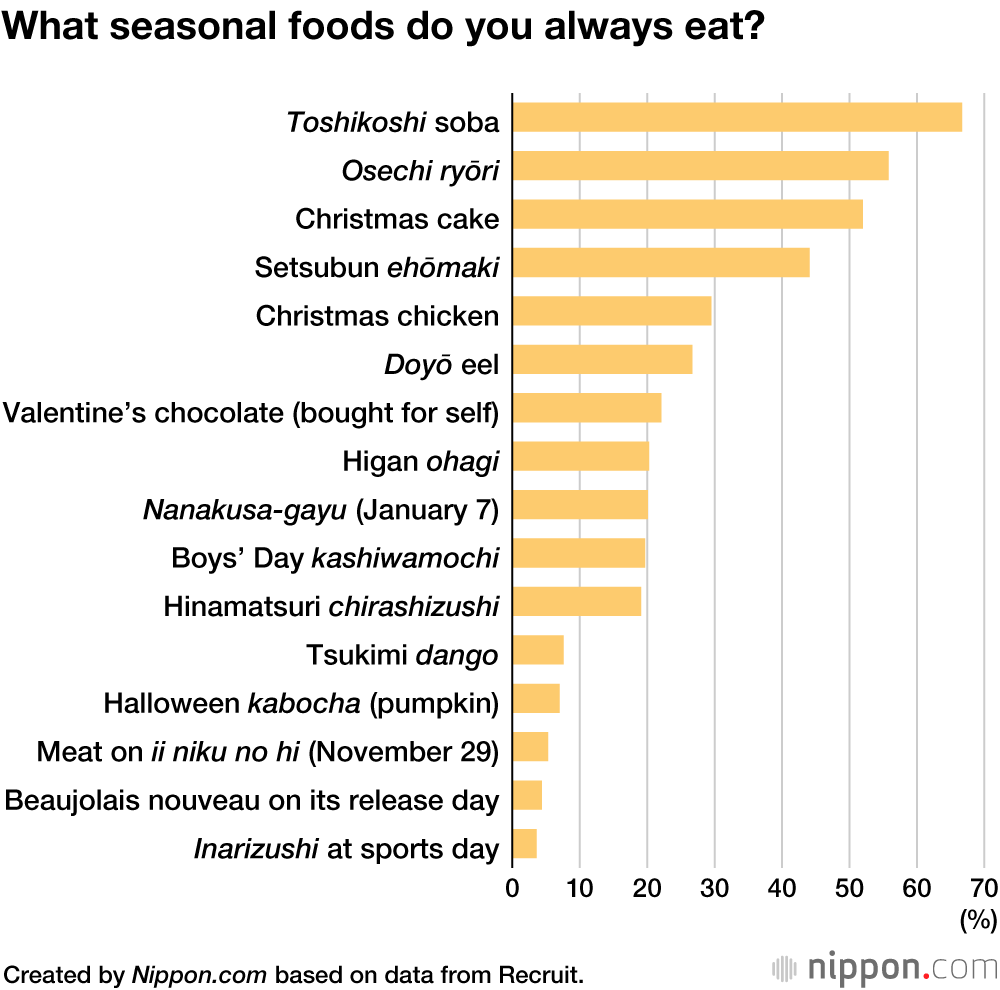 Lower down the list are the chirashizushi eaten at Hinamatsuri and dango dumplings at Tsukimi (autumn moon viewing). Around 5% of respondents said that they always have meat on ii niku no hi (Good Meat Day), which is set as November 29 through a kind of number word play called goroawase, whereby 11 translates to ii and 29 to niku.