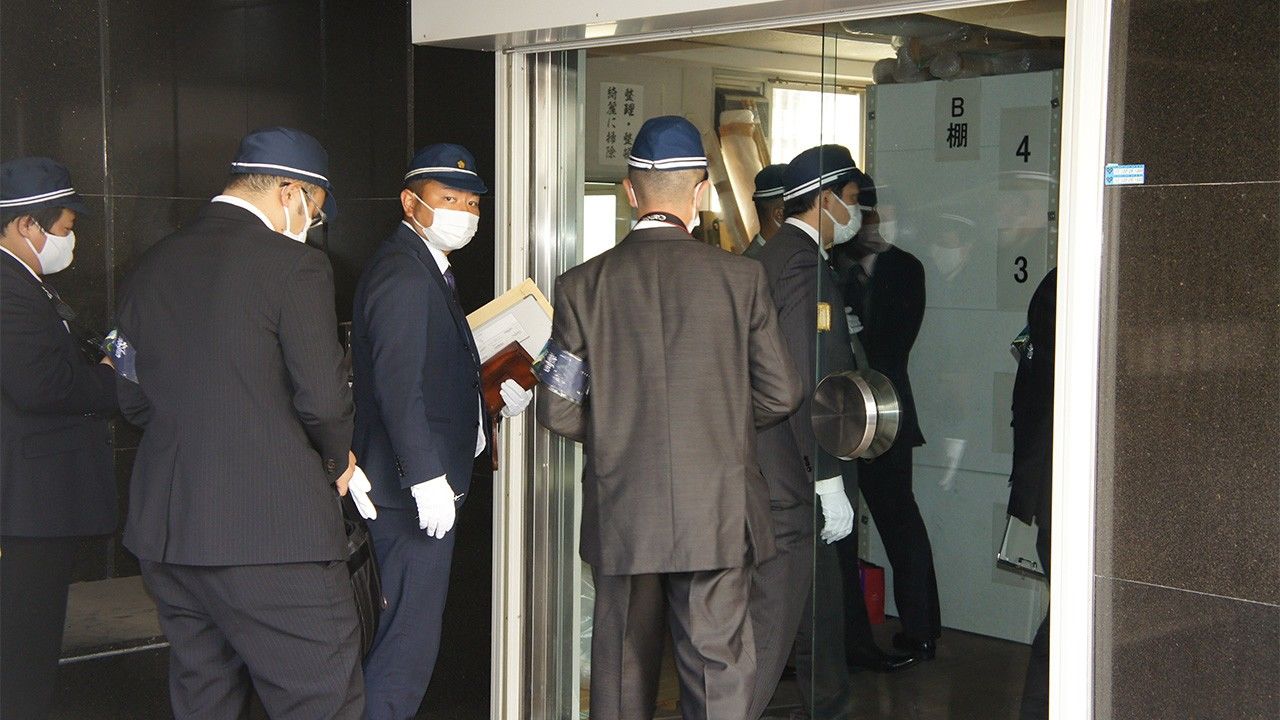 Society Aug 2, 2022
While the number of gang members in Japan is declining, a struggle for power continues between the Yamaguchi-gumi and its splinter group the Kobe Yamaguchi-gumi.

A report by Japan’s National Police Agency says that members of designated gangs numbered 24,100 as of the end of 2021, which was down 1,800 year on year. This is the lowest number recorded since statistics began in 1958, in the seventeenth consecutive year of declining yakuza membership. 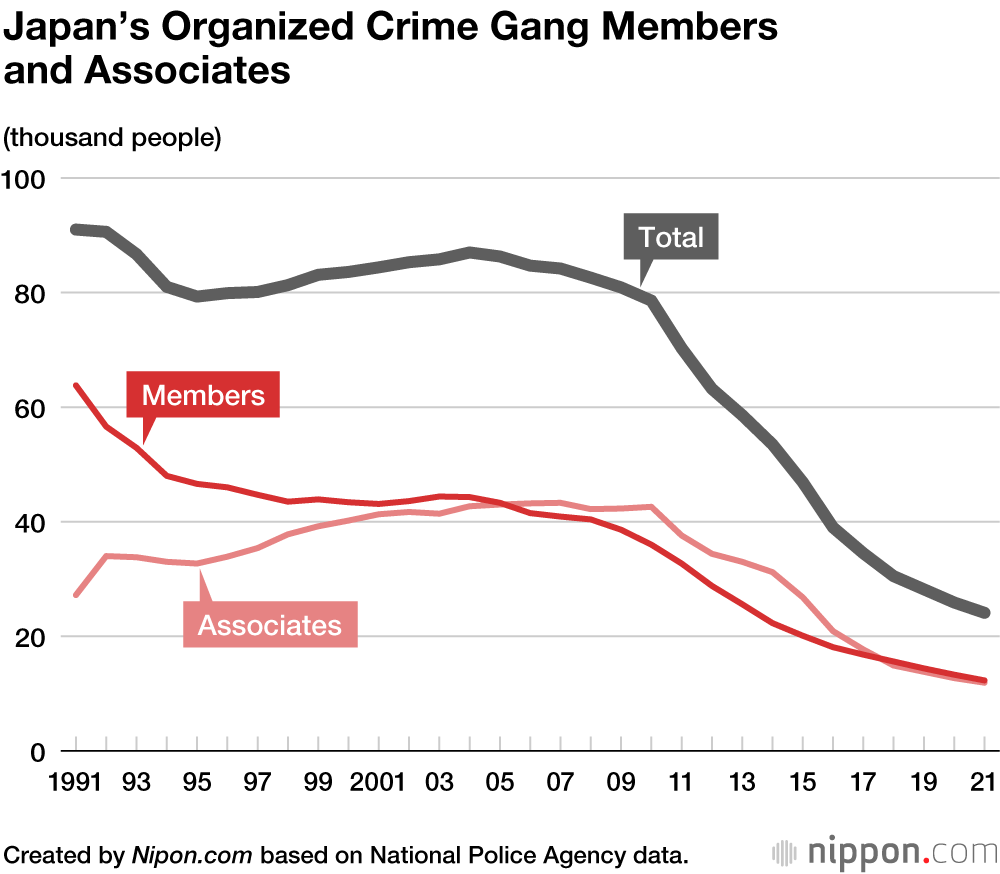 The table below shows Japan’s main gangs and their memberships as of the end of 2021. Membership of the Yamaguchi-gumi, Japan’s largest gang, stood at 8,500, which is an increase of 300 on the year before, and represents 35.3% of all yakuza in Japan. Meanwhile, membership of the Kobe Yamaguchi-gumi, which boasted 6,100 members when it was founded in 2015, had fallen to just over 1,000 by the end of 2021. Adding the memberships of these two gangs to those of the other major gangs (the Kizuna-kai, the Ikeda-gumi, the Sumiyoshi-kai, and the Inagawa-kai), yields 17,200, or 71.4% of Japan’s total yakuza population.

(Translated from Japanese. Banner photo: The Hyōgo Prefectural Police search premises related to designated bōryokudan the Yamaken-gumi near its headquarters in Chūō, Kobe, on November 12, 2021. © Jiji.)