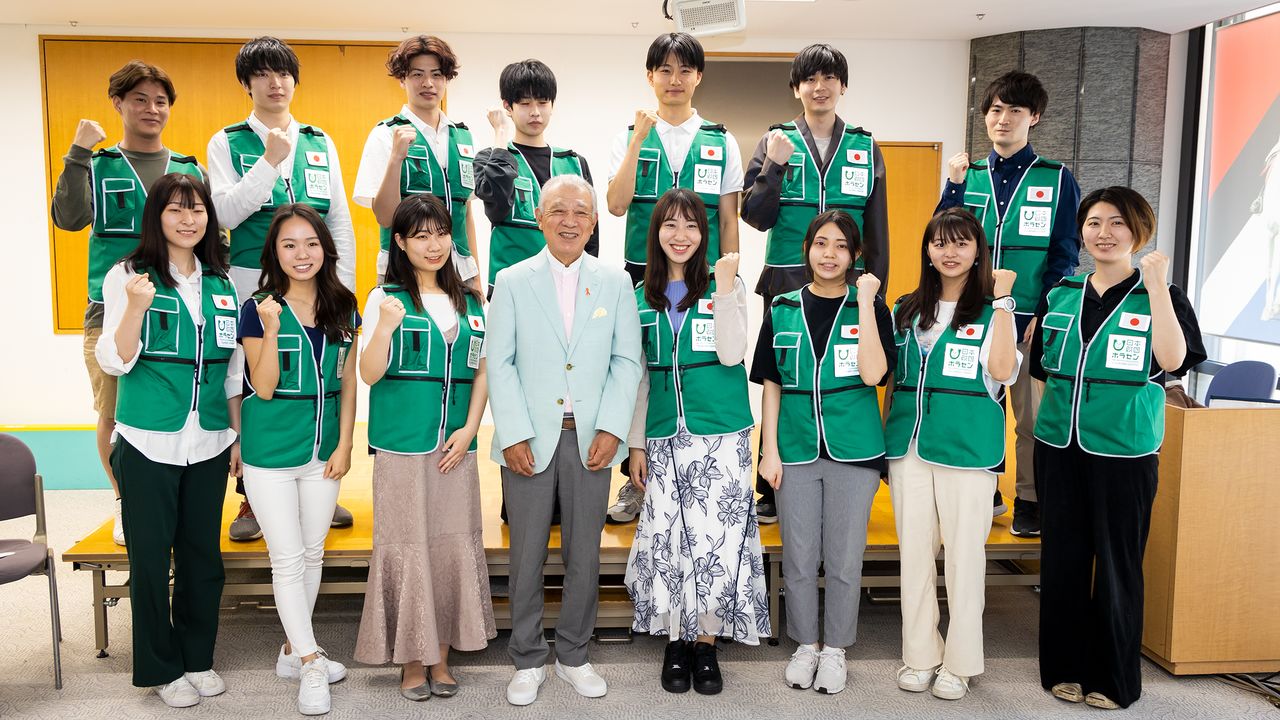 Society Politics Education Aug 22, 2022
Six months after the start of the Russian invasion of Ukraine, a survey explores young Japanese people’s attitudes about the war and related issues.

Over 60% of the teenage respondents to a survey conducted by the Nippon Foundation said they were interested in the situation in Ukraine following the Russian invasion in February. The percentage of boys who said they were “very interested” exceeded that of girls by 7.2 points.

When asked why they were interested, “The global power balance may change,” “Someday Japan may be attacked over the Northern Territories dispute,” and “There is a need to revise Japanese defense strategy” were among the reasons given. The survey of 1,000 people aged between 17 and 19 years old was conducted in mid-July. 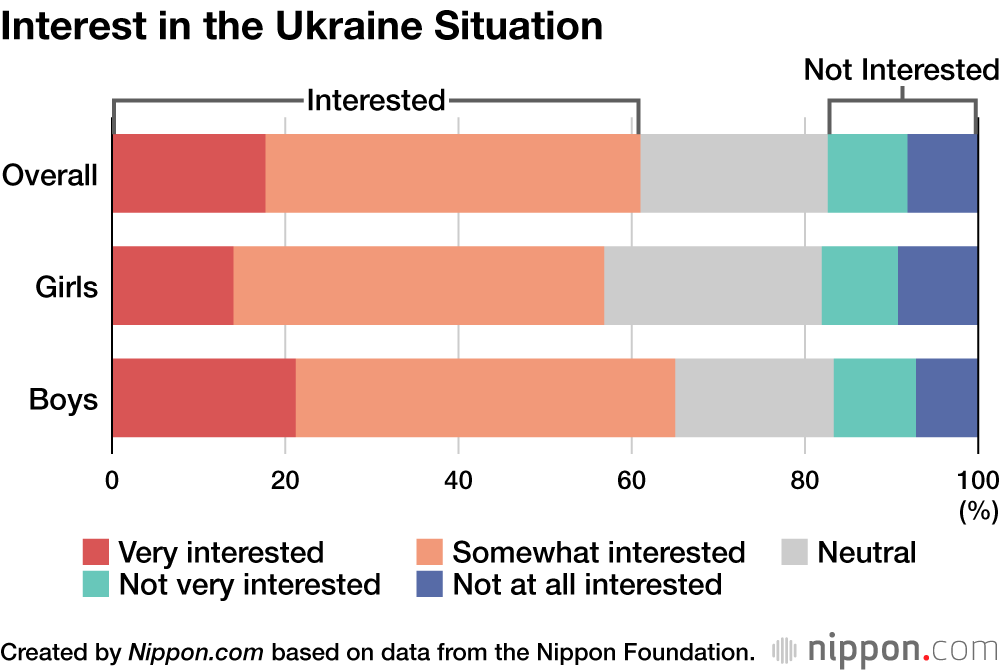 Over 60% of both boys and girls said that they “agree” with Japan accepting Ukrainian refugees. However, responses markedly diverged when asked if the current rate at which Japan is accepting refugees is sufficient, with only 21.0% of the girls responding positively as compared to 32.9% of the boys. 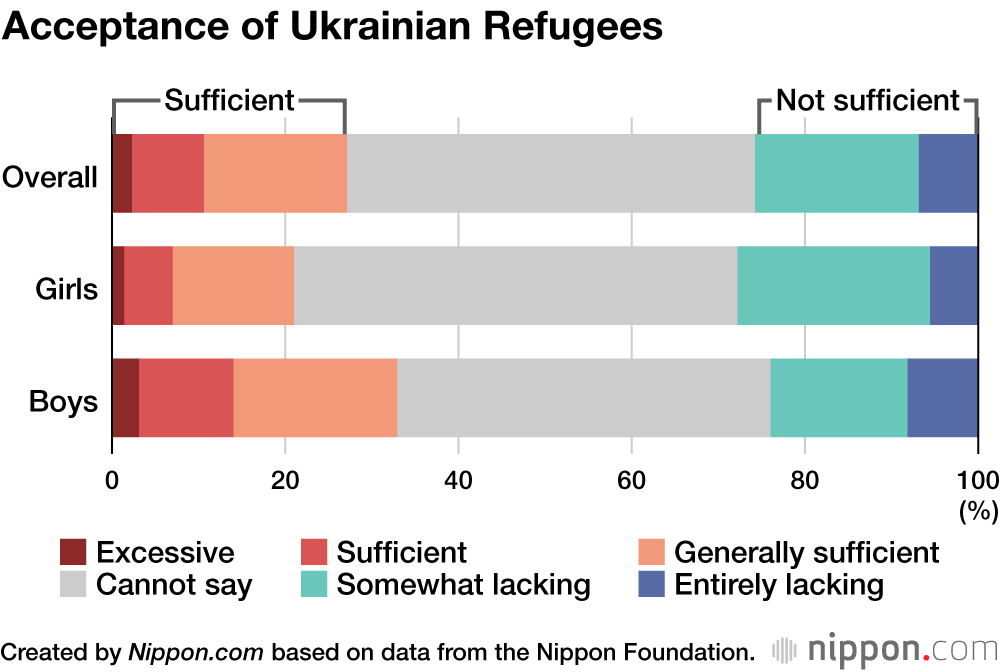 There was a 12.5-point gap between boys and girls on whether they thought Japan was accepting refugees from throughout the world in sufficient numbers, with 19.5% of girls as opposed to 32.0% of boys responding positively. 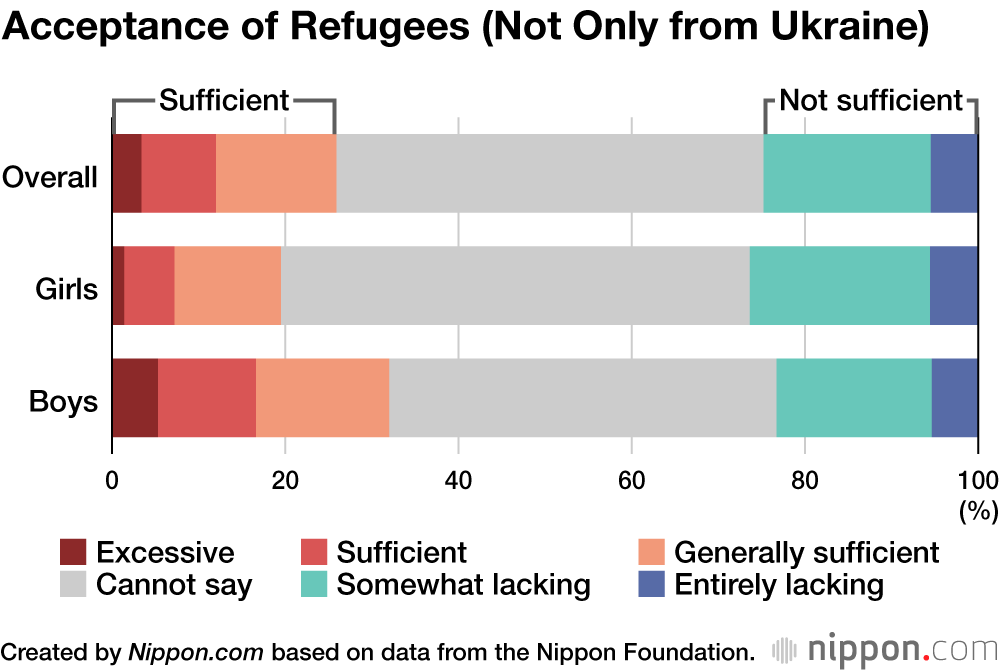 Each year, the number of foreigners in Japan is rising, and as of 2021 there were over 2.8 million foreign residents. When asked about the impact of increasing numbers of foreigners living in Japan, more girls described it as “positive” than “negative,” but the reverse was true for boys. 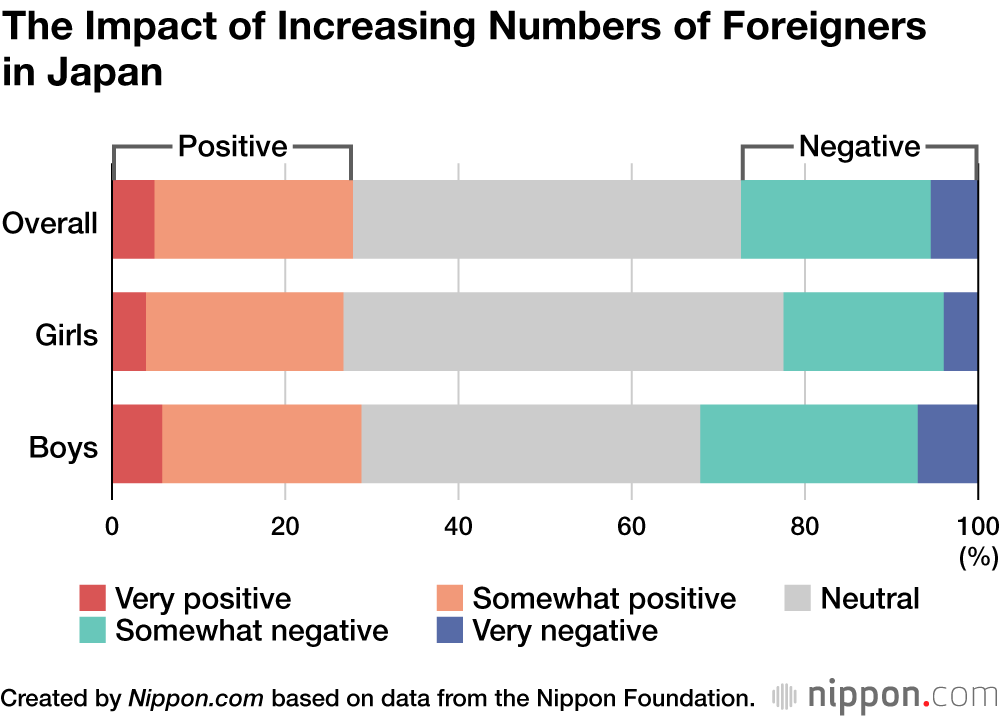