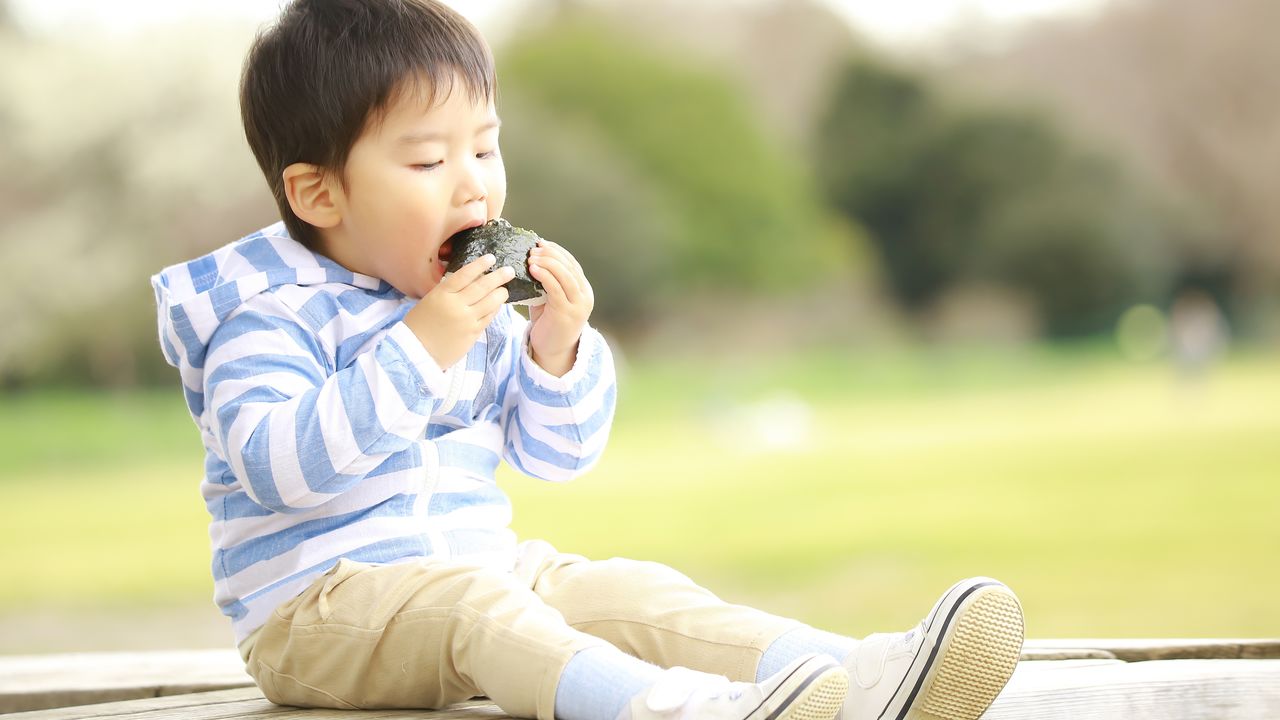 Effort-Free “Onigiri”: More Japanese Prefer to Buy Rice Balls than Make Their Own

Food and Drink Society Lifestyle Aug 29, 2022
A survey in Japan found that 50.8% of people mostly eat onigiri rice balls they have bought rather than ones they have made themselves.

Making onigiri is a relatively simple process, but these days in Japan many prefer to go out and buy their rice balls instead.

A survey conducted by the research company MyVoice Communications, targeting 9,944 respondents in Japan, showed that while 35.3% mainly make onigiri at home to eat, at 50.8%, the majority said that they mostly eat onigiri that they have bought. Men especially preferred to buy and eat onigiri, accounting for more than 60%. 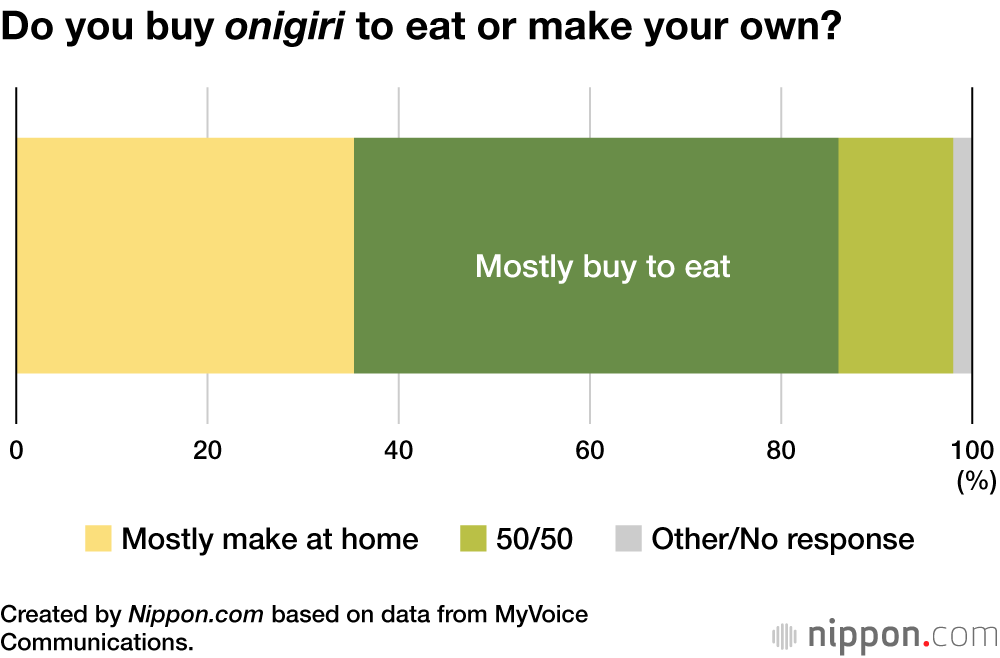 At 49.1%, almost half of the respondents said that when they made onigiri, they did so by putting rice in plastic wrap and then shaping it. Compared to the previous survey in 2018, the percentage who shaped the rice with their bare hands had fallen to below 30%. Those who made onigirazu, which is simply rice and other filler ingredients placed on nori sheets of seaweed and then folded without shaping, accounted for 3%. 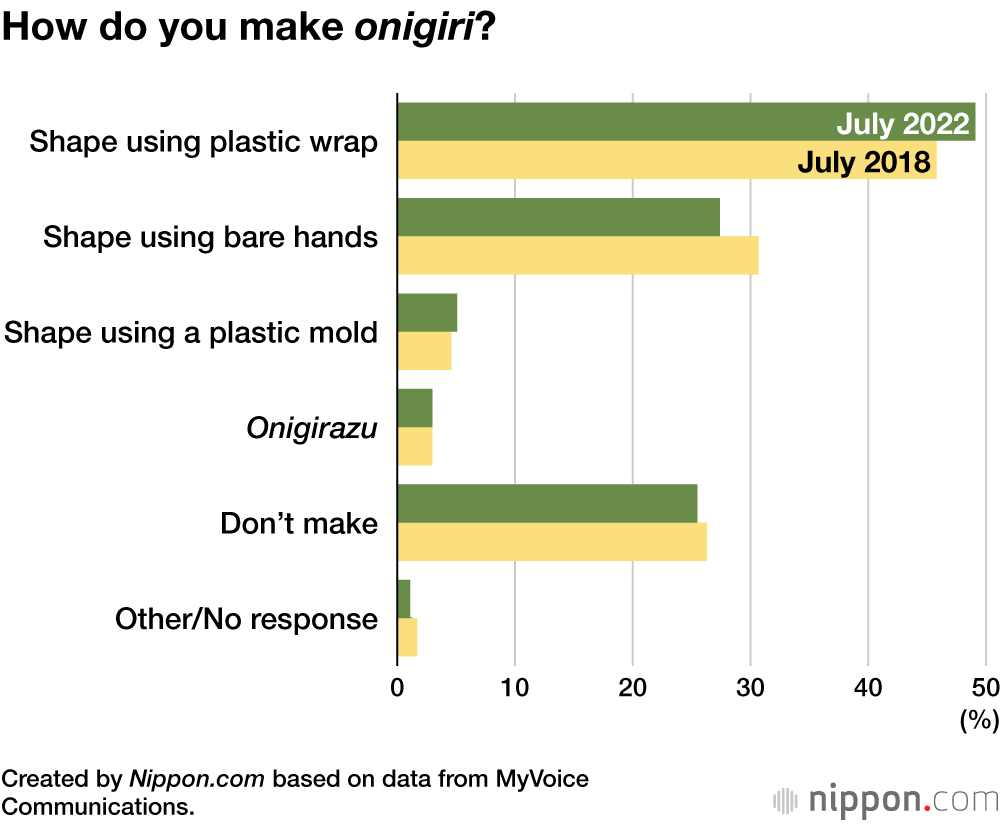 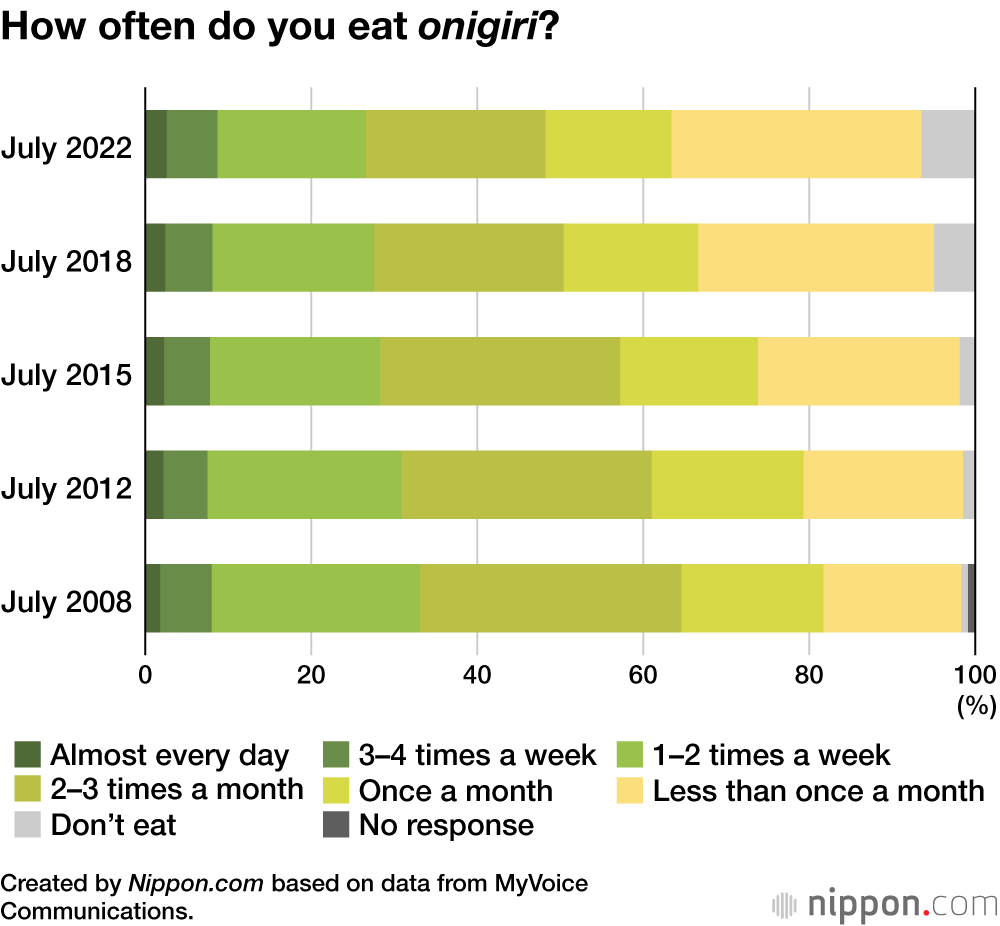 An overwhelming 65.9% of respondents said they liked “sake (salmon)” as a filling (more than one answer was possible). For around 40% of respondents, konbu (kelp), tuna mayonnaise, karashi mentaiko (spicy cod roe), umeboshi (pickled plum), and tarako (salted cod roe) were all favorites. There were regional taste differences too, with tarako and ikura (salmon roe) being more popular fillings in the east of Japan, while not so much in the west. 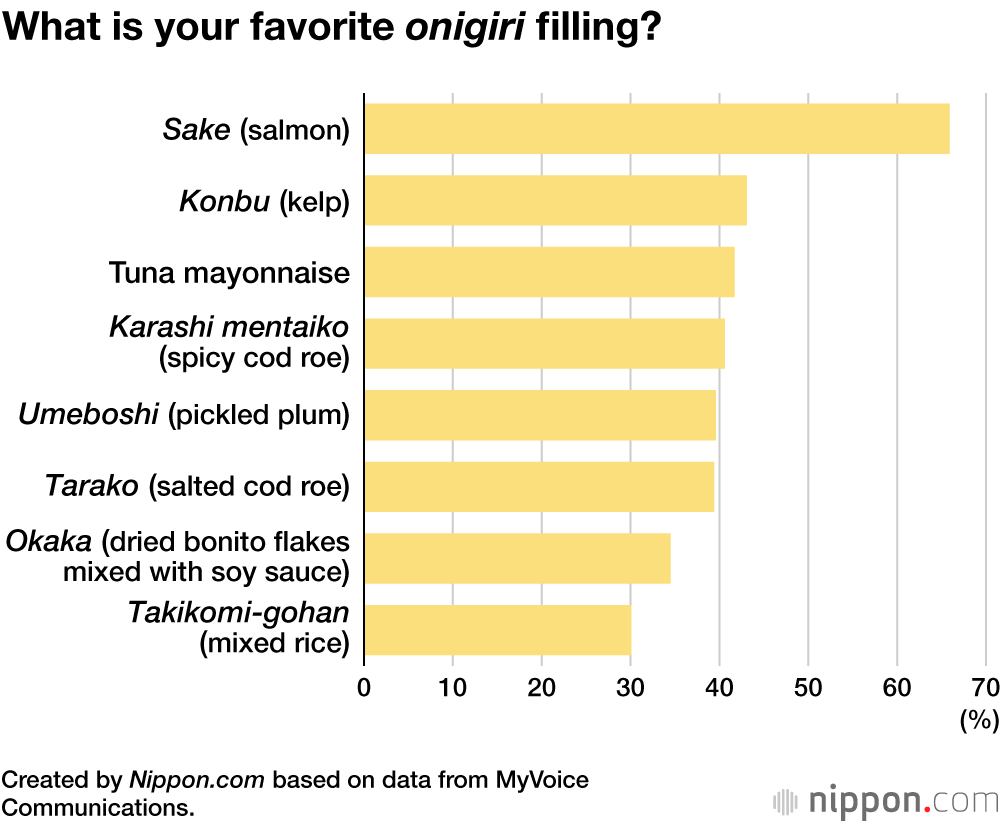