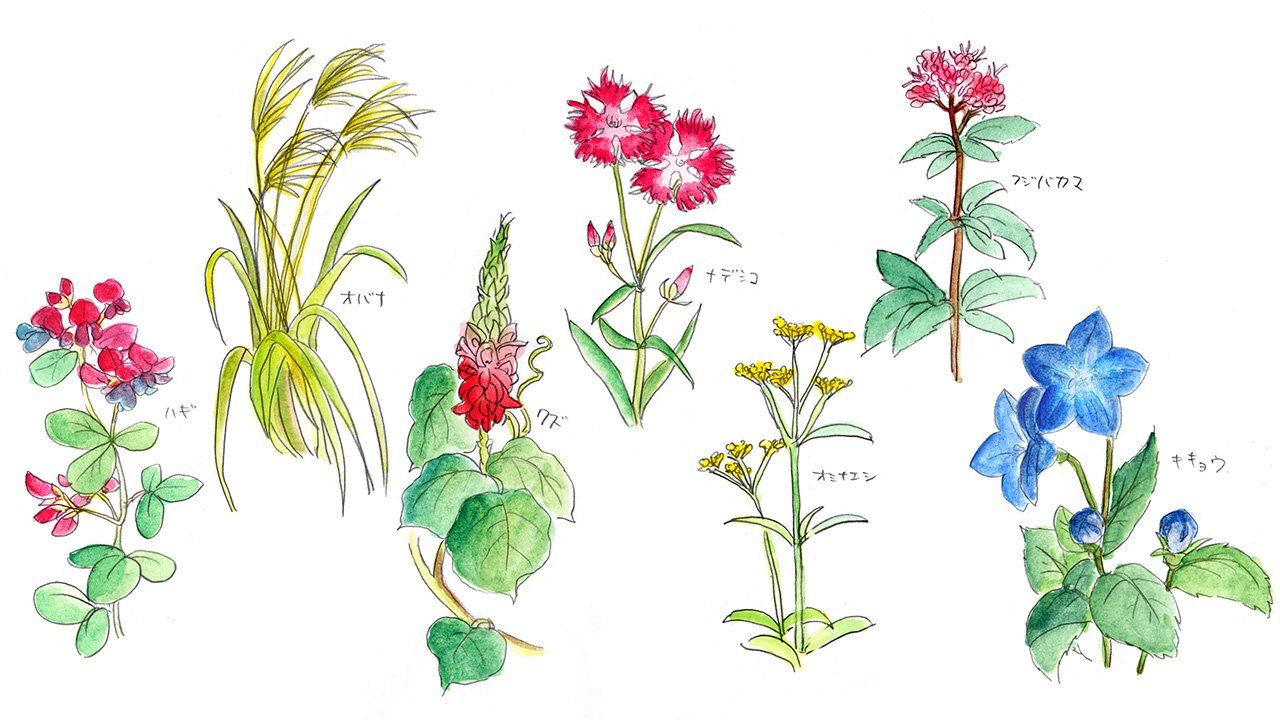 Culture Environment Oct 28, 2022
Poets once penned verses about Japan’s “seven flowers” of autumn, although the plants are less familiar to Japanese today.

The aki-no-nanakusa, or “seven flowers” of fall, were originally mentioned in a verse by the Nara period poet Yamanoue no Okura (ca. 660-ca. 733), published in the Man’yōshū, Japan’s oldest collection of waka poetry.

Counting on my fingers
flowers blooming in an autumn field,
there are seven.

This is a deciduous shrub belonging to the legume family. From late summer into fall, small reddish-purple flowers bloom on delicate weeping stems. It has an elegant way of swaying in the breeze and is mentioned a number of times in the Man’yōshū. 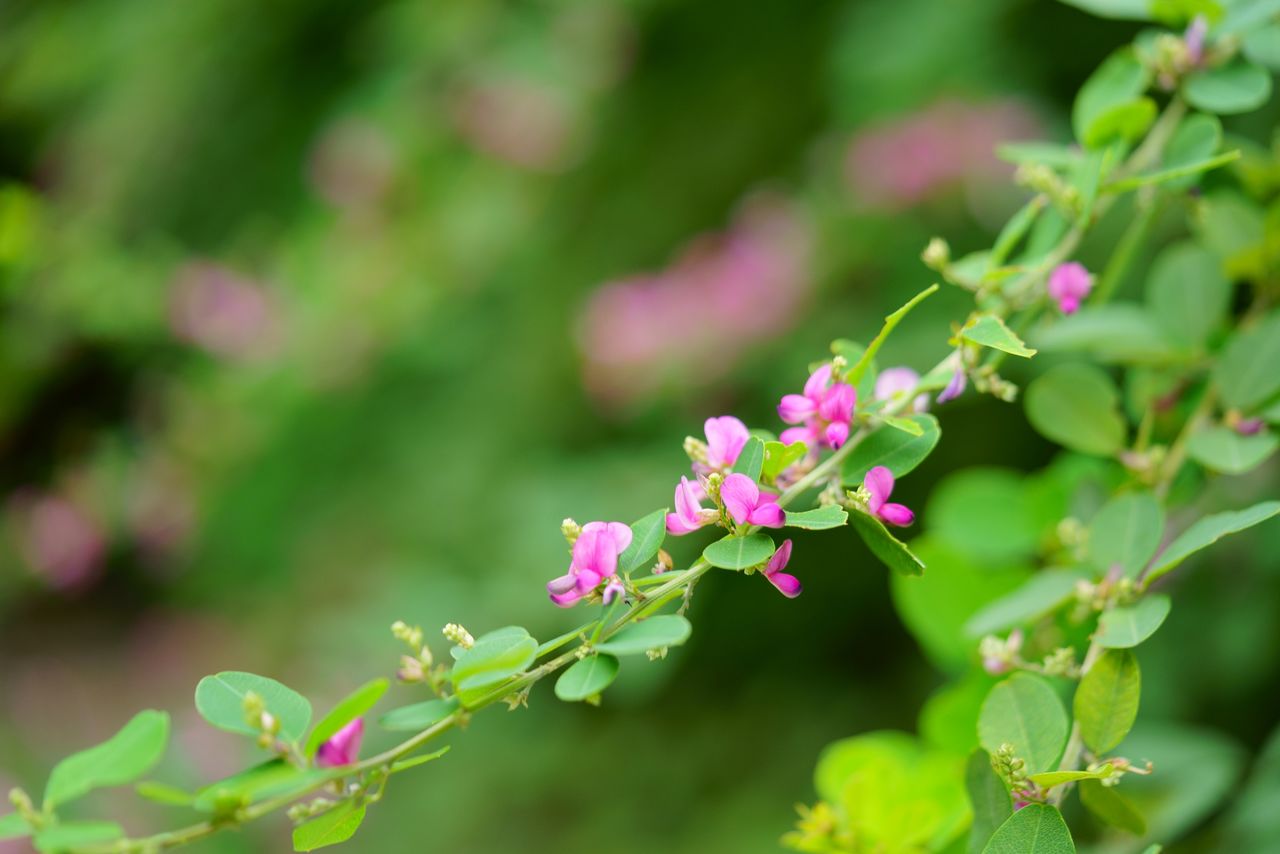 This perennial flowering plant belongs to the bellflower family and grows widely across East Asia. When Yamanoue no Okura made reference to the flower asagao (‘morning glory’), it was the bellflower that he meant rather than the present-day morning glory.

This flower often appears on the crests of samurai families, and one design in particular, the kagekikyō, is associated with Akechi Mitsuhide, who famously betrayed warlord Oda Nobunaga. 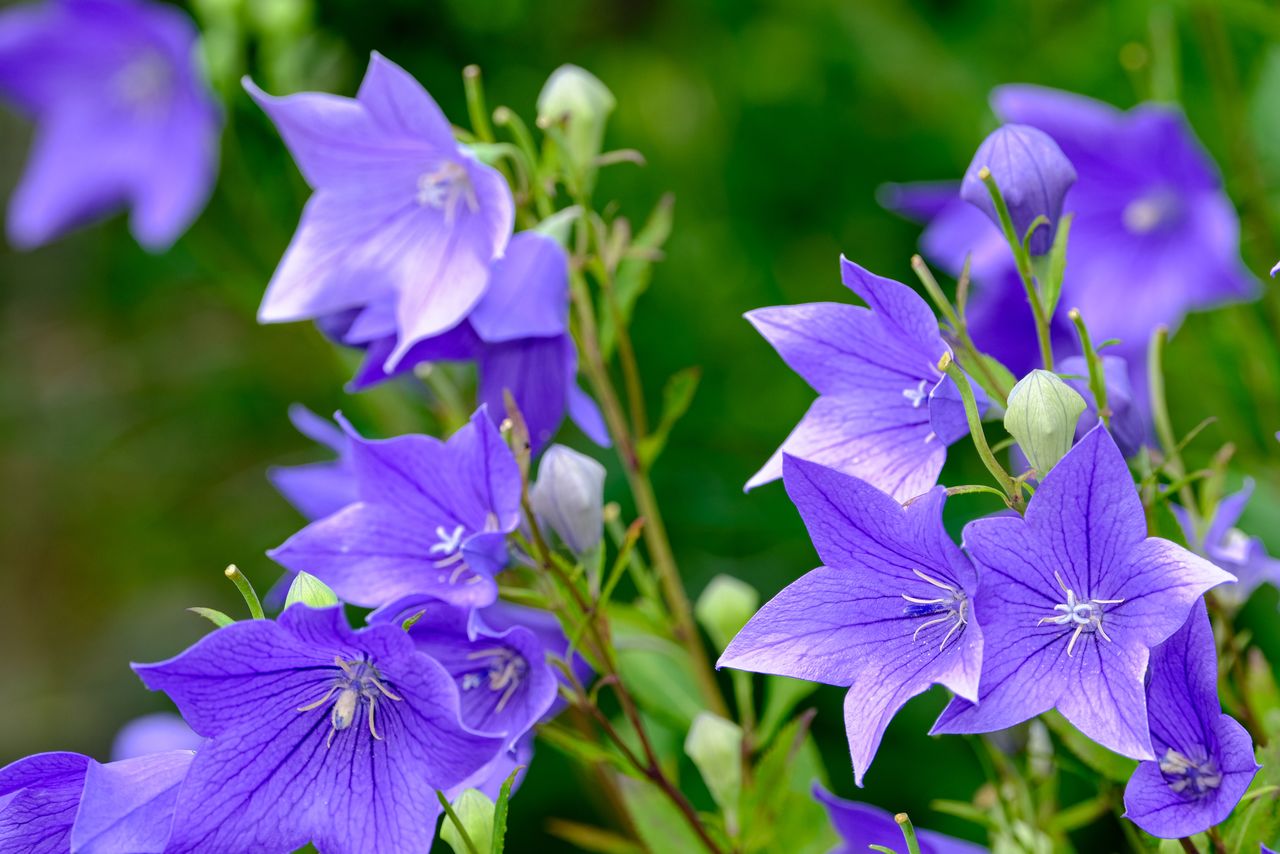 A member of the legume family, this plant’s roots contain starch that is used to make arrowroot powder, a thickening agent in cooking and for making sweets. It is also well known as a herbal medicine, including as kakkontō, a tea made mainly from the dried roots of the plant mixed with other herbal medicines that is used as a cough suppressant and to lower fevers.

When the leaves blow in the wind, their undersides are revealed. This led to it being nicknamed uramigusa (literally “grudge grass”) and it is often used as a pillow word in classical Japanese poems to indicate resentment. 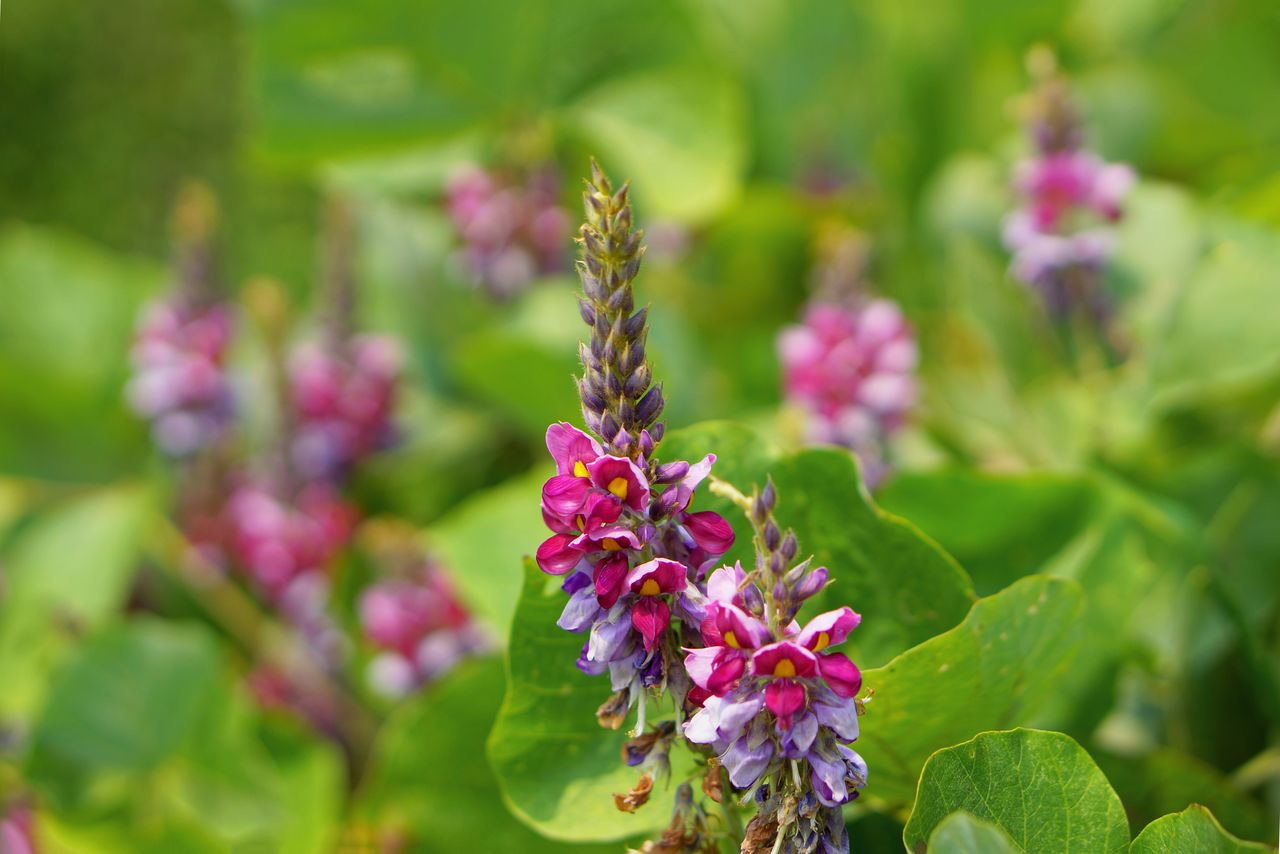 This flowering plant is part of the daisy family. A perennial, it grows naturally on wet grasslands along riverbanks. Its habitat is dwindling due to urban development and the plant is now designated as a near-threatened species by the Ministry of the Environment. It has a lovely fragrance and is popular in China, where it is put in sachets for use as an air freshener. 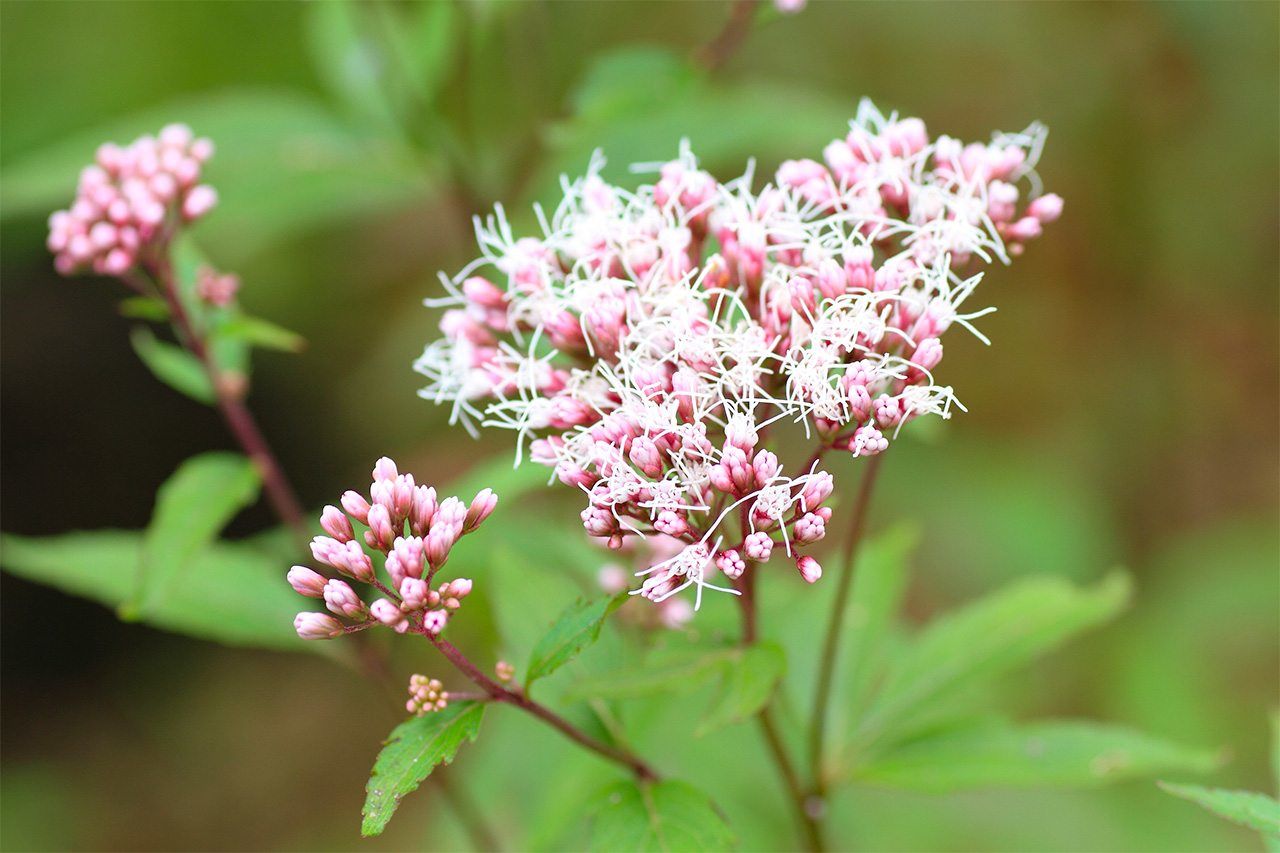 Also known as patrinia, this is a member of the honeysuckle family. Omina is an archaic Japanese word describing a woman, particularly one of rare loveliness. The Japanese name for this flower, ominaeshi, carries the meaning that even an omina pales in comparison to its beauty. There is a variant that produces white flowers, known as otokoeshi, or white patrinia, with otoko meaning “man.” 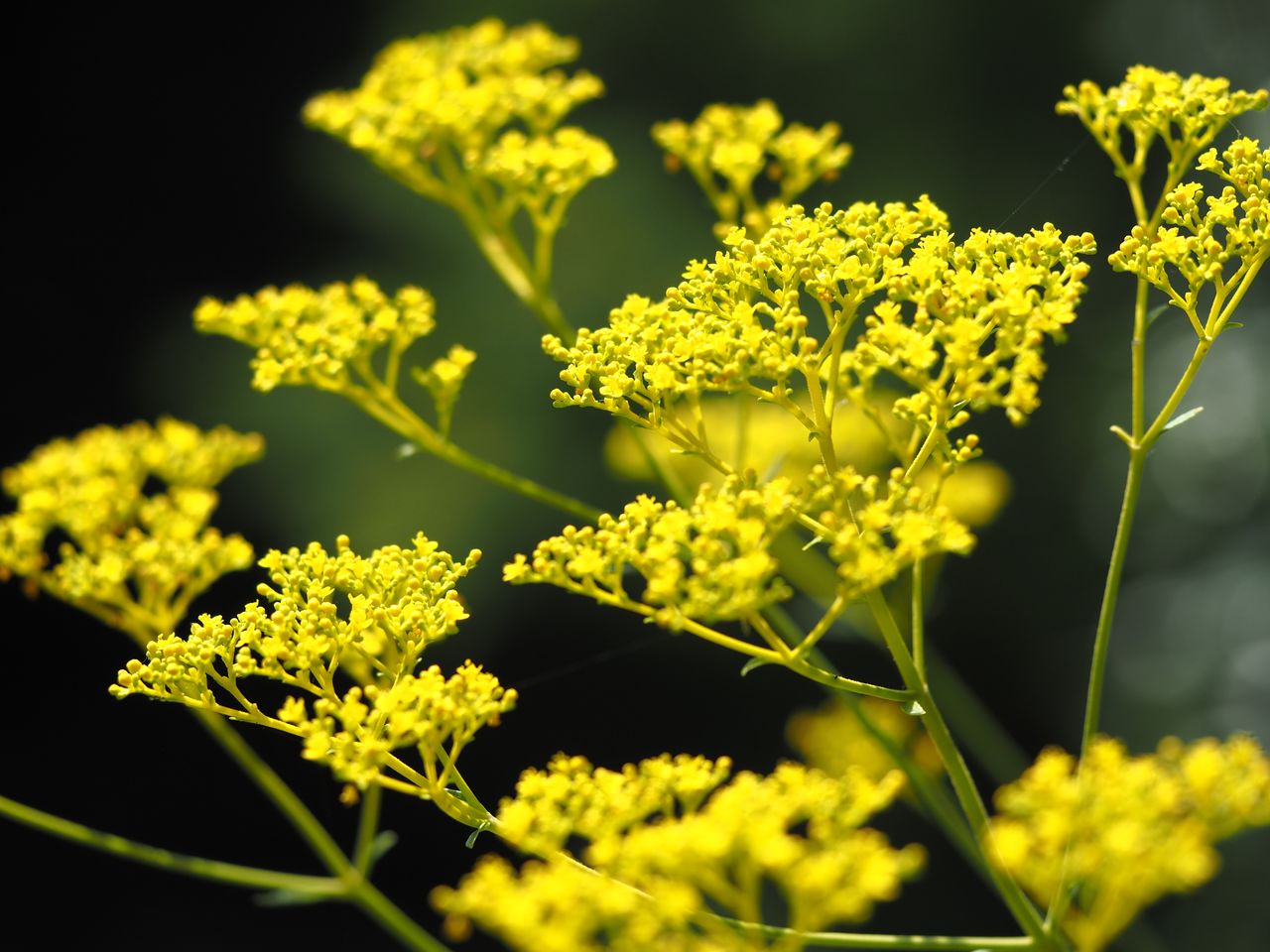 A flowering plant in the grasses family, it grows widely across the grasslands of East Asia. it is customary to display this pampas grass during the tradition of tsukimi, or autumn moon viewing. 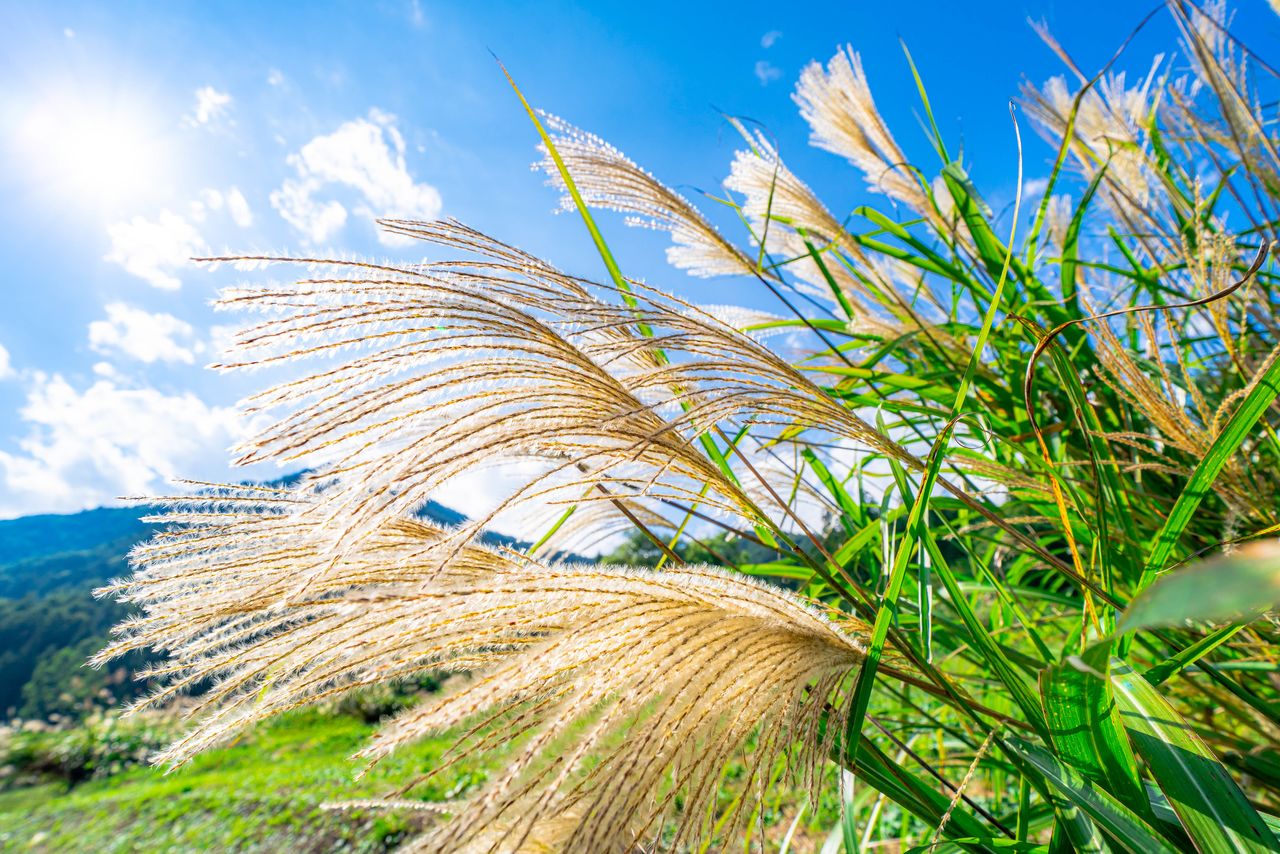 This flowering plant, belonging to the pink family, grows widely across the northern hemisphere. During the middle Heian period (794–1185), Sei Shōnagon mentioned nadeshiko in The Pillow Book, saying it was the flower of the grass, and that while it could be found in the Tang Dynasty, the one from Yamato (the name commonly used at that time for Japan) was splendid too. The phrase yamato nadeshiko is used to praise the modesty and gracefulness of Japanese women and is used in the moniker for the women’s national soccer team, Nadeshiko Japan. 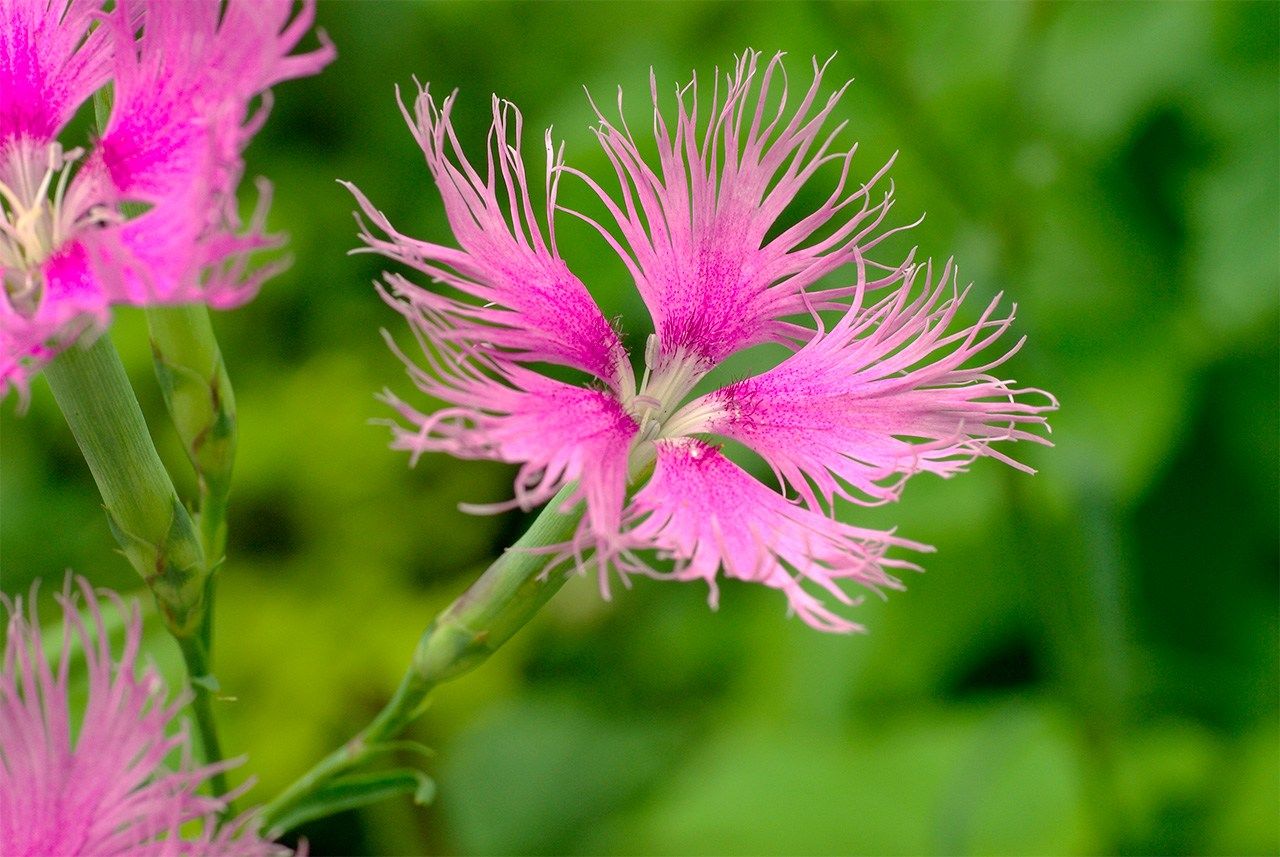