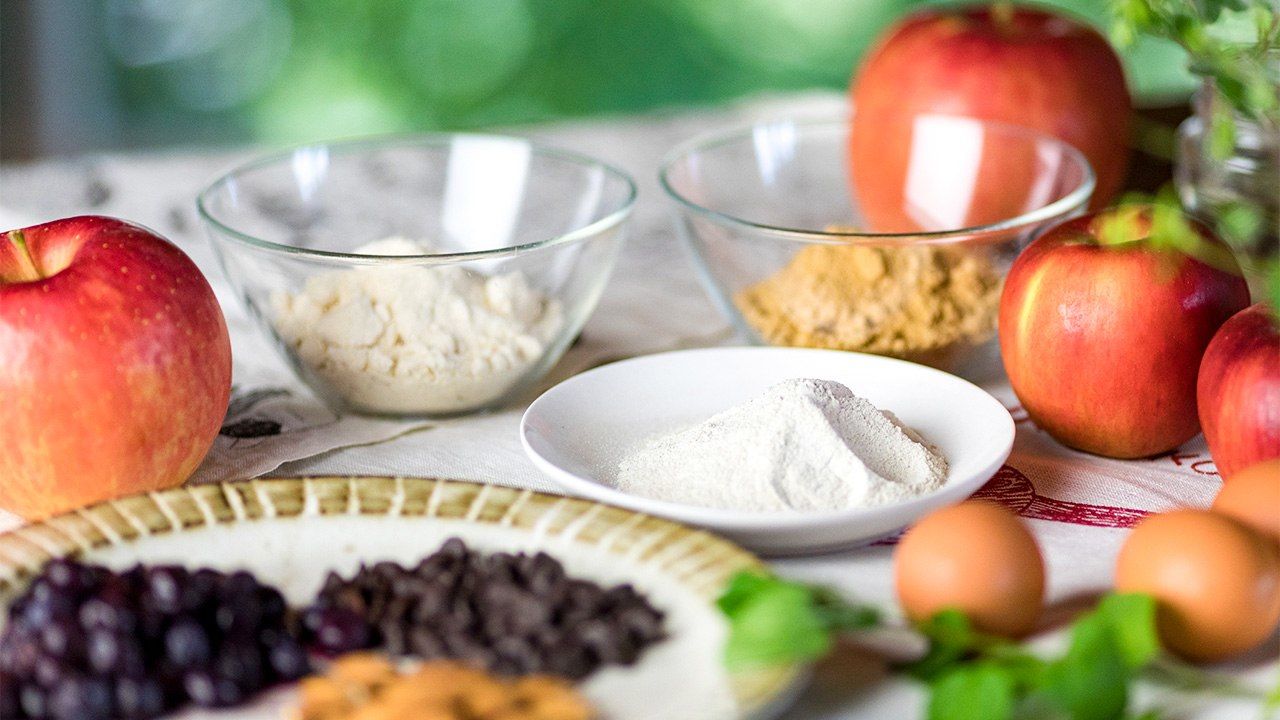 Happy Eating: The Ups and Downs of a Gluten-Free Diet in Japan

Food and Drink Culture Science Dec 15, 2021
Eating gluten-free foods as a “healthy diet” has yet to catch on in Japan to the degree it has in the United States and Europe. Improved food labeling in the last several years has increased recognition of allergies. However, living or traveling gluten-free in Japan is still comparatively difficult due to the pervasiveness of wheat in foods. A long-term resident who has lived without wheat products for nearly two decades offers advice on eating gluten-free while in Japan.

Moving to Japan in 2001 had unimagined consequences for my health. I had become severely lactose intolerant while attending grad school in the United States in the late 1990s, and my digestion only worsened after coming to Japan. No amount of careful dieting helped, nor did getting tested for allergies offer any clues for my condition.

I had become afraid to eat anything at all, since everything I ingested made me sick (I thought, like the sister in Laura Esquivel’s iconic novel Like Water for Chocolate, that I might actually die from gas). On top of all of the food problems, I suffered several miscarriages, which I later discovered can be caused by malnutrition stemming from gluten intolerance. Thanks to the newly blooming internet I also learned about elimination dieting, in which you cut out one possible allergen from your diet at a time over a period of months, and gave it a try.

The second thing I tried eliminating was wheat, and no further testing was necessary. My digestive woes disappeared, but most surprisingly the pain of my menstrual cycle, which previously left me in a fetal position for half a day every month, mellowed to a mild backache.

Unfortunately, at that time conditions like gluten intolerance and celiac disease were not widely recognized. My allergist referred me to a specialist who told me that there was no way I had a wheat allergy, as that was something only small children have, and they grow out of it. Even without a diagnosis, it was clear to me that I did not have a problem as long as I shunned wheat, so I trusted my gut. Subsequently, my skin rashes cleared up, my fingernails got thicker and stronger, my hair filled out, and I now have a healthy 16-year-old daughter.

Living wheat-free was much easier said than done, though, as food labeling in Japan was still relatively hit-and-miss. Thankfully, although gluten-free food has yet to really take off in Japan, identifying safe products is a lot easier now, in large part because of Japanese food labeling laws that have taken effect since 2015. Recognition of food allergies has also rapidly increased in recent years, and agricultural programs designed to promote rice consumption have increased the number and variety of products made with rice flour instead of wheat flour. Still, adhering to a medically necessary gluten-free diet in Japan is comparatively challenging, particularly if you are not fluent in both reading and speaking Japanese.

What Is Gluten, Anyway?

Water binding with the gliadin and glutenin proteins in wheat flour forms the large protein complex called gluten, found in wheat, barley, rye, and sometimes in oats. This complex protein binds to itself and forms a regular and continuous network of fine strands, allowing wheat flour to stick together to capture the air bubbles that create the foamy texture of bread. But that’s not all; gluten is extremely elastic and can absorb about twice its own weight in water. These properties—water absorption, stickiness, and plasticity—make it fantastically valuable in the food industry. In products like butter and ice cream it can be used to extend bulk and create a smooth texture. Wheat flour is commonly used in the freezing process of prepared foods containing rice to keep the grains from clumping up, as a binder and extender in processed meat products, and as a thickener or coloring agent in sauces. Gluten is even in some makeup and skin care products. Syrup sweeteners made from barley are a completely unlabeled way to encounter gluten in Japan.

Gluten intolerance, celiac disease, and wheat allergy are not the same thing, but the primary way to mitigate any of them is to completely eliminate wheat products from the diet.

A wheat allergy is a reaction to any of the four wheat proteins: albumin, globulin, gliadin, or glutenin. This is much easier to detect and diagnose than celiac or gluten intolerance, because the effects are almost always immediate: swelling or itchiness in the mouth and throat, nausea, vomiting, or even anaphylaxis, which can be fatal.

Celiac disease and gluten intolerance, meanwhile, are autoimmune disorders: a person’s body has an adverse reaction to the large gluten protein complex. The reaction occurs mostly in the small intestine, and it can take a long time to damage the organ to the point where serious effects are felt immediately after ingesting gluten. For most sufferers, even the smallest bit of gluten will cause a reaction, but the outward manifestation can be delayed, sometimes by many hours, and the severity of the perceived problem may vary. Symptoms can range from bloating or gas to diarrhea, constipation, vomiting, headaches, skin rashes, and even hair loss or miscarriage. Many of the symptoms result from malnutrition caused by the damage to the intestine rather than from the immediate reaction to gluten in the gut, and people who have celiac disease or gluten intolerance may not even know they have it, but have general ailments and are unable to pinpoint the cause.

Is a Gluten Free Diet Heathy?

Lots of people may benefit from a gluten-free diet because they are actually mildly gluten intolerant and do not know it, or because a diet of this kind forces them to carefully monitor what they ingest. However, such a diet can be both much more expensive and less healthy than a regular diet if not properly understood. This is because many gluten-free products intended to mimic and replace traditional wheat products are primarily made of starchy ingredients like rice flour, tapioca starch, corn starch, and potato starch. The products may not be inherently unhealthy, but may have lower overall nutritional value and higher sugar levels than the wheat products they are intended to replace. 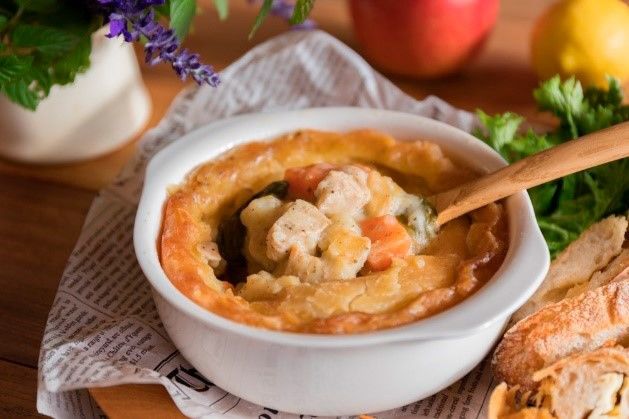 With a basic understanding of nutrition and food science, almost any traditional wheat-based dish can be made gluten free.

Perhaps counterintuitively, convenience stores are among the best places to get something safe to eat, as products are consistently and strictly labeled. However, you cannot rely on the “allergen” labeling because that information is only targeted at wheat allergy. It is best to learn enough Japanese to read the ingredient label itself, and beware of things like modified food starch (加工デンプン; kakō denpun) and maltose (麦芽糖; bakugatō). Other important words to look out for are cake flour (薄力粉; hakurikiko) and even soy sauce (醤油 or 正油; shōyu)—which, although made from soybeans, usually includes wheat in the production process. Even with standardized labeling rules, small food manufacturers are not always consistent with names of ingredients or with the allergy labels, so if you are not sure, do not eat it.

Large chain restaurants, known as famiresu (family restaurants) in Japan, now almost universally provide nutrition and allergy information online or even in the shop, making it relatively easy in larger towns and cities to find something to eat. Tokyo, Kyoto, and Osaka in particular have a handful of restaurants that either have completely gluten-free menus or serve gluten-free options, and these are pretty easy to find online. However, once you get away from population centers, finding a restaurant that will serve a gluten-free meal can be daunting. By far the safest bet is to find an authentic Indian restaurant. Real Indian curry is almost always gluten free, and typically comes with rice. Yakiniku (Korean barbecue) is pretty safe, but you have to be careful to specify that the meat you get is not marinated in anything, and watch out for the salad dressing. (In general plain salt and pepper is your safest bet.) If you bring your own gluten-free soy sauce and read the allergy listings carefully, you can usually eat some sushi, but beware that shops boasting lower prices sometimes use wheat vinegar instead of traditional rice vinegar.

One way you can really tell the quality of a restaurant or eating establishment is by the way they treat their food-challenged guests. A lot of places will give you a blank stare if you ask about gluten-free food, vegetarian options (vegans in Japan have a terrible time), or other allergy information. However, sometimes you will come across a real gem. Even if a local cafe just fixes you a bowl of rice and a simple egg omelet, it is great to be able to have a place to eat out with friends. 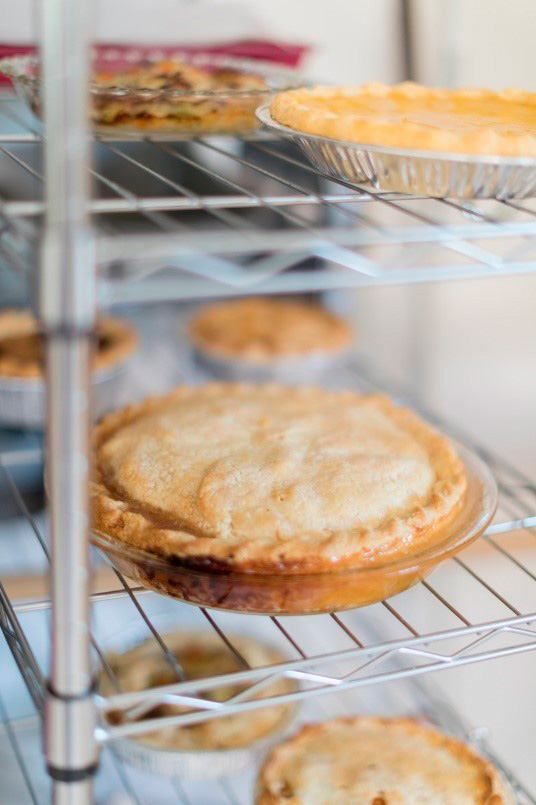 Tragically, eating informally prepared food of any kind can lead to serious consequences. Many people still do not understand that soy sauce normally has wheat in it, or that rice balls prepared on the same cutting board where bread or tempura just rested could be contaminated. Even dashi broth made with consommé powder can have wheat in it, as can candy made from the traditional sweetener mizuame (水あめ or水飴). A person who has serious intolerance, allergy, or celiac should never accept home-prepared food in Japan unless the cook well understands the issues involved.

Resources for a Gluten-Free Diet in Japan

Unfortunately, medical resources like antibody testing and diet advice for gluten intolerance are still relatively hard to come by outside of Tokyo. However, online shopping has changed the game in the past 20 years. These days, ordering xanthan gum or even pure soba flour is simple and quick. Various online retailers offer all kinds of gluten-free noodles, breads, cakes, pies, and snacks, much of it delivered frozen and in small packages. Additionally, groups on social networking sites are extremely valuable for asking questions and finding products.

Larger supermarkets usually have a section with allergy-appropriate products, including things like gluten-free soy sauce and noodles. These tend to be fairly expensive, but helpful in a pinch. Few products in Japan, however, are marked gluten free unless they are specifically manufactured as such. In many cases you have to trust to sanitation laws and the careful packaging Japan is famous for. Cross contamination is not unheard of, but in general food processing standards in Japan are extremely high, so things like chocolate bars, mochi rice, and soba noodles made with jūwari (十割) 100% buckwheat flour can be trusted to be nothing more than what they say they are.

Living with celiac, gluten intolerance, or a wheat allergy in Japan can still be extremely disappointing, because you are never going to be able to eat tempura, ramen, gyōza, takoyaki, or any of the thousand mouthwatering options available at local festivals and in izakaya However, with a bit of planning and a reasonable command of the Japanese language, you can eat well and even experience local cuisine to a certain extent. Nicer hotels will often bend over backward to provide a delicious and beautiful gluten-free meal, as will the more expensive restaurants and bars. If you do not speak any Japanese at all, print out and laminate one of the translated explanations you can find online, and just ask your host to read it. Use your cellphone to translate the labels of food products, and if all else fails get a simple salmon onigiri or a Soy Joy bar from the nearest convenience store.