Japan is known for its fine cuisine and Michelin-starred restaurants. For many visitors, however, fond memories are associated with more humble and accessible fare—a bowl of ramen at a dimly lit yatai food stall, colorful plates of sushi revolving around a conveyor-belt restaurant, or the cheap and easy sustenance of a convenience store breakfast.

Onigiri rice balls are perhaps the most representative of Japan’s ready-made foods. They are one of the most popular snacks in the convenience store, with millions sold every day. For tourists and short-term residents, though, they may come with a helping of mystery. While the filling is sometimes indicated using English or a picture, it is also often only apparent from a Japanese description and ambiguous coloring on the packaging. Thinking back to my early days in Japan, the element of chance can be part of the fun, at least at first. 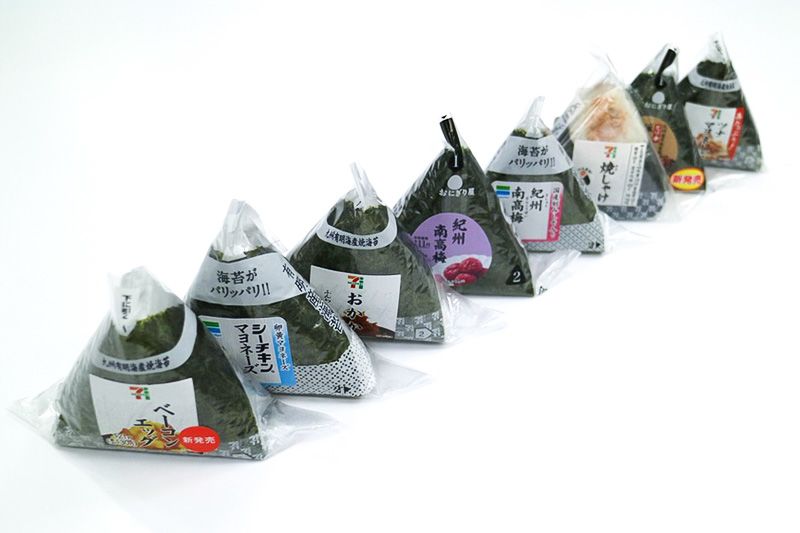 The triangular packages are a familiar sight to anyone who has spent time in a Japanese convenience store.

The packaging for triangular onigiri includes both an outer layer and an interior plastic sheet designed to separate the nori (seaweed) wrapping from the rice, keeping it dry and crackling. There is a three-stage process for pulling the plastic apart to leave the rice ball swaddled neatly in green. Despite the elegant design, this can take some getting used to for the less dexterous. Many a torn-off piece of nori can go to waste before the knack is acquired. 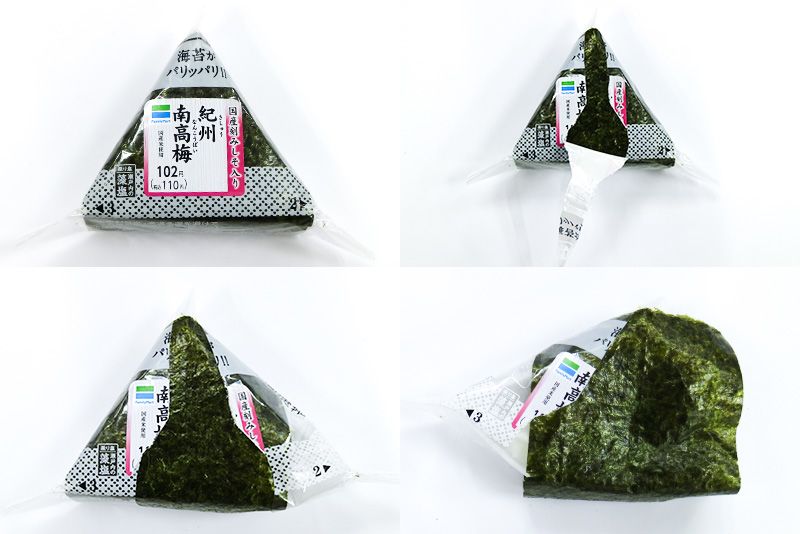 To open the snack, pull the tab at the package’s top down and around the bottom of the rice ball, completely removing it at the back to leave two separate wrappers on each side. Remove the side wrappers one by one, being careful not to pull the rice out of the nori, and it’s ready to eat.

Japan’s first convenience store was opened by 7-Eleven in Toyosu, Tokyo, in 1974. It did not sell onigiri. The traditional snacks initially seemed a mismatch for the chain’s contemporary, American image. Yet when US-style options like burritos and hot dogs failed to sell, the company turned to food with a local pedigree, like oden hotpot, nikuman meat buns, and rice balls. 7-Eleven began research into adapting onigiri for convenience-store sales in 1976, launching them as products two years later.

Onigiri took time to catch on with customers. Rice balls with long-standing Japanese fillings like umeboshi pickled plums or salmon were not that different from what people could make at home. Convenience stores have made great efforts to improve the quality of their ingredients, but this has taken many years, and frankly, their early onigiri were simply not that tasty.

Then, in 1983, a new filling greatly boosted the fortunes of convenience-store rice balls. Tuna mayonnaise onigiri were fresh and innovative in a time before the dressing became the acceptable accompaniment to almost everything in Japan that it is today. Demand boomed and onigiri were on the road to becoming a convenience-store mainstay. 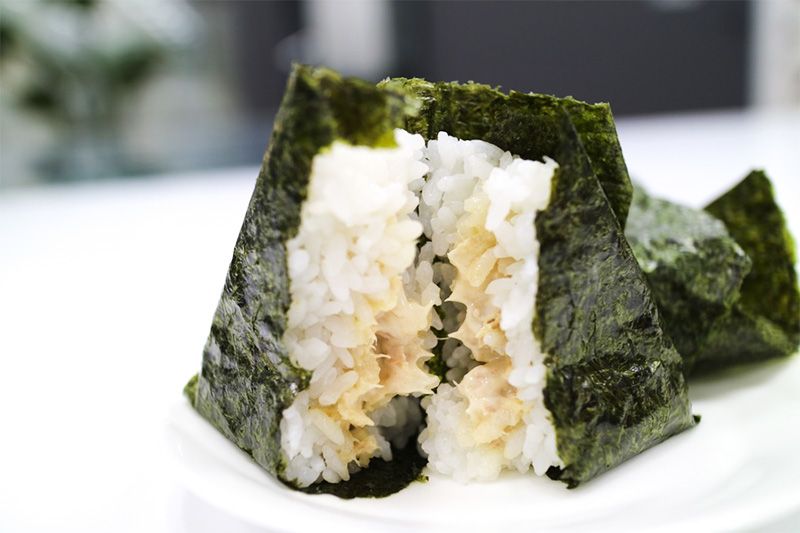 The “sea chicken,” or tuna mixed with mayonnaise, onigiri is a mainstay at all convenience store chains.

Tuna mayonnaise is still one of the most popular fillings for onigiri sold at convenience stores, although no exact figures are published for comparison. Its only likely challenger for the top spot is salmon. Other common fillings display a mix of traditional and recent flavors, including mentaiko (spicy pollock roe), konbu (kelp), umeboshi, okaka (dried bonito flakes mixed with soy sauce), and shrimp mayonnaise.

As fast food choices go, rice balls can be fairly healthy, although some snackers may worry about their carbohydrate intake. One recent trend has seen stores selling onigiri with part of the white rice replaced by sticky barley or brown rice. Meanwhile, FamilyMart has been trying out “slightly grilled” aburiyaki rice balls with some of its less-healthy varieties like sausage, bacon, and cheese mentaiko. 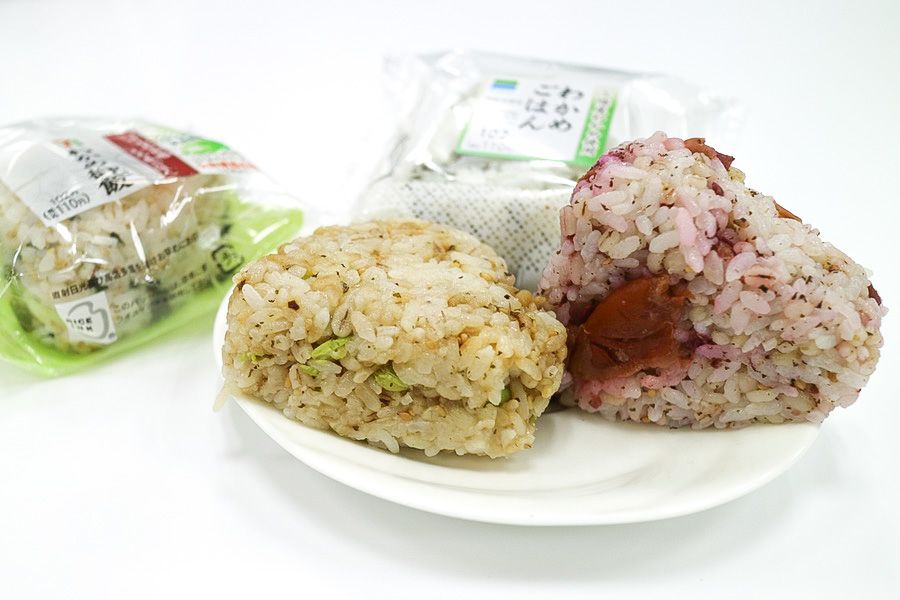 Not all onigiri come with nori wrappers. Increasingly popular are the flavors made with barley, sesame seeds, or other ingredients mixed into the rice.

Convenience-store onigiri have come a long way in four decades. Like the stores themselves, they have become part of everyday life in Japan. Easy to buy and eat, they are also a perfect introduction to the nation’s food for new visitors.