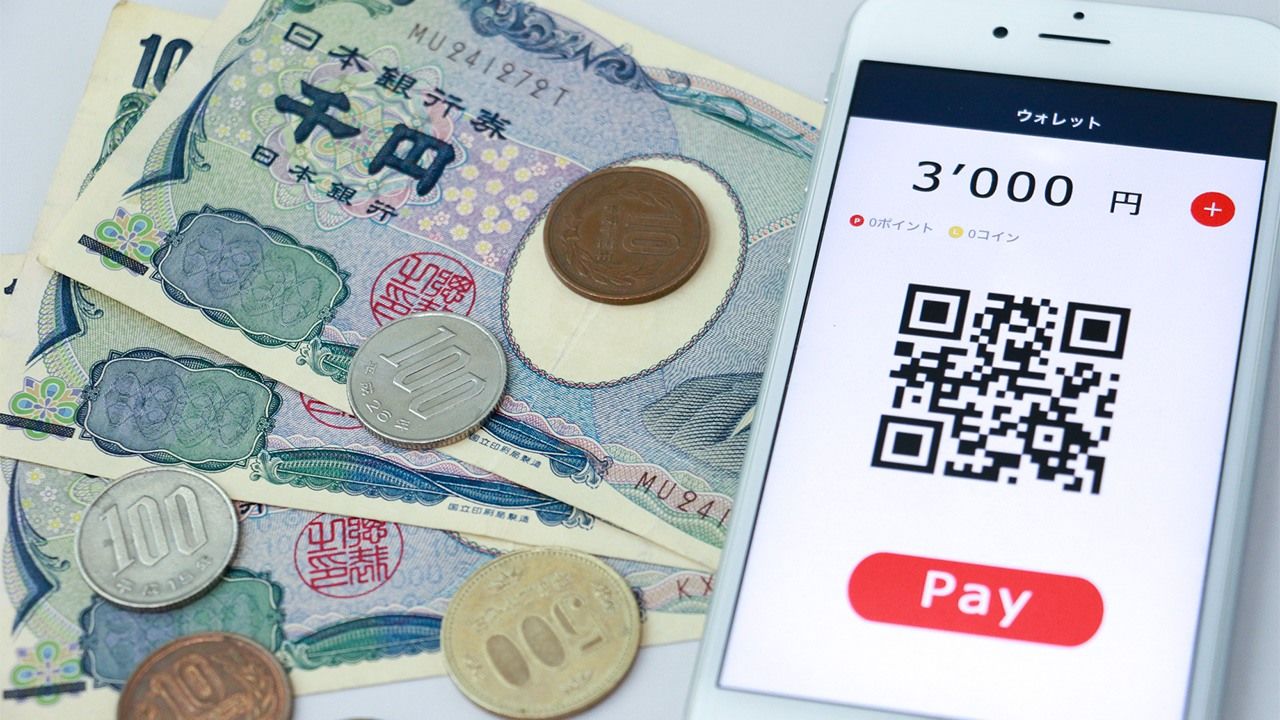 Back to the “Cash Age”: A Chinese Writer in Japan

Living in Japan for three months, I once again experienced the feeling of cash in my hands. I’d pass over a ¥10,000 bill for a bowl of soba noodles; ¥8,950 would come back in change. A ¥5,000 bill, three ¥1,000 bills, and the rest in coins. I put them in my wallet, and then calculated in my head whether I’d have enough coins for a cup of coffee at a café later.

I was staying in a hotel when I first arrived, so I never thought I would have problems paying for things. One evening, I strolled about two kilometers to see Tokyo Tower lit up at night. I stuffed ¥3,000 in my pocket, thinking that would be enough for any expenses. On the way back, I passed a fruit store where some juicy-looking grapes caught my eye. When I heard they cost ¥1,500, I thought refusing to buy them would be a loss of face for Chinese writers, and so I took the plunge. They were the best grapes I have ever had, with a taste like the summers of my childhood, and I devoured them all as I walked. 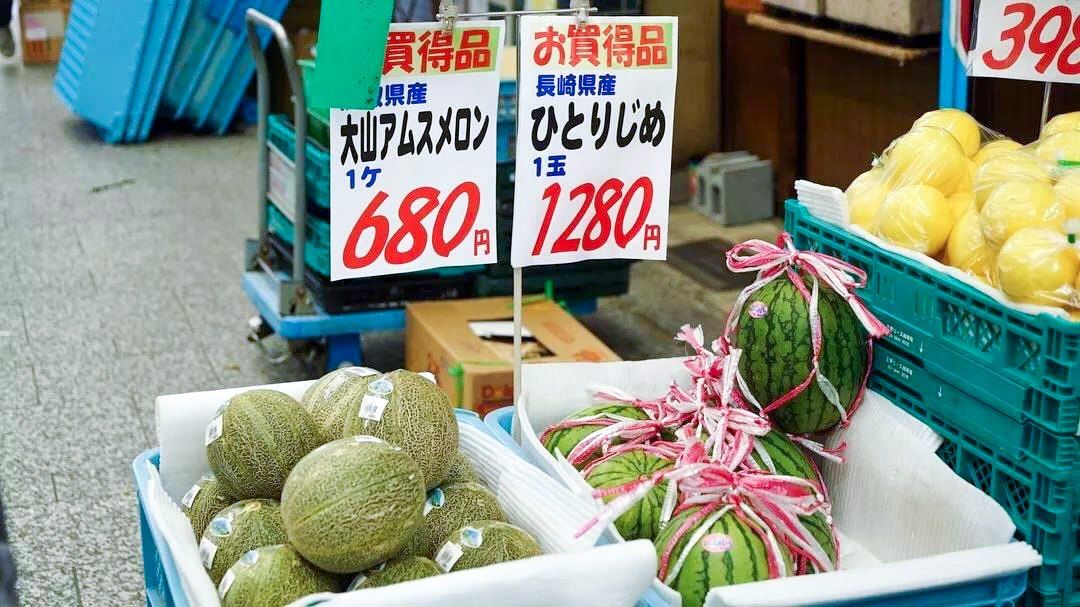 Fruit to tempt a passer-by.

Before I got back to the hotel, I stopped in at an izakaya for a beer and some chicken nabe. The chicken was nothing special, but the hot pot was also crammed with all kinds of vegetables, which had been lacking in my recent diet. I sensed the customers at the next table looking over in envy. They only had a few measly bar snacks and edamame soybeans. I was feeling good, until it came time to pay, when I realized my mistake. It was not a huge bill—just ¥3,000 or so—but I had just spent half my money on grapes.

I broke out the translation app and tried communicating with the staff. “Can I pay with WeChat?” My question was met with a shake of the head, while mention of Alipay elicited only bafflement. Neither of the two systems, giants in China, meant anything here. I mused that my smartphone might as well have been a brick.

Still it was useful for something. When I had scraped up something under ¥2,000 in cash to hand over, I negotiated: “This is an iPhone8, so you’d get at least a thousand yen for it. Please keep it as security while I get the rest of the money from my hotel.” This won a nod, but they were probably thinking they had never seen such a dubious customer.

Clutching a handful of ¥10,000 bills, I returned to the izakaya, where I continued drinking, hoping this might help compensate for my embarrassment. After that, I always carried a lot of cash with me and never used my smartphone for payment once in three months. And I learned something unexpected from my return to the age of cash—the lesson that I was no longer able to make simple monetary calculations.

During my stay, the members of the organization that invited me would contact me about visits and arrangements for tickets. They would advance me some money, and I would pay it back the next time we met. I was very touched by their consideration, and feeling that I needed to return the exact sum, I would prepare it beforehand each time. The first time, I had to pay ¥2,600, and I carefully put together ¥2,400 and handed it over, with a serious expression, “Thank you so much for your consideration.” “Not at all,” the reply came, “But it’s ¥200 short.”

I flushed bright red with embarrassment and the feeling I had let down my father who was a math teacher. I didn’t enjoy math, but I was always able to calculate sums involving money from an early age. When I was a child, and the vegetable sellers went by, my dad would go out and buy some tomatos, cucumbers, peppers, or whatever, and then give me 10 yuan and leave me to settle up. I never made a mistake. Who would have thought I’d have become so foolish at this age?

The second time, I had received a sum including advance payment for a lecture I was to give and my entry fee for a long-distance race. I had to give back ¥4,665, so with the change from lunch and dinner, I prepared the sum the day before. When we met, I handed it over, brimming with confidence. The recipient counted it and commented, “It’s too much,” returning a ¥10 coin. At least I had not prepared too little this time, but I had made every effort, counting and recounting, and I had still messed it up. It was a grave disappointment, like failing a retest at school.

Jangle as You Walk

The difference between paying by smartphone and with cash is not just about the payments themselves. It is about different lifestyles or even personal values.

I have long been used to paying with WeChat in China. When you make a purchase, the numbers change on the smartphone screen, and that is all. This is why my friends are always deploring how easily they get through money these days.

With money charged up on your smartphone, you never feel the same hesitation as you do when reaching for a wallet or purse. If it runs out, you can pay via a card, and if that money runs out, there’s always Alibaba’s online credit service.

How often do you count out your money now? A teacher in Chengdu, China, found that some students were unable to tell apart different banknotes. No doubt they had never used them and barely even set eyes on them.

Cash is more complicated than using a smartphone. Hands and head both play their part in a convenience store transaction. The bills come in multiples of thousands of yen, and often the prices are not in round numbers, so you have to work to combine the appropriate bills and coins to get to the total owed. If you do not, expect to jangle as you walk with all the loose change you receive in return.

A Rekindled Love for Coins

When I had just arrived in Japan, I could not be bothered to use coins, and I was always acquiring more each time I paid with paper money. But I gradually realized they could be very useful. Particularly in summer, they are good for getting a chilled drink in seconds from the vending machines dotted around the streets and stations. As I came to like them more, I was able to tell them apart just by touch. Bringing them out with a practiced hand, I felt the sales assistants appreciated receiving the exact amount. Being able to use coins seemed to me a barometer for how well I had adapted to living in Japan.

I became more careful with my money, sedulously limiting my expenditures. When it came time to pay, I would flick the beads of an imaginary abacus in my head. I no longer felt that it was old-fashioned or inconvenient not to be able to use a smartphone. I was accustomed to shopping in FamilyMart in both Tokyo and Chengdu, and I did not feel much difference in the time it took to pay by cash or phone.

After all, are you really so busy that you need to save three seconds each time you make a purchase? 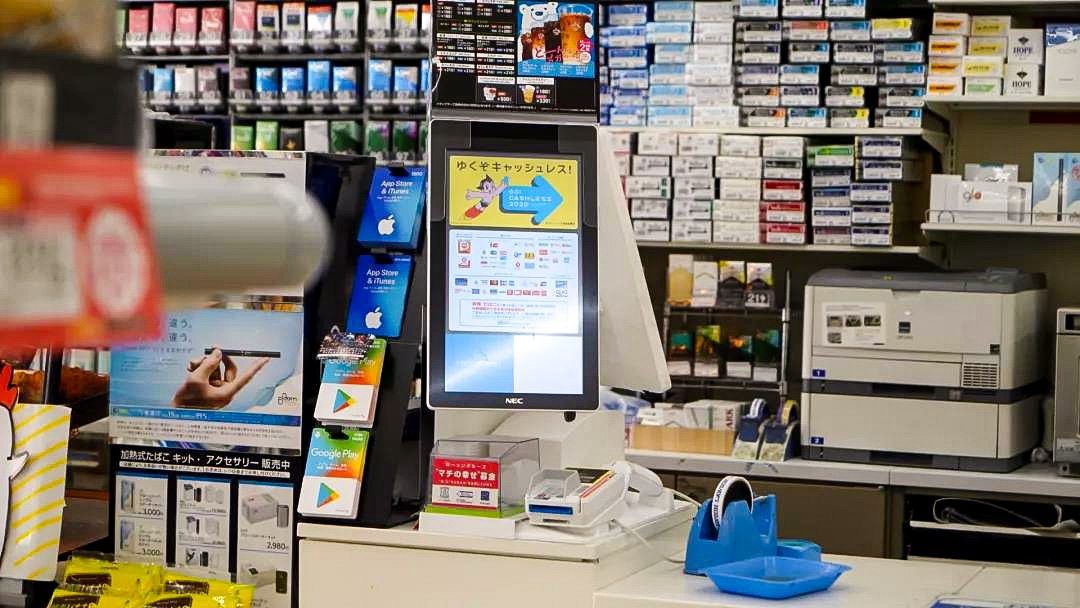 In Chengdu, I once passed about 20 days without carrying cash or a wallet. One day after lunch, I took a taxi to the office. The driver was a man, over 60 years old. When we got to the building where my company was, I took out my phone as usual, ready to pay the fare via a QR code. To my surprise, the driver burst out, his face burning with rage, “I wouldn’t have picked you up if I knew you didn’t have any cash. You should tell me that from the start! I hate phone payments.”

Not knowing what else to do, I quickly called a colleague, who I asked to bring 20 yuan in cash. This calmed the driver down a little. Then, I realized. He was not angry with me, but with a world where everyone wanted to pay by phone. “Have you ever thought about older people who don’t know how to use smartphones? Who was it that decided taxi drivers had to accept phone payments anyway?” This is what he seemed to be thinking.

There’s a tendency in China to look down on people who do not use their phone to pay as dinosaurs behind the times. It was Japan, though, that first developed the QR code, and this country has produced brilliant entrepreneurs like Son Masayoshi. But cash is still commonly used here. A friend of mine bought some land in Japan, paying with ¥30 million in ready money, and said that the elderly seller seemed to receive the cash with the satisfaction of someone whose future is secure. 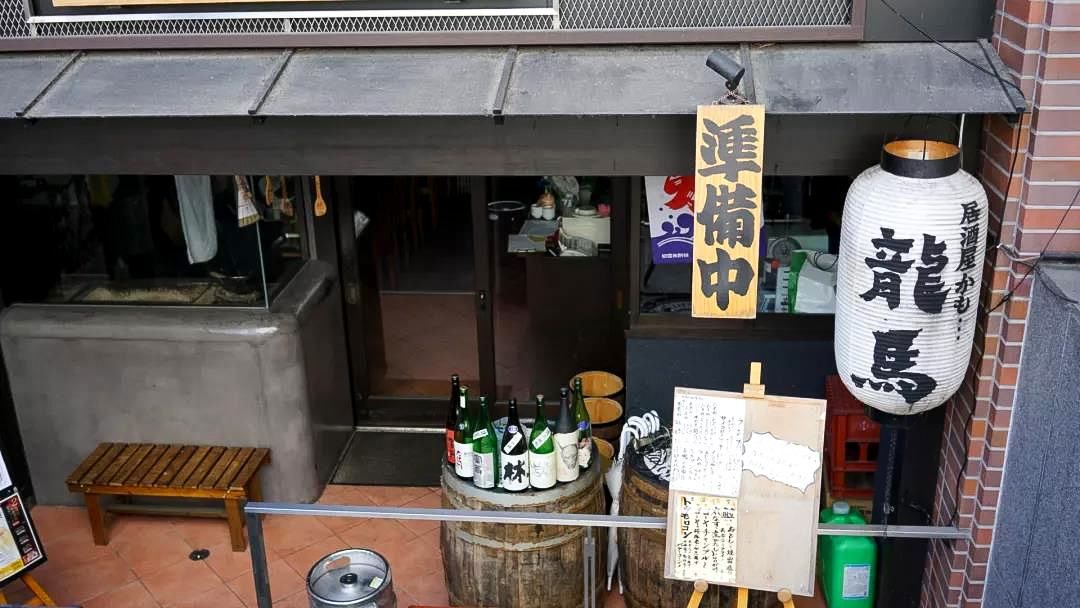 There are still many cash-only izakaya.

There are a number of reasons why mobile payment has not developed fully in Japan. No dominant firms like WeChat and Alipay have emerged, and people are concerned about their privacy, worrying that their consumption habits will be transformed into data to be tracked by corporations.

But I think there is a bigger reason. The progress of a society is not only measured in terms of its speed, the standards of its smart or rich people, or what is good for the young. It must also take account of the elderly and others who feel left behind, and consider their happiness.