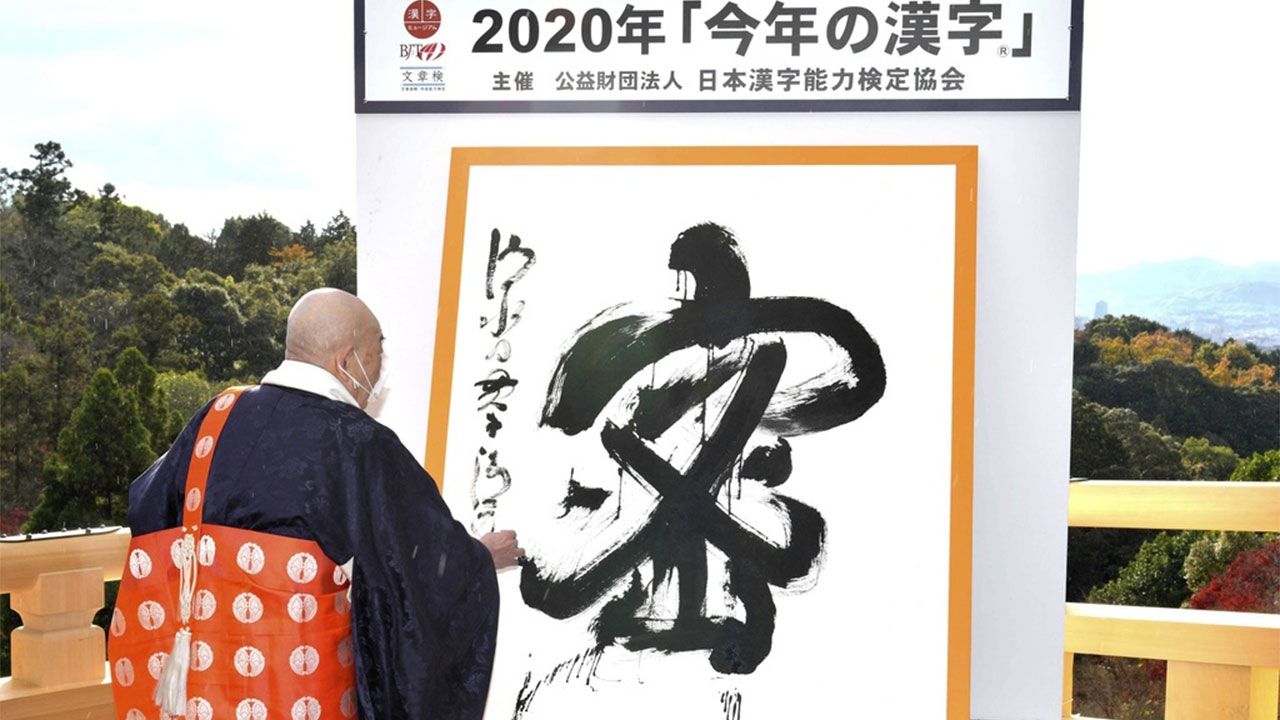 Culture Society Language Dec 14, 2020
The COVID-19 pandemic, unquestionably the biggest domestic and global news story this year, has also provided Japan with its Kanji of the Year for 2020: 密 (mitsu), meaning “density” in the context of the san mitsu, the “three Cs” to avoid in order to prevent infection from spreading.

The votes are in, and 2020’s winner has been chosen: 密 (mitsu), meaning “density/thickness” or “secrecy,” among other senses, is the Kanji of the Year for 2020. At a ceremony at Kyoto’s famed temple Kiyomizudera on December 14, the Japan Kanji Aptitude Testing Foundation unveiled the winning character with a massive calligraphic piece created by head priest Mori Seihan.

This is the twenty-sixth year for the contest, in which popular voting determines the single character that best defines the year coming to a close. As we entered 2020 many were expecting an Olympic-related character to top the list—past Olympic years have seen 金 (kin; “gold” for the color of the coveted medals) and 輪 (rin; the “rings” of the Olympic emblem) garner the most votes. But the COVID-19 pandemic took precedence, prompting kanji-choosers to cast 28,401 votes for mitsu, more than twice as many as for the runner-up, 禍 (ka; “calamity”), used most frequently this year in korona-ka, the “coronavirus disaster.” Kanji for illness (in third place), germs (eighth), and epidemic (tenth) also made the top ranks in the contest.

In comments explaining their choices, many voters pointed to the san mitsu, the “three Cs” to be avoided in pandemic times, as a main reason the character was at the top of their minds in 2020. But the kanji has a range of meanings beyond the “density” of the crowded places to stay away from. Some voters pointed to the “secrecy” meaning, with a nod to the 密会 (mikkai) celebrity extramarital trysts that made a splash in the gossip pages this year or the 密漁 (mitsuryō) poaching of fish by Chinese vessels intruding in Japanese waters. And a number of voters stressed that while physical proximity is something to avoid, relationships that are 緊密 (kinmitsu; tightly knit) are needed with other countries to beat this global threat and with friends and relatives who are often accessible only via remote connections nowadays.

Characters with more positive connotations also made an appearance in the top 10. The 2009 winner 新 (shin; new) came in fourth, being selected for its connection to the new lifestyles and ways of work we are experiencing this year, the appearance of a new prime minister, Suga Yoshihide, and the emergence of Fujii Sōta as a new force in the shōgi world, becoming the youngest ever player to hold two major titles. And the smash hit Kimetsu no yaiba (Demon Slayer) provided both 鬼 (ki) and 滅 (metsu), in ninth and seventh place, respectively. 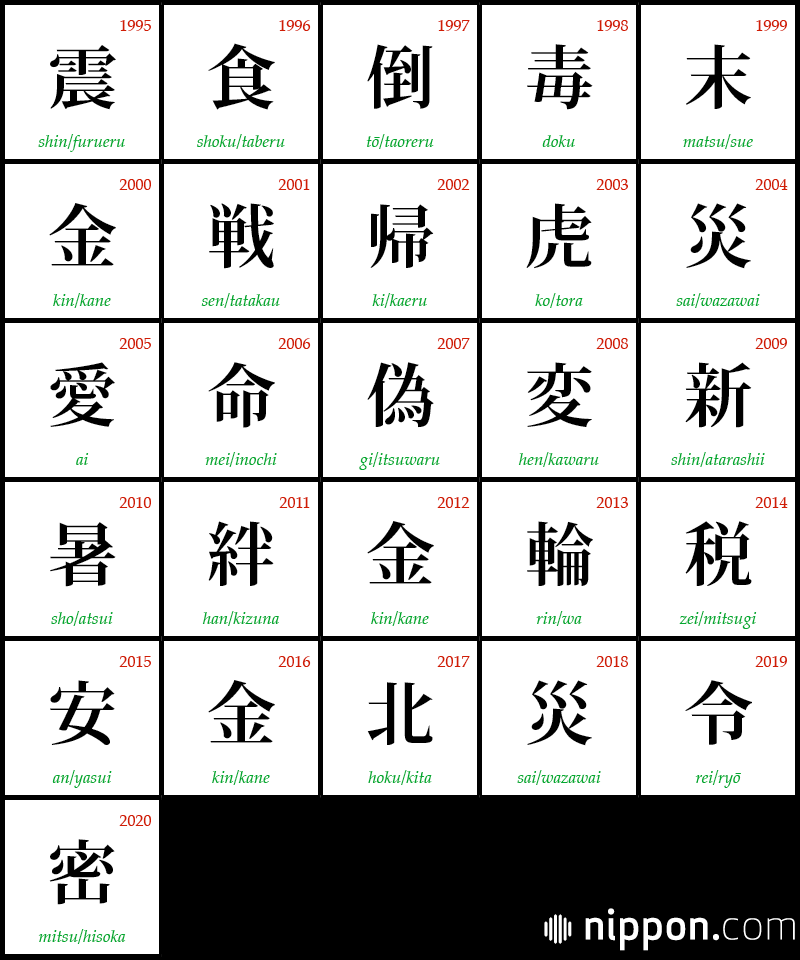