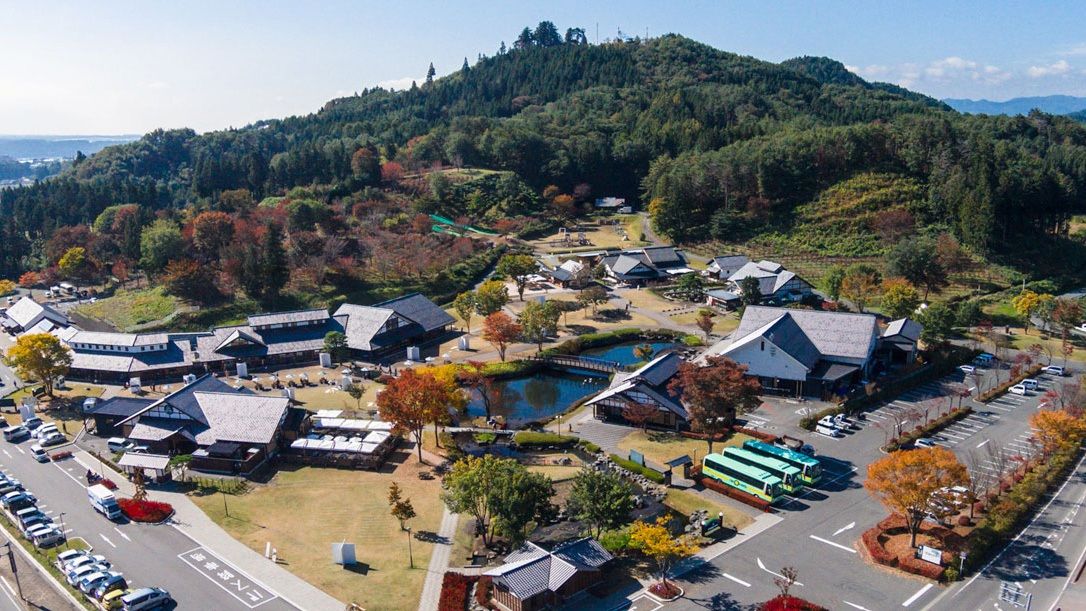 Society Sep 27, 2019
Michi no eki or "roadside stations" are rest areas that include shopping and community facilities. Since their inception in the early 1990s, they have evolved to meet the diversifying needs of tourists and local residents.

Japan launched its network of "roadside stations" known as michi no eki in 1993. Government-certified public facilities established chiefly by local authorities, they are intended to be self-sustaining and are run by municipalities, public-private entities, or private firms. The initiative started with 103 locations, but today there are over 1,150 stops around the country. In 2015 michi no eki attracted 210 million visitors and generated ¥210 billion in sales. The rest stops owe their success to the ingenuity and business acumen of operators who have transformed the facilities into lively hubs that benefit visitors and local residents alike.

Michi no eki typically offer free 24-hour parking, restrooms, and facilities where travelers can rest. Staff provide drivers with up-to-date information on road conditions and also promote regional products and local tourist spots. In this sense they are similar to expressway service areas. However, rather than focusing solely on motorists, they also serve the surrounding community, including offering local residents information on medical and administrative services and assisting during natural disasters by providing reports on road closures and relief services. 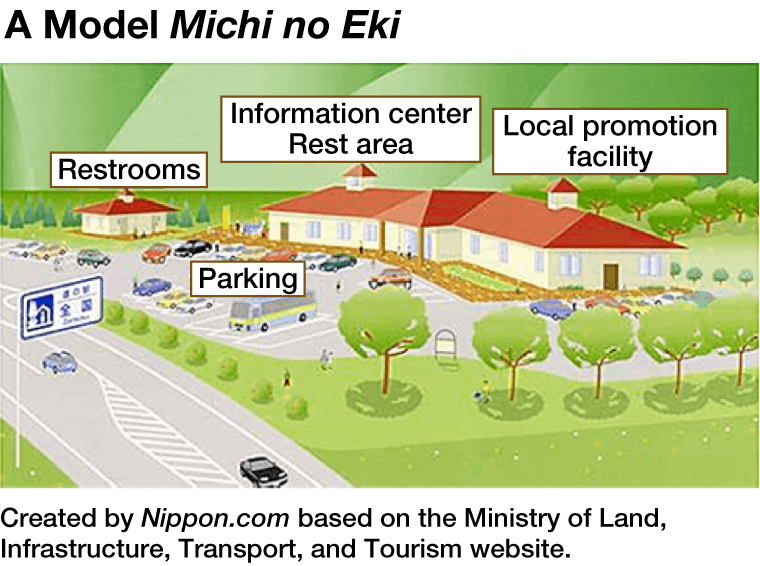 Popular features of these stations include markets offering regional goods like produce from nearby farms and restaurants serving dishes made with locally sourced ingredients. These amenities have been central to the michi no eki model starting with the first three rest stops opened on an experimental basis in Yamaguchi, Gifu, and Tochigi Prefectures. Locals and visitors flock to these shops to buy fresh fruits, vegetables, and seafood direct from producers. The facilities have proven so popular that many sites have expanded their floor space. One such location is the Tajima no Mahoroba station in Asago, Hyōgo Prefecture, which saw a threefold increase in sales after it doubled the size of its retail area. However, not all facilities have found success, and some are struggling to turn a profit.

Looking to bolster their bottom lines, organizations that manage michi no eki are increasingly investing in leisure services, including hotels and hot springs. In 2018, 82 rest stops offered overnight accommodations and 143 had hot spring spas. More facilities are moving in this direction as the number of visitors making michi no eki their base for exploring local attractions grows.

Michi no eki are convenient stop-offs for passing motorists to learn about what to do and see in an area as well as important community hubs for local residents. They are often located in rural areas with dwindling populations, and local authorities see them as vital resources for local revitalization. The central government shares this objective and has designated six facilities as models, publicized their achievements in the hope of inspiring others to aim for similar success.

One of these model facilities, Michi no Eki Tōno Kaze no Oka in Tōno, Iwate Prefecture, earned accolades as a disaster relief hub. The site served as a staging area and support center for officials and volunteers engaged in disaster relief and rebuilding assistance after the Great East Japan Earthquake in March 2011. It is equipped with satellite transmission facilities and other state-of-the-art disaster management functions. It also helps with post-quake recovery in other ways, including a newly built shop offering fresh seafood from the town of Ōfunato an hour down the coast. 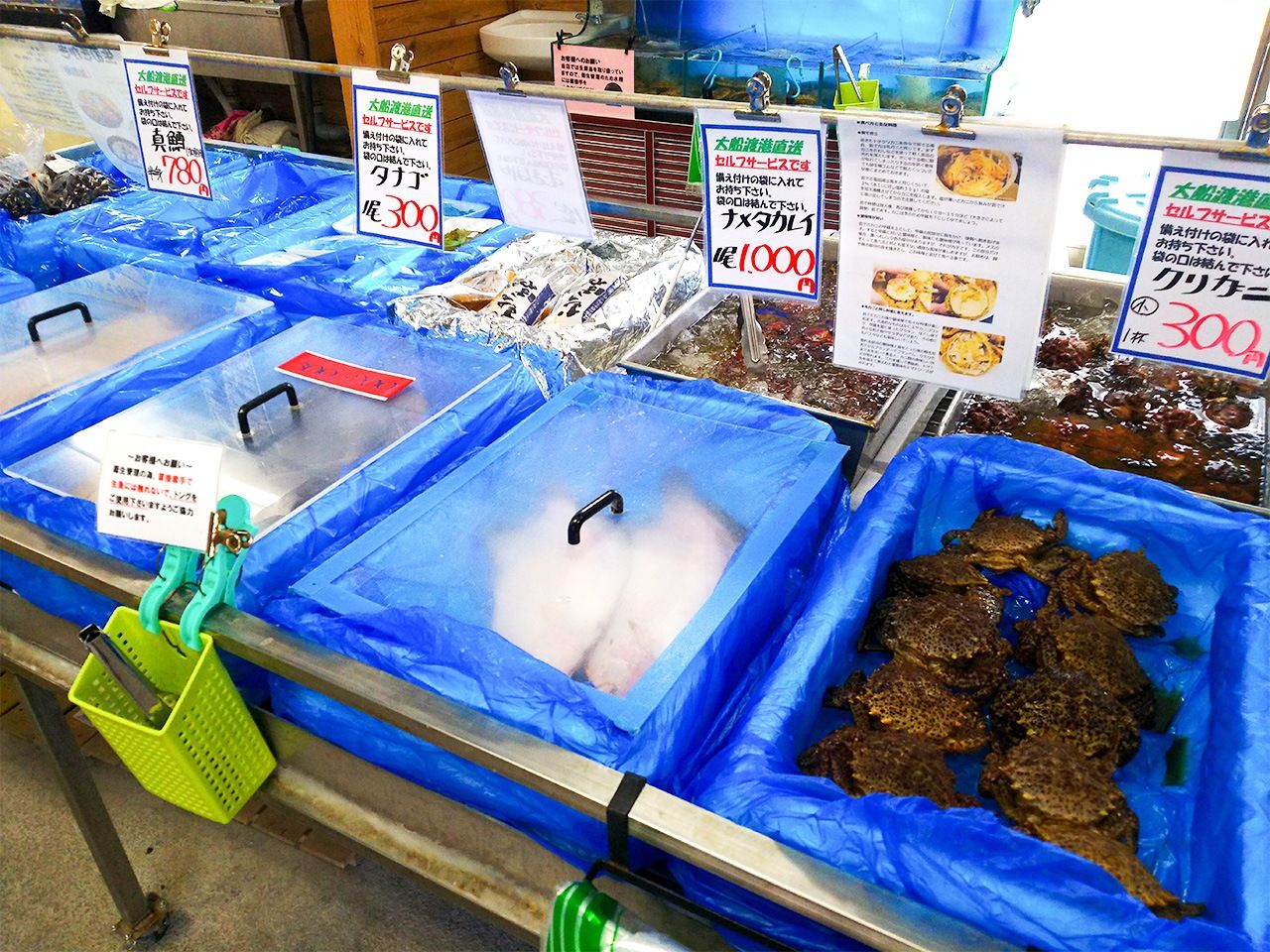 Locally caught seafood sold at the facility helps businesses affected by the disaster get back on their feet. (© Michi no Eki Tōno Kaze no Oka)

Another model station is Michi no Eki Motegi in Tochigi Prefecture. The operator of the facility has set up a processing plant that uses locally grown produce like Japanese citron, strawberries, and perilla in items that are then sold under the Motegi Tezukuri Kōbō brand. The undertaking is part of efforts by the central government to invigorate economies in farming communities by encouraging regional growers to tap into new markets with products that build on local assets.

Michi no Eki Kawaba Den’en Plaza in Kawaba, Gunma Prefecture, combines farming with tourism, including organized tours for visitors to experience farming firsthand and classes on how to prepare local cuisine. Residents are involved as guides or instructors, providing opportunities to interact with visitors. For a town with a population of only 3,700 people, the rest stop has been a rousing success, attracting 1.2 million visitors a year, 70% of whom are repeaters.

The government has recognized a number of michi no eki that are making strong efforts to address specific issue in their communities and is supporting these facilities in achieving their goals. In 2016 authorities chose six model sites under the theme of “resident services” and an additional seven in 2017 under the subject of “regional transportation.”

Michi no Eki Ryōkami Onsen Yakushi no Yu in Ogano, Saitama Prefecture, was one of the facilities selected in the resident services category. Nearly 75,000 people a year, both locals and visitors, use the hot springs bath there, which also functions as a community gathering space. The rest area houses a senior welfare center that each day provides adult day care for up to 20 elderly town residents—a bus stop makes it possible for seniors with no private means of transportation to access the center. A produce market stocked with fresh, locally grown fruits and vegetables benefit residents and is a source of pride and motivation for elderly farmers who supply goods. 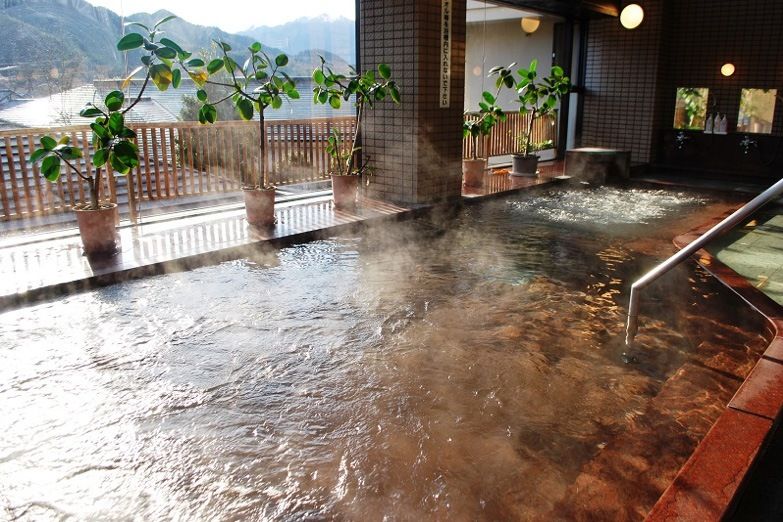 Another model facility, Michi no Eki Sakatani in Nichinan, Miyazaki Prefecture, uses the proceeds from sales of farm products to fund an association promoting local revitalization. The association carries out a variety of resident services, including delivering lunches to seniors, which helps in monitoring the wellness of older inhabitants, and transporting produce from local growers to the market at the rest area. 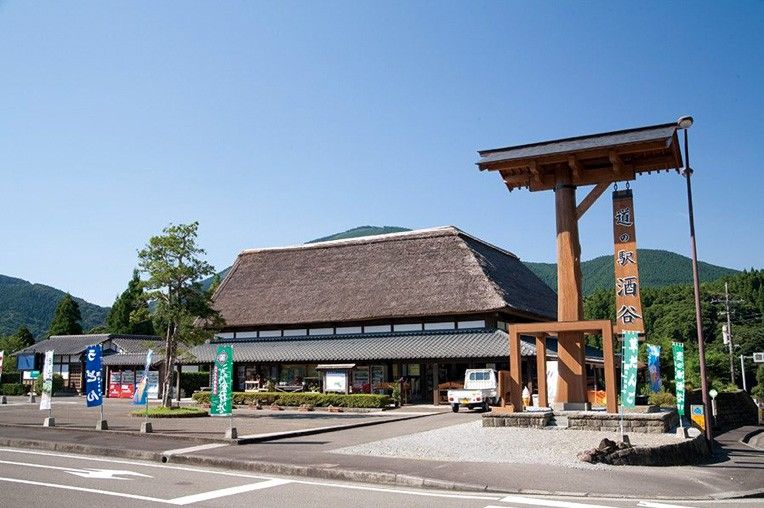 Michi no Eki Yoshinoji Kurotaki in Nara Prefecture was chosen in the regional transportation category for its function as a transportation hub for resident. Local residents traveling to medical clinics, high schools, and supermarkets outside the town can ride the community shuttle to the michi no eki and transfer to municipal buses to reach their destinations. The local authority provides free bus tickets to help residents who live in nearby areas not served by rail or bus. 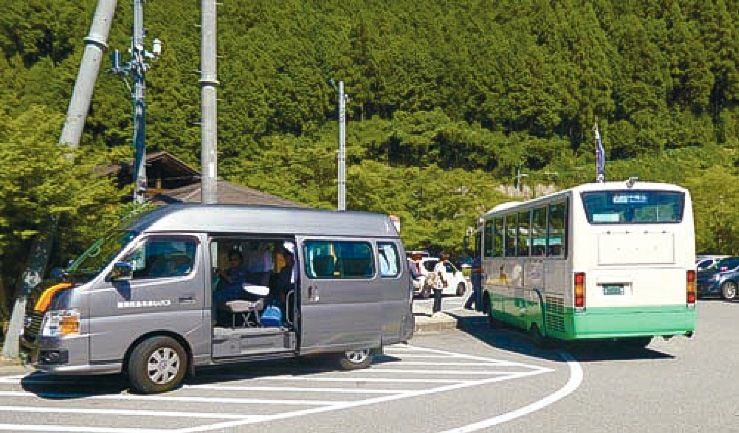 At Michi no Eki Jōbon no Sato in Ishinomaki, Miyagi Prefecture, local leaders started a residents’ council for bus operation after cuts in local bus services. The group operates bus routes that converge at the roadside station. The waiting room next to the bus stop is invariably filled with local seniors who take advantage of this ad hoc community meeting space to catch up on the latest news. 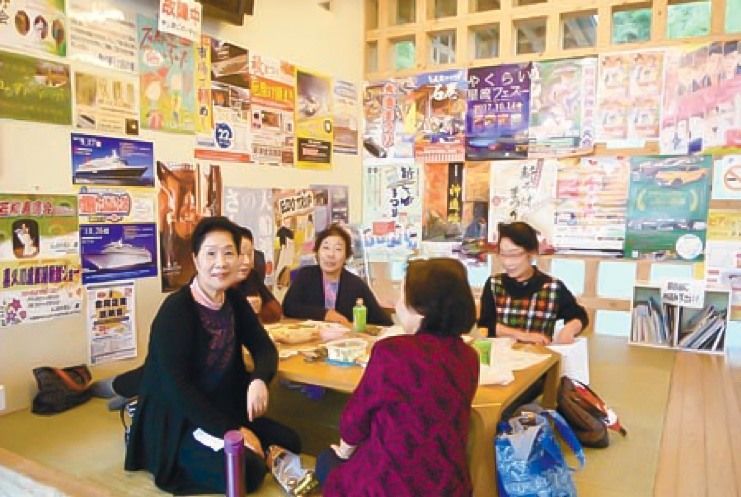 Seniors chatting in the waiting room at Michi no Eki Jōbon no Sato. (© NPO Hito to Michi Kenkyūkai)

During the Tokyo Olympic and Paralympic Games in 2020, foreign tourists to Japan can visit these stations to experience regional culture, hot spring baths, and local cuisine as well as to stay at accommodations. Anticipating an uptick in visitors from overseas, some facilities have even started cultural classes such as traditional Japanese papermaking. After a quarter-century, michi no eki have taken a central role in rural communities and are continuing to evolve in new directions.