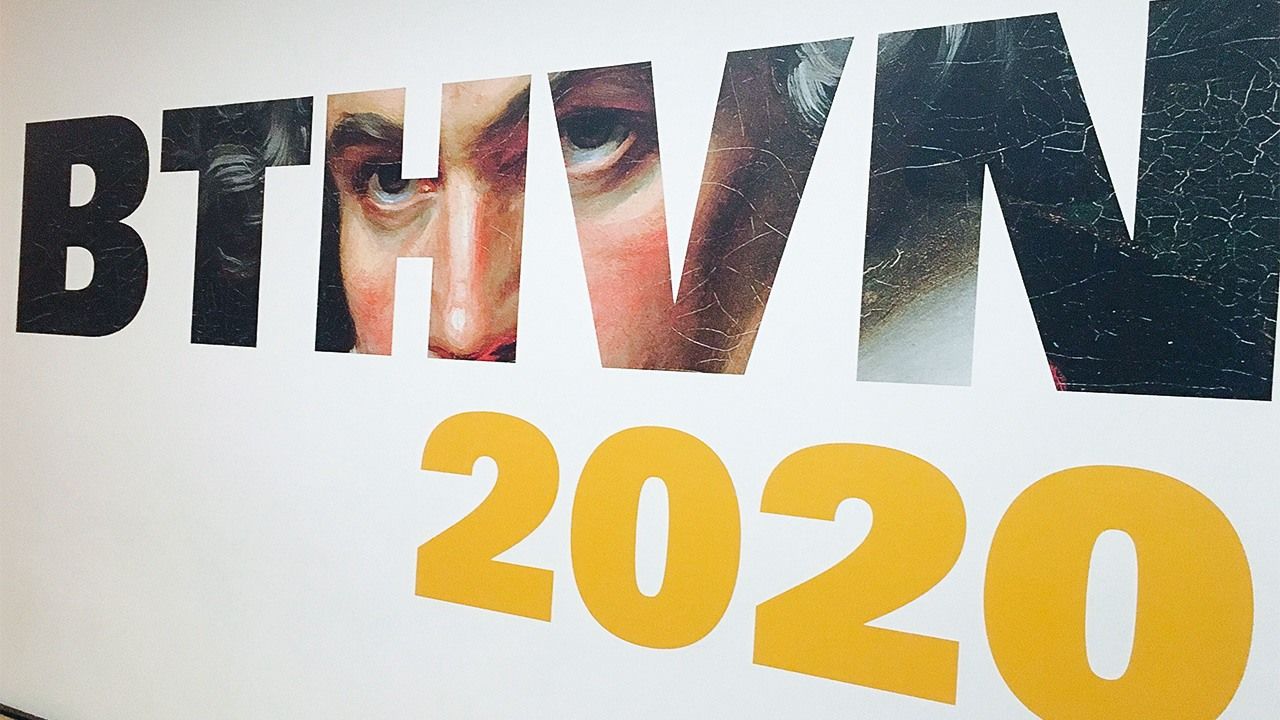 Music Society Economy Sep 4, 2020
Surely there is no country outside of Beethoven’s native Germany where he is adored as much as Japan, where year-end performances of his Symphony no. 9 have come to symbolize the season. This year, the 250th anniversary of Beethoven’s birth, plans were made to stage large-scale memorial concerts and other events across Japan to mark the occasion. But many of them had to be canceled due to the COVID-19 pandemic.

This year is the 250th anniversary of the birth of Ludwig van Beethoven (1770–1827). Beethoven performances and exhibitions were planned around the world for this momentous year, particularly in Bonn, his birthplace, and Vienna, where he lived from the age of 22 until his death. 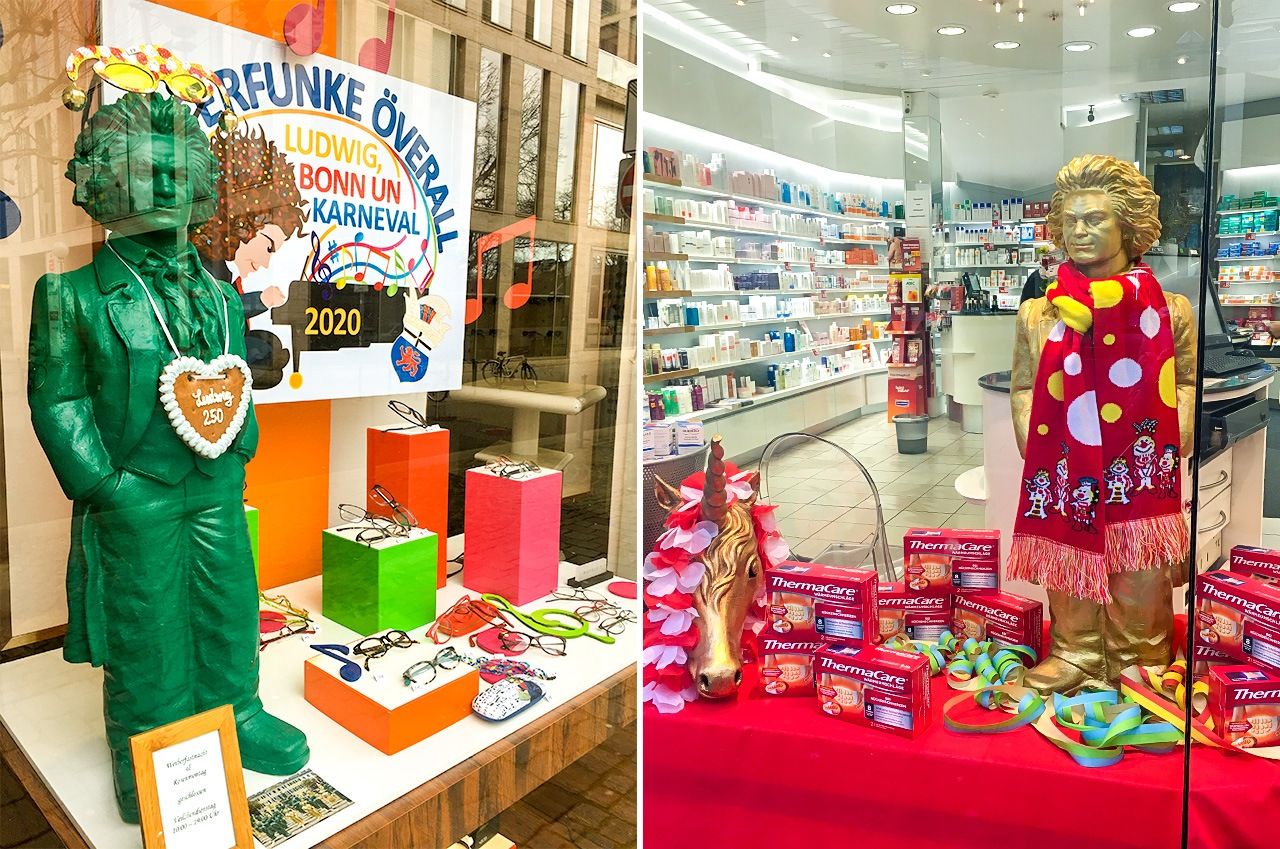 I visited Bonn in mid-February, when COVID-19 still seemed like an external issue for Germany. The “BTHVN 2020” logo was visible all over town, and rows of colorfully decorated Beethoven statues were installed for Carnival.

Celebrations were also planned in Japan. The Spring Festival in Tokyo, scheduled from March to April; La Folle Journée, scheduled for May; and Suntory Hall Chamber Music Garden, scheduled in June, were just some of the large-scale music events programed to feature the works of Beethoven. There were also individual performances scheduled to coincide with the anniversary—a total of over 100 across Japan.

The director of the Beethovenkreis Japan, composer and pianist Nodaira Ichirō, was also disappointed. This group planned to organize and support unique events to mark this special year.

Performances of Beethoven have long been held in Japan. During the Meiji era (1868–1912), when Japan first fully embraced Western music, the government actively promoted German culture. Thereafter, the political liberalism of the Taishō era (1912–26) became associated with Beethoven. He captured the hearts of Japanese people, and came to become celebrated as a true musical master.

Today, Beethoven’s popularity in Japan remains steadfast. In the annual survey conducted by Japanese music journal Ongaku no tomo of its readers’ favorite composers, Beethoven has been ranked number one almost every year for 39 years. (The only exception was when Mozart was ranked first in 2006, the 250th anniversary of his birth.)

Performances of Beethoven’s Symphony no. 9, a year-end theme song in Japan, deserves special mention. According to the concert guide put out by the publisher Ongaku no Tomo, the Ninth was performed 112 times in Japan last December, by professional and amateur groups. This astonishing statistic proves the special significance of the symphony in the Japanese mind.

Why is Beethoven so popular with Japanese people?

Nodaira suggests it is because his music is “so accessible.” “Beethoven’s music speaks directly to the heart. I believe it has immense power.”

Ongaku no tomo editorial chief Arai Kōta suggests the reasons for Beethoven’s popularity include his many pieces in a variety of styles, and melodies that linger in your mind.

The great composer, whose stern stare strikes fear into the hearts of students in the elementary school music room, continues to enrich the lives of people in countries far away, where he was unknown during his lifetime.

But the COVID-19 pandemic struck a fatal blow to the 250th birthday celebrations. Virtually all performances scheduled from March through early summer were canceled. 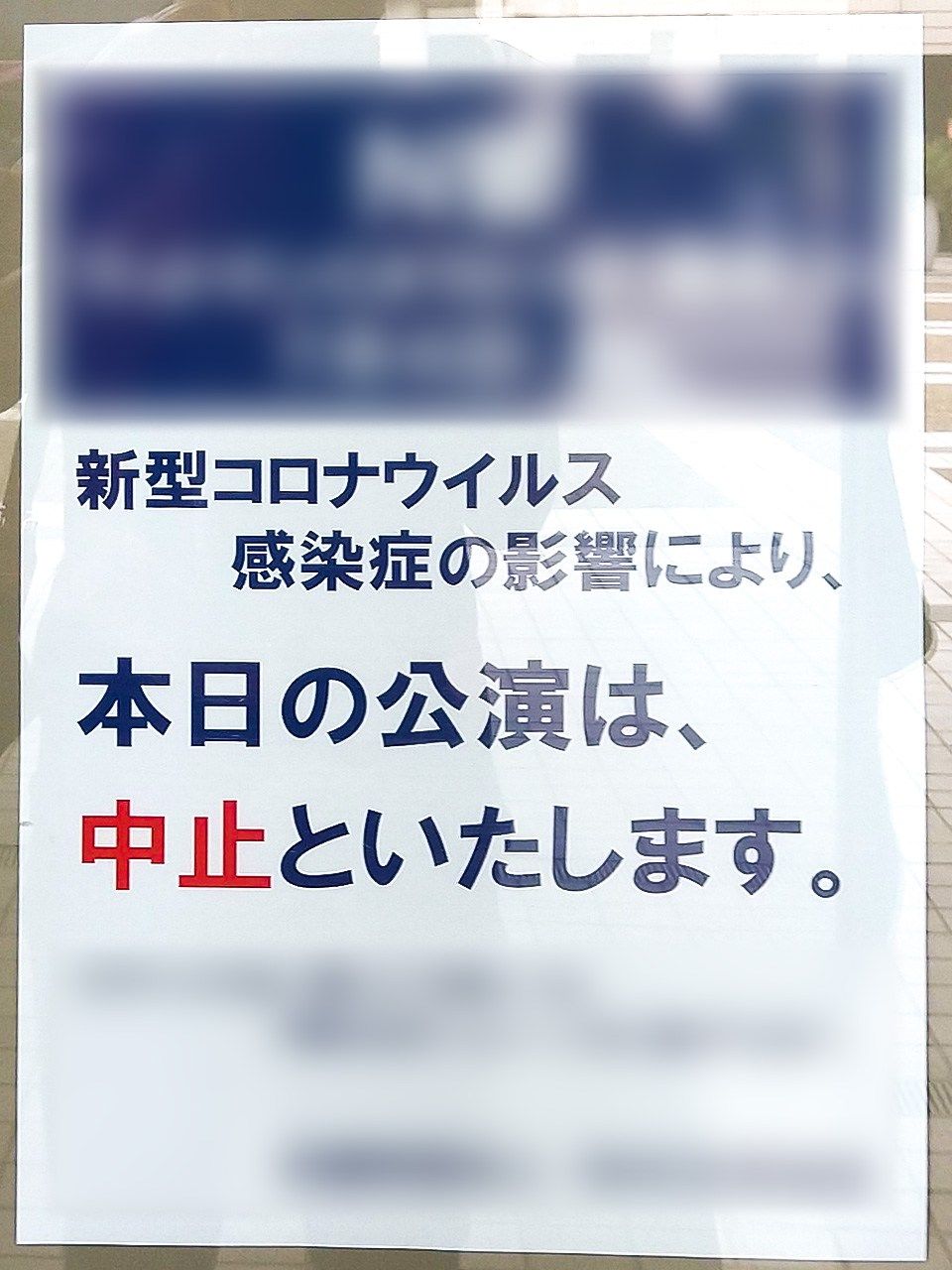 Many classical music concerts were canceled or postponed due to the COVID-19 pandemic.

Suntory Hall in Tokyo’s Akasaka district, Japan’s most prestigious classical music venue, has been closed for months out of consideration for the health and safety of audience members, performers, staff, and other related parties. It is not hard to imagine the enormous shock that these cancellations have had on performers, who had worked so hard in preparation, and on fans, who had looked forward to the performances.

But the impact runs deeper. Suntory Hall employs around 300 staff who work each day to facilitate performances. A representative lamented that, should the situation be prolonged, it would cause damage to the entire music industry going well beyond the number of cancelled concerts.

While the financial costs cannot be ignored, there will also be substantial losses from the perspective of music itself. One Japanese orchestra member expressed concerns about the risks of isolation for Japan’s performing environment. Recent years have brought dramatic change to the style of Beethoven performances, but keeping abreast of the latest trends requires interaction with artists from around the world. Current immigration restrictions have led to the cancellation of visits to Japan by foreign orchestras, as well as impairing efforts to invite conductors.

New Initiatives in the Age of COVID-19

Despite the setbacks, efforts have begun to ensure the survival of musical activities. These include online broadcasts of performances.

In June, Suntory Hall arranged for paid live streaming of seven concerts as the first step to a full-scale relaunch of operations. They received much encouragement and support from both musicians and others in the music industry.

The opening performance opened with a Beethoven sonata, and the final concert wrapped up with an arrangement of six of his chamber pieces. Although the original program was shortened, Nodaira is satisfied that they were able to pay tribute to Beethoven to mark the occasion of this special anniversary.

Live streaming of concerts, unimaginable in the time of Beethoven, may become common practice moving forward. 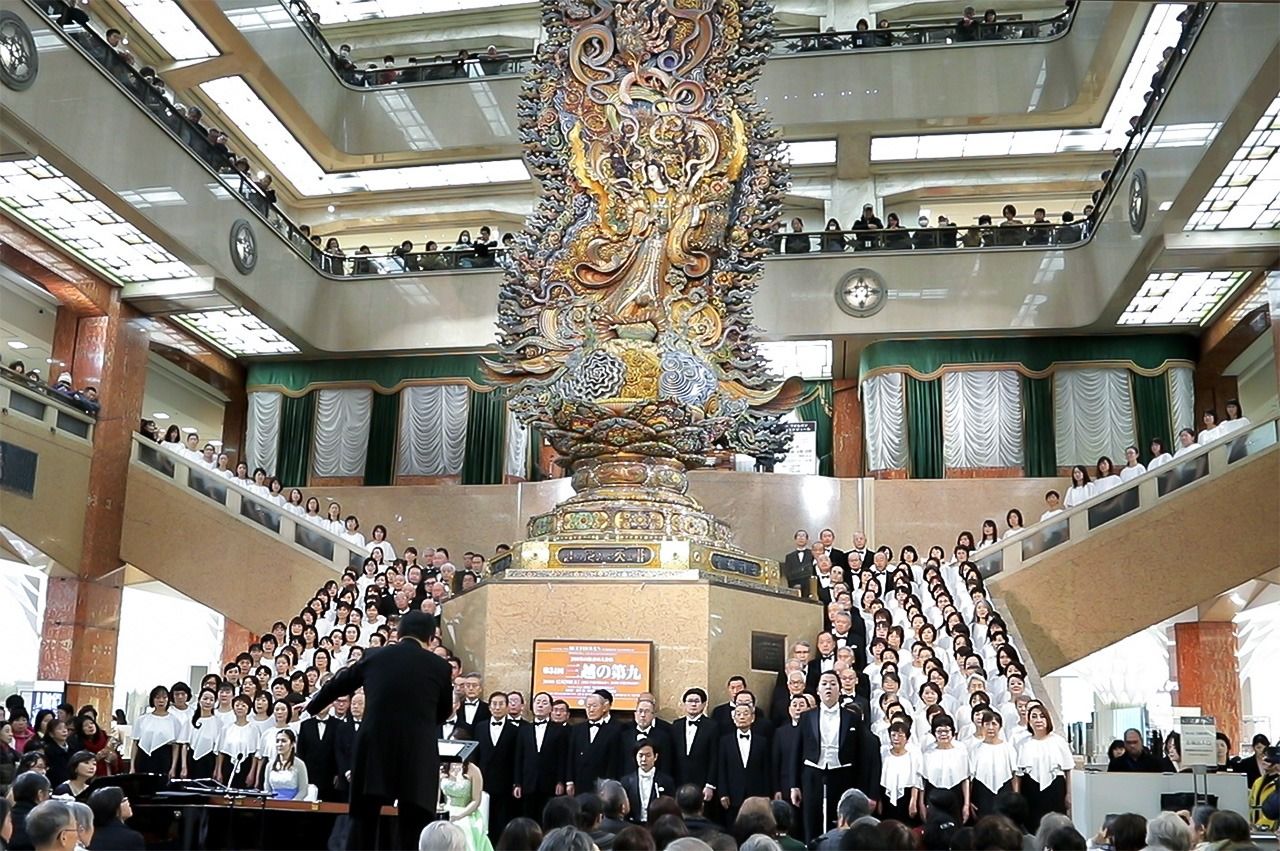 A choral recital of the Ninth Symphony held at Mitsukoshi Department Store (Nihonbashi, Tokyo) in December 2018. Will we be able to attend year-end performances of the Ninth this year? (© Jiji)

Plans for the re-introduction of actual live concerts are gradually coming together. The Japan Association of Classical Music Presenters has published guidelines, and Suntory Hall and other venues are investigating reopening under their own individual policies.

Orchestral performances surely face the greatest challenges. Unlike with solo piano recitals or small chamber groups, organizers need to address social distancing not only in the audience, but also on stage. But is it even possible?

The Frankfurt Orchestra successfully performed Beethoven’s Violin Concerto for live streaming in May. In mid-June, the Tokyo Philharmonic Orchestra paved the way toward remote concerts in Japan with a similar online performance.

Viewers who had eagerly awaited the return of live music expressed their appreciation, while orchestra members were surprised at the extent of the accommodations made for them. Nodaira believes that new performance standards, requiring group members to sit apart, will inevitably have a major impact on orchestras.

Particularly in the case of Beethoven’s Ninth, it is difficult to maintain social distance between the orchestra and the choir—a normal performance would be nearly impossible. In the town where I live, each year, members of the public are recruited to join professional musicians for a December performance of the Ninth, but it has been canceled for 2020.

According to Nodaira, Beethoven’s last symphony has helped to reinforce solidarity among people. Matching the powerful lyrics of Friedrich Schiller to orchestral music was a first in musical history. But in the present circumstances, it would be difficult to hold a full performance. He notes the irony in COVID-19 thwarting people coming together.

The future is also up in the air. But those in the music world are united in the belief that the progress of music, or indeed of culture, must not be stopped. What is the message in Beethoven’s music for us in the current circumstances?

Schiller’s “Ode to Joy,” the poem providing the lyrics to the symphony’s fourth movement, contains the stanza: “Thy magic binds again what custom strictly divided.” We hope that the day when we can sing these lyrics together will come again soon.

(Originally published in Japanese. Banner photo: A BTHVN 2020 sign displayed at the entrance to the Chamber Music Hall at Beethoven Haus in Bonn. © Koshikakezawa Mai.) 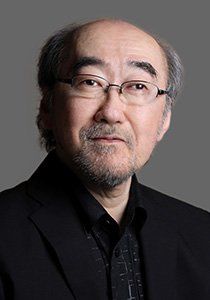 Born 1953. After completing postgraduate studies at the Tokyo University of the Arts, he studied at the Paris Conservatoire. He has performed in orchestras and solo both in Japan and abroad, playing with many famous international artists, while also being active as a chamber musician. In recent years he has played concertos unconducted, debuted his own compositions, and directed performances. He has composed over 100 works, commissioned by the French Ministry of Culture, Institute for Research and Coordination in Acoustics/Music, and major orchestras around the world. He has received awards including the Nakajima Kenzō Ongakushō, the Minister of Education Encouragement Prize for New Artists, the Kyoto Prize, the Suntory Music Prize, the Minister of Education’s Art Encouragement Prize, the Otaka Prize, the Japan Art Academy Prize, and the purple ribbon from the Japanese government. He is artistic director of the AOI concert hall in Shizuoka City and professor at Tokyo University of the Arts (Composition Department). In addition, he is head of Société Fauré du Japon, and board of directors’ representative for the Japan Beethoven Kreis. He is a jury member for the piano section of the Sendai International Music Competition, to be held in 2022.