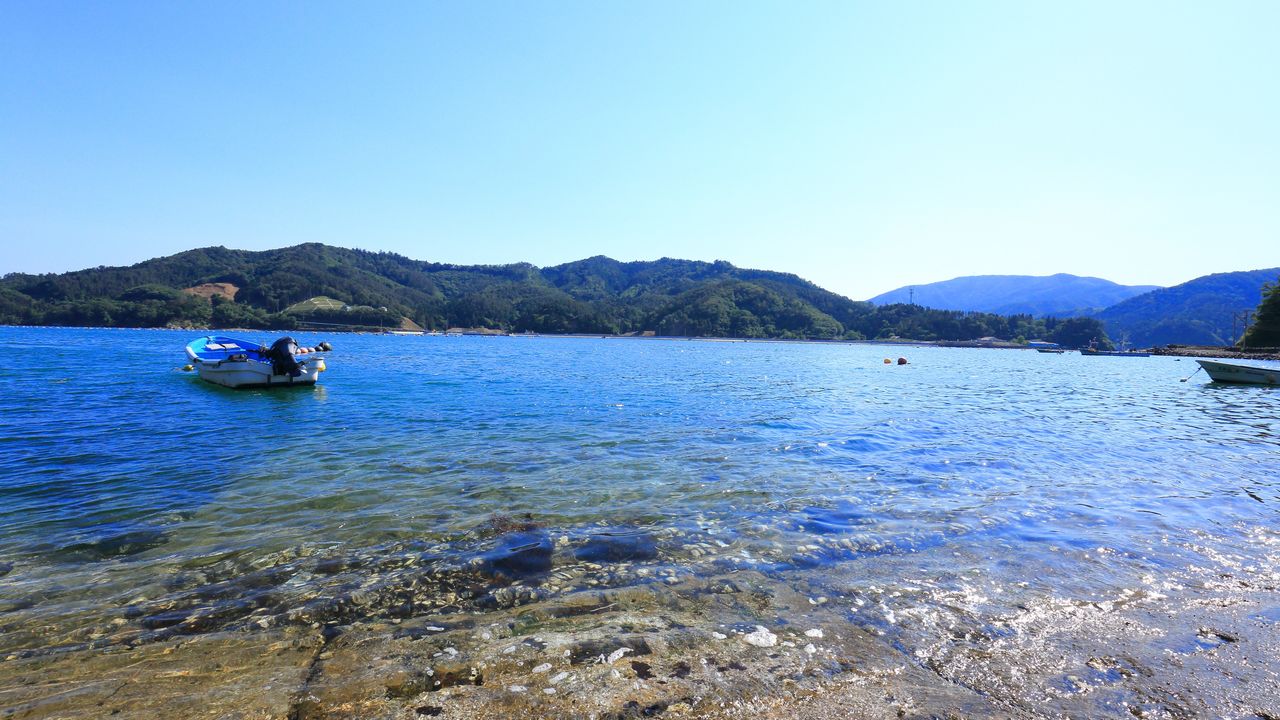 Disaster History Society Feb 18, 2021
We are approaching the tenth anniversary of the Tōhoku earthquake and tsunami. Fujiwara Sakuya, a journalist and former deputy governor of the Bank of Japan, takes the opportunity to share his feelings for the region where he grew up.

This New Year has been an emotional one for me, not only because of the sentimental significance of having seen in my seventh year of the ox, but also because this year marks 10 years from the Great East Japan Earthquake and tsunami. The emotion was compounded by the fact that I greeted the New Year amid a global pandemic.

At 2:46 pm on March 11, 10 years ago, I was writing an essay in the study of my Yokohama home, when sudden vibration caused windows to creak, books to fall from their shelves, and chairs to topple over. When I went outside, both pedestrian and vehicle traffic was in a state of chaos. The TV news was reporting a magnitude 7 earthquake (later upgraded to an immense magnitude 9 temblor) off the coast of the Oshika Peninsula.

I was born in Sendai, Miyagi, in 1937. I spent my formative years in Iwate and Akita, and after World War II broke out, my family went to North Korea, before traveling to the furthest recesses of Manchuria and Mongolia. My father was a field researcher in linguistics and anthropology. When, on August 9, 1945, Soviet tanks launched a surprise offensive on Manchurian border towns (now part of Inner Mongolia) in violation of international treaties, my family fled to the South Manchurian harbor city of Andong, where we lived as refugees for around 18 months. I learned later that we were among a handful of Japanese nationals who escaped massacre at the hands of the Soviet Tank Corps, and only by a matter of hours. This revelation brought home to me the horror of war.

I would grow up to become a journalist, residing for long periods in the United States and Canada as a foreign correspondent. Later in my career, I often travelled to Asia and Europe. My time overseas led me to believe that my homeland of Japan was a fated place, whose history and geopolitics was marked by more than its fair share of major earthquakes, volcanic eruptions, tsunamis, and other natural disasters.

Anyone who has studied Japan’s modern history will notice how society has undergone drastic transformation every 40 years or so, as evidenced by the Meiji Restoration, the Sino-Japanese and Russo-Japanese wars, and Japan’s territorial expansion into Asia and World War II. Academic discourse on the theory of social systems is dominated by the waves and cycles postulated by Nikolai Kondratieff, Joseph Schumpeter, and George Modelski, with war, disease, and technological advances being the main factors that precipitate change. As someone who was born in Tōhoku, however, I can’t help but feel that in Japan’s case, major earthquakes and other natural disasters must also be an essential factor in this wave theory.

After a stint working for the Jiji Press, I spent time in finance, at the Bank of Japan; at a think tank, the Hitachi Research Institute; and even in the energy sector, at the Tōhoku Electric Power Company. I found it particularly moving to live through the 2011 earthquake and tsunami that devastated Tōhoku, where I had been stationed during my time on the board of Tōhoku Electric. In Tōhoku, the meltdown at the Tokyo Electric Power Company’s Fukushima Daiichi Nuclear Power Station caused attention to be focused on the future role of nuclear power as a major issue for Japan’s society and economy.

At the end of last year, the government gave its stamp of approval to the continued operation of Tōhoku Electric’s Onagawa nuclear power plant, with the governor of Miyagi also giving his consent to the restarting of the plant’s reactors. However, questions remain over the future of nuclear power after the Osaka District Court later annulled the government’s approval of the restarting of the Kansai Electric Power Company’s Ōi reactor in Fukui, citing failings in the vetting process.

When visiting the Onagawa plant, I would often stand on the top of a hill on the Oshika Peninsula that commands a view of the island of Kinkasan and look down at Tsukinoura, the port from which Date Masamune’s Keichō Embassy set off for Europe in 1613. Tsukinoura had been built anew by Masamune following the devastation of its inlet in the 1611 Keichō Sanriku earthquake, making it a symbol of rebirth from destruction. While expedition leader Hasekura Tsunenaga made it back to Japan, Date Masamune’s plan to form a union with European Christian nations was unsuccessful. Gazing down at the reproduction of the Sant Juan Bautista anchored in Tsukinoura Harbor, I contemplated the historical relationship between such major endeavors and natural disasters. At the time, I was also retained an advisor by the Kahoku Shinpō newspaper. Immediately after the 2011 disaster, the Kahoku established a Tōhoku reconstruction committee that toured areas affected by the disaster and invited experts to debate the area’s rebuilding strategy. This culminated in the committee releasing a set of recommendations six months later.

While touring Tōhoku in the aftermath of the tsunami, I heard many tragic stories, including that of the martyrdom of a female employee at the Minami-Sanriku town office who used a megaphone to alert residents to the disaster from the top floor of the building she was in, and the tragedy of Ōkawa Junior High School, at which over half of the students died while waiting to be evacuated.

I toured tsunami-hit areas again with the Shiki Theatre Company after one of my books was turned into a musical. The musical the Shiki troupe performed in Tōhoku was Miura Tetsuo’s Yuta and Enchanting Friends, the tale of a delicate young boy named Yuta who is evacuated to Aomori from Tokyo. In Aomori, it is the friendship and encouragement of Yuta’s “friends” that give him strength and confidence, said friends being zashiki-warashi, the spirits of unborn babies lost during the great famine that followed a series of earthquakes and freezing weather in the Edo period.

Tōhoku’s history has been marked by a string of tragedies, ever since an expedition led by Sakanoue no Tamuramaro attacked the Ainu chief Aterui in 789. There was the persecution of the local Jōmon population by the Court of Yamato in the Former Nine Years’ War (1051–63) and the Later Three Years’ War (1083–87), and the 1189 defeat of the Fujiwara clan at Hiraizumi at the hands of the Kamakura Shogunate as punishment for protecting Minamoto no Yoshitsune. In the late 1800s, the allied domains of the Tōhoku region were banished to Hakodate’s Goryōkaku by the joint Satsuma/Chōshū government under the Imperial standard. Tōhoku’s tragic history continued until the early 1900s.

My aim in this article is not to air some grudge against the Japanese idealization of transience in such disaster-themed classics as the Hōjōki (trans. An Account of My Hut) by Kamo no Chōmei. Rather, as a journalist I know that to write something, in other words to leave a record, is to connect the regrets of the past to the hopes of the future. This desire is also what drove me to write a nonfiction account of my childhood experiences of the war, and Fragrant Orchid, my biography of Yamaguchi Yoshiko (Li Xianglan), a China-born actress who was torn between the country of her birth and the land of the enemy—between war and peace. I have a responsibility as a journalist to create a record of people’s experiences of war, natural disaster, and disease for future generations. These musings are an exercise to that end.