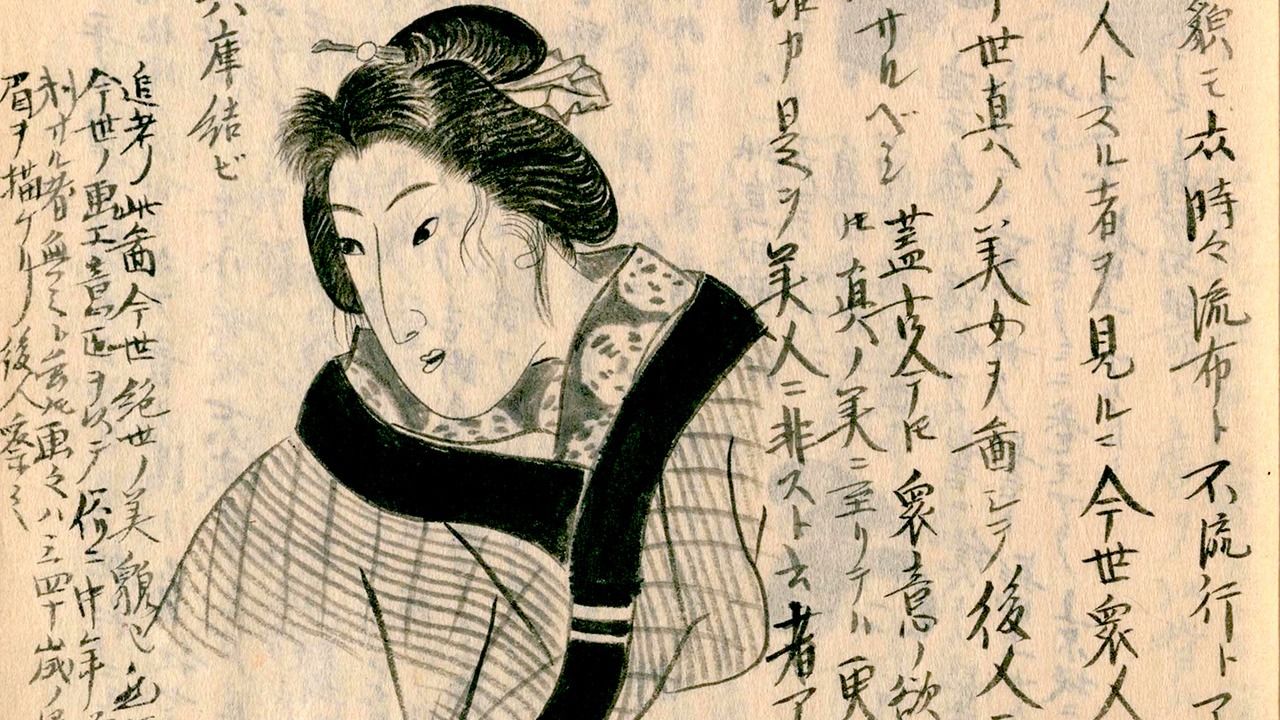 History Culture Society Art Nov 22, 2021
The many sketches made by Kitagawa Morisada of city life in nineteenth-century Japan include a number of pictures of the women of Edo (now Tokyo).

Kitagawa Morisada, a prolific chronicler and sketcher of scenes from nineteenth-century Japan, seems to have taken inspiration from ukiyo-e art. His pen name Kitagawa (喜田川) has the same pronunciation as the surname (北川) he took on being adopted into a sugar merchant family, but his choice of kanji may also hint at the similarly written surname (喜多川) of the great ukiyo-e artist Kitagawa Utamaro.

One senses his admiration for artists or even a desire to be one. However, with his time taken up by business, he had to give up such dreams, instead throwing himself into writing and sketching in any spare moments he could find. It is easy to imagine this kind of story.

The pictures below also show the ukiyo-e influence. Although Morisada’s own sketch is not in color, the inspiration he takes is clear. 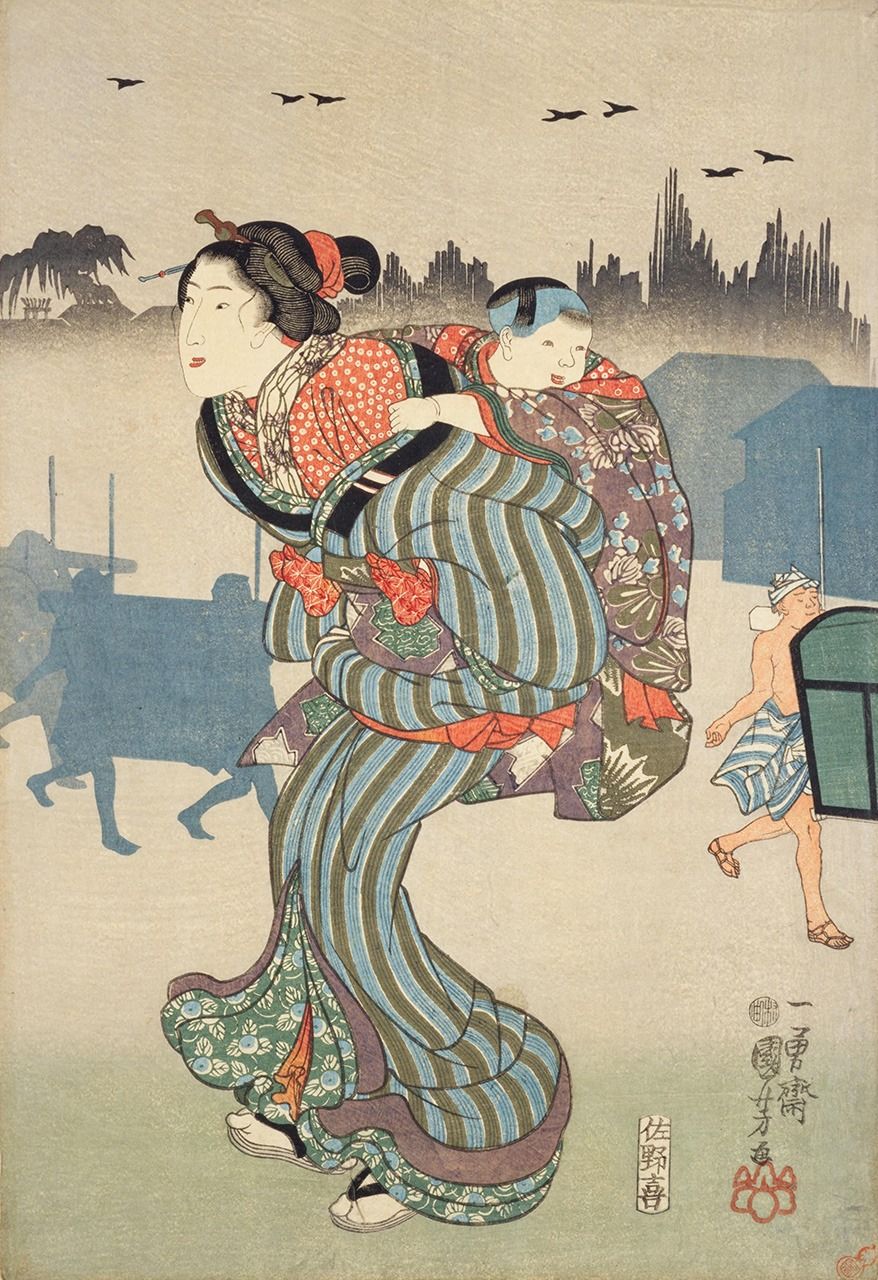 Komagata no asagiri (Morning Mist at Komagata) by Utagawa Kuniyoshi (1847). 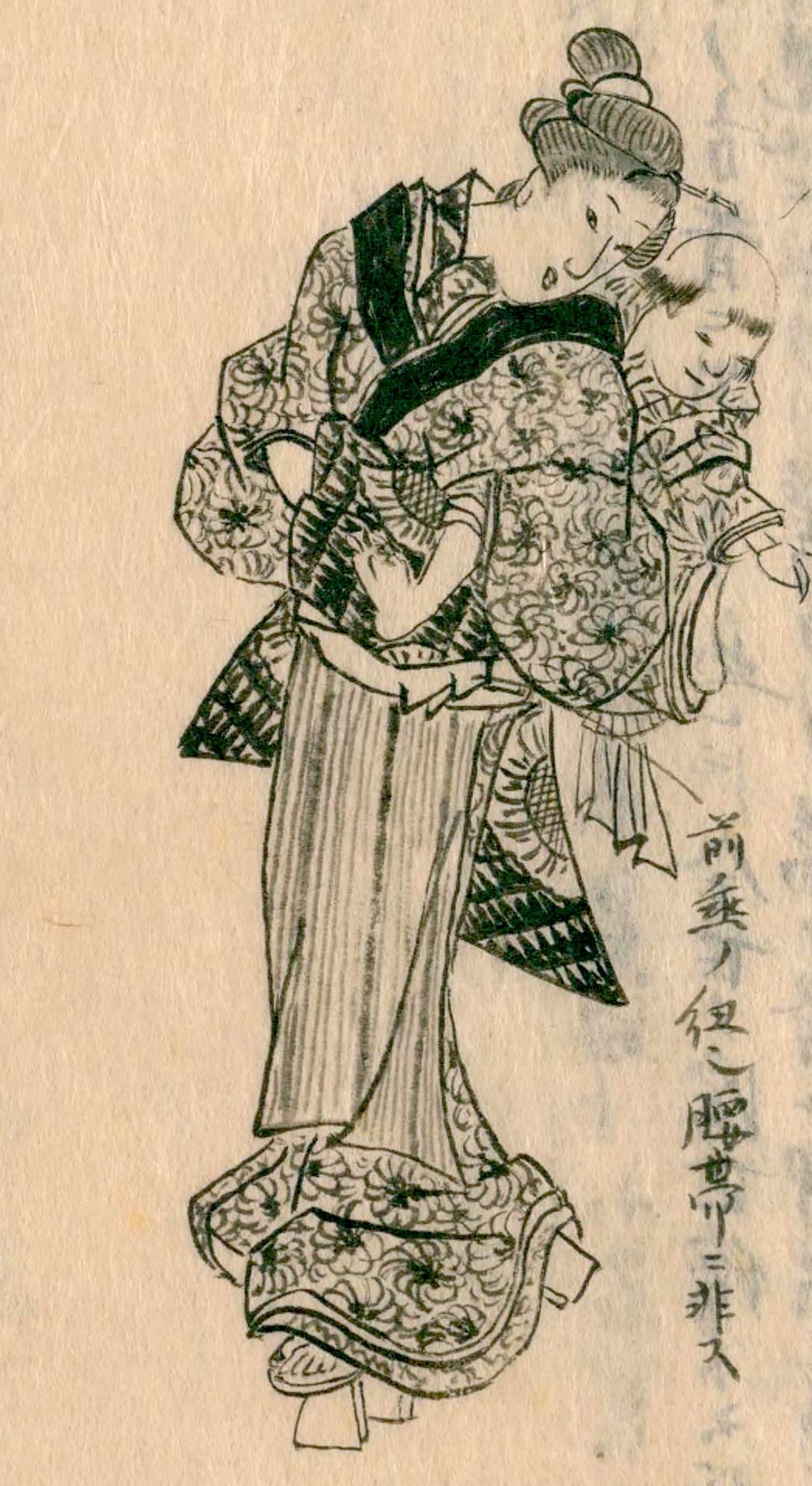 At the time Morisada was writing, around the mid-nineteenth century, beautiful women were called ada na onna, the word ada carrying overtones of a sensual, seductive appeal. He notes that the word could be applied to women of all classes, as long as they were not vulgar.

Incidentally, my grandmother was born in the early twentieth century and grew up in Mukōjima, Tokyo. When I was small, and we walked around that neighborhood together, we often passed women in traditional Japanese clothing. I remember my grandmother whispering, “Ada da ne.” Now I know that she was commenting on their sensual appearance.

The Women of Edo

Morisada seems to have been particularly drawn to the ada na onna in Edo, and he made many sketches of them. Notably, there are numerous pictures of ordinary chōnin (townspeople) women.

The young woman is wearing a kimono with a black satin obi, the lining of which is purple silk crepe. These reversible belts were apparently known as kujira (whale) obi in Edo, as like the whale’s skin and meat, both sides could be used. This was a standard item of clothing for young women in Morisada’s time.

Meanwhile, the older woman is wearing a kimono made of cotton or meisen (fabric woven using thread spun from silk floss). Over this, she has put on a silk crepe hanten (short coat), which Morisada explains is because she would not be wearing underwear, even in winter.

The woman in the picture has a man’s obi; Morisada notes that this is rare. Women who struggled to balance the household books might borrow their husband’s belts. The sketch conveys a sense of frugality.

In the home, women might wear an old kimono made of cotton or tama tsumugi (pongee woven from dupion silk), but Morisada writes that they would get changed to go out into the neighborhood or to a local sentō (bathhouse). This is the equivalent in today’s terms of relaxing at home in a worn-out sweatsuit, but putting on some jeans and a T-shirt to take out the trash. Although these Edo women had little money to spare, they took care over their appearance.

One does wonder how Morisada was able to create such intimate sketches of Edo women’s lives. His base for home and work was Osaka, where he worked as a sugar merchant. He never writes about his family, but it seems likely that he had a wife and children. Yet in his frequent trips to Edo, he was able to draw women in domestic scenes.

For example, the picture below shows a woman shortly after bathing. 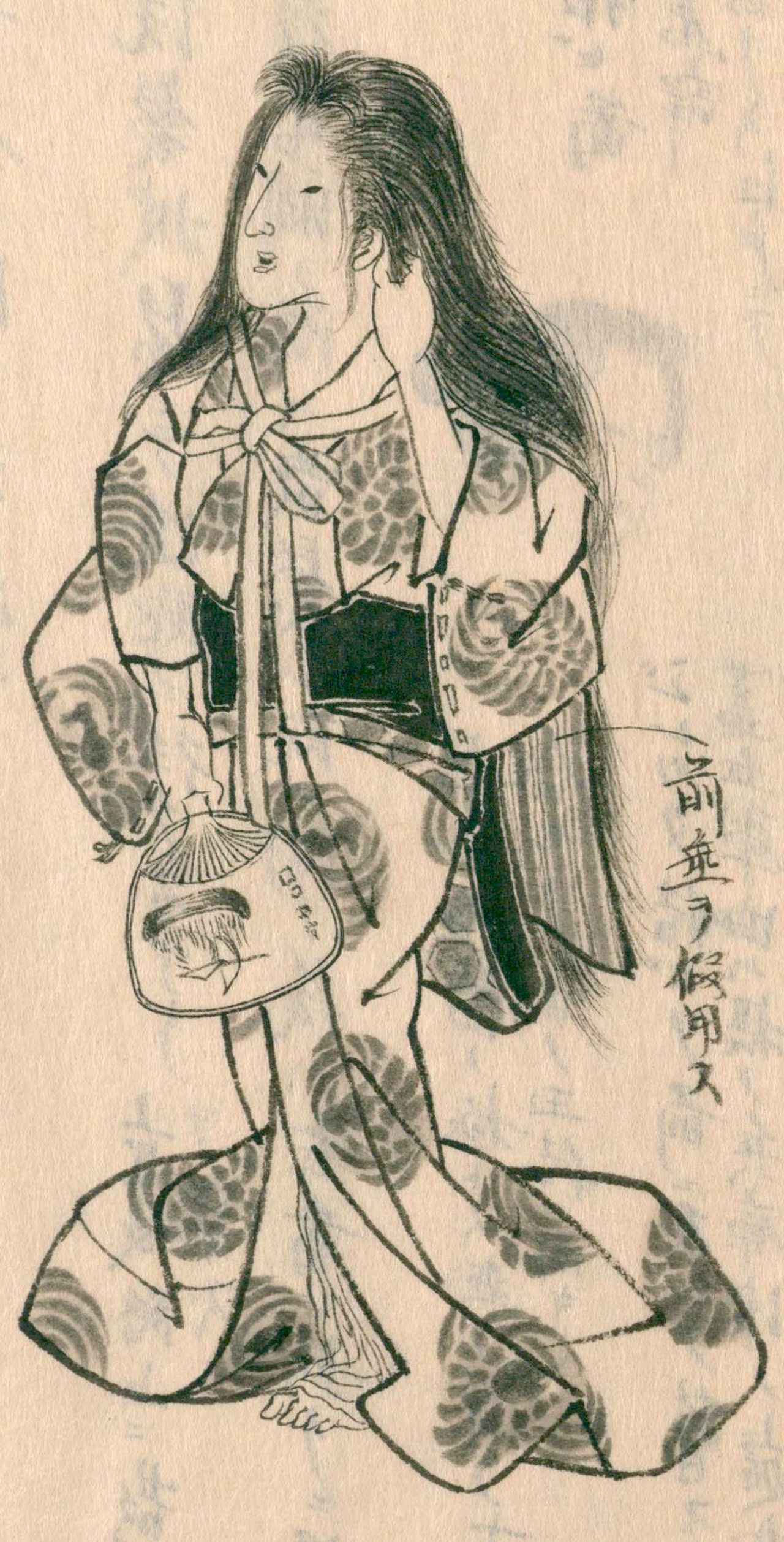