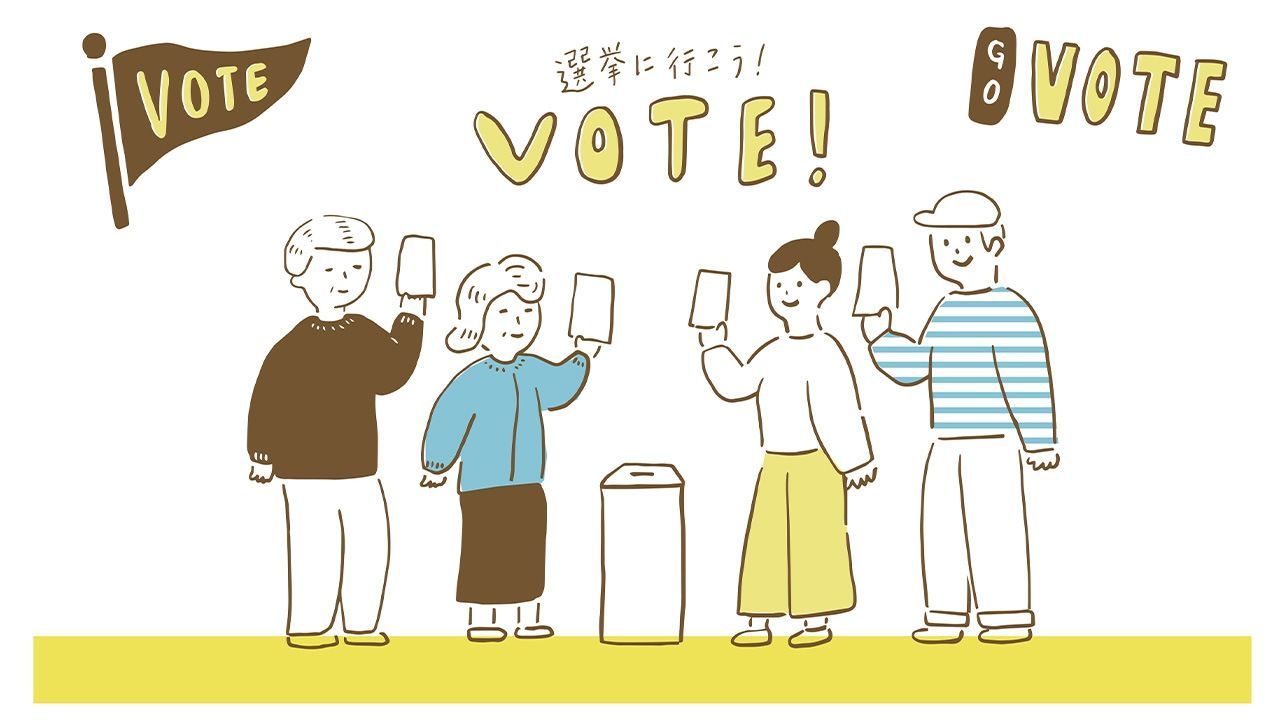 To the Polls! A Naturalized Japanese Citizen Casts His First Vote

Politics Society Lifestyle Aug 12, 2021
Originally from Egypt, Hassan Yūshi became a naturalized Japanese citizen in 2019. On July 4 this year he cast his first ballot in an election in Japan—an act that made him more proud to be Japanese, and more than a little nervous.

It has been two years since I acquired Japanese citizenship. When I first started studying Japanese in Egypt, I had a dream of coming to Japan for even just one week, but now I find I have lived here for almost a decade. I am not sure whether it is because time seems to pass more quickly as I age or if time in Japan passes more quickly than in my birth country of Egypt. Much has happened in my life during these last 10 years, but on July 4, 2021, I experienced a new first: I went out to vote in Japan for the first time, in the much-anticipated Tokyo Metropolitan Assembly election.

I did not know even one of the candidates, which made me unsure whether to go and cast my vote at all. It rained that day, and I could have used the bad weather as an excuse not to go. But I had heard about low voter turnout among young people and their lack of interest in politics, and as I thought this over, I made the decision to go. Besides, I remembered the guilt I felt after giving up on voting in the 2020 Tokyo gubernatorial election since neither my wife nor any of my friends would go with me to vote when I asked them.

I called my wife, who has also acquired Japanese citizenship, and three friends to persuade them to go and vote with me, but I ended up going by myself. While I did think again for a moment about giving up, since no one would say anything about it even if I did, a politician’s speech I had heard three weeks earlier in front of my train station echoed in my mind. Yamamoto Tarō, head of the Reiwa Shinsengumi party, said: “If you want to change this country, please go and make your vote count.” I could not betray Japan; I would go and vote, come what may, heavy rain or even a massive earthquake! 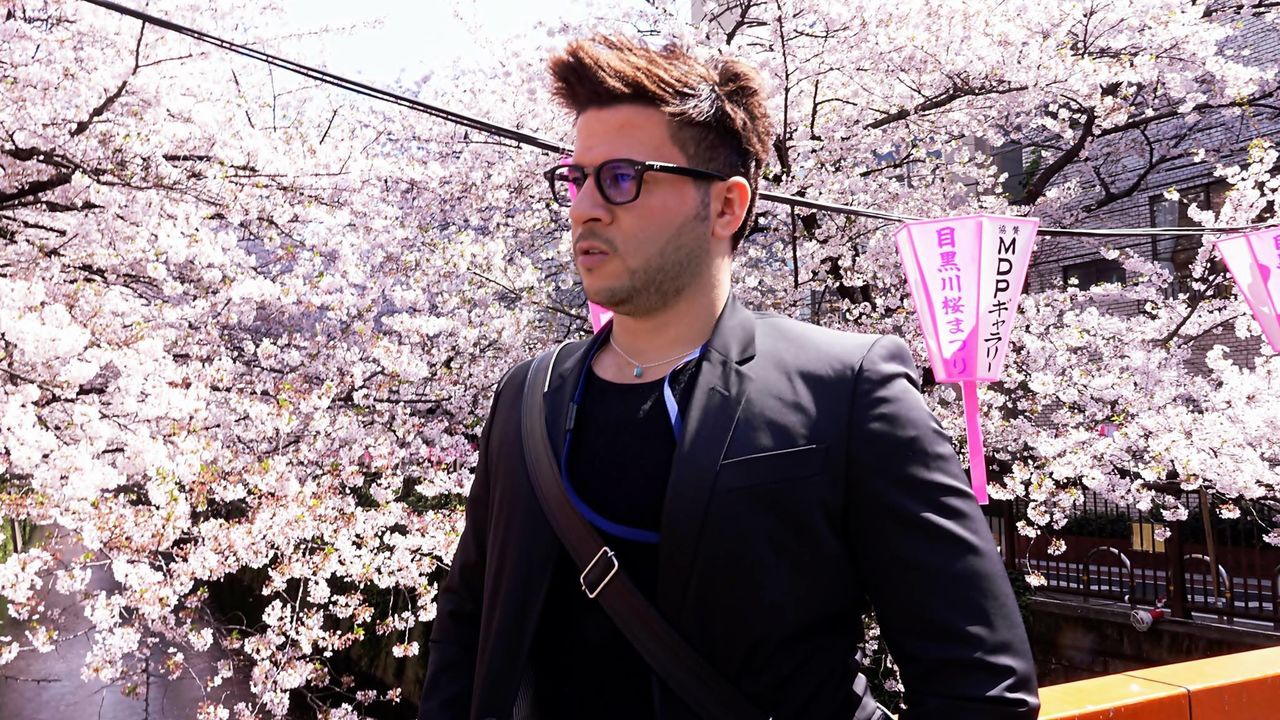 Taking in the sights at the Meguro River Cherry Blossom Festival in 2018.

It was indeed raining on election day, but I went to the polling station in the civic center about a 10-minute walk from my house. I had passed through the area many times before but had never noticed that kind of facility was there, so it was the first time for me to go inside.

As I checked it out, I called my friend and invited him to join me, saying, “The voting station is really close by. You also have citizenship, right? Come and vote.” His response was just “Good luck.”

While I was on the phone, the polling staff at the entrance invited me to come inside. It was nearly empty—there was one senior citizen who had just cast a ballot and was on the way out. Not many had come out to cast their votes in the inclement weather, so it seemed that the election volunteers were happy to have even one person come in.

After calming myself, I took out my election notice—a postcard delivered to all eligible voters that doubles as proof of identification at the polls—and handed it over to the staff. When they checked it, though, it turned out to be my notice from the previous year’s election. I was so embarrassed I wanted to hide under a rock. I started to sweat.

Just as I was thinking that I might not be allowed to vote after all, I was asked for my birthdate to verify my identity. Since I had become a Japanese citizen, I purposely gave the date in the Japanese system, telling them I had been born in Shōwa 56. Since I definitely look like a foreigner even when wearing a mask, I expected that I might be asked to take it off and show my ID, which I was prepared to do, but I was unceremoniously handed a ballot and told to move over to the booth and cast my vote. How very Japanese. I love this country! You feel an even greater sense of responsibility when you are trusted like that.

I went toward the polling booth full of confidence, as I had experienced voting in Egypt. I was handed a slim, plastic ballot pencil with which to indicate my choice with just a circle beside the candidate’s name. But wait a minute . . . that is what happens in Egypt.

Inside the polling booth in Japan there is only a vertically written list of the candidates, with the furigana for their names (hiragana alongside the kanji to indicate the readings), posted on the wall. Oh, no photos! And there is no place to mark a circle on the ballot either. You have to vertically write the name of the candidate with the small pencil! It is probably good that my wife and friend did not come.

Sweating, I tried to write the candidate’s name as neatly as I could. Mission completed, I put the ballot in the box and ran straight out. The sweat did not stop even when I got outside. It was the same feeling I had after completing the Japanese Language Proficiency Test. Had I written the candidate’s name correctly? Would they be able to read my writing? I became a little nervous. Since at work I usually write using a computer or smartphone, it had been some time since I had written kanji by hand. And even for the JLPT, you just have to mark the correct answer on a multiple-choice bubble sheet.

I had voted in Egypt also. In particular, after the Arab Spring I participated in voting about three times, for elections and for the national referendum on constitutional reform. Unlike Japan, it is no surprise to be asked to provide identification at the polling station. Since it is a Muslim country, many women have their faces covered, but their face and identification will be checked at the polling station. Since the ballot sheet includes the name, photo, and party logo of each candidate, all you have to do is circle your choice. What if Japan were to do something similar? I imagine some candidates’ names are difficult even for Japanese people to write.

In Egypt, after you vote you press one finger on an inkpad to mark it with 24-hour indelible ink. It is done to prevent people from voting again at another location. As an expression of hope for the future after the Arab Spring, everyone, including myself, took smiling selfies with their ink-marked fingers after voting in the national referendum on constitutional reform, posting them on social media. 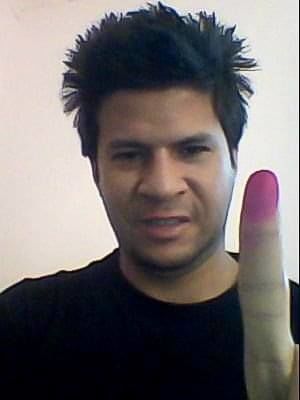 In Egypt, voters mark a finger with indelible ink after casting their ballots to prevent double voting.

I think my first experience of voting in Japan was good. I would like to see more consideration shown for the feelings of people who are naturalized Japanese citizens and those who cannot write Japanese so well, though. For me, having started learning Japanese at the age of 18, it is difficult even to write vertically.

In 2020, 9,079 people became naturalized Japanese citizens. I would like all of them to go to the polls. Let’s build the future of Japan together. 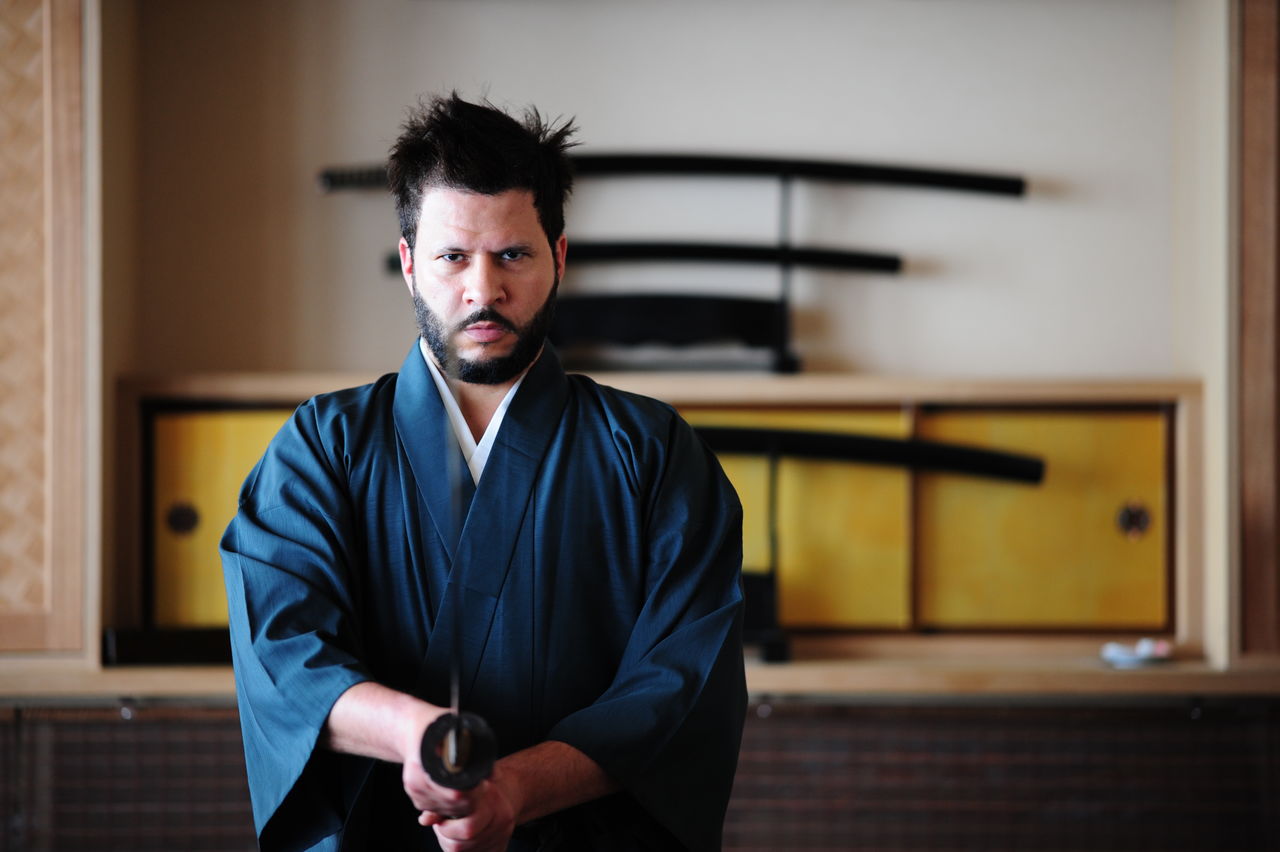 While still an Egyptian, I experienced an entirely different side of Japan by “Experiencing the Essence of Samurai Swordsmanship at Hisui Tokyo.”