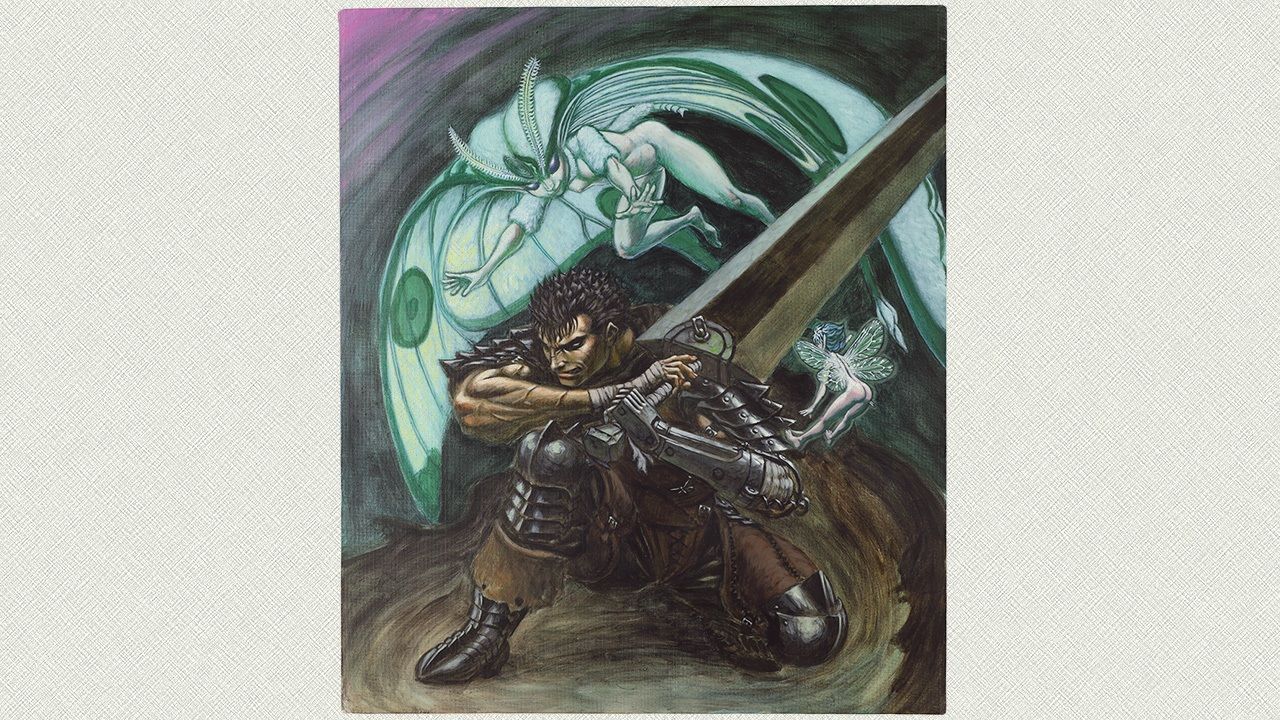 Culture Manga Nov 24, 2021
Fans of the best-selling manga Berserk were devastated by the sudden death of author Miura Kentarō in April 2021. The dark fantasy series, which remains unfinished, has sold over 50 million copies globally since it debuted in 1989 and has deeply influenced pop culture around the world. A writer and former editor at several prominent manga magazines looks at Miura’s groundbreaking work.

Miura Kentarō captivated readers in Japan and abroad for over three decades with the artistry and elaborate story of his seminal manga series Berserk. Set in a world populated by mercenaries and supernatural beings, the work brought dark fantasy to the fore in Japan and established Miura as a pioneering force of the genre. Miura’s unexpected death in April 2021 at the relatively young age of 54 was a huge blow to fans and the manga industry as a whole, and is all the more tragic as Berserk remains unfinished.

I had the opportunity to reflect on Miura’s talents and influence on pop culture while visiting the exhibit “Berserk: 32 Years of Miura Kentarō,” a retrospective of the manga series recently held in Tokyo. Looking at the intricately rendered illustrations on display, which represented only a fraction of the massive catalog of drawings in the long-running work, I was struck by Miura’s inventive style, his ability to plumb the depths of the human condition, and his boundless imagination that wove together the complex threads of the manga over such a long span.

Blueprint of a Dark Hero

Berserk centers around the character Guts, a towering and battle-scarred warrior known as the Black Swordsman who wields an impossibly colossal blade called Dragonslayer. In Guts, Miura diverged from the prototype manga hero, one who is pure of purpose, and introduced comic readers of the day to what some have labeled a “dark hero,” a protagonist who fights evil, but whose motivations and means are not always honorable.

Fate has forced Guts to spend his entire existence battling the malevolent forces around him, with the endless combat robbing him of an eye and a hand and leaving him cursed with a brand on his neck that attracts evil creatures. Brutish and an emotionally broken, he is driven to vanquish the malicious forces tormenting his world and does not flinch at employing morally questionable means to achieve this end. In volume three of the comic, for instance, when facing the Count, one of the demonic “apostles” who populate the story, he shows no hesitation at using the young, innocent daughter of his adversary as a shield in order to defeat his foe.

Prior to Berserk, the nearest equivalent to a dark hero in the Japanese manga canon is Fudō Akira, the main character of Nagai Gō’s grim-toned Devilman. However, Nagai’s influence on expanding the classic manga hero mold to include murkier elements is arguably less than Miura’s. Although recent best-selling titles like Gotōge Koyoharu’s Demon Slayer: Kimetsu no Yaiba follow the tradition of “rewarding good and punishing evil,” characters from earlier hits, such as Eren Yeager in Isayama Hajime’s Attack on Titan and Itadori Yūji in Akutami Gege’s Jujutsu Kaisen, show a willingness to cross moral lines that, while not truly dark, at the very least owes a tip of the hat to Miura.

Forging a Path for Fantasy

Berserk was equally influential in bolstering the appeal of heroic fantasy genre, which today is a staple of the Japanese entertainment industry. Earlier works like Kurimoto Kaoru’s Guin Saga books, Mizuno Ryō’s Record of Lodoss War, and manga creations like Wada Shiji’s Dragon Pigmario and Hagiwara Kazushi’s Bastard!! demanded a small but devout following. However, fantasy remained a relatively minor genre in Japan prior to Berserk coming along.

Although the manga’s popularity had no rival in print or on movie screens, the video game sector was a different story. Starting in the latter half of the 1980s, fantasy titles like The Legend of Zelda, Dragon Quest, and Final Fantasy captured the imagination of people in Japan and elsewhere and grew to be cultural sensations. It is hard to say whether Miura recognized early on the potential of the heroic fantasy model for his own medium of manga or if he found his muse naturally. Either way, Berserk took its place alongside fantasy games in making the sword-and-sorcery style a driving force of Japan’s entertainment offerings of the 1990s. 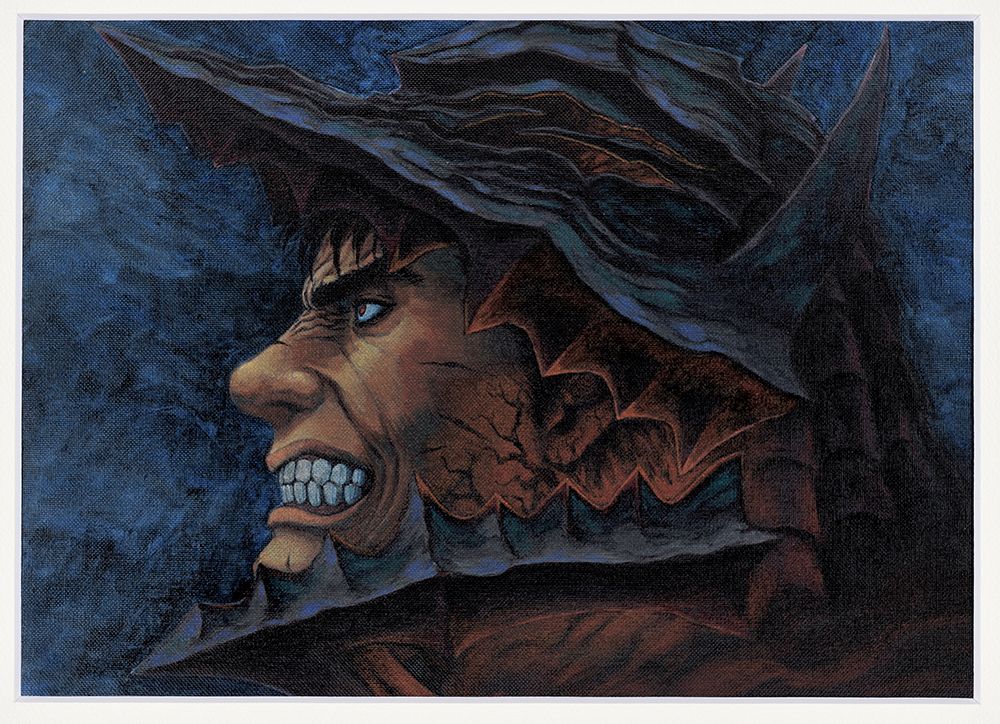 Fantasy with a Japanese Twist

Berserk has won a steady international following, with the series being translated into a number of languages. Despite the overseas success of the manga, Miura expressed uncertainty about how his work was received in Western countries, with their deep-rooted fantasy traditions.

The recently published book The Artwork of Berserk includes the following quote by Miura: “From the start, I had no way of knowing how foreign readers would react to a fantasy work by a Japanese author. Did they view it with amusement, much as a Japanese person reading a samurai tale written by a foreigner would? Or did they look past the differences and enjoy it purely as a fantasy story? Even now, I don’t know the answer.”

Miura’s comments reflect an insecurity about Japan’s lack of a strong fantasy tradition that was likely shared by other Japanese mangaka and novelists and that kept many of them from dabbling in the genre out of fear that their works would be met with derision by hardcore fans in Japan and overseas. The critical and commercial success of Berserk proved that such concerns were misguided. The series presents all the best aspects of the fantasy genre, but it is the combination of Miura’s incredible talents as a manga artist that really bring the work to life and defines it as something distinct. It subsequently paved the way for other creators interested in serious heroic or dark fantasy.

Miura’s visually expressive and highly detailed technique can be considered a culmination of influences of a number of artists and styles. Included in this group are the graphic realism of Hokuto no ken (Fist of the North Star) author Hara Tetsuo, Akira creator Ōtomo Katsuhiro, who was influenced by artists of the French and Belgian bande dessinée tradition, and the brashness of Nagai Gō. There are also touches of the delicate pen strokes characteristic of shōjo manga.

Miura typically brushed such conjecture aside, though, insisting instead that his only intention from the outset was to create a story featuring a grim, nihilistic character like Hakaider from the Jinzō ningen Kikaidā (Android Kikaider) television series of the early 1970s. It was only once he had built the framework of his dark hero Guts that he introduced magic, fairies, and other fantasy elements to the tale.

Miura’s sudden death places a giant question mark over the future of Berserk. Studio Gaga, which oversees the production of the manga, worked feverishly to complete the last installment, featuring drawings penned by Miura himself. The episode, number 364 in the series and titled “Asatsuyu no namida” (Tears of Morning Dew), ran in the September 10, 2021, issue of manga magazine Young Animal.

Admittedly, the episode, which reveals the identity of a mysterious character and sees protagonist Guts enter a new stage of his epic battle, is an emotional read as Miura obviously had no inkling of his looming fate.

Science fiction and fantasy author Hanmura Ryō once wrote that a great appeal of stories with fanciful settings is their tendency to morph and evolve according to the whims of the writer’s imagination. He argued that an unfinished tale of this type is not something to be lamented, but rather lauded as a story too interesting to bring to a close. He was referring to Kunieda Shirō’s uncompleted novel Shinshū kōketsujō (Kōketsu Castle in the Land of the Gods), but this could also be said of Miura’s Berserk.

We will never know what Miura’s ultimate vision for the series was, but this seems less important than the legacy he leaves behind. The Black Swordsman lives on in the pages of the manga, moving new generations of readers with his epic struggle and unwavering determination. Fans come up with their own endings for Guts, but borrowing from Hanmura, Berserk is in truth a dark fantasy that is far too entertaining bring to a close. 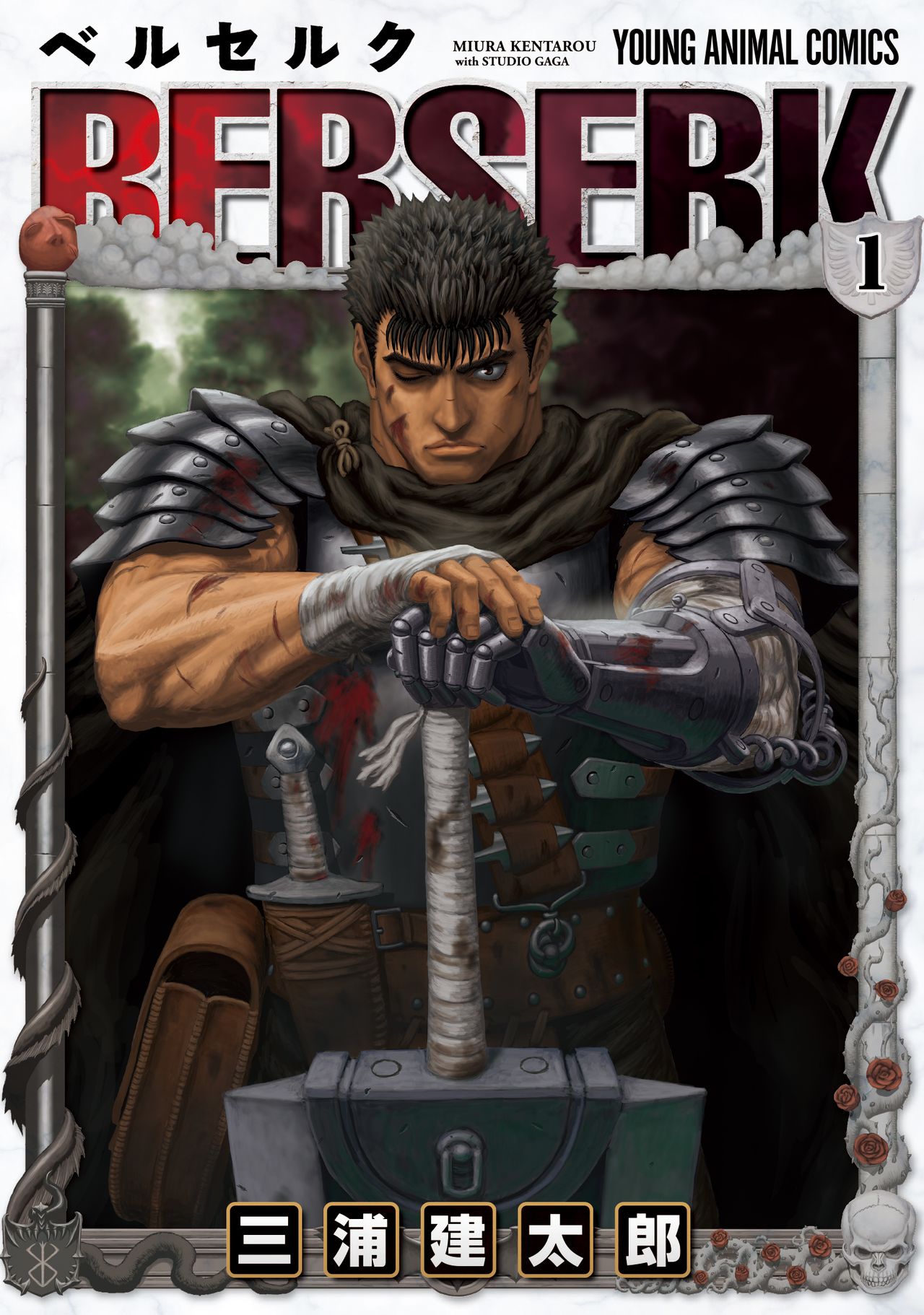 The cover of volume one of Berserk. (© Miura Kentarō/Studio Gaga/Hakusensha)