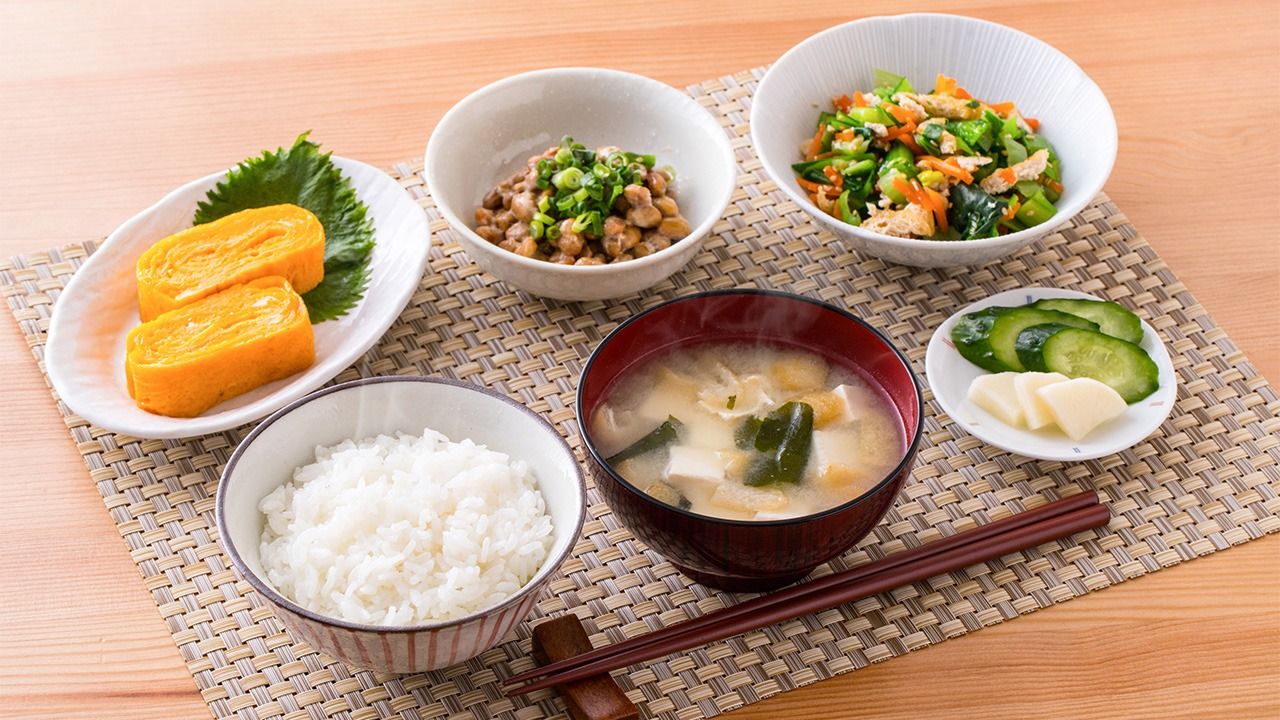 Economy Politics Food and Drink Apr 26, 2022
Japan has long struggled to achieve a measure of food independence, but in fiscal 2020 it recorded its lowest food self-sufficiency rate since records began. As climate change and Russia’s invasion of Ukraine threaten supplies, agricultural specialist Suzuki Nobuhiro warns that the government lacks an appropriate sense of crisis.

In 2022, Russia’s invasion of Ukraine has prompted spikes in the prices of wheat and other cereals, crude oil, and the raw materials for chemical fertilizers, spurring concern over the supply of food and the equipment required to produce it.

Russia and Ukraine provide around 30% of the world’s wheat exports. While Japan buys its wheat from the United States, Canada, and Australia, the concentration of demand in such alternate suppliers is leading to intensified competition.

The Cuban writer and revolutionary José Martí said that “a people that cannot produce its own food is a people enslaved,” while the Japanese poet and sculptor Takamura Kōtarō maintained that “In food at least, one should be self-sufficient. Whether as an individual or a state, without this there is no real independence.”

Indeed, as Japan’s calorie-based food self-sufficiency rate was 37.17% in fiscal 2020, reaching a new low since statistics were first collated in 1965, it is questionable whether it can claim to be an independent country. The minimum requirement for independence is to be able to protect citizens in any contingency. 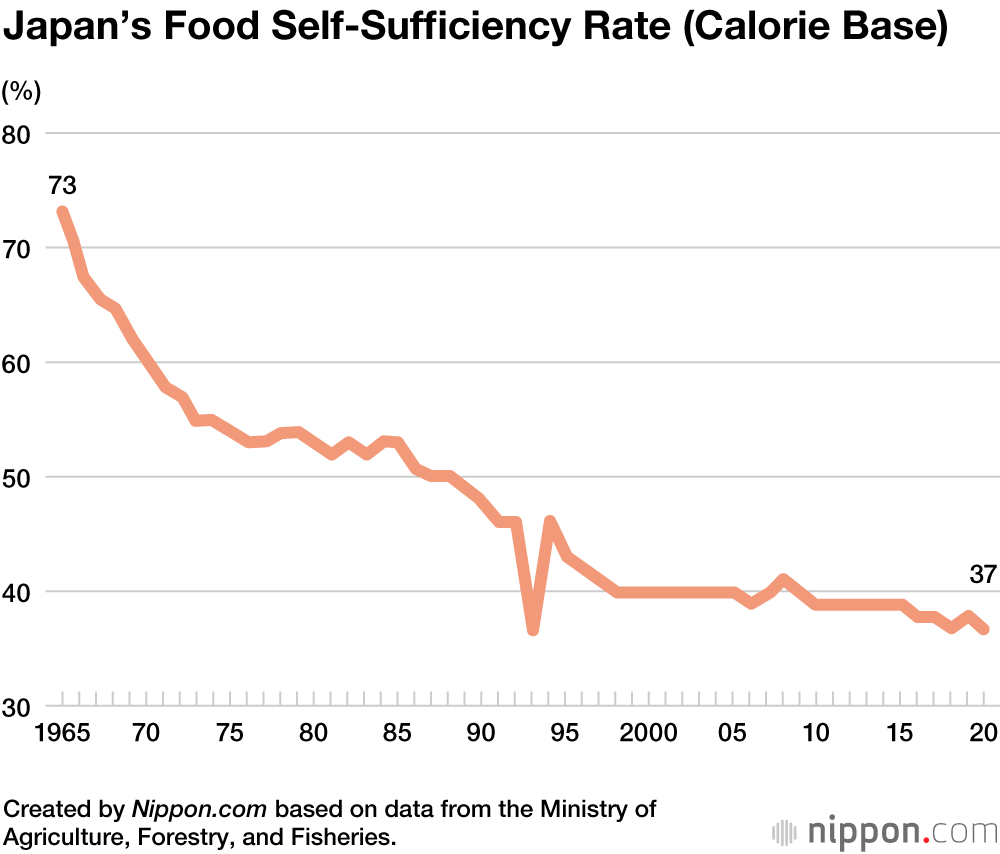 One prominent recent global trend is the greater-than-expected growth in food demand in China and other emerging economies. This phenomenon certainly cannot be explained simply by China’s economic rebound after the slump caused by the onset of the COVID-19 pandemic. For example, Chinese imports of soybeans had climbed to an incredible 103 million tons as of 2021. Even Japan, which imports 94% of the soybeans it consumes, reached only the level of 3.4 million tons in 2019, a mere fraction of its neighbor’s total.

If Chinese purchases continue to climb, soybean exporters may no longer sell to Japan. China and other countries currently have the power to buy greater volumes at higher prices. In Japan, the cost of imported soybeans is approaching that for domestically produced varieties. Container ships are increasingly reluctant to chart routes to Japan, and ocean freight rates are soaring. Japan is already being outbid.

Japan is also 100% dependent on imports of phosphorus and potassium, needed for producing chemical fertilizers. Procurement of these was becoming more difficult due to Chinese curbs on exports, and deteriorating relations with Russia, another major world supplier, have made the outlook even bleaker. China is the top phosphate producer and Russia is fourth, while for potassium, Belarus is second, Russia third, and China fourth.

Meanwhile, as extreme weather becomes the new norm, global supplies of various commodities are increasingly uncertain, which combines with strains on supply and demand to make price spikes more likely. High prices for crude oil boost demand for biofuels, such as those based on corn and other grains, sending prices still higher. Unforeseen events like international conflicts can immediately make the situation worse, as has happened with the Ukraine crisis. 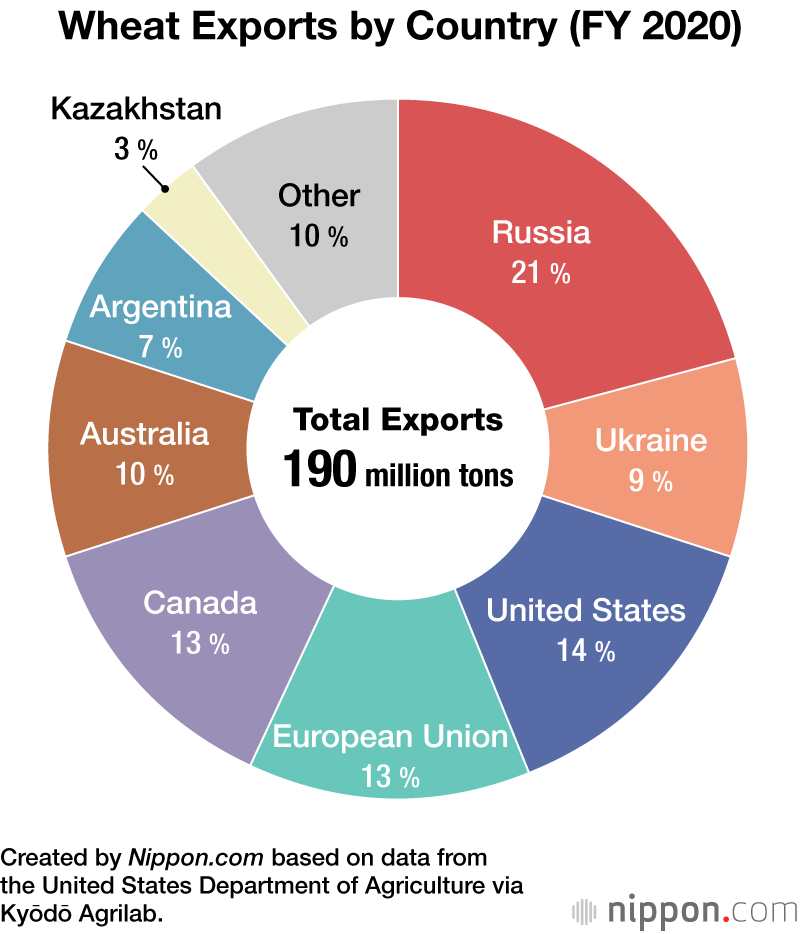 Lacking a Sense of Crisis

In his policy speech on January 17, 2022, Prime Minister Kishida Fumio talked of economic security, but made no mention of food security, and his discussion of agricultural policy only touched on promotion of exports, which he boasted had reached the ¥1 trillion level, and “smart” transformation—which refers to the use of robots and ICT to save on labor, increase precision, and boost productivity. Food and related equipment prices are soaring, Japan is clearly losing out to China and others in the competition to make purchases, and public concern is growing over ensuring food supplies and maintaining domestic productivity. At this time, the government’s highlighting of exports and smart transformation shows it lacks a sense of crisis.

While I do not deny the value of promoting exports, when Japan has a food self-sufficiency rate of 37%—a dangerously low level by global standards—the first priority should be to make every effort to maintain productivity.

It is also the case that the vaunted figure of ¥1 trillion in food exports involves some window dressing, and one might calculate the value of exports that are truly domestically produced as somewhere short of ¥100 billion. Many of the exports, including whisky, coffee, chocolate, miso, and soy sauce, are processed goods reliant on imported materials. How meaningful is it for the government to set the empty target of raising that figure to ¥5 trillion by 2030? I do not deny the value of smart transformation either, but raising hopes through a pipe dream that this can solve all problems is also a questionable approach.

Proposals from a paper on economic security strategy compiled by the Liberal Democratic Party on December 16, 2020, formed the basis for the ideas laid out in Kishida’s policy speech. This included a section on bolstering food security, but there was no mention of improving food self-sufficiency. In the end, it only seems to have considered procurement methods in the global food economy.

The view in the paper is that having the money available will enable Japan to make the needed purchases, so ultimately the cheapest and most efficient way to achieve security is to prepare financially. It is now clear, however, that this is becoming impossible. One must look such facts in the face to discuss security matters.

The argument that economic security is achieved through trade liberalization and relying on food imports is lacking in fundamental long-term and comprehensive perspectives. Even if it is more expensive in the short term to maintain domestic food production than to buy agricultural products from overseas, the costs in an unexpected crisis—when one cannot purchase food even if the money is available—are such that maintaining production is actually cheaper in the long run. We have just recently been reminded of how thinking only about the immediate low costs of nuclear power led to an irreversible accident.

In the situation that Japan faces, the near total disregard for bolstering food self-sufficiency means this economic security approach is dangerously deficient in the essential aspect of food security, and therefore fails to protect citizens’ lives and livelihoods.

While risks of a food crisis are undoubtedly rising, the government is calling for reduction in rice and milk production, due to an excess in supply. But this is no time to discourage domestic producers. It is a very short-sighted view, when there is the possibility of Japan struggling to secure food from outside.

For nearly 30 years, Japan alone has seen a trend where incomes have continued to drop alongside food consumption, and this trend has been spurred on by the pandemic. More people are unable to eat despite wishing to, and the excess in supply is not due to a drop in demand, but because supply is lacking in areas where it is needed. What is required is to increase production, so food can be deployed as humanitarian support, saving consumers, reducing inventories, rescuing producers, and preparing for the looming food crisis.

Now is the time for all citizens to think together about how to maintain and expand domestic food production. Producers, distributors, retailers, consumers, and related industries share the same fate. Retailers should stop driving down prices. If they ignore farmers’ costs and dictate produce prices to wholesalers to match their favored selling prices, then farmers will suffer. And if farmers go bankrupt, retailers will not be able to continue.

Consumers, too, should stop valuing only low prices. Without farmers, there would be nothing to eat. We need to bolster networks from producers to consumers, casting off narrow focuses on the present moment, money, and one’s self to establish a sustainable circular economy beneficial to sellers, buyers, and society in general.

State support also needs to be a part of this approach. Japanese agriculture has the image of being the most overprotected in the world, but the reality is quite the opposite. In the United States, the equivalent of ¥3.3 trillion was paid out directly to farmers whose incomes were hit by the pandemic, and ¥330 billion was used to purchase domestic agricultural products and provide them to those in need. In Japan, meanwhile, farmers received almost nothing.

Even before such emergency measures in the United States, Canada, and the European Union, there were policies in place whereby the government buys grains and dairy products at set minimum prices, to be used in domestic and international aid. There are no such policies in Japan. There is also a two-tier system in those economies directly compensating farmers for their production costs. This does not exist in Japan either, making for a huge difference.

This is to say that Japan’s farmers are an elite group, despite having what is actually the world’s scantiest protection. I hope that they will once again take pride, confidence, and resolution to support citizens from their achievement of the tenth-largest agricultural output worldwide.

Food Security as a Core Strategy

In the West, it is seen as common sense for a country as a whole to support industries that protect its people’s lives, the environment, regional communities, and its territory and borders. If Japan does not also recognize this, it will not overcome the crisis. The government should deploy its financial resources toward a safety net in the case of a contingency and measures for dealing with such a situation.

For example, ¥350 billion would cover additional payments to rice farmers so they could get ¥12,000 for each 60-kilogram bushel of rice, instead of ¥9,000, up to a total of 7 million tons. This would protect the lives of citizens. Another ¥500 billion would provide free lunches at elementary and junior high schools nationwide, safeguarding the future of Japan’s children. Food is the key to national defense. Considering the ¥6.6 trillion needed for the country to buy and maintain 147 US F35 fighter jets, there is no reason not to lay out this amount of money on food security.

Losing control of food means that we lose control of citizens’ lives and our country’s independence. With this in mind, we have to reshape agricultural, forestry, and fisheries policy around the core strategy of ensuring food security. What the Japanese people want is not endless talk of national interest that ends up benefiting favored corporations in Japan and the United States. Instead, they wish for a vision and comprehensive policies showing how they can bear their share of the burden to secure safe food to protect their lives, environment, communities, and territory.