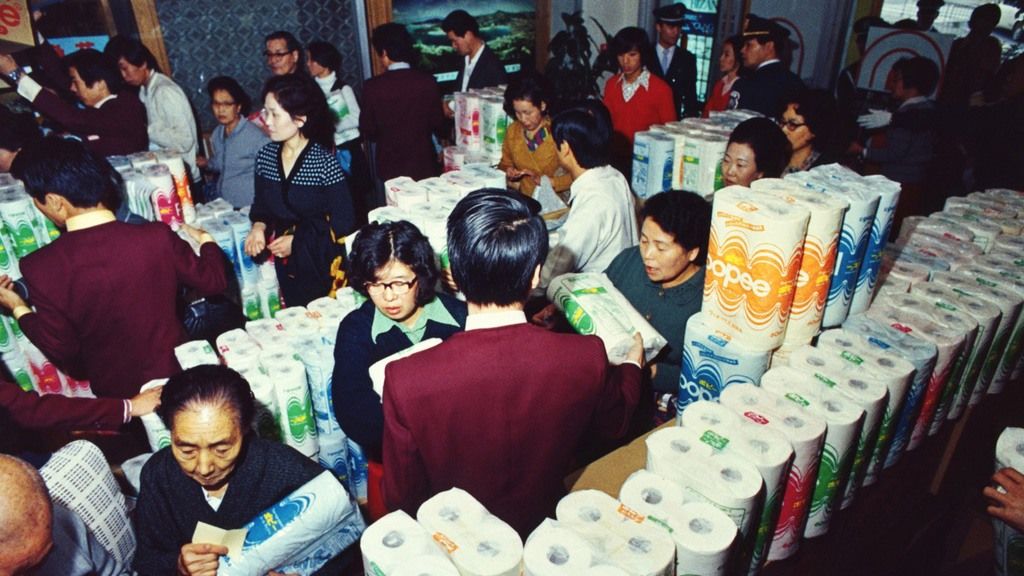 Learning the Lessons of Inflation

Economy Society Apr 19, 2022
The West has been suffering worsening inflation since the latter half of 2021. Now, Russia’s invasion of Ukraine has put a damper on supplies of commodities including oil, natural gas, and grain, driving price hikes. After decades of deflation, is Japan headed into a period of inflation?

The Shock of Rising Snack Prices

The popular children’s snack Umaibō became the center of attention when the vendor Yaokin announced that it would raise the pretax price of ¥10 to ¥12 as of April. This is the highly affordable favorite’s first price hike since it went on sale in 1979. The reason, according to the manufacturer’s official Twitter account, was the rising cost of raw materials and shipping, which seems understandable. The prices of corn, the snack’s main ingredient, and fuel for shipping have risen considerably in recent years.

The Japanese economy has been in a state of deflation for nearly 30 years. No one younger than 30 has any memory of a period of inflation, so their only experience of a general price rise has been when the consumption tax was raised. For people of this generation, raising prices is something that simply is not done. They are the “children who know no inflation,” who grew up alongside the rise of the ¥100 shop—the equivalent to America’s single-price dollar stores. 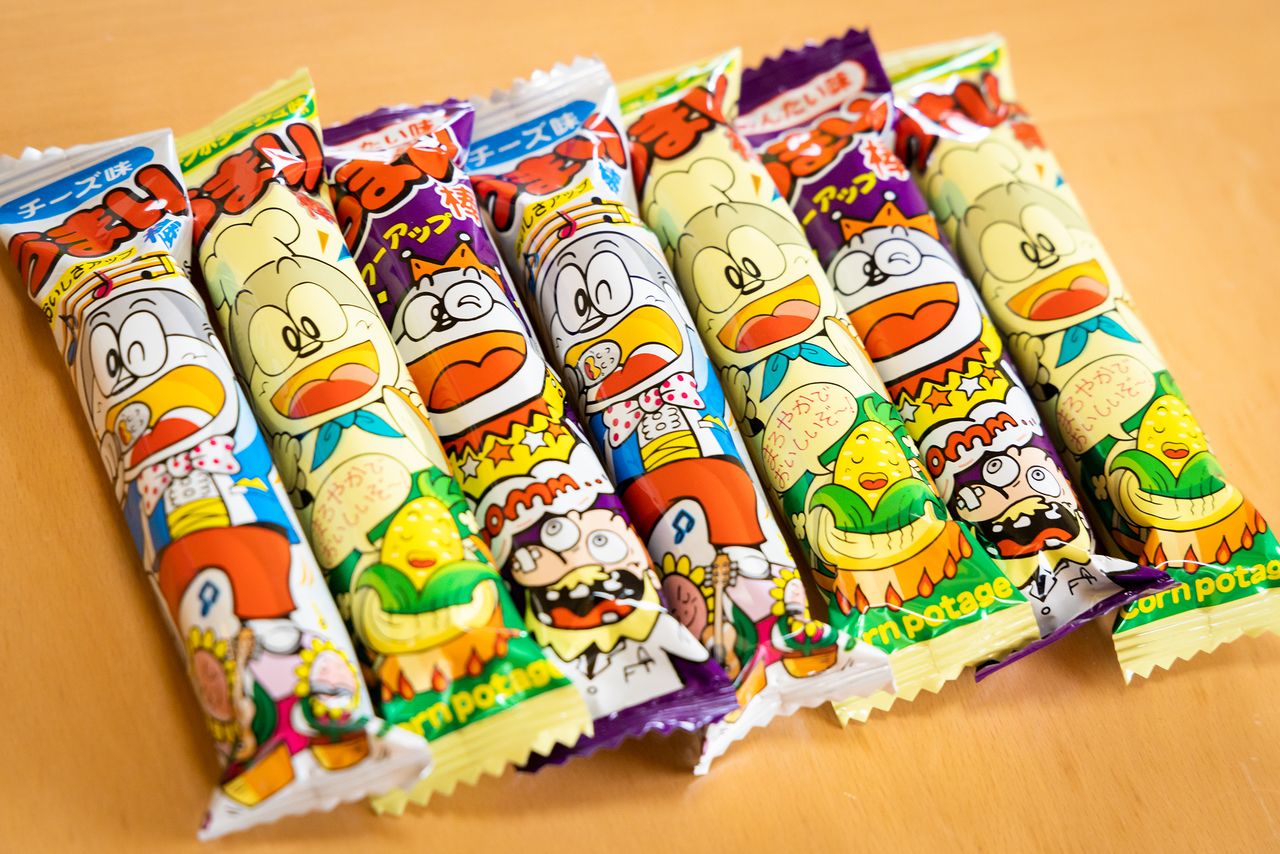 When Japan Was Rocked by Inflation

There is another generation that mirrors them. In the early 1970s, the folk song Sensō o shiranai kodomo-tachi (Children Who Know No War) was a huge hit. At that time, just over a quarter century after World War II, Japan was dominated by the Baby Boom generation, born just after the war ended.

That generation was also one that knew no deflation. From the postwar reconstruction period through Japan’s economic boom times of the 1960s, it was simply common knowledge that prices went up. Then, though, in the early 1970s, came a period of intense inflation.

Just as Japan was in the middle of a construction boom driven by the Prime Minister Tanaka Kakuei administration’s grand plan to “remodel the Japanese Archipelago,” the Middle East was wracked by the October War of 1973. Oil producing Arab states put an embargo on oil, leading to an energy crisis and huge price hikes for gasoline. Japan, which relies on imports for most of its energy, saw price hikes in the double digits, with one period passing a 20% year on year increase. It was a time of runaway inflation. We have been hearing comments like “not since the oil crisis,” or “the return of the 1970s” in recent days.

In the West, inflation had been rising since before the invasion of Ukraine. The pandemic caused supply chain backlogs, and then prices began to spike more with the return of demand in anticipation of the pandemic subsiding.

The US consumer price index has been soaring since last fall, with the year-on-year rate of increase reaching the 7% level in December 2021 and an estimated rate of 8.5% in March, the highest increase in 40 years. Euro-area consumer price increases also hit the 5% mark in December and rose to an estimated 7.5% in March, the largest increase since records began in 1997. Russia’s invasion of major grain producer Ukraine and Western sanctions against the invader, a major energy exporter, have resulted in further energy price hikes and have also hit primary commodities such as oil, natural gas, and grains. The International Monetary Fund has issued a warning that “price shocks will have an impact worldwide.”

Japan’s composite consumer price index, excluding fresh food, rose only 0.6% year on year in February, as the impact of lower mobile communication rates pushed the index down. However, the corporate goods price index rose 9.7% year on year in February, the first significant increase in the 41 years since December 1980, when Japan was under the influence of a second oil crunch.

If those corporate prices trickle down to retail stickers, then consumer prices are likely to hit or surpass the Bank of Japan’s price stability target of a 2% year-on-year increase after April, when the impact of cellphone service price drops will have run its course.

That 2% “price stability target” that the BOJ set in January 2013 is intended to “overcome deflation and achieve sustainable economic growth,” according to a joint statement with the government.

However, achieving that 2% target in the current situation holds no guarantee of stable growth, even if deflation is overcome. The conventional deflation-busting playbook will need revision.

This generation that knows no inflation needs some basic knowledge of the principles. I believe that the reason deflation has lasted so long in Japan is that the “children who knew no deflation,” who have now reached middle age, were so deeply affected by the spiraling prices of the 1970s and the chaos of the asset-inflation-driven economic bubble of the 1980s that they feel more comfortable with deflation. This also means they are slow in realizing the danger it brings, though.

Inflation can be largely divided into “demand-pull” and “cost-push” types. The former is more common during boom times, when consumers loosen purse strings, demand rises, and supply cannot keep up. The latter type of inflation, meanwhile, happens when the cost of materials and consumer goods rises. This is the type that is now threatening Japan.

Inflation in areas like energy and food limits customer purchasing power, which holds down corporate profits. Japan depends extensively on energy and primary commodities imports, and the weakening yen has also taken a toll. There is a great possibility of not just inflation, but an added period of stagnation, leading to “stagflation.”

At Best, a Cloudy Outlook

We must also remember that inflation can lead to changes in monetary policy. The American Federal Reserve Board has changed its zero-interest-rate policy for the first time in two years, raising rates by 25 basis points, and expects to raise rates six more times before the end of the year. The European Central Bank will also accelerate the reduction of its quantitative easing policy, which is expected to end July through September. Japan cannot afford to maintain its own zero-rate policy forever, either.

In 1973, when the first oil crisis occurred, the BOJ raised its policy rate from an annual 4.25% to 9% across five rate hikes.

A senryū comic poem once described interest rates as “a stain on the bank book,” but the day is approaching when interest must be charged.

Even if a ceasefire comes to Ukraine, the war’s turmoil will not quickly fade, and sanctions on Russia are likely to drag on. The oil crunch of the 1970s drove the world economy into a state of stagflation, and the risk of a return to this situation is growing stronger.

Even if Japan breaks out of its long period of deflation, there is no clear blue sky waiting at the other end. The best outcome is a cloudy sky, and the threat of storms still looms.

(Originally published in Japanese on March 23, 2022. Banner photo: People stocking up on toilet paper at an Osaka supermarket in October 1973, during the oil-crisis-driven inflation spiral. © Kyōdō.)