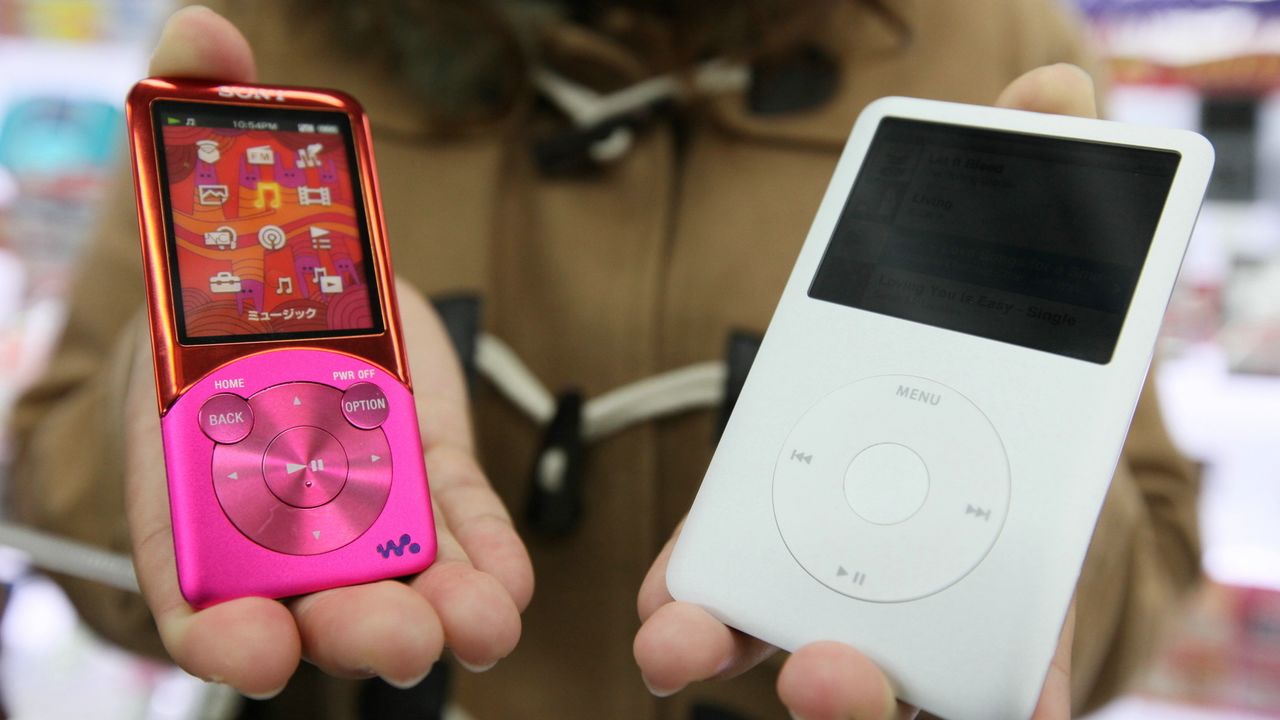 Culture Technology Work Sep 15, 2022
The Japanese electronics industry once stood atop the world, but has been overtaken by competition from China and South Korea, with the innovation that once characterized Japanese manufacturing now nowhere to be seen. A talk with Miyazawa Kazumasa, the Sony engineer behind the VAIO computer series and the Edy digital currency, to find out why. 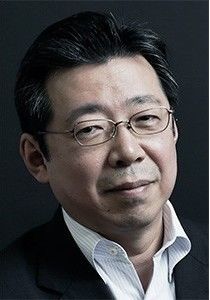 CEO of Soramitsu. Lecturer in industrial engineering and management at the Tokyo Institute of Technology. Born in 1956, Miyazawa earned his graduate degree from the same university. He joined Sony in 1980, where he was involved in the creation of the pioneering Edy smart card. Served as executive director of Edy’s operating company bitWallet and later as executive officer of Rakuten Edy before joining Soramitsu. Publications include Kakushite denshi manē kakumei wa Sonī kara Rakuten ni hikitsugareta (Rakuten Supplants Sony as the Leader of the Cryptocurrency Revolution), and Soramitsu, Sekaihatsu no chūgin dejitaru tsūka “Bakon” o jitsugen shita sutātoappu (Soramitsu, the Start-Up that Created the World’s First Central Bank Digital Currency, the Bakong).

The Loss of the Portable Music Player Market

INTERVIEWER  Apple founder Steve Jobs once said the iPod’s success was in part due to the failure of Japanese consumer electronics companies to “do software as well it needed to be done.”Apple followed up with the iPhone, banishing Japan’s electronic manufacturers to the edges of the market. Apple’s market capitalization is currently 326 trillion yen, dwarfing Sony’s 14 trillion yen [as of July 8, 2022]. Why couldn’t Japan come up with innovative devices like smartphones and tablets?

MIYAZAWA KAZUMASA  I agree that Sony should have come up with offerings like the iPod, iPhone, and iPad. While Sony did release a Memory Stick Walkman that plays downloaded music, the release was characterized by several missteps. The first was Sony’s digital rights management, powerful copy prevention technology that ensured that downloaded tunes couldn’t be copied to other devices. Sony was also very particular about sound quality, and built its proprietary ATRAC, or Adaptive Transform Acoustic Coding, technology into the music player.

This Walkman was very poorly received, however. At the time, the MP3 music format, which compresses audio data, had begun to catch on, but because some MP3 content was illegal, Sony—as the parent company of Sony Music—was forced to tighten its copy-protection measures. Apple, on the other hand, used the MP3 format with laxer copy protection, prioritizing convenience and usability as it let users copy tracks to multiple devices. This approach would bring about a decisive difference between the two manufacturers.

INTERVIEWER  So it was a fundamentally different business model?

MIYAZAWA  During Sony’s heyday, the 1980s, it took a top-down approach to the production of its leading products—the Walkman and the 8-millimeter camcorder. Because the manufacture of recording heads for 8-millimeter video cassettes and the cylinders that rotated them required precision engineering, the entire product was engineered by a single manufacturer. That kind of top-down process was Japan’s forte at the time. Toyota and Honda also successfully established in-house production systems under which all manufacturing was carried out either internally or within the same corporate group, which they combined with a “just-in-time” procurement approach, creating an advantage for Japanese manufacturers.

By the 1990s, the US government had become strongly concerned that if this trend continued, America would be beaten by Japan. It responded by making the Internet—originally created as military technology—available for public use, as a form of open innovation aimed at making it a core part of next-generation tech. This development brought about the opposite of what we had in Japan, broadly distributed “horizontal” industries.

In the case of computers, for example, Intel made CPUs, another manufacturer made hard disks, while Microsoft produced software. That approach was only possible because of uniform and open standards. Japan, however, remained in splendid isolation and completely failed to adopt this trend.

MIYAZAWA  In the 1980s, Japan took the world by storm with its trademark high-quality, miniaturized products that leveraged materials and devices backed up by significant technical ability. However, when globalization shrunk the world, production became distributed more broadly, making it possible to, as Apple did, design products without owning factories, and instead outsource production to China, enabling manufacturers to supply cheaply and in volume. This caused Japan’s manufacturers to lose the competitive advantage they had gained by manufacturing quality products in a kind of cottage industry approach.

There is also the issue of de facto standards—products that dominate the market, causing them to be regarded effectively as the standard—like Windows in operating systems and VHS for video formats. These differ from de jure standards, like those laid down by standardization bodies, for example the sizes, compositions, and types of consumer batteries. Many US corporations created overwhelmingly successful products like Windows that became de facto global standards. European companies, on the other hand, enjoy an advantage in terms of de jure standards, having created many international standards like ISO, which they have established as common rulebooks in many countries. Since the beginning of the era of distributed labor, Japanese manufacturers’ lack of success with both de facto and de jure standards has caused them to lose market dominance. I believe that was a significant cause of their failure.

INTERVIEWER  You’ve also described the investment environment and the tax system as factors that caused Japanese companies to lose innovativeness and vitality.

MIYAZAWA  Many large companies are fettered by their own success, making significant reform elusive. The US is a fiercely competitive country where, big or small, companies unable to adapt to changing times go bankrupt, lose market share, or are forced to modify their businesses. However, this has the effect of stimulating the economy, and encourages the establishment of start-ups.

Google and Facebook were themselves originally start-ups funded by venture capital. In both cases, this early investment brought them needed funding and people, establishing an environment conducive to technological development and leading to their rapid growth. In Japan, on the other hand, while the administration of Prime Minister Kishida Fumio has become the first to make start-ups part of its growth strategy, I note that over thirty years had to pass since the collapse of the asset bubble for that to happen.

Venture capital investment in start-ups currently amounts to around 70 trillion yen globally. Of this, 40 trillion yen is in the United States, representing nearly 60 percent of the global market. By comparison, Japanese venture capital investment, at around 800 billion yen, accounts for only 1 percent of the global total. Even the UK-based SoftBank Vision Fund, said to have over 10 trillion yen of assets under management, while investing in hundreds of American, Chinese, and Indian start-ups, has only ever invested in three Japanese companies, including a biotech venture it funded in October 2021.

There is also the issue of taxation. For example, in Japan, virtual currencies are taxed very heavily. When a company issues a virtual currency, its own reserves of that currency are deemed to be assets on which it is required to pay tax. For example, if you issue 1 billion yen worth of a digital currency, you have to pay 30 percent of that, or 300 million yen, in tax before the currency has even been realized. That’s beyond the reach of start-ups, which are forced to sell off their holdings to pay the bill. However, selling a large amount of virtual currency in a short period of time can cause it to plummet in value by as much as 90 percent. As a result, most Japanese companies that issue virtual currency are relocating their headquarters to Singapore or Switzerland, and this is causing the hollowing out and brain drain of Japan’s blockchain industry.

INTERVIEWER  What can Japanese businesses do to recover?

MIYAZAWA  First, we need arrangements whereby the state supports new businesses that bring about innovation. We could have an innovation award, or make it easier to patent inventions. We also need preferential tax treatment. On the funding side, we need more government support, including, for example, from the Japan Finance Corporation.

In the private sector, collaboration between large corporations and venture companies is also important. It’s difficult for large firms to create new innovations. By the same token, if venture corporations are unable to raise funds, they will be unable to develop products or attract staff. We need an approach that brings together both venture businesses and major corporations to provide the necessary financial and personnel support. An uncoordinated and disordered response from the private sector will not create innovation, either. It’s important to clearly demarcate areas where cooperation is called for as separate from areas where competition is needed, and in the former, to have both the public and private sector actively invest in standardization and public infrastructure.

Corporate leadership is also very important. Bold deployment of research and development funds and of personnel is indispensable for innovation. This won’t happen without the strong resolve of top managers.

INTERVIEWER  What should we focus on most?

MIYAZAWA  The area in which Japan is most lacking, and that will become even more important in the future, is smart technology. Japan invests much less in IT and the internet than other countries. Society as a whole needs to join the shift to the digital age. At the risk of sounding patriotic, I’m worried that Japanese corporations are going to become more and more hollowed out, losing ground to foreign competitors. As I mentioned earlier, Japan’s best IT venture start-ups are all going overseas, so we may soon only be left with traditional manufacturing industries.

I believe that the current environment is in a way similar to the scorched earth that confronted us after World War II. In the future, we’re going to need to do our best to survive. I believe that this is a time when the government, business, and bureaucracy all have to think seriously about what needs to be done.