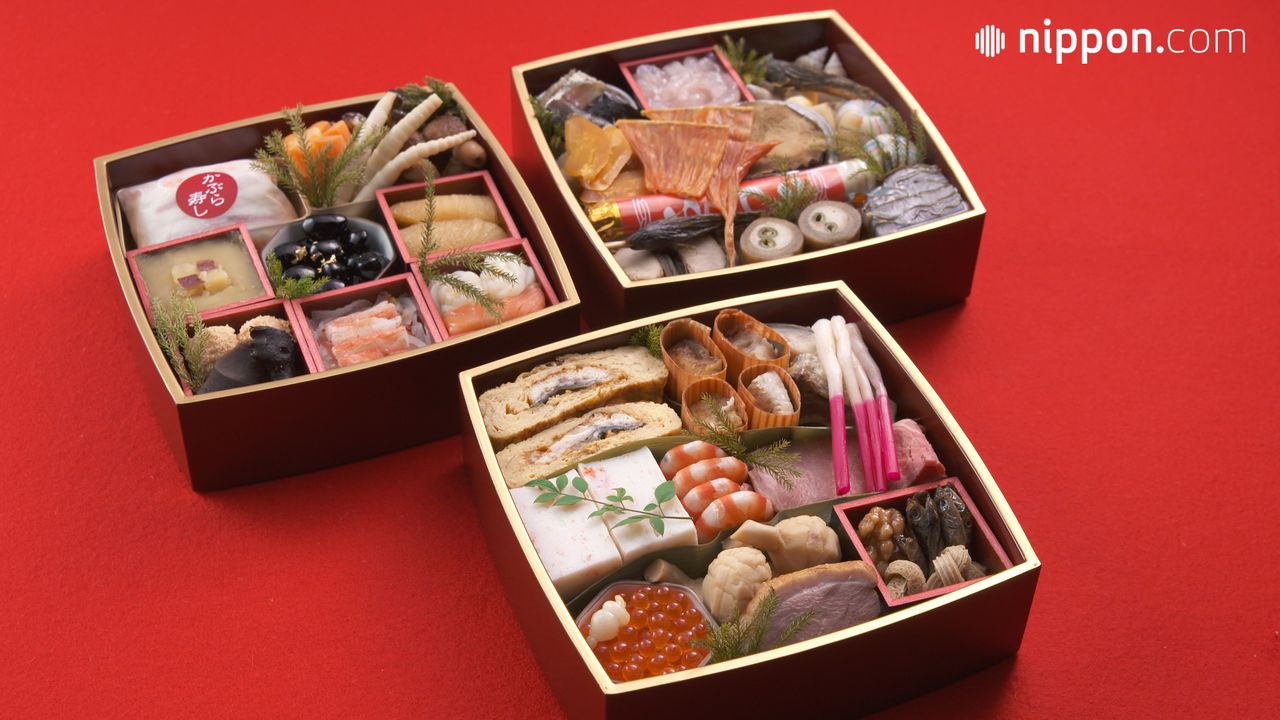 Starting the New Year with Auspicious Food: “Osechi” from Kanazawa

During the New Year’s holidays in Japan, dinner tables are loaded with boxes filled with osechi ryōri—holiday cuisine in layered lacquer boxes artistically filled with a variety of foods, many of which have auspicious associations. Osechi is an indispensable part of the scene when family members and relatives gather to celebrate the start of the year. Formerly made at home, osechi now is commonly bought ready to eat in pre-boxed sets. In Kanazawa, which has a centuries-long tradition of gourmet cuisine, renowned ryōtei (high-class Japanese restaurants) compete in offering distinctive, painstakingly prepared osechi for home consumption. Many sell their sets not just on the spot but also at department stores and on line to customers around the country.

Kinjohro, a long-established ryōtei and ryokan (Japanese inn) in Kanazawa prepares boxes of osechi that feature local ingredients, such as turnip sushi (kabura-zushi—a traditional Kanazawa dish made with slices of yellowtail wedged between pieces of turnips. The sets also include various items that are standard in osechi nationwide. Among these are  lotus roots (renkon, whose holes are associated with foresight), black soybeans (kuromame, the word mame [bean] also meaning “diligent”), and herring roe (kazunoko, associated with fecundity).