Society Feb 3, 2020
An escaped Carlos Ghosn’s press conference in Lebanon and the Japanese government’s chartered flights to bring back nationals from coronavirus-hit Wuhan were among the big Japan-related stories in January 2020.

Emperor Naruhito makes the first New Year address of the Reiwa era at the Imperial Palace, greeting an estimated 69,000 people.

Stock prices plunge on the opening day of trading at the Tokyo Stock Exchange in 2020 due to rising US-Iranian tensions. The Nikkei index falls more than 500 points before recovering slightly to finish the day at 23,204.86, down 451.76 from the end of 2018.

Uematsu Satoshi pleads guilty to the July 2016 murder of 45 people at a care home for mentally disabled people in Sagamihara, Kanagawa Prefecture, where he formerly worked. He later acts irregularly during his trial’s first court hearing at Yokohama District Court, and the hearing is suspended.

Former Nissan Chairman Carlos Ghosn holds a press conference in Lebanon, asserting his innocence on all charges. He says nothing about how he was able to get out of Japan.

Defense Minister Kōno Tarō orders the Maritime Self-Defense Forces to dispatch a destroyer and two P-3C patrol planes to the Middle East. The planes depart from the MSDF base in Naha, Okinawa, on January 11.

The Ministry of Land, Infrastructure, Transport, and Tourism announces that 31.9 million foreign visitors came to Japan in 2019, hitting a new record for the seventh consecutive year.

Chief Cabinet Secretary Suga Yoshihide acknowledges violation of the Public Records and Archives Management Act in the destruction of records related to invitees to cherry blossom parties hosted by Prime Minister Abe Shinzō from fiscal 2013 to 2017. He says that the action was taken without the legally required consent from the prime minister.

Prime Minister Abe talks with King Salman of Saudi Arabia in Riyadh. The two discuss the situation in the Middle East with a view to easing tensions between the United States and Iran.

Tokyo public prosecutors serve a fresh arrest warrant on lower house lawmaker Akimoto Tsukasa on suspicion that he received ¥3.5 million in bribes from a Chinese company that planned to open a casino resort in Japan. Akimoto was state minister in charge of casino resort issues at the Cabinet Office.

Hiroshima prosecutors raid the offices of former Justice Minister Kawai Katsuyuki and his wife Anri, also a Liberal Democratic Party lawmaker. Kawai Anri is suspected of having paid staff members above the legal limit during her House of Councillors election campaign in July 2019. 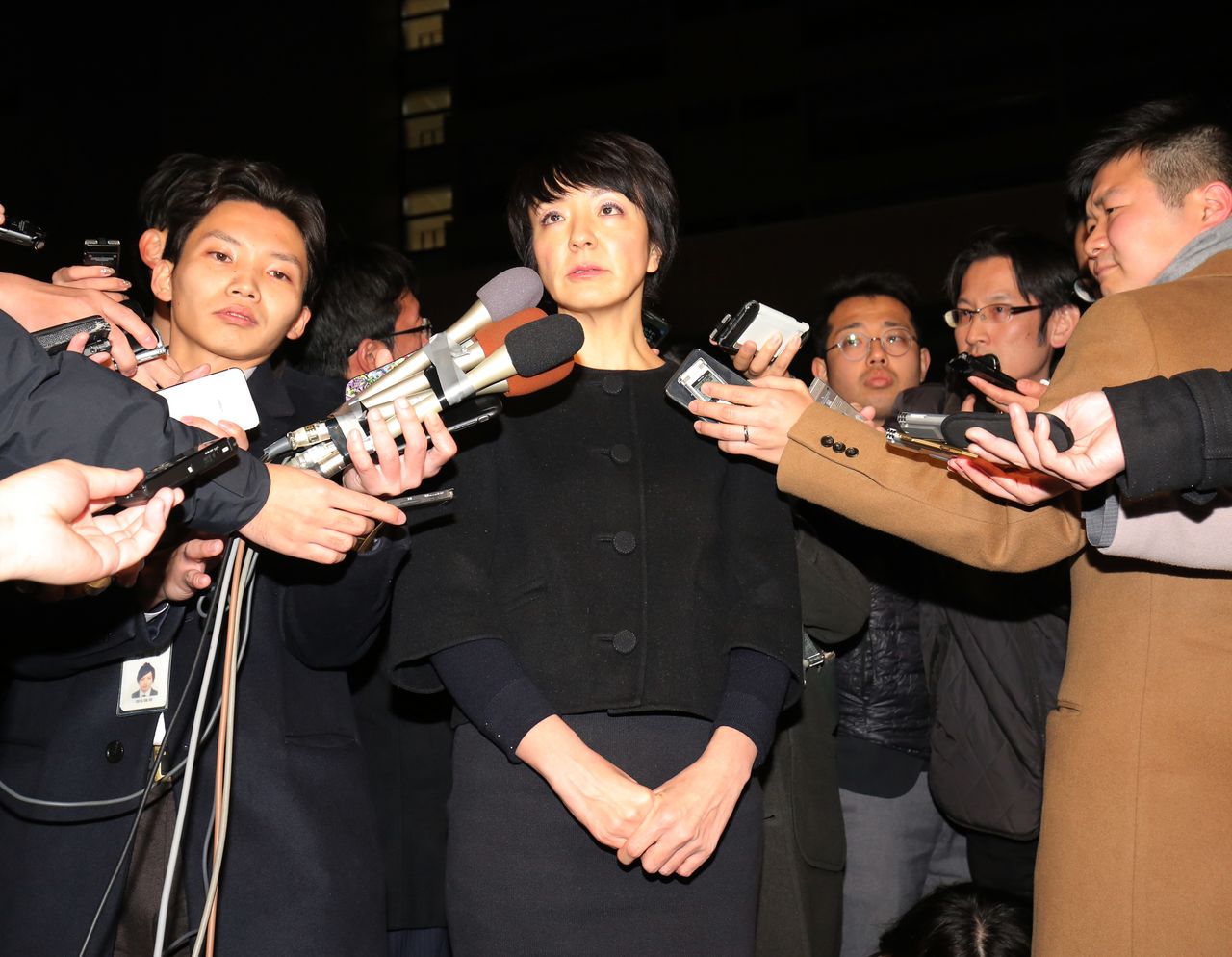 Kawai Anri surrounded by members of the press in Tokyo after raids were conducted on her and her husband’s offices on January 15, 2020. (© Jiji)

The Ministry of Health, Labor, and Welfare announces confirmation of the first case in Japan of infection with the coronavirus that was initially identified in Wuhan, China.

The Hiroshima High Court orders suspension of operations at the number 3 reactor at Ikata Nuclear Plant in Ehime Prefecture, managed by Shikoku Electric Power. The court upholds an appeal by three residents of Yamaguchi Prefecture, due to the possible existence of a nearby active fault.

The International Union of Geological Sciences announces the ratification of the name “Chibanian” for the geological era from around 129,000 to 774,000 years ago. It takes its name from the decision that a stratum at a location in Ichihara, Chiba Prefecture, is the most important reference point for studying the period boundary about 770,000 years ago. 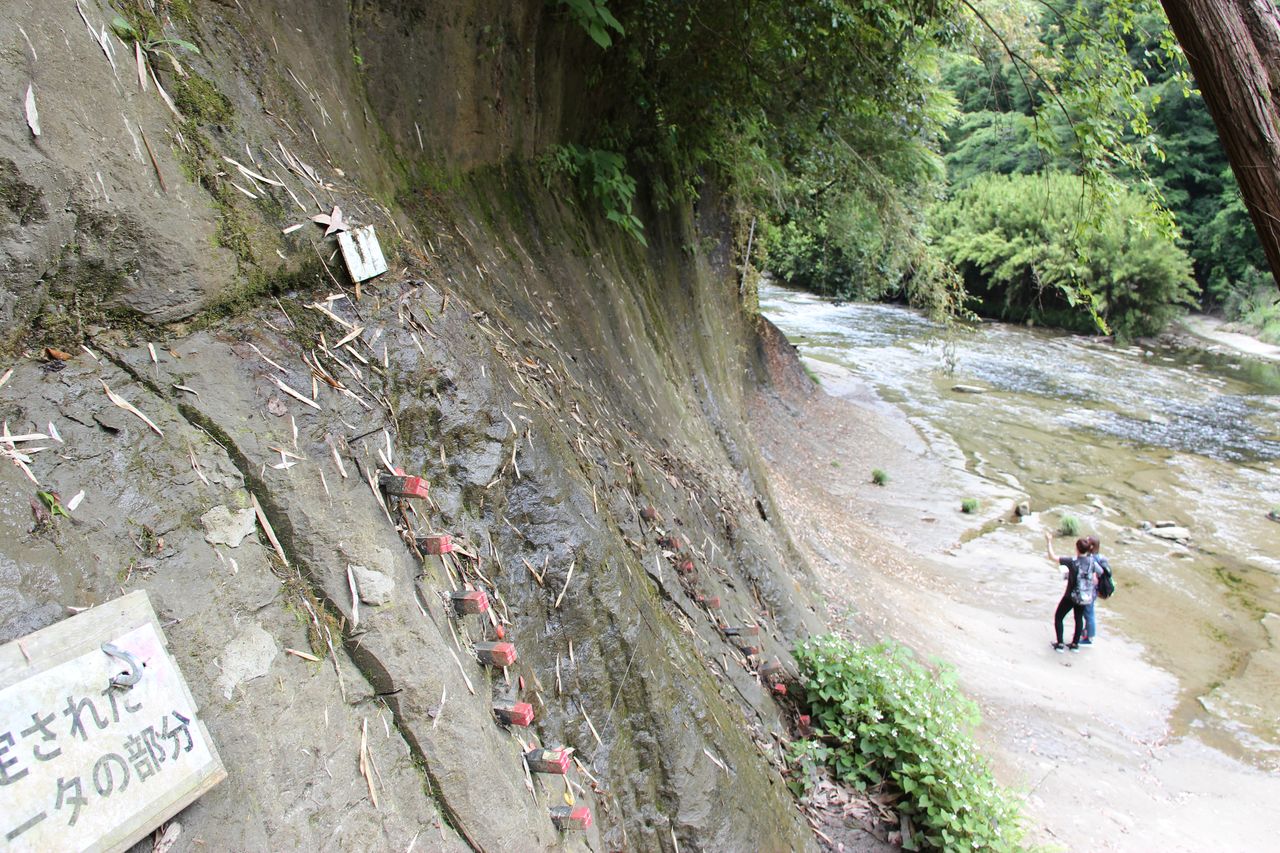 The Chiba stratum section in Ichihara, Chiba Prefecture, in June 2018.

The 150-day regular Diet session begins; it will end on June 17. In his policy speech, Prime Minister Abe mentions neither the cherry blossom party nor the casino corruption scandals.

Mitsubishi Electric announces that its internal networks were targeted by a cyberattack. Personal information related to 8,000 people and confidential corporate information may have been leaked in the attack.

The Constitutional Democratic Party of Japan and the Democratic Party for the People decide to shelve talks over a merger after a meeting between CDPJ Secretary-General Fukuyama Tetsurō and his DPFP counterpart Hirano Hirofumi. 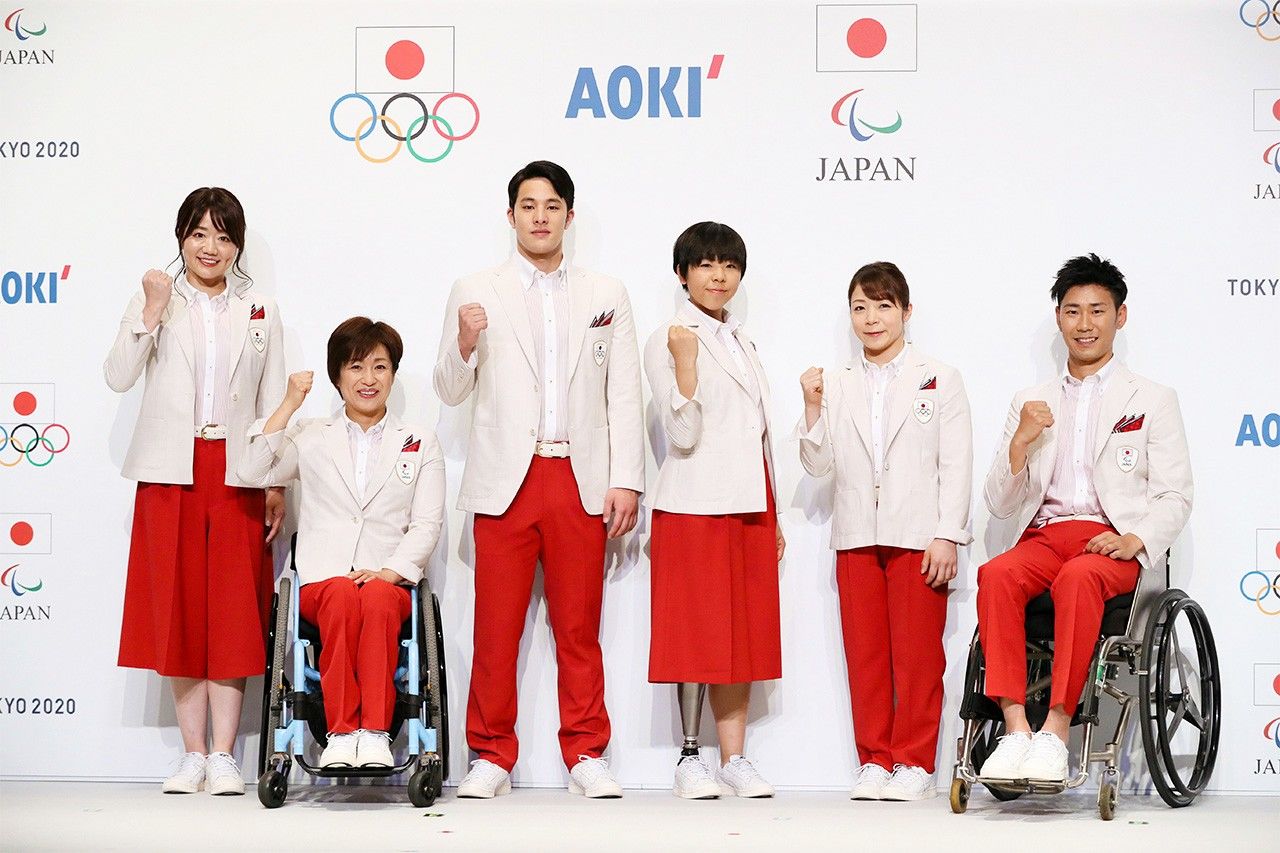 Official Japanese Olympic and Paralympic uniforms at the launch event in Tokyo on January 23, 2020. (© Jiji)

An Osaka University team announces that it has completed the world’s first transplant of cardiac muscle cells made from induced pluripotent stem cells into a patient with severe heart symptoms.

The government decides to bring back Japanese nationals by chartered plane from Wuhan in China, the epicenter of the coronavirus outbreak. The first three flights up to January 31 transport 565 people. 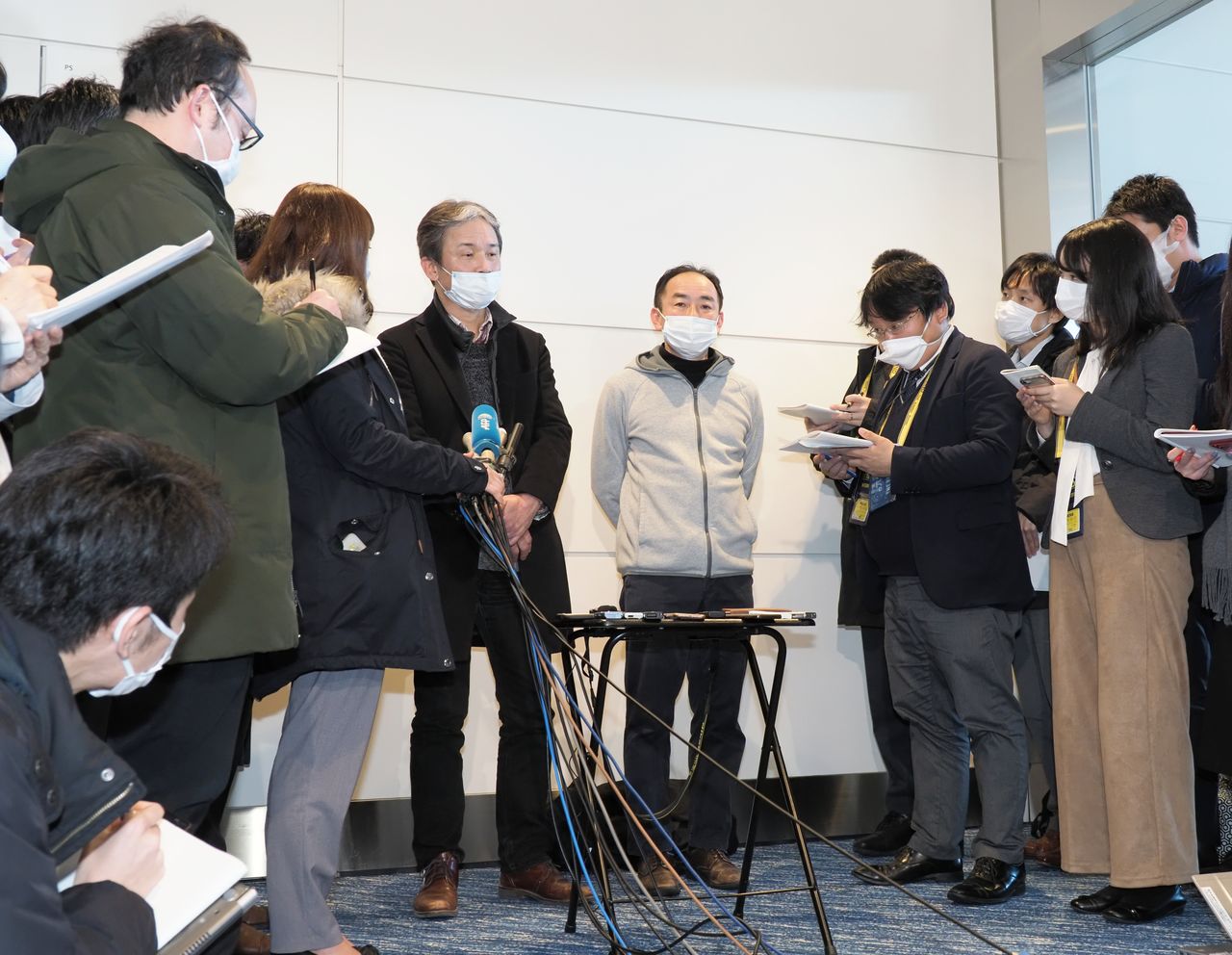 Japanese citizens flown home from Wuhan talk to members of the press at Haneda Airport on January 29, 2020. (© Jiji)

(Originally published in Japanese. Banner photo: The Olympic rings are lit up and fireworks set off in Odaiba on January 24, 2020, to mark six months until the start of the Tokyo Olympic Games. © Jiji.)