Society Mar 2, 2020
The spread of the COVID-19 coronavirus dominated Japanese headlines in February 2020.

The Maritime Self-Defense Force destroyer Takanami leaves its base in Yokosuka, Kanagawa Prefecture, on an information-gathering mission to secure safe navigation of Japanese ships in Middle East waters. It is the first new overseas assignment for an MSDF destroyer since 2009.

The Diamond Princess cruise ship is quarantined at Yokohama after a man who disembarked in Hong Kong was found to be infected with the novel coronavirus (later named COVID-19). The Ministry of Health, Labor, and Welfare begins testing of all passengers and crew members.

Tokyo public prosecutors file additional charges against lower house lawmaker Akimoto Tsukasa in a bribery case in which he is suspected of having accepted ¥3.85 million from a Chinese company that planned to open a casino in Japan. On February 12, Akimoto is granted bail after the Tokyo District Court rejects prosecutors’ request to refuse his release.

A high school student dies after being buried by a landslide from a slope beside a sidewalk in Zushi, Kanagawa Prefecture.

Nippon Steel announces that it will shut down the Kure Works facility in Hiroshima Prefecture, owned by its subsidiary Nippon Steel Nisshin, by the end of September 2023.

The Fair Trade Commission conducts on-site inspections of Rakuten’s head office in Tokyo. The inspections come based on suspicion that the company has violated the antimonopoly law by abusing its superior bargaining position with business partners in scrapping delivery fees for purchases above a certain price.

Baseball player and manager Nomura Katsuya dies in a Tokyo hospital at the age of 84. As a player he won Japan’s first Triple Crown, while as a manager he led the Yakult Swallows to three Japan Series championships. 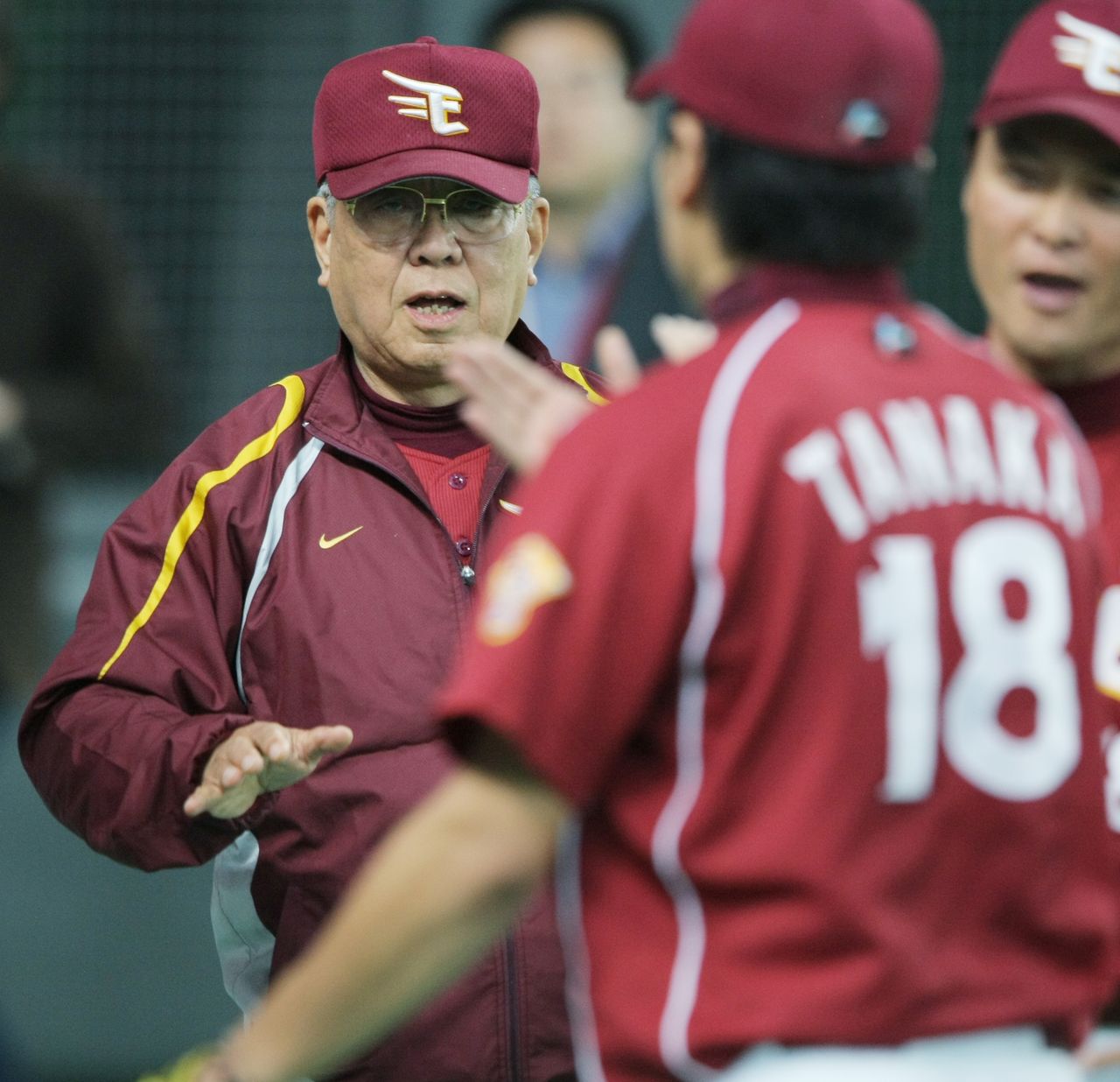 Nissan announces that it has filed a lawsuit against its former Chairman Carlos Ghosn at the Yokohama District Court, seeking ¥10 billion in damages.

The Ministry of Health announces that a Japanese woman in her eighties who had never visited China has died in Kanagawa Prefecture after contracting COVID-19. It is the first death on Japanese soil caused by the coronavirus.

A rehearsal for the Olympic torch relay is held in Tokyo, with 22 people running a total of 2.3 kilometers. 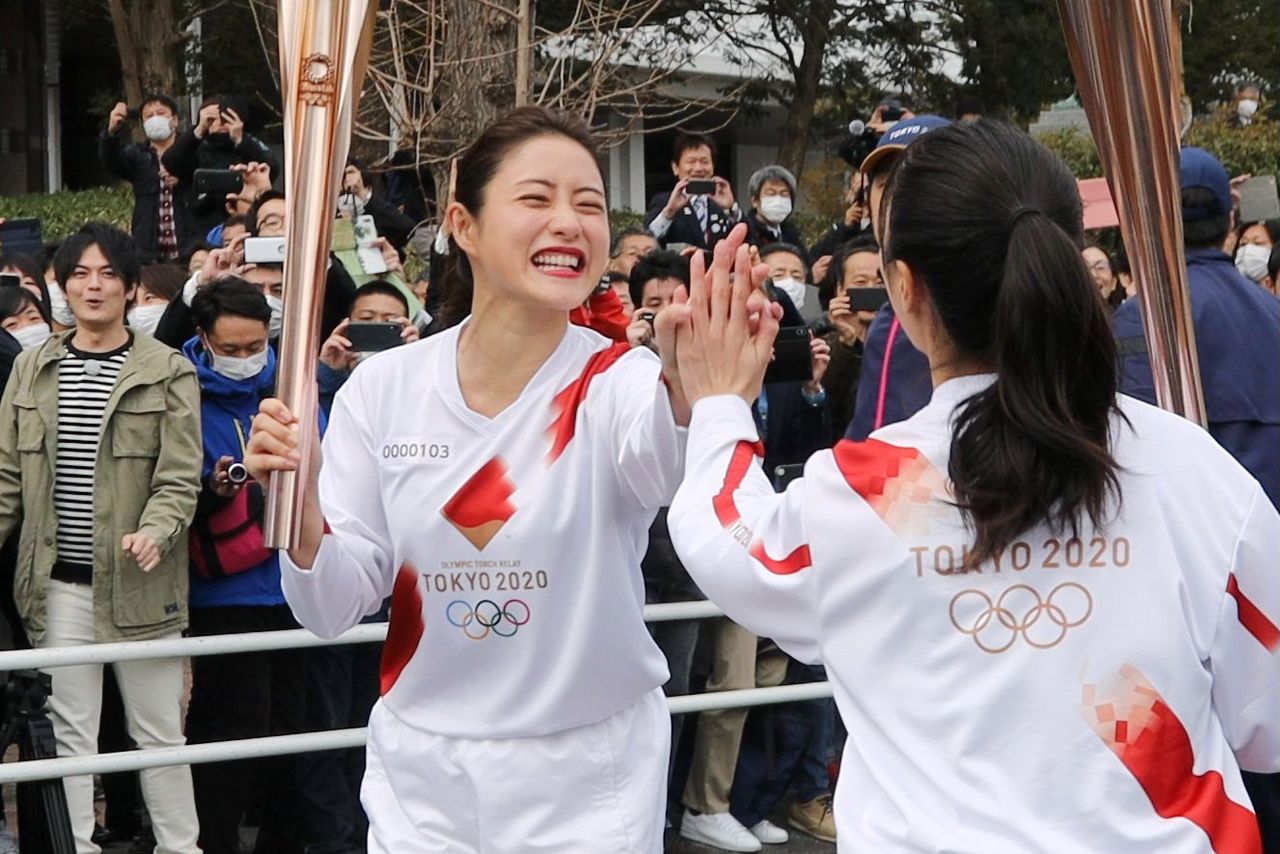 Actress Ishihara Satomi (left) gives a high five to the next runner during the Tokyo Olympics torch relay rehearsal on February 15, 2020. (© Jiji)

Prime Minister Abe Shinzō leads a meeting of a government task force to tackle COVID-19. He announces plans to boost measures to contain the coronavirus in cooperation with local governments. The same evening, the government dispatches a fifth charter plane to Wuhan.

The fifth charter plane sent to Wuhan arrives at Haneda Airport with 65 Japanese nationals and Chinese family members. The government says it has now brought back all Japanese nationals who wanted to be repatriated from Hubei Province, so it will not send any more charter flights.

The Cabinet Office releases its preliminary GDP figures for the final quarter of 2019. The economy shrank by 1.6%, or 6.3% on an annualized basis, in the first decline in five quarters.

The Tokyo Marathon Foundation decides to cancel entries from the general public in the race due to be held on March 1, amid the COVID-19 outbreak.

The government adopts new legislation to tighten regulation of tech giants. It will require greater disclosure from companies like Google, Apple, and Amazon to protect their customers and business partners. The government aims to put the legislation into force in 2021.

Passengers begin to leave the Diamond Princess cruise ship after a period of quarantine. A total of 970 passengers who tested negative for COVID-19 disembark by February 21. In the course of half a month, more than 600 people on the ship were infected with the coronavirus.

Osaka District Court sentences Kagoike Yasunori, formerly the head of the Moritomo Gakuen school operator, to five years in prison, and his wife Junko to three years in prison, suspended for five years, for fraudulently receiving public subsidies. The two were accused of receiving around ¥170 million in subsidies from the state government and the Osaka prefectural and municipal governments, but Kagoike Junko was found not guilty of defrauding the latter two.

The first hearing of the lay judge trial of Kurihara Yūichirō, charged with physical abuse leading to the death of his 10-year-old daughter Mia in January 2019, takes place at Chiba District Court. While he expresses regret, he denies some details of the charges against him.

Emperor Naruhito celebrates his sixtieth birthday, the first since he ascended to the throne. The usual public well-wishing in the Imperial Palace grounds is canceled due to the coronavirus outbreak. 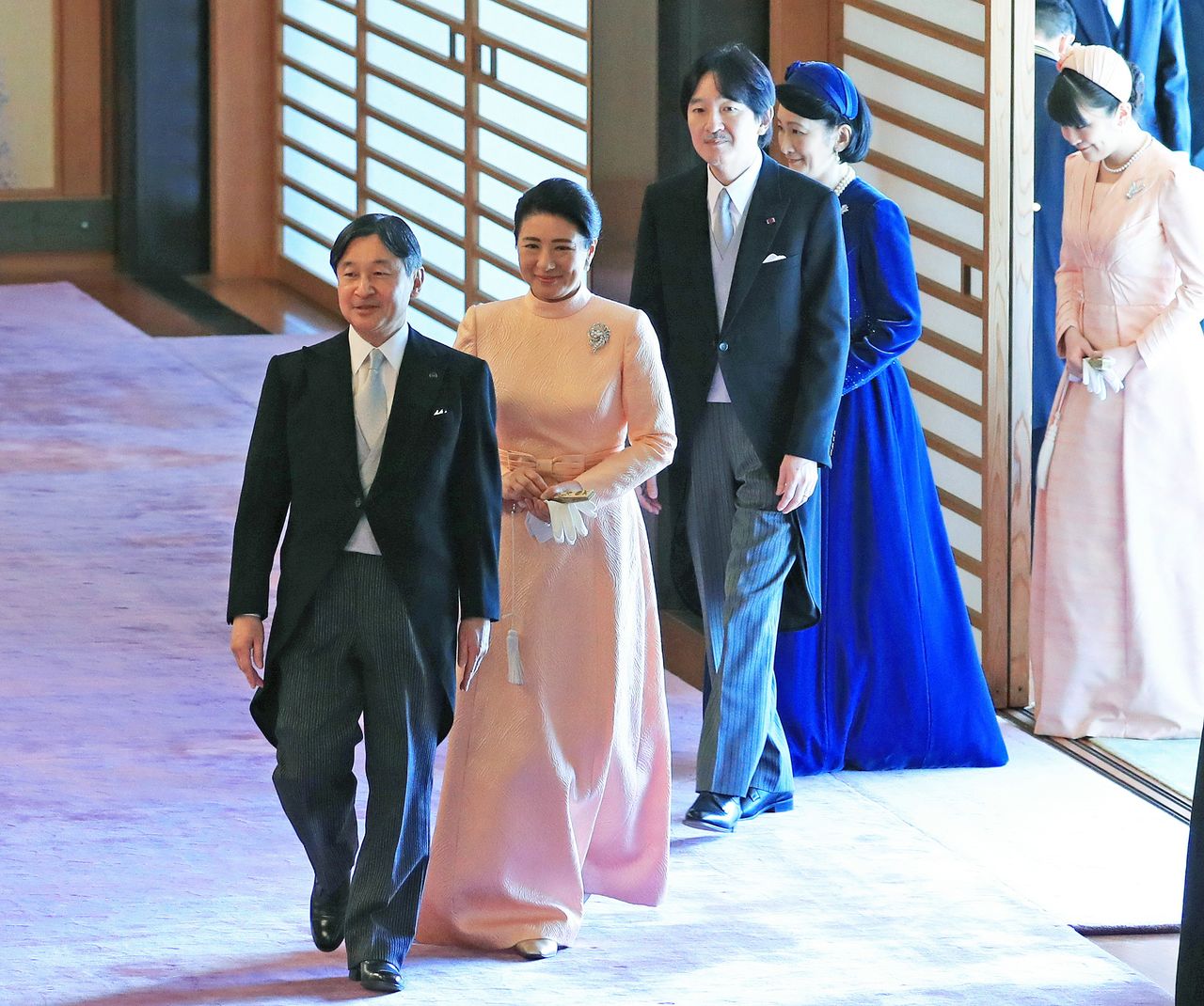 At a meeting of the COVID-19 government task force, a comprehensive basic policy is adopted with a focus on dealing with clusters of infected people across the country.

The government calls for the cancellation of major events, such as concerts and professional sports matches, over the next two weeks. All remaining preseason professional baseball matches will be played behind closed doors.

Prime Minister Abe requests the closure of all Japanese elementary, junior high, and high schools, as well as special schools for children with disabilities, from March 2 until the spring vacation beginning toward the end of the month.

As the number of infections in Hokkaidō rises, Governor Suzuki Naomichi declares a state of emergency and calls on residents to stay at home over the weekend. Operators of Tokyo Disneyland and DisneySea and Universal Studios Japan announce they will close from February 29 to March 15.