The yen drops to 140 against the US dollar on the New York foreign exchange market for the first time since 1998.

A three-year-old girl dies of heatstroke after being left in a school bus for five hours at Kawasaki Kindergarten in Makinohara, Shizuoka Prefecture.

The government eases tight border rules imposed due to COVID-19, increasing the cap on daily entrants from 20,000 to 50,000, dropping requirements for negative tests within 72 hours before departure to Japan, and no longer requiring foreign tour groups to be accompanied by guides.

The Liberal Democratic Party announces that 179 of its lawmakers have some kind of connection to the Unification Church.

The government decides to make payments of ¥50,000 to low-income households to deal with ongoing price rises.

Governor Tamaki Denny is reelected in Okinawa’s gubernatorial election on a platform of opposition to relocation of US Marine Corps Air Station Futenma from Ginowan to the Henoko coastal area of Nago. He defeats Sakima Atsushi, the former mayor of Ginowan, who supports the move.

Tht Tokyo Game Show opens at Makuhari Messe in Chiba Prefecture, welcoming visitors in person for the first time since 2019, and running until September 18. 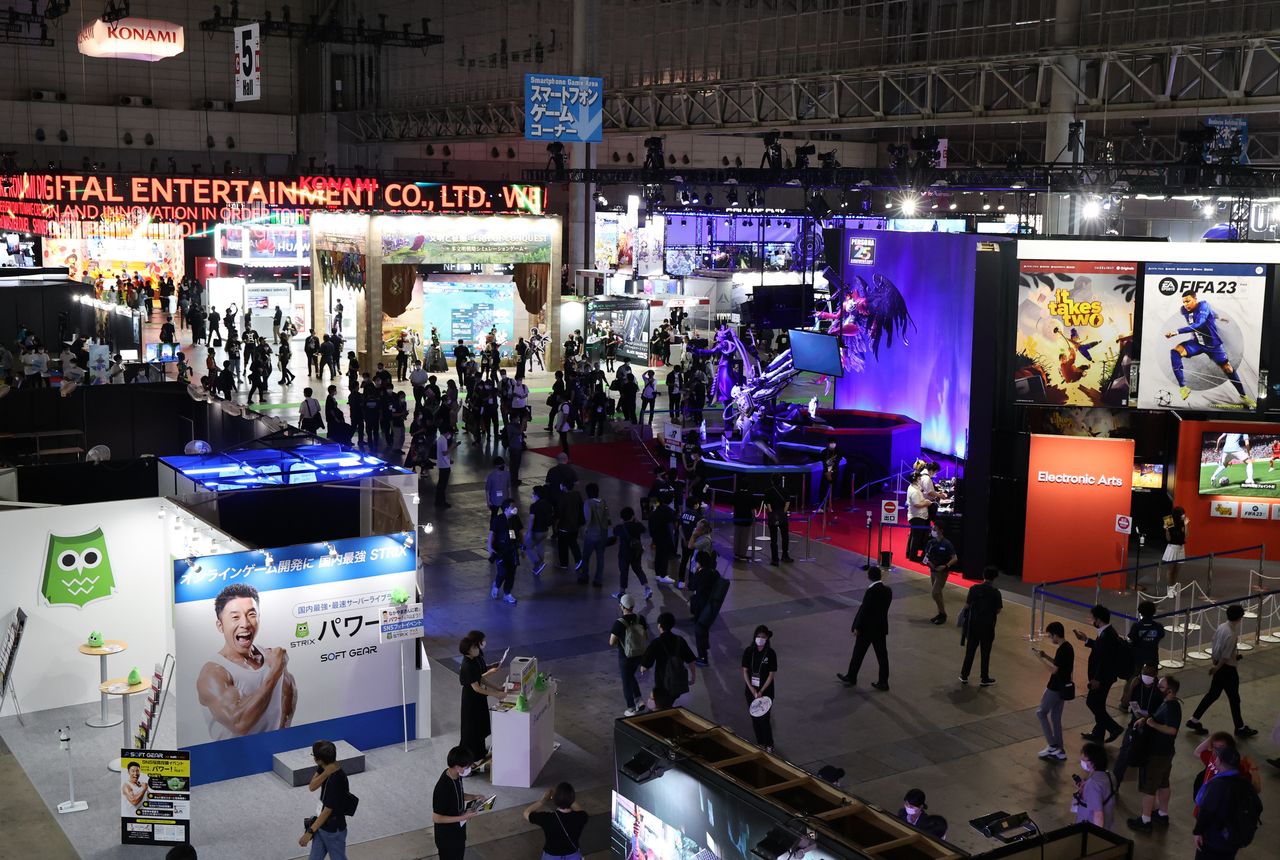 Typhoon Nanmadol comes ashore in Kagoshima Prefecture. New records for rainfall are set in parts of Kyūshū, Shikoku, and Chūgoku. There are two fatalities in Miyazaki Prefecture and 134 injuries from Kantō to Kyūshū.

The Ministry of Internal Affairs and Communications releases preliminary figures showing that the senior population (aged 65 and over) rose year on year by 60,000 to 36,270,000, accounting for 29.1% of the total population. Both of these figures are new records. Among Japan’s seniors, 25.1% are still in employment, and this percentage rises to 50.3% among those aged 65–69, topping 50% for the first time.

The consumer price index for August, published by the Ministry of Internal Affairs and Communications, rises 2.8% year on year to 102.5; the index excludes fresh food, which is subject to large price fluctuations. This is the highest rise since the increase of 2.9% in October 2014, due to the hike in the consumption tax from 5% to 8% earlier in the year.

The Ministry of Land, Infrastructure, Transport, and Tourism announces the first overall rise in land prices since 2019. Residential land prices increase by 0.1%, in the first rise since 1992.

Prime Minister Kishida Fumio gives a speech at the United Nations General Assembly in New York, condemning Russia’s invasion of Ukraine and calling for reform of the UN Security Council as part of necessary strengthening of UN functions.

The government and Bank of Japan intervene in currency markets for the first time since 1998, buying the yen and selling the dollar to halt the rapid weakening of the yen.

The Nishi-Kyūshū Shinkansen starts operations between Nagasaki and Takeo Onsen Station in Saga Prefecture. At 66 kilometers, it is the shortest of Japan’s Shinkansen lines. 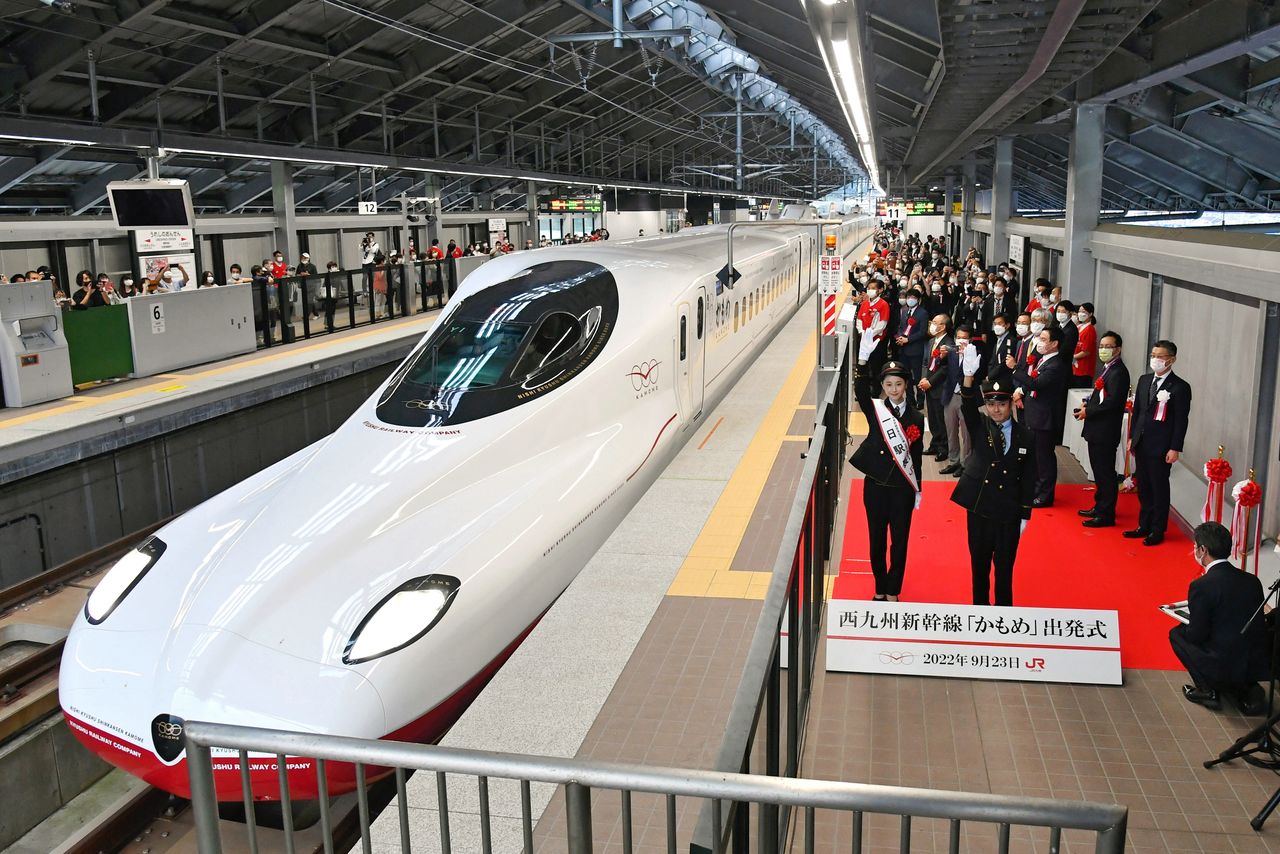 The Kamome train on the Nishi-Kyūshū Shinkansen line at Ureshino Onsen Station in Saga Prefecture on September 23, 2022. (© Jiji)

North Korea fires a ballistic missile toward the Sea of Japan, which apparently falls outside of Japan’s exclusive economic zone. It launches two further missiles on September 28, which also fall outside Japan’s EEZ, bringing this year’s total to 20.

Former Prime Minister Abe Shinzō’s state funeral is held at the Nippon Budōkan in Tokyo, attended by 4,200 people from Japan and around the world. It is the first state funeral for a former prime minister since that for Yoshida Shigeru in 1967.

The governments of Japan and China mark the fiftieth anniversary of the normalization of diplomatic relations with an exchange of messages by Prime Minister Kishida and Chinese President Xi Jinping.