Riding the Halal Wave: The Potential of Japanese Cuisine for Muslims

Halal is a growing buzzword among Japanese companies, particularly those in the food and service industries. Factors keeping halal hot are a booming tourist industry, relaxed visa requirements for many Asian countries with significant Muslim populations, and Tokyo’s winning of the hosting rights to the 2020 Olympic Games. On the ground this means more restaurants and hotels offering halal options and food companies gaining halal certification for their products. Shopping outlets have also joined the move to provide Muslim-friendly environments, as seen by major department store chain Takashimaya’s recent opening of a prayer room at its Shinjuku branch.

Business Interest On the Rise

It is in this environment that Japan’s first international forum and exhibition promoting halal was held. The Halal Expo 2014, which ran November 26–27 at Makuhari Messe in Chiba Prefecture, brought together certification agencies, Japanese businesses selling halal-branded products and services, and Muslim residents of Japan.

The expo featured presentations by experts on halal business, but the real highlight was a trade fair of Japanese-made goods, providing visitors with a firsthand experience of Japan’s halal market. Exhibitors ranged from market newcomers displaying a select number of products to veteran companies boasting their own halal-certified assembly lines. 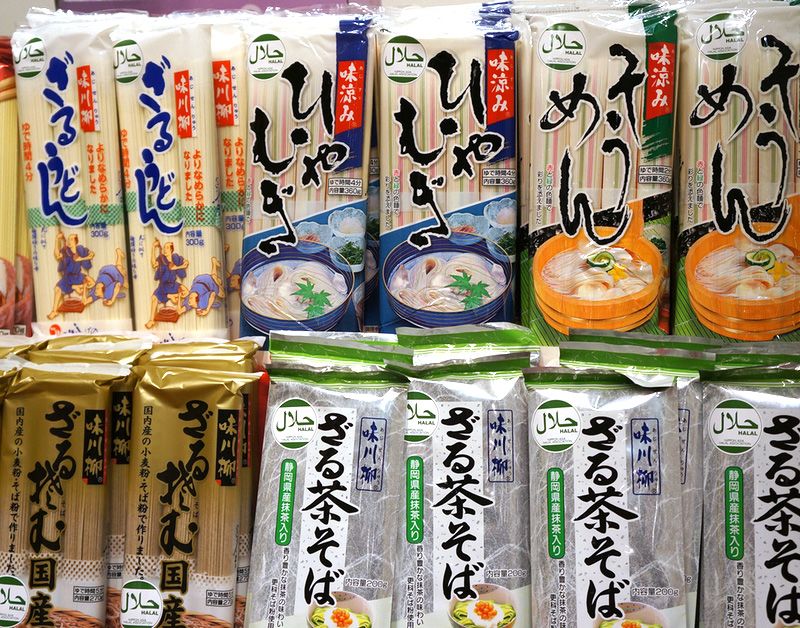 Assorted dried noodles. A sticker bearing the Halal mark can be seen on the upper left of each package.

Companies operating in Japan’s domestic market are struggling to face the country’s dire population decline, which is threatening economic prospects, and many are looking in earnest to market their wares overseas. Many have begun to set their sights on neighboring Asian countries, but as many have substantial Muslim populations—Indonesia in particular is the world’s largest Muslim nation—halal certification has increasingly become de rigueur. A dried noodle maker participating at the expo summed up this sentiment, saying, “One in five people in the world is Muslim. It’s hard to ignore a market that size.” This has translated into a boom for the Nippon Asia Halal Association, one of five companies in Japan providing halal certification. According to one representative, the company has seen 10% annual growth in its business.

Breaking into new markets is a steep challenge for smaller-sized companies, but the expo gave exhibitors the opportunity to first put their products directly in front of Muslims in Japan. “At the moment we’re concentrating on the domestic halal market,” explained an employee of a confectionary maker. “We’ll consider going overseas once our products are a little better known.”

The first step in expanding into Muslim markets is obtaining certification. This entails a certifying organization inspecting facilities and ingredients, as well as other aspects of production and transportation, to ensure they meet with the precepts of Islamic law. A final decision is then passed down by a scholar of Islamic law, or mufti. Companies passing muster can display a halal mark on certified products. Full inspection can be costly, though, and many companies choose to test the market by certifying only a handful of products at first. 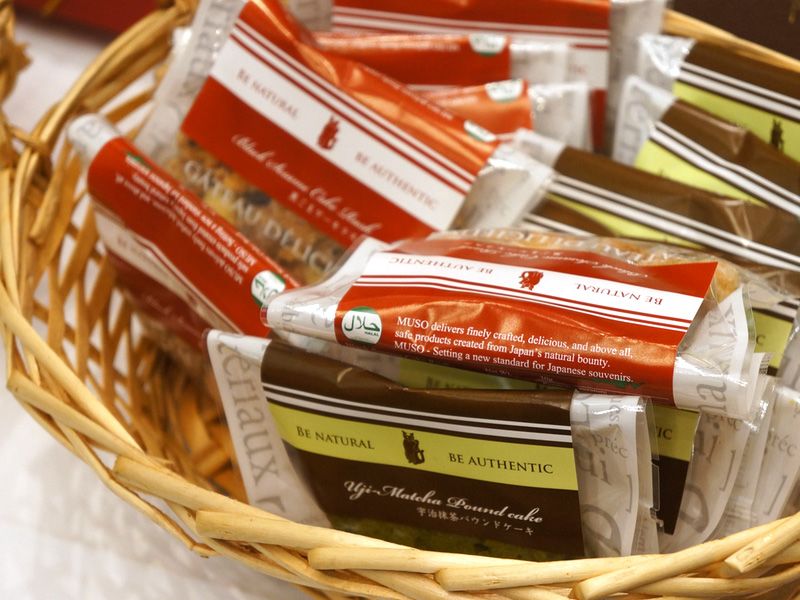 Halal certification in Japan can be a tricky business and can require a broader interpretation than might be found in Muslim countries. An Iranian seller of non-alcoholic malted beverages insisted that products are haram, or forbidden, if the offending ingredient was once present but has been removed, such as through heating or chemical processing. However, one certifying organization provided a different view on alcohol as haram, saying that a traditional product such as soy sauce, which normally contains 1%–3% alcohol from natural fermentation, will receive certification, as the sauce cannot be consumed for the purpose of getting intoxicated. However, mirin and ryōrishu, two varieties of cooking wine commonly used in Japanese cuisine, do not fall under this interpretation and are thus haram. The halal mark is backed by the decision of a mufti and is valid, so in the end, it is up to the individual to decide how strictly, or loosely, to interpret what is halal.

Another interesting aspect of the expo was the display of products that seem intrinsically halal-friendly, such as coffee, rice, and tea. According to an Indonesian visiting the expo, however, in a non-Muslim country such as Japan it is not always safe to assume all is well just by looking at the list of ingredients. Speaking to this, one health-food producer said, “The halal mark gives assurance to Muslim customers that our machinery is never used to process other items that are haram, such as products containing pork.”

Today’s Trend or a Lasting Need?

There was a distinct buzz among companies over Tokyo hosting the Olympics in 2020, with many seeing it as a once-in-a-lifetime opportunity to showcase their products. However, there was some unease as to the longevity of the halal boom and whether the domestic market is large enough to be sustainable. Prospects for turning a profit were a major concern: only companies that had made major investments in halal-friendly products were willing to give a timeline for climbing into the black. As a maker of prepackaged halal meals bluntly explained, “Japanese get bored of trends pretty quickly, so who knows where we’ll be in five or six years.” 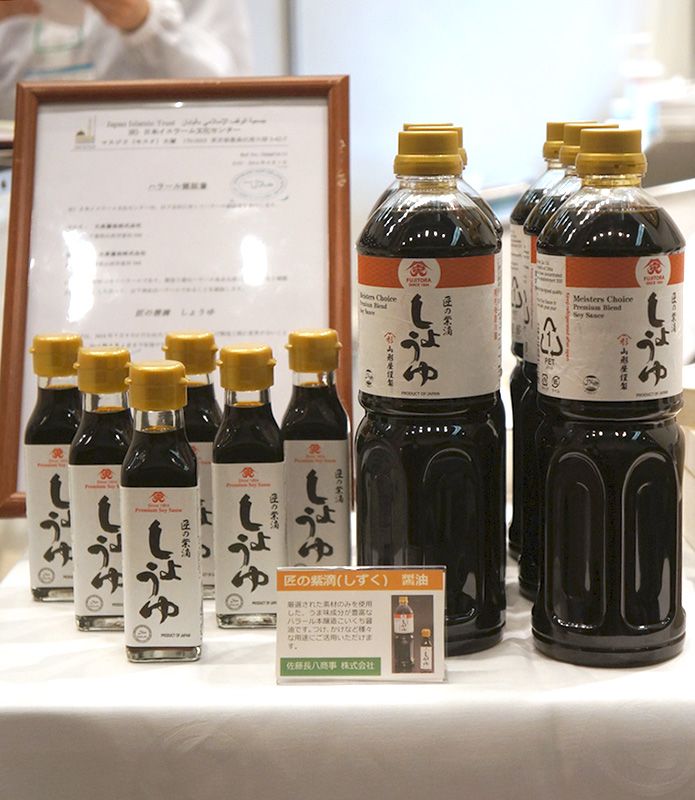 Bottles of halal soy sauce are displayed along with a framed halal certificate.

Japan’s embrace of halal has been a boon for Muslims in the country. As one expo visitor put it, “The country is getting easier and easier for us to live in.” It is still unclear to what degree Japan will accept halal-labeled products. General understanding of Islam is low in Japan, and the mark, usually displayed on products as a sticker, often blends in poorly with packaging designs.

Organizers, however, are hopeful that interest will continue to grow and that the next expo will be even bigger and better. This may prove to be the case, as the pride Japanese companies have in the “made in Japan” brand means they continue to work hard to get Japanese products known overseas. A maker of halal-friendly bentōs summed up this drive, saying, “Japanese food is healthy and delicious. That’s why we want more people around the world to enjoy it.”