A number of real animals take their English-language names from mythical creatures. Take Indonesia’s Komodo dragon, which drew comparisons to the fabled fiery lizard. And explorers called the blood-drinking bats they discovered in South America “vampire bats” after supernatural beings from European legend. (It was only later that bats became incorporated into and ultimately a central part of the vampire mythology.)

In the same way, some of the best-known fantastic creatures in Japanese culture share their names with animals. Here are a few. 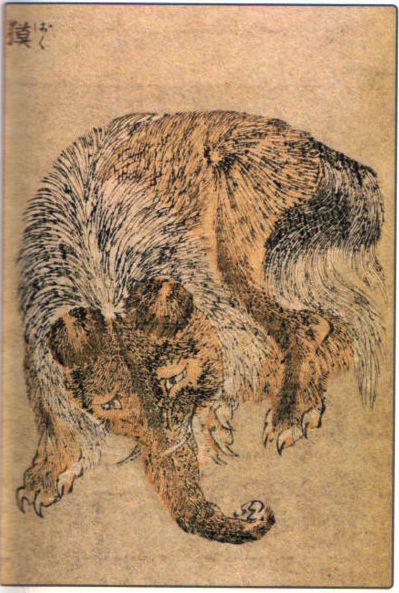 The baku is a mythical creature described as having the trunk of an elephant, the eyes of a rhino, the tail of an ox, the paws of a tiger, and the body of a bear. It has its origins in China, but when it made its way from the continent to the Japanese archipelago it gained a new characteristic—the ability to devour bad dreams. The Chinese baku was only said to ward off evil.

At the time of the hatusyume, or first dream of the year, it was so important to ensure auspicious visions that many Edo period (1603–1868) Japanese enlisted the baku in their efforts. Putting a picture of the lucky “treasure ship” of the Seven Gods of Fortune under one’s head while sleeping was part of a ritual to prevent a nightmare ruining the year ahead. Depicting an image of the baku (or its kanji, 獏) on the sail of this vessel was thought to provide even more protection.

In Japanese, the tapir is also named baku after the mythical creature, as its long snout is reminiscent of the latter’s “elephant’s trunk.” Visit a zoo in Japan, though, and you'll see that the animal's name is usually written in kana as バク. Nonetheless, the linguistic similarity has led to tapirs to some extent taking on dream-eating characteristics in the popular imagination, just as bats infiltrated the vampire legend. 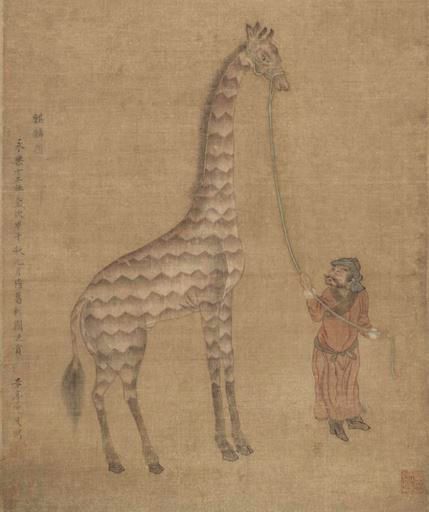 Painting of the giraffe presented to the Yongle Emperor.

The kirin is another chimerical creature originally from China. Resembling the unicorn with its single horn, it is one of the four major sacred animals in Chinese mythology, alongside the dragon, phoenix, and turtle. Due to the beast’s associations with sagacity and talent, in Japanese the phrase kirinji (kirin-children) refers to prodigies of whom much is expected. But it is perhaps most prominent today as the logo for Kirin beer.

Rarely seen, its appearances indicate the presence of a righteous leader on the throne. When admiral and explorer Zheng He brought a giraffe back to China from Africa in the fifteenth century, the Yongle Emperor saw enough of a resemblance to the kirin (in Chinese, qilin) in the exotic beast to use it to shore up his legitimacy. As the emperor had risen to power through a rebellion, the boost to his authority was very welcome.

For this reason, giraffes are still known as kirin in Japanese today and girin in Korean. However, the direct association has been lost in China, where the African animals are today called changjinglu, literally “long-necked deer.” 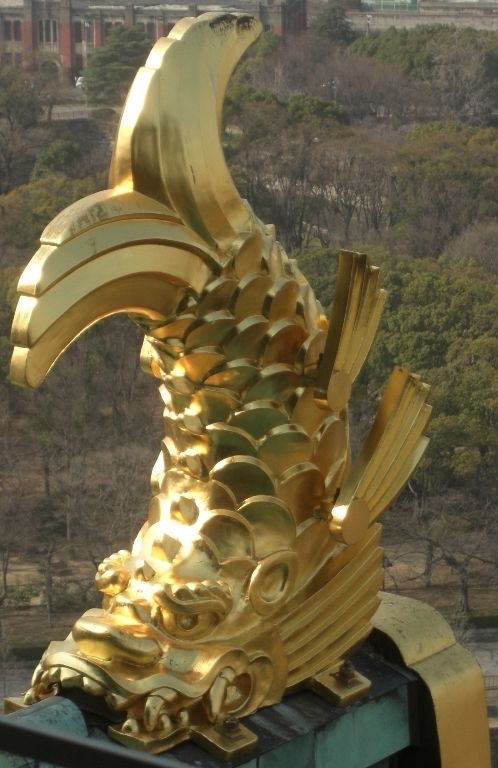 A third legendary beast is the shachihoko, sometimes known in its abbreviated form as the shachi. This sea creature has the body of a fish and the head of a tiger—its kanji, 鯱, neatly combines fish (魚) with tiger (虎). It is most commonly seen adorning the roofs of Japanese castles—the most famous examples being the gold shachihoko in Nagoya and Osaka—due to a belief that it could summon rain to deal with potentially devastating fires.

The orca, or killer whale, also known as the shachi, shares the same kanji. It was venerated by the Ainu and other northern peoples and credited with supernatural powers similar to those of the weather-controlling fabulous beast. Although it is not fully clear whether one was directly named after the other, they are now firmly linked by their shared pronunciation and written form.