Ise Shrine and Its Raucous Past Pilgrimages

With the 2016 Group of Seven summit set to be held in Mie Prefecture, US President Barack Obama and other world leaders will join the many travelers over the centuries who have made the trip to Shintō’s most sacred precinct, the Ise Shrine.

The Inner Shrine is dedicated to the sun goddess Amaterasu, the legendary ancestor of the Japanese imperial family. It houses the sacred mirror, said to have been presented to her by other deities, which is one of the three imperial regalia—along with the curved jewels and sacred sword—that have been passed down in the family since ancient times. But the mirror is not on public display, and Ise Shrine is far from being a typical tourist destination. 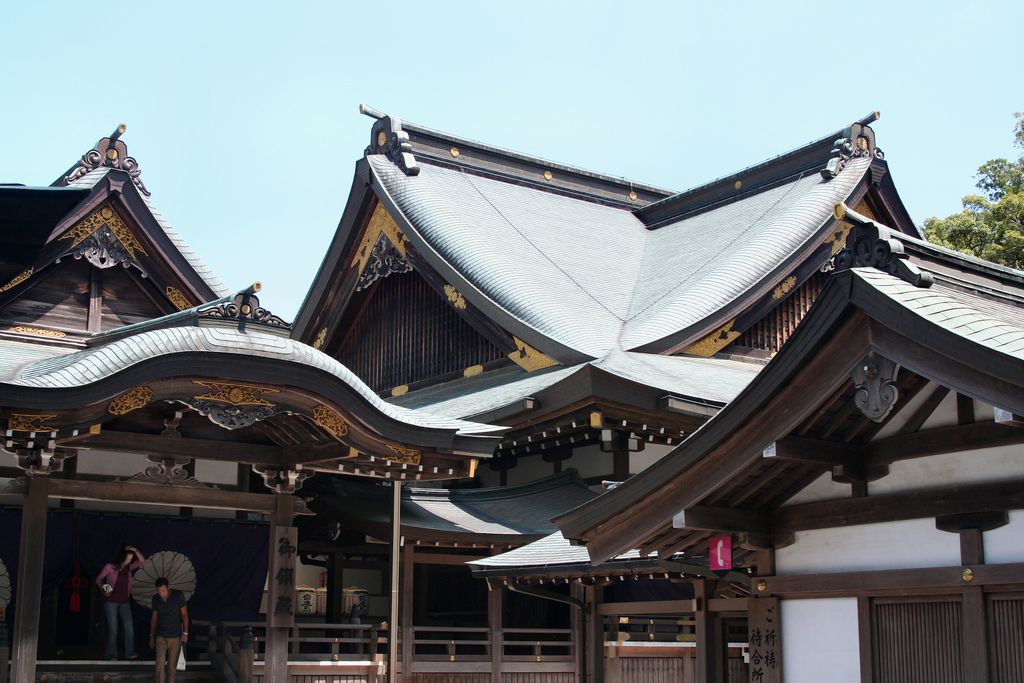 The Kaguraden, or Hall for Special Prayer, located outside the Naikū's main sanctuary.

The plain wooden buildings are most famous for being demolished and completely rebuilt every 20 years in a ceremony that has been repeated for over a millennium. Ordinary visitors are not even allowed to enter the main buildings for each shrine, which can only be seen from a distance, partially obscured by fences. And photographs are not permitted to be taken in what is very much a sacred site.

For those interested in Shintō, however, Ise Shrine has its austere charms, with the lack of tourist trappings allowing for a more contemplative experience. The Gekū, or Outer Shrine, is located in the city of Ise, around two hours’ train journey east of Osaka or an hour and a half south from Nagoya. The Naikū, or Inner Shrine, a few kilometers from the city of Ise, requires a short bus trip.

Spreading the Cost of Travel

Pilgrims have been making the journey for centuries, encouraged particularly by traveling priests from Ise Shrine known as onshi. These priests went from area to area during the Edo period (1603–1868) and acted somewhat like modern travel agents by not only spreading the word about the benefits of visiting the shrine but also helping to arrange accommodation and guides.

At the same time, towns and villages set up associations (kō) for spreading the cost of travel. All of the members contributed funds and every year they would draw lots to see who would go on the journey. Given this particular model, it was essential for the chosen pilgrims to bring back plenty of souvenirs for those who missed out in the lottery. The onshi and kō systems ensured a steady flow of visitors to Ise Shrine, and similar models were in place for other holy destinations.

The organized groups through the kō system were made up of relatively well-off men from towns and villages, but periodically a great flood of people from all levels of society tramped across the country to Ise in semi-anarchic mass pilgrimages. The largest of these took place in 1705, 1771, and most notably 1830, when it is estimated that some 5 million people participated—an extraordinary number, considering the population of Japan at the time was around 32 million. 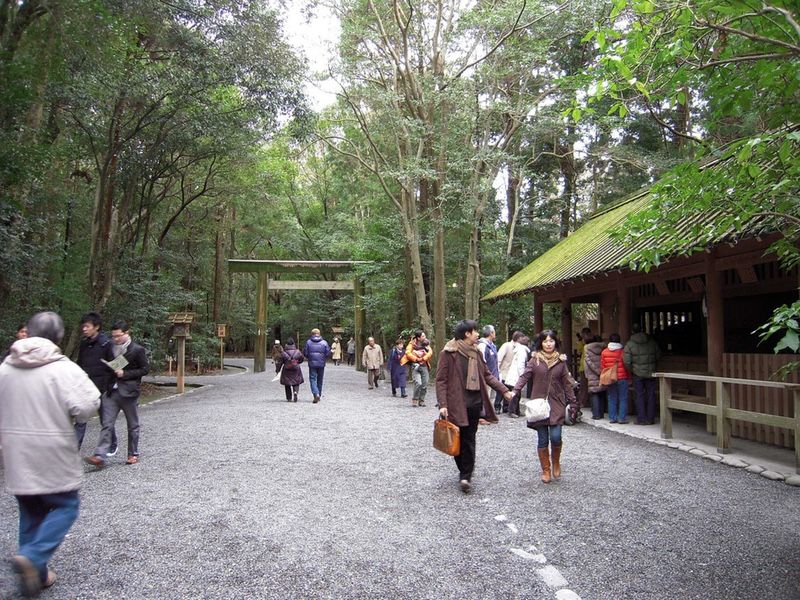 Visitors to the Gekū in Ise are a far cry from the massive crowds that once made the pilgrimage.

The journeys were spurred by the idea that around every 60 years, there were special spiritual benefits to making a pilgrimage—these years were okagedoshi and the mass pilgrimages were called okagemairi. The excitement was such that servants and laborers joined in without asking for permission from their masters in what became known as nukemairi, or slipping away on pilgrimage. Unlike the organized groups, they would rely on alms along the way.

In their complete break from typical everyday life, the huge movements fostered a carnival atmosphere with cross-dressing and wild singing and dancing. Many pilgrims went hungry amid the chaos, although rich merchants and peasants often felt intimidated and ended up feeding them. This element of social unrest became more prominent in 1867, on the eve of the fall of the shogunate, when a phenomenon related to the okagemairi saw general defiance of the authorities under the slogan ee ja nai ka (“Why not, it’s okay!”).

These mass Ise pilgrimages of the past, with their overflowing of religious enthusiasm and excess, present a sharp contrast to the sedate and organized coach tours of today. And no doubt, when G7 leaders come to the area in 2016, the Japanese authorities will not seek to dwell on the shrine’s relation to past moments of upheaval.