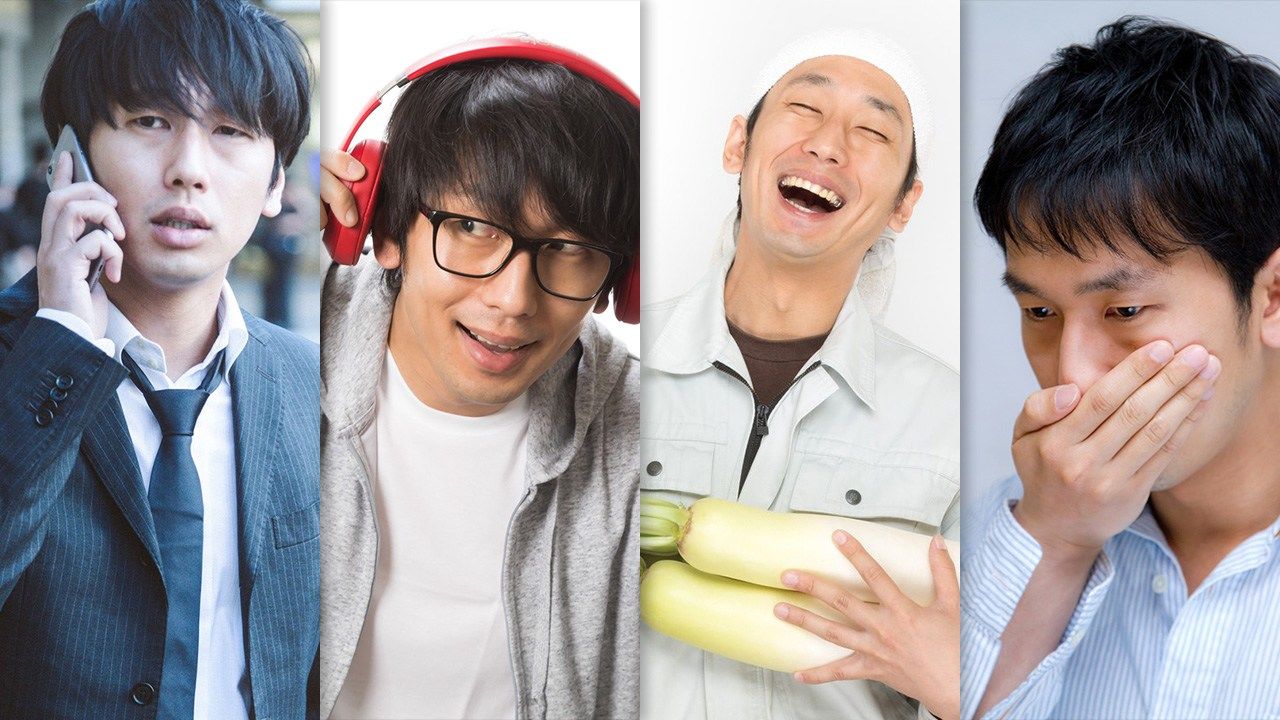 Society Work Economy Jan 17, 2020
One frequently seen face on the Japanese Internet is earning nothing for his modeling—and loving every minute of it. We talk to stock-photo model Ōkawa Tatsuya about his work. 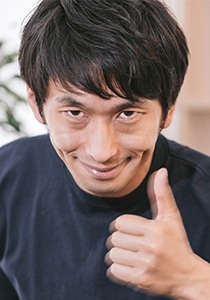 Stock photo model. Born in 1982 in Kanagawa Prefecture. After graduating from high school, worked as a salesperson at Uniqlo, a website coder, manager of a live music venue, and roadie for a professional wrestler. Signed on in March 2012 as a model working exclusively for Pakutaso, a photo archive that provides stock photos online for free. Despite receiving no compensation for his photos being uploaded to the Internet countless times, he believes that “working” for Pakutaso is his true calling.

The Face of “Everyman”

You can’t quite place the fellow. . . . Is he the quiet kid from junior high who was in the arts club? Or no, the man who sat at the end of the table at a meeting with a business partner? Then again, maybe it’s the guy from the gym in a raggedy T-shirt, pedaling away on the aero bike at the far end of the row?

The man’s name, in fact, is Ōkawa Tatsuya. He is the best-known person you have never heard of, and his is one of the most-seen faces in advertising in Japan. Ōkawa is a model who works exclusively for Pakutaso, a photo archive that provides stock photos online for free.

With unremarkable good looks but no standout features, Ōkawa flashes a mild, nonthreatening smile. His very ordinariness, something that people usually do not aspire to, is his greatest asset.

Pakutaso’s stock photos are available to anyone, professional or amateur, free of charge for immediate download without any bothersome formalities. On its user policy page, available only in Japanese, the company stresses that this does not mean its assets are in the public domain or available to be sold by second parties. But well within the limits of those rules, Ōkawa’s photo can be found everywhere online—in social media, blogs or news sites, or even on a flyer you might be handed on the street. His likeness appears in any kind of medium that uses photographs.

Ōkawa never aimed to be a model or to enter show business. After high school he briefly attended a film and video vocational school, but left after a year due to family circumstances. Wanting to acquire the basic skills for getting by in the world of work, he spent four years doing part-time work for Uniqlo, the mass-market “fast fashion” retailer known for its thorough employee training program. A good worker, he excelled at sales and received many performance awards. Looking back on that period of his life, Ōkawa says that his training at Uniqlo laid the groundwork for his work ethic.

Ōkawa next held a succession of jobs: at a video production company, as the manager of a live music venue, and as a roadie for the Great Sasuke, a masked pro wrestler. A turning point in his life came at the age of 29, when he was working as a mobile phone salesman at a big-box electronics retailer. He was injured in a motorcycle accident, which left him unable to stand for prolonged periods, so he had to give up sales jobs.

From a TV Show Poster to a Face on a Flyer

Looking for a different kind of job, Ōkawa was surfing the Internet when he happened to come across Pakutaso, which was recruiting models. He got in touch and was soon hired, although this was a job with no pay. Pakutaso is an outfit run on a shoestring by a handful of people who draw no salaries themselves and who provide stock photos to anyone free of charge. No matter how many times Ōkawa’s photo was uploaded to the Internet, he stood to receive not a single yen. Despite that, Ōkawa felt that the Internet’s time had come. He innocently believed that the more he got his face out there, the better his job prospects would be. 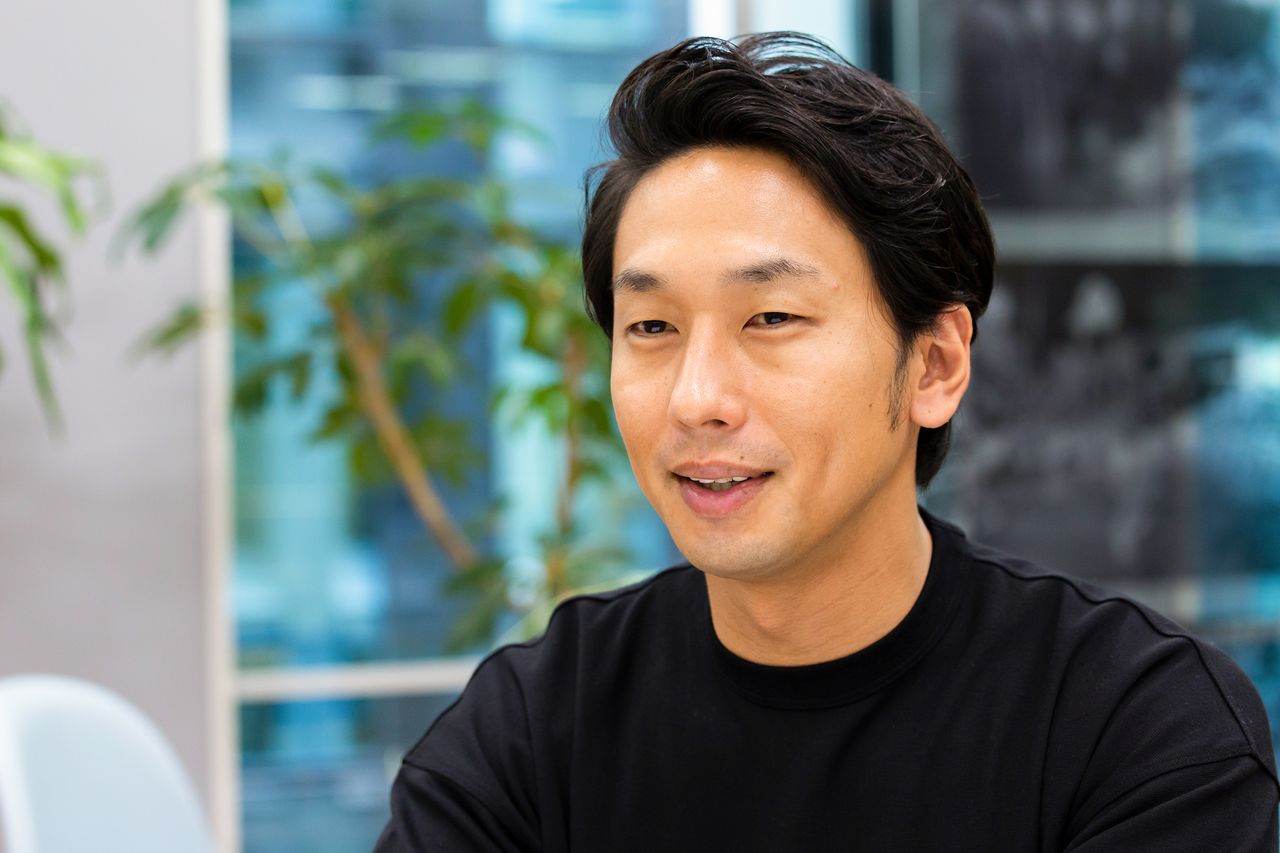 Ōkawa believes in doing his best in every job, with or without pay. Always on the lookout for an opening, he keeps abreast of what is popular online and even comes up with ideas for photo setups for which he believes there might be demand. So far, he has modeled for over 2,200 uploaded photos. The bulk of these have placed him in realistic, real-life situations for which there had previously been no stock photos available. He has posed as a disgruntled wage slave working unpaid overtime day after day, an investor who has lost his shirt in a virtual currency crash, a smoker in a darkened smoking room, and a loser on the dating scene.

One of the most incongruously popular photos for which Ōkawa has posed has been one showing him with his hands over his mouth and a look of blank amazement on his face. The caption reads “I’m working for way too little pay!” but for some reason it has often been used to depict a man worried about bad breath. One photo of Ōkawa posing with a guitar was used in a television drama, on a poster advertising a guitar recital that was part of the set. Although Pakutaso has rules against use of its assets by adult-oriented businesses, his likeness has also frequently been used on advertising for dating sites and flyers for on-call male companion services. Ōkawa has no idea where his face will end up next, and the photos earn him nothing. 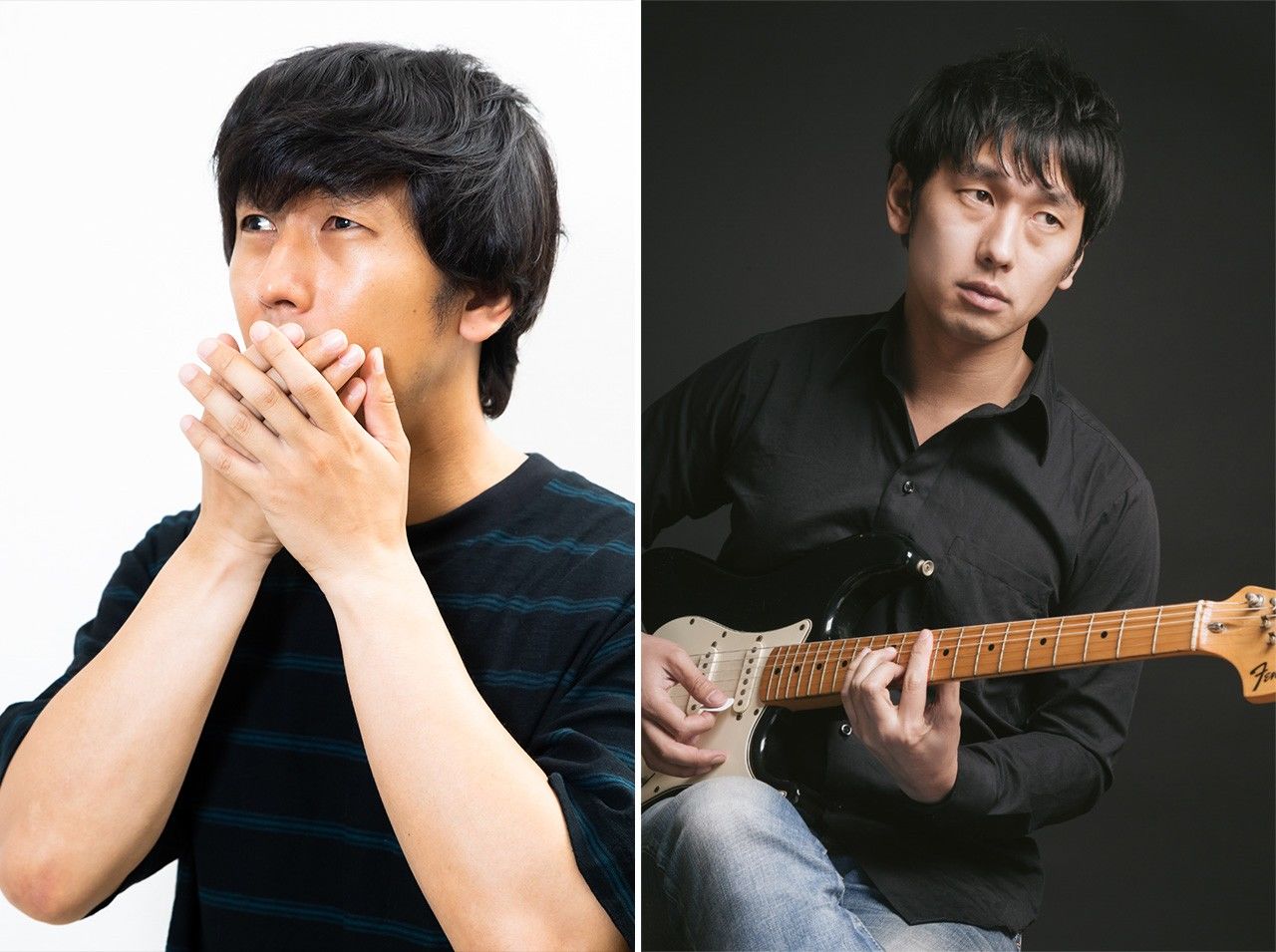 Ōkawa with hands over mouth (left) and posing with a guitar.

The One and Only

Age-wise, Ōkawa is part of the “ice age generation,” people who were frozen out of the job market 20-odd years ago when major employers cut down on hiring new job market entrants during a recession. He’s literally a poster boy for this unlucky cohort who failed to find regular employment. Oddly enough, though, he does not feel downhearted about his situation.

“Except for one year when I worked as a regular hire, all my other jobs have been part-time or on a contract basis,” says Ōkawa. “But I’ve always interviewed successfully. If something comes up and I have to quit a job, there’s always someone around who will give leads for a new one. Honestly, I’ve never had to worry about where my next meal was coming from.” His genius for smoothly gliding into viewers’ minds without ever making a poor impression makes him the ideal subject for free stock photos. Ōkawa believes this work is his calling too.

About working for free, Ōkawa says, “Anyone who comes up with a new business idea or technology is bound to be imitated. The big players will come in, and thanks to their piles of money they will provide more sophisticated services, so the front runners will inevitably get crushed. But my job—working for free as a stock photo model—doesn’t fit that formula, because no matter how popular I become there’s no money in it for imitators.”

Ōkawa is a truly unique character who seems to be enjoying life to the full specializing in working as a stock photo model. There are no others like him. In his first year working for Pakutaso, he landed a job as the model for a major company’s advertising campaign. The person in charge of the campaign, who had used Pakutaso’s stock photos before, asked specifically for Ōkawa for their photos. It turns out that being habitually exposed to the gaze of thousands of people had made him a familiar face. Thanks to this wide exposure, Ōkawa slowly began to be recruited for paying jobs.

Dreams of Getting Rich

Ōkawa’s childhood dream was to become a rich man. But even though his main occupation right now is working for free, that does not mean that money has lost its allure for him. “If I were to get paid, of course I could do a better job. Even at this point in my life, I’d love to get rich if I could.” 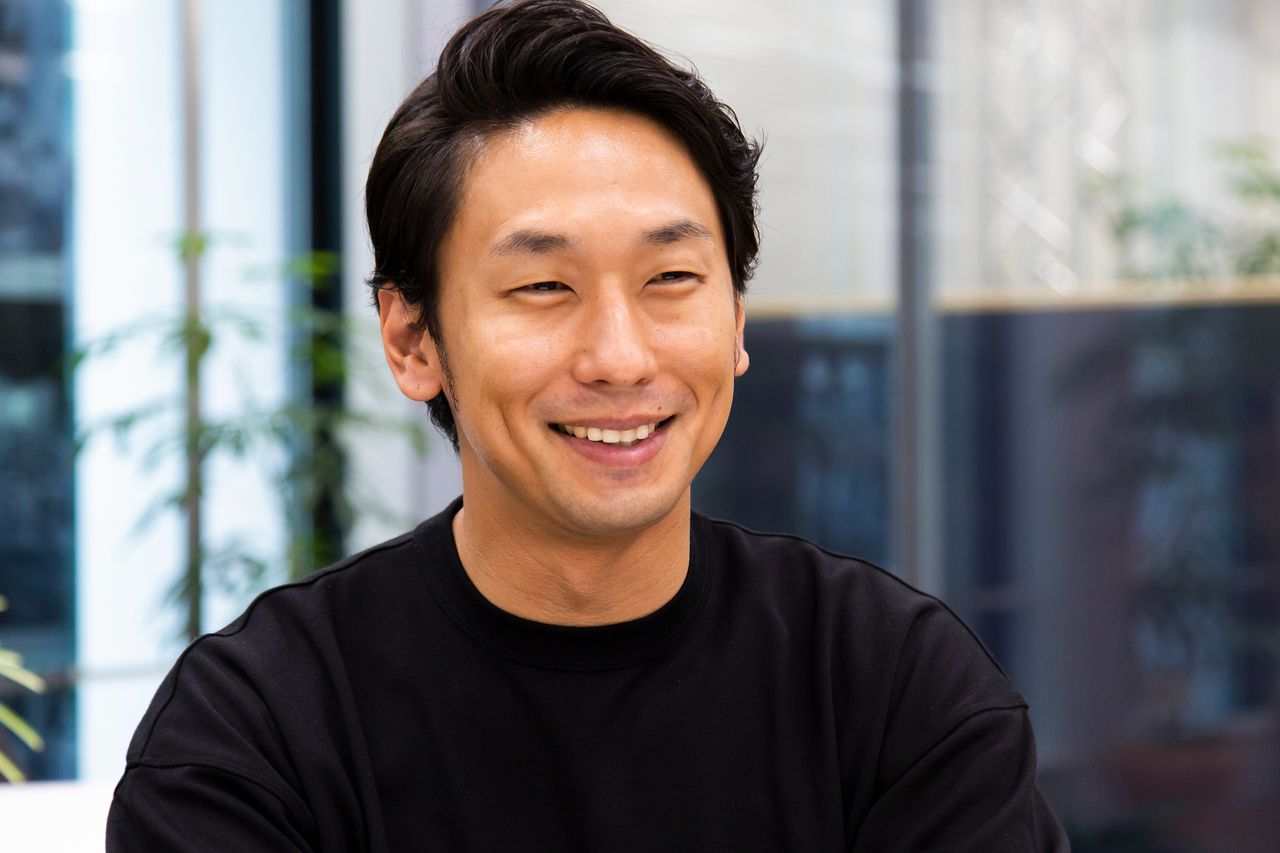 So, how would he use any wealth that came his way? In typical Ōkawa fashion, of course. For example, if he wanted to do a photo shoot of a surgeon performing an operation, it would be easy enough to obtain cheap props to allow him to masquerade as one. But discriminating clients want realistic photos. If he could shoot on location in an actual hospital or doctor’s office and have the process supervised by a genuine doctor, like television productions of medical dramas do, he could get some really good photos. But all of that costs money. If Ōkawa was rich, he says, he would like to spend money, not just time and ideas, on concocting high-quality, free-of-charge stock photo images. His ultimate dream is to provide stock photos of voyages to outer space.

Working for Free to the End

Ōkawa insists that he will continue working as a free stock photo model until he drops in his tracks. “Right now, the only images that come through are of me as a man in his thirties. But some years from now, I’ll be able to portray a bone-tired salaryman in his fifties. I think there is also probably a lot of demand for photos of older men who seem to have too much time on their hands. As I get older, I’ll pose for stock photos that will show me as a man at that particular stage of life. And at the end, it would be great if a funeral memorial photo of me went around as a free stock photo. That would be the crowning touch to my life.” 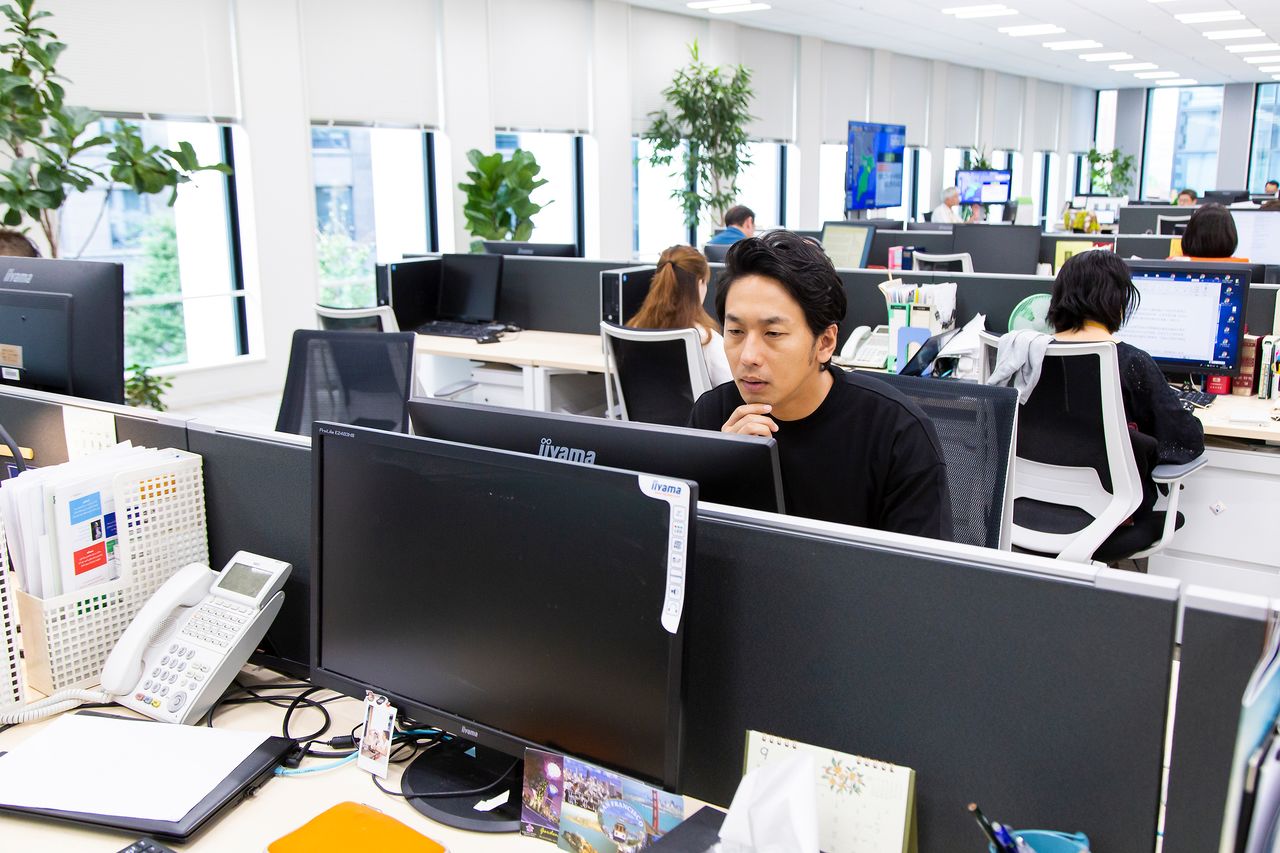 Ōkawa, looking all the world like an editor checking copy, plays the part at the Nippon.com office.