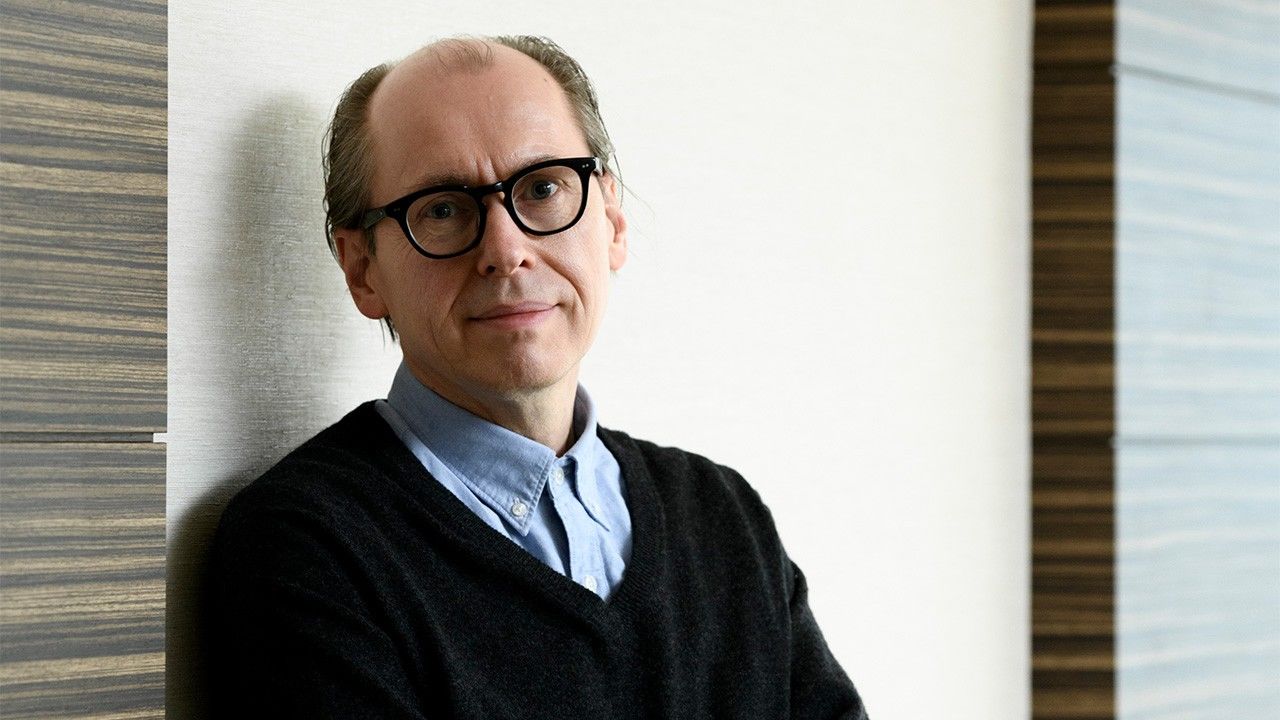 Culture Society History Feb 8, 2022
With the 2021 release of Tokyo Redux, Japan-based British writer David Peace brought his Tokyo Trilogy of crime novels set during the postwar US Occupation to a close. In this interview, he discusses the real cases that inspired the series and the social role that crime fiction can play. 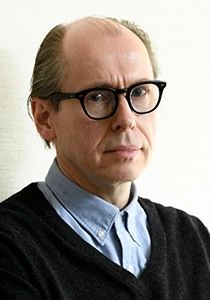 Born in Britain in 1967; has lived in Tokyo almost continuously since 1994. Named by Granta as one of the Best of Young British Novelists in 2003. Won the 2004 James Tait Black Memorial Prize for GB84. Other works include The Damned Utd, the Tokyo Trilogy, and Patient X.

In July 1949, the body of Shimoyama Sadanori, the president of Japanese National Railways, was found beside a railway track in northern Tokyo. He had been killed by a train, but it was unclear whether this was a case of suicide or murder. The day before he was last seen alive, Shimoyama had announced the dismissal of tens of thousands of rail workers, a move prompted by the US Occupation authorities, which wanted to curb the influence of trade unions and the Communist Party. 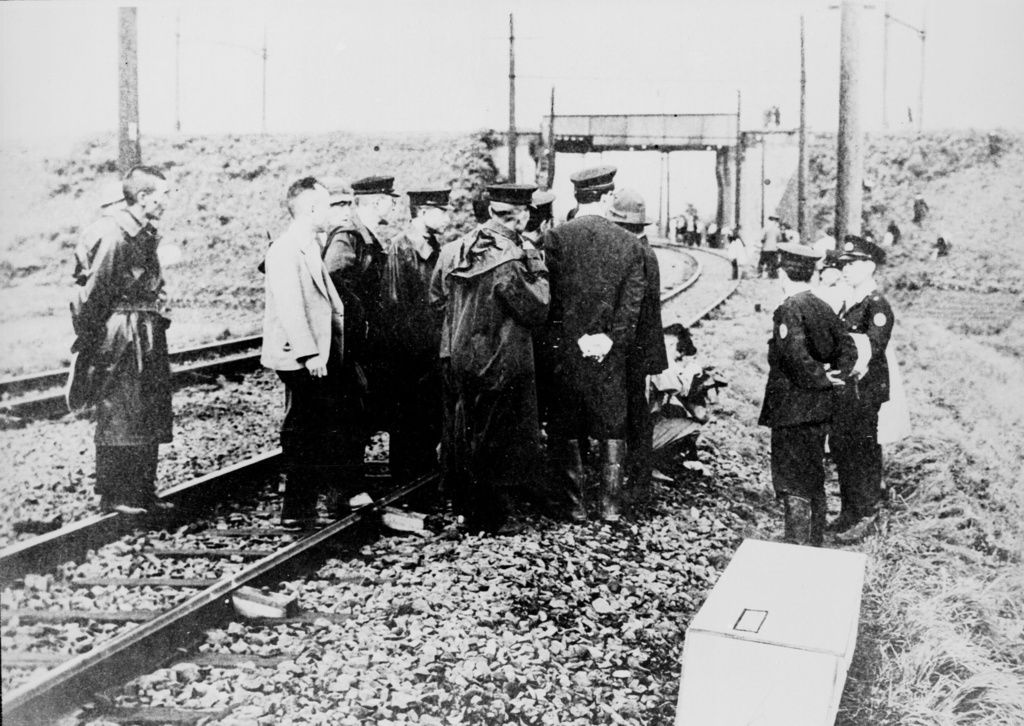 “The closest parallel I can see is the Kennedy assassination, in that it was the subject of endless, different theories,” says David Peace, whose latest novel Tokyo Redux is centered on the mystery of what became known as the Shimoyama Incident. “The initial idea was that he’d been murdered by trade unionists or communists or rogue elements of the Japanese communist and trade unionist movement. And that was seized upon by the Americans and the Japanese government as a reason to clamp down.”

With inconclusive evidence and no clear suspect, however, theories swirled around the politically charged death, which was the topic of droves of nonfiction accounts and became a narrative element in novels, films, and manga. Peace gives one prominent example as Nihon no kuroi kiri (Black Fog Over Japan), a 1960 nonfiction work by the mystery writer Matsumoto Seichō that popularized the notion that Shimoyama was murdered as part of a conspiracy by the Americans and the Japanese right wing.

Peace’s own fictional take on this complex event comprises the third book in his Tokyo Trilogy, each based on a different real-life case during the postwar US Occupation of Japan. Tokyo Year Zero took inspiration from the hunt for serial killer Kodaira Yoshio, convicted of killing at least seven women in 1945–46, while Occupied City sets its story around the January 1948 Teigin Incident. In this latter case, bank workers were instructed by a visitor claiming to be a public health official to drink medicine, which was actually poison.

Peace has lived in Tokyo since 1994, excluding two years from 2009 to 2011 in which he returned to his native Britain. He first came to Japan largely by chance, as he was teaching in Istanbul, but had to leave when the Turkish economy collapsed, and followed a recommendation from one of his roommates to relocate to Tokyo. Although he initially knew little about the country, he became fascinated by Japanese fiction and writings about Tokyo from long-term residents like translator Edward Seidensticker. 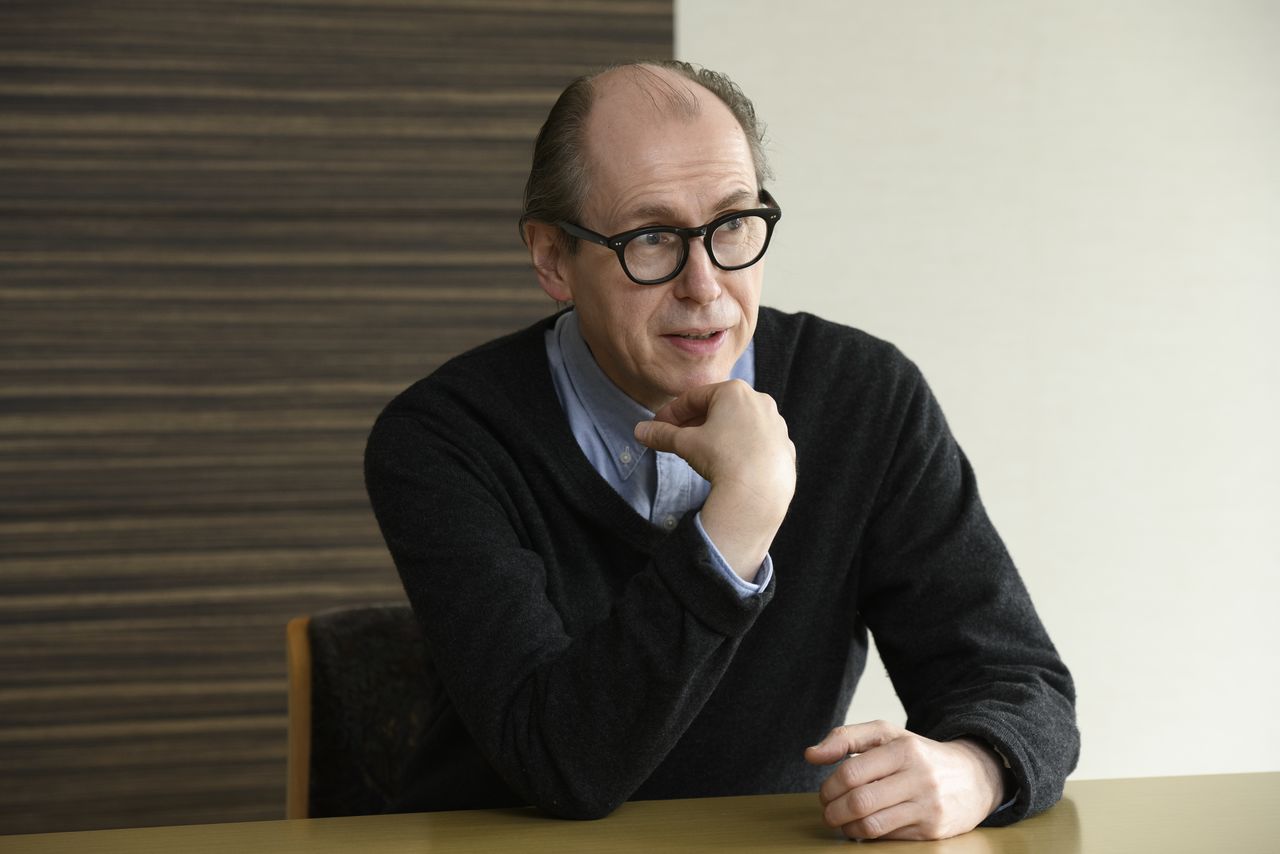 After establishing himself as a novelist with a number of books set in England, as he read more about his new home, Peace increasingly wanted to write about it. At a meeting with Nagashima Shun’ichirō (an editor at the publisher Bungei Shunjū) to discuss the possible translation into Japanese of his GB84, Peace outlined his idea of a series set in Tokyo. Nagashima offered his support and access to the publisher’s archive, along with assistance with translation of historical documents and other material.

Despite the superficial modernity around him, Peace was conscious of the past destruction of the area of Tokyo in which he lived, first in the Great Kantō Earthquake of 1923, and then in 1945 fire bombings. The first book in the trilogy is set in the devastation of 1946. “Tokyo Year Zero was born specifically out of trying to empathize with the people who had survived the war and how they then rebuilt themselves and their lives,” Peace says.

Another reason for the choice of historical setting was how influential it was in shaping Japan. “The Occupation period was from 1945 to 1952,” Peace says, “It’s a very short time in the history of the country, yet I think to understand contemporary Japan, you have to know about the transformations that happened then. Essentially, Japan’s present-day political structure was formed during those years.” This time of deprivation and external control also provided the environment for the crimes the books focus on.

“Take the serial murders by Kodaira Yoshio. He was only able to lure his victims to their death by the promise of work and food,” Peace comments. “At the time of the Teigin Bank Incident, epidemics were rife so people believed that they could suffer from typhoid, and if someone was wearing an armband claiming a position as part of the American Occupation, they were forced to obey them.” As for Shimoyama, notes Peace, “He was forced to lay off tens of thousands of men as the result of directives from GHQ.”

Its Own Small Trilogy

While the first two books in the trilogy were published in 2007 and 2009, it took over a decade before Tokyo Redux appeared in 2021. In part, this was a time during which the author got to grips with the extensive material and various theories about the Shimoyama case. Peace also says, “I didn’t realize that I needed to set it over the three time frames. I wanted to give a sense of how the case changed and how people’s perceptions of it altered.”

The third book in the series, Tokyo Redux, is its own small trilogy, with sections set in 1949, the year of the death; 1964, which saw both the expiry of the statute of the limitations on the Shimoyama case and the culmination of postwar reconstruction for the Tokyo Olympics; and late 1988 and early 1989, when the long Shōwa era (1926–89) came to an end with the illness and death of Emperor Hirohito.

After the obsessive rhythms of Tokyo Year Zero and the fractured, experimental style of Occupied City, Tokyo Redux is more straightforward in its prose, but still resistant to the kind of closure typical of the mystery genre. Its labyrinthine investigations tend toward greater obscurity rather than clarity, as might be appropriate for a famously unsolved puzzle. Like the earlier books in the trilogy, it has been translated into Japanese and well-received among Japanese readers.

One of the more striking characters is Donald Reichenbach, an aging translator and former CIA operative, who is the central figure in the elegiac third section, mournful with memories of the Shōwa era. Peace notes inspiration from the lives and writings of people like Donald Keene, Donald Richie, and Edward Seidensticker, but stresses that the character is fictional. In his initial research for Tokyo Year Zero, Peace actually met Seidensticker and Richie, who had both first come to Japan during the Occupation.

Whether set in Japan or Britain, most of Peace’s novels are based on real events. What does he think the role of fiction is in looking back on the past? “I think what fiction can do is to illuminate the history, and also to give an emotional involvement for the reader that’s harder to do in nonfiction,” he says. “I try to put myself and then the reader back in that moment.”

He also emphasizes the social role of his main genre. “Crime writers have an opportunity to explore the times and places in which crimes occur,” he says, while expressing mixed feelings about the use of such themes for entertainment alone. “There are a number of left-wing or liberal crime writers who have used the literature to say something substantial and meaningful about the societies they’re writing about. Matsumoto Seichō would be a good example.”

Peace cites his two biggest influences as the “odd combination” of James Ellroy and Akutagawa Ryūnosuke, commenting that “Akutagawa does not get the recognition he deserves outside of Japan.” A novel on the Japanese author called Patient X—peppered with translations, rewritings, and pastiches of Akutagawa’s works—was one of the two books he wrote in the years between Occupied City and Tokyo Redux. The writer also influences the Tokyo Trilogy.

Currently Peace is working on a book about former British Prime Minister Harold Wilson. He does, however, plan to write about Japan again at some point. A friend suggested that writing about the end of Shōwa was also a way of writing about the end of the Heisei era (1989–2019). Now it has finished, as a period that Peace himself lived through most of in the country, he says, “Heisei Japan has a lot of dark tunnels and trapdoors that I feel tempted to explore.”