"Bentō": A Feast for the Eyes and Stomach

Thinking Out of the Box: French Retailer Selling “Bentō” Goods to Global Fans

Culture Sep 26, 2017
Photographs posted on sites like Instagram and Facebook have greatly raised the profile of Japanese bentō lunches, inspiring admiration and imitation around the world. Thomas Bertrand, originally of France and now based in Kyoto, started an online service in 2008 that supplies lunchboxes to help international fans enjoy bentō culture. 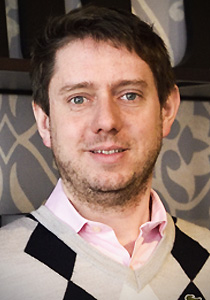 A Dream of Japan

Thomas Bertrand grew up watching 1980s anime like Dragon Ball and Captain Tsubasa. “The Japan I saw in anime was nothing like France, and it made me want to visit one day.” He achieved this goal in 2002, going to Hiroshima, Kyoto, Nara, and Tokyo. Of these, he particularly liked Kyoto as a city that did not feel too big. He studied at Kyoto University in 2003, and continued to live there afterward on a working holiday visa.

“I wrote a French-language blog about my life in Kyoto. Around 800 people visited the site each day, including many who said they wanted to talk with me when they traveled to Japan. The people I met and the network I built through my blog helped me establish my current business.” 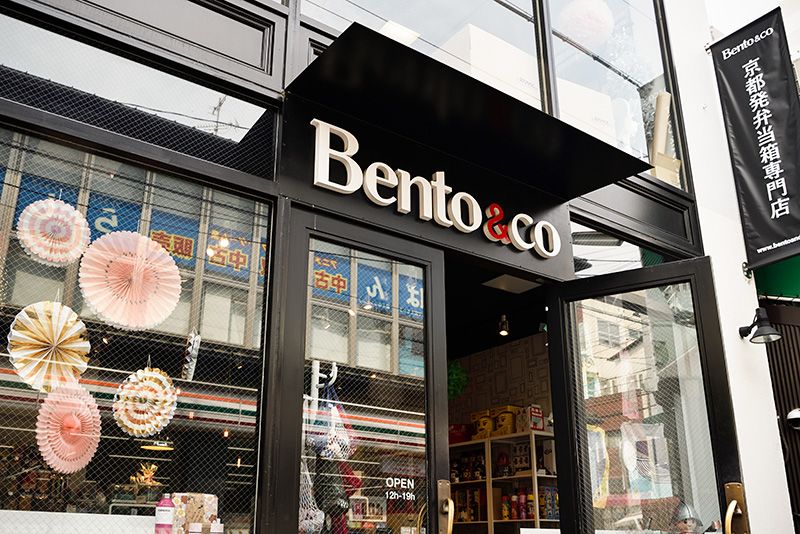 Bertrand’s Kyoto shop, which opened in 2012.

An Idea from Mother

At the same time as writing his blog, Bertrand was planning to launch an online shopping service. Then his mother told him about an interesting article introducing Japanese bentō recipes in a French magazine, and he felt certain he had the perfect idea for a successful business. He says it was less than a month before he started his company. 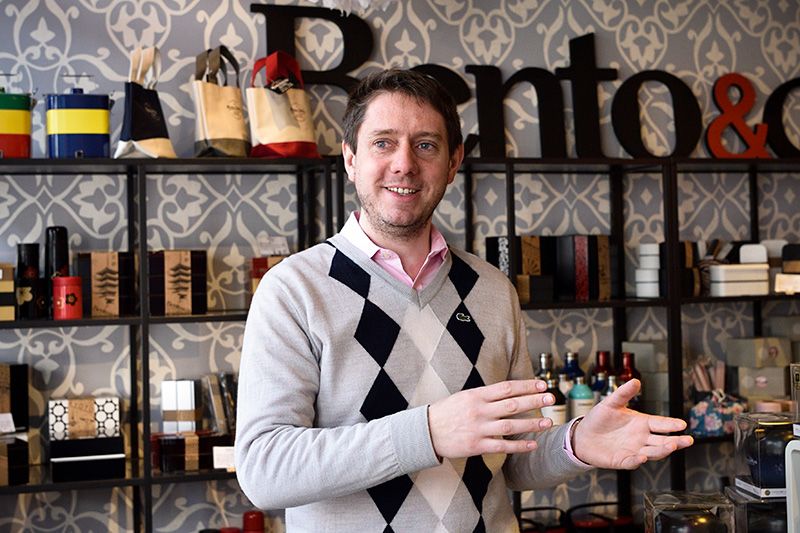 Bertrand talks of his love for bentō.

“Many French mothers want to give their children healthy, tasty, homemade lunches. But there weren’t any shops in France selling lunchboxes like the ones in Japan. This made me confident that offering them online would be a hit.”

Spurred on by word of mouth among readers of his blog, Bertrand’s bentō box shopping service immediately won fans. His instinct had proved to be correct. 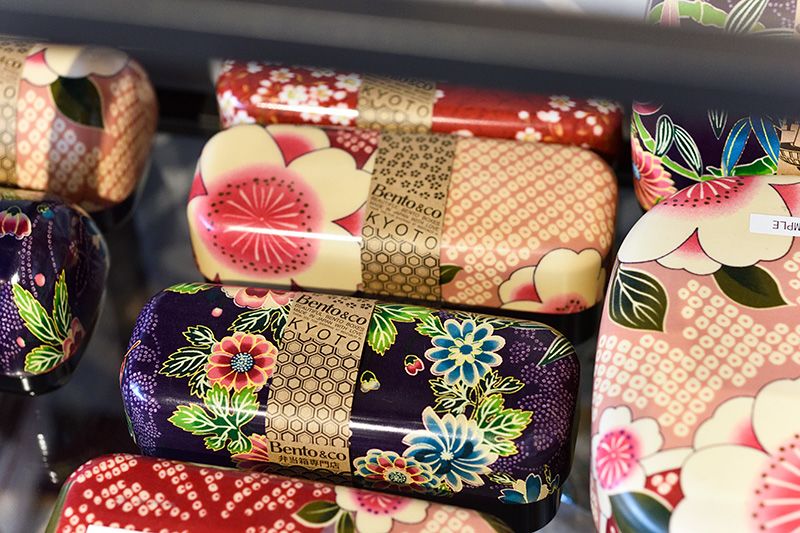 While it is common all over the world to carry a packed lunch with sandwiches or a meal to reheat at the office, Bertrand feels that the bentō has its own individual appeal.

“This unique culture of filling a special box with a well-balanced variety of foods that are also pleasing to the eye exists only in Japan. It becomes a surprisingly artistic means of expression. For example, kyaraben, where the food is shaped to look like famous or cute characters, have developed into a form of communication between the person making the bentō and the person eating it. Every day, children around Japan receive such kyaraben messages from their mothers or fathers.” 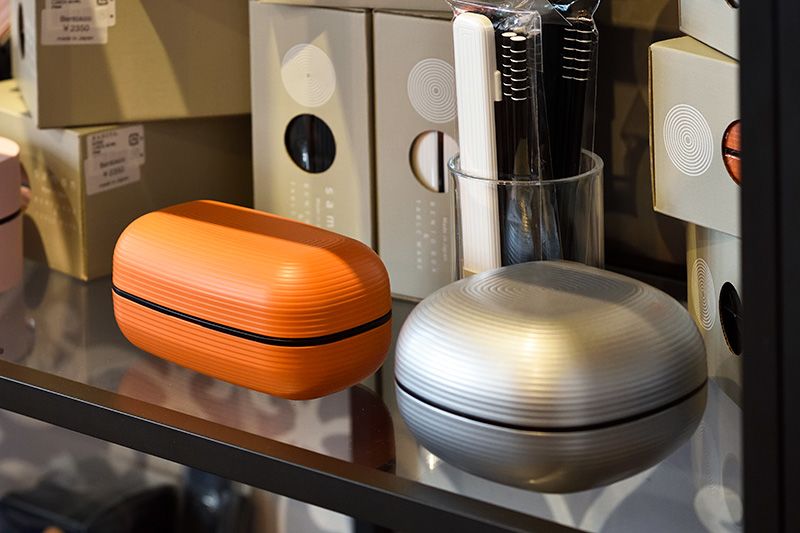 Bertrand started an international bentō contest on his blog, which entered its ninth year in 2017. Each competition has a different theme, such as “noodle bentō” or bentō made using pre-decided ingredients. Contestants enter by sending in pictures of their creations. Prizes like roundtrip tickets to Japan and hotel rooms in Kyoto push the standards up each year.

The number of participants has risen steadily over the years. In 2017, there were 172 entries from 28 countries. The winner in the online vote was an American who created a cute Totoro bentō with noodles. Among the other rankings were entries from France, Australia, and Germany, demonstrating how Japan’s bentō culture continues to spread abroad. 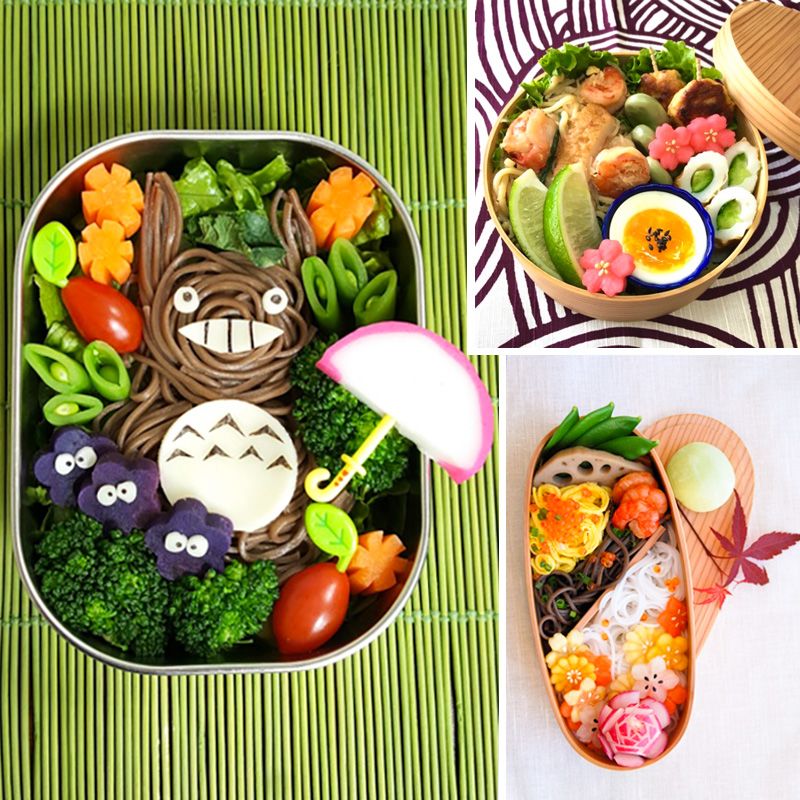 Clockwise from left, a Totoro bentō by Sheri of the United States won the 2017 online vote, followed in second place by a well-packed round bentō by Yuki from Japan and in third place by a bentō with colorful flowers by Camille of France.

“The rise of social networks like Facebook and Instagram has boosted the number of people making bentō around the world. Since everyone started getting iPhones, photography skills have climbed to another level. People are motivated to make elaborate, beautiful bentō so they can share them online as well as eat them.”

Incidentally, there were more than 1.8 million posts on Instagram using the hashtag #bento at the time of writing in July 2017. Most of these were posted from outside Japan. The word bentō is increasingly recognized worldwide, and Bertrand has played a part in this change.

His shop sells a huge variety of lunchboxes, from traditional wooden magewappa and cute maiko and ninja boxes to bowl-shaped bentō for salad. In addition, he has teamed up with manufacturers on a number of limited-edition products. In some cases he has even influenced the design of boxes, such as those based on kimono. Bertrand found the boxes to be too small to offer to overseas customers, so he ordered larger ones, discovering in the process that the bigger boxes also sold well in Japan. 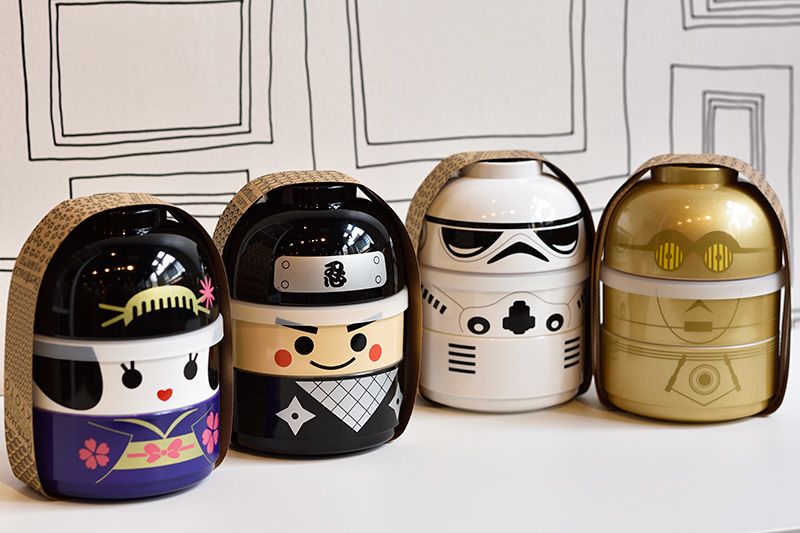 Magewappa boxes are crafted by hand from sturdy Japanese cedar grown in the northern prefecture of Akita. Bertrand made it possible to sell the curved lunch boxes at a lower price by simplifying the design so that there was a straight dividing line between the box and lid. He also sells items produced in collaboration with French pastry chef Pierre Hermé and bentō boxes based on the popular Japanese YouTube channel Cooking with Dog.

“We have a large range including traditional bentō boxes, Western-style designs, and products for men and women. Bentō fans use their lunchboxes every day. I think the more specialized boxes you have, whether for onigiri rice balls, pasta, or something else, the more fun it is.” 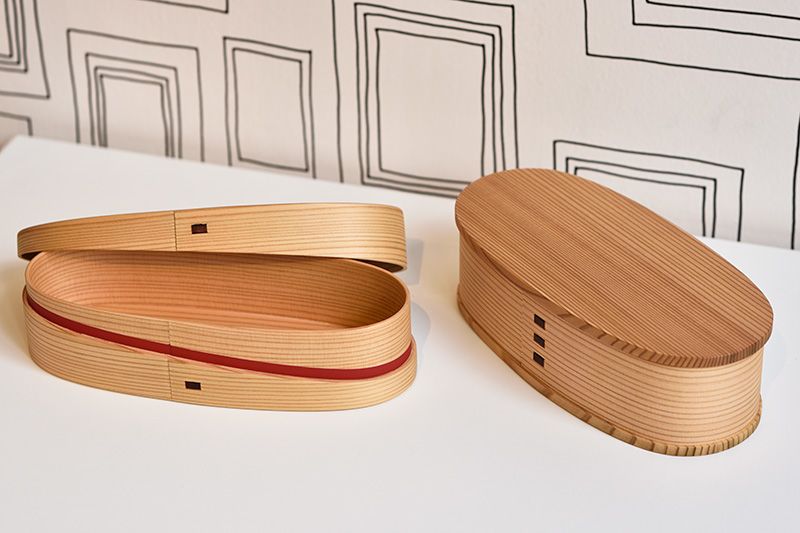 One of Bertrand’s motivations in running his bentō box business was to introduce Japanese culture to people around the world. His new export venture Ship & Co. aims to link Japanese vendors with customers overseas.

“When I started my original service, I really struggled with the procedures. I regularly made careless errors filling in the slips and had to start over. Basically, these documents are a real pain. Using my experience at Bentō & Co., I developed a new distribution service for easily issuing invoices. Other than bentō boxes, there are lots of interesting Japanese cultural products like plastic models and stationery, and I’ll be happy if companies use my system to send them out.”

The spread of bentō culture around the world increases interest in Japanese food. At the same time, it offers expanding culinary possibilities, as fans make adaptations to their local cuisine. 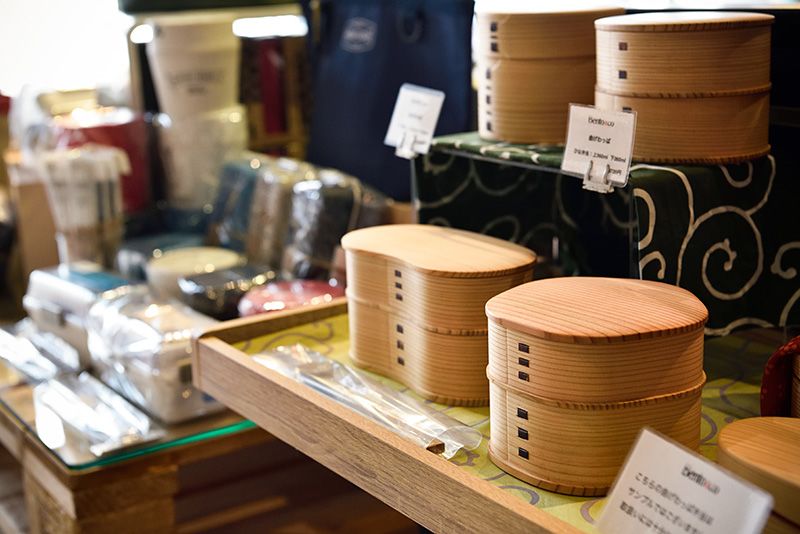